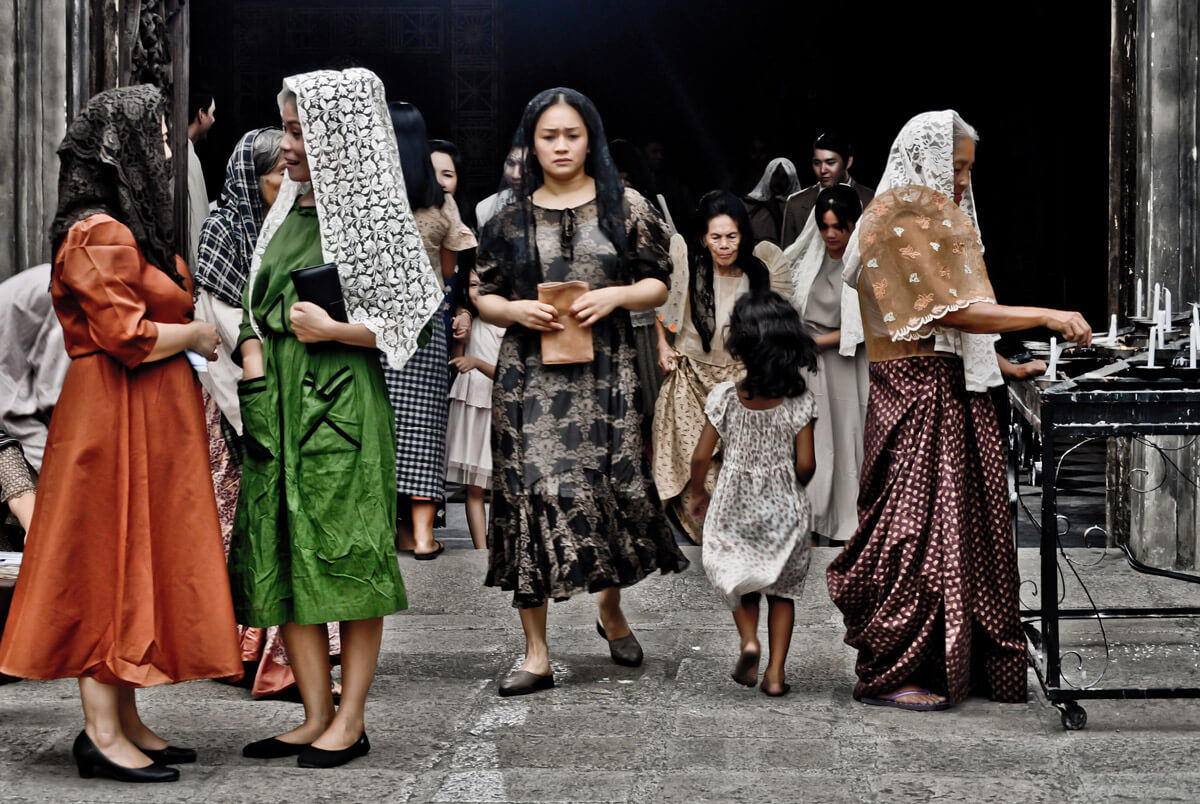 10 Pinoy Movies You Can Watch this Holy Week

Holy Week Movies: While the Lenten Season may be a time for some people to go on out of town trips or take a much-needed breather from work, for most traditional Filipino families, this is a time of reflection, meditation, and prayer. If you’re like me who grew up in the 90’s, your childhood memory of Holy Week may be one where you’re not allowed to listen to loud music or play in the streets with your friends because “Jesus is dead”.

At least we were allowed to watch whatever’s showing on TV (on minimal volume), although the only options we had back then were drama specials of noontime shows (because gyrating girls in skimpy outfits are also no-nos), films about Jesus’ crucifixion, and what seems to be a yearly loop of “Himala”, “Magnifico”, “Tanging Yaman”, or “Anak”.

Undoubtedly, these films are true Filipino masterpieces, but in case you wish to turn this movie-watching into a marathon, we got you covered. In no particular order, here are 10 Filipino films to watch this holy week (aside from “Magnifico”, “Tanging Yaman”, “Himala”, or “Anak”):

Before you start screaming “blasphemy”, know that the “Hesus” referred to in this film’s title, is not the religious figure. Iyay (Jacklyn Jose) is a single mother who brings her children with her on a trip from Cebu to Dumaguete, to attend the wake of their recently deceased father named Hesus. It turns out to be a road trip that will bring their family closer, and one that they will never forget.

The film is peppered with several Catholic references, but rather than religion, the film really talks about what it means to be a family. “Patay na si Hesus” is shot in Cebuano, so you may need those subtitles on if you don’t know the language.

Loy Arcena’s 2017 Cinemalaya entry is an adaptation of Rolando Tinio’s “Larawan, The Musical”, which in turn is based on Nick Joaquin’s “A Portrait of the Artist as Filipino”. Set in a pre-World War II in Intramuros, “Ang Larawan” is about Candida and Paula Marasigan, daughters of famous painter, Don Marasigan, as they deal with financial struggles when their father is no longer able to paint.

Again, the story has Christian elements in the backdrop, it even features the real image of the Virgin of La Naval to recreate the La Naval Procession in Old Manila. The film also highlights the importance of family and tradition and tells us that relationships, faith, and resilience can help you overcome difficulties.

A poor family who lives in the slums of Manila wishes to go back to their province to live a better life. They cannot afford to ride the bus, so they take their chances and pedal their way to the province by riding two pedicabs. An ailing father, his tough-talking wife, a cigarette-vendor daughter, a thieving son, a blind and pregnant daughter-in-law (who occasionally has personal conversations with Jesus himself), together with their dog named Kikay, are what makes up this unlikely road trip. As resilient as they are, the family realizes that the road to home won’t be easy, and even with Jesus on their side, sacrifices are necessary.

Pauwi Na is inspired by real life events, when director Paolo Villaluna read in the news about a family in Quezon City, who tried to get home to Leyte by travelling on a pedicab.

Sister Stella Legaspi has become one of Vilma Santos’ iconic roles, and her speech where her character rallies for “katarungan para kay ‘Ka Dencio”, has gone down to be one of her most memorable and moving performances.

Considered to be one of the first films to be critical of the Marcos disctatorship, Mike de Leon’s “Sister Stella L” is the story of a nun-turned-activist, who went to the streets to protest the anti-poor labor practices of the government.

This entry has some mature themes so you may want to offer some guidance when watching with the kids. This psychological drama is set in a pre-Martial Law period, and is about Sister Remy and Sister Lourdes, nuns from an isolated monastery in Rizal. One night, sister Lourdes is assaulted by bandits, putting the monastery in a state of unease and terror.

Aparisyon tackles the morality, sin, faith, and guilt by making you ask yourself: at a time of unrest and injustice, how long will you be a bystander? After all, “silence encourages the tormentor, never the tormented”.

Kiko is a young boy who is left under the care of his nanny after the recent death of his mother. Burdened by having no close relative to turn to, and no other family to console him other than his Yaya Diday, Kiko channels his energy into boxing. Along the way, he hopes to rekindle his relationship with his father, who also used to be a professional boxer.

Kiko Boksingero is a slow, charming film about love, family, and dreams. It shows us that being family goes beyond blood relations.

CJ (Enchong Dee), the youngest and only son in the Salazar family announces that he is going to be married to his 4-month girlfriend, Princess (Angeline Quinto). His four elder sisters Teddi (Toni Gonzaga), Bobbie (Bea Alonzo), Alex (Angel Locsin), and Gabbie (Shaine Magdayao) all thought that this is a bad idea, so they come up with schemes to prevent the wedding.

This Star Cinema film is memorable to me for several reasons – first is the family confrontation scene, where Bea Alonzo’s character delivered her meme-worthy “bakit parang kasalanan ko” line. Second is the fact that we have an extremely satisfying scene where Angel Locsin’s character drags Mocha Uson by the hair. Oh, and this is also a tear-jerking comedy-drama about family.

Read the Synopsis of the biographical drama, “Papillon”

Another award-winning Cinemalaya entry, Pamilya ordinary follows two homeless teenagers, and the tragedies they had to go through when their baby is kidnapped from them. The movie gives us a no-holds-barred, in-your-face storytelling of the protagonists’ life on the streets. At the end of it all, it is their love for their firstborn that gives them the endurance to push through all the disgusting horrors of the city.

It goes without saying that there are a lot of swearing and other mature content in this movie so again, guidance is advised when watching with the kids.

Arguably a film that is ahead of it’s time, Lino Brocka’s “Ang Tatay Kong Nanay stars Dolphy Quizon as Coring, a gay beautician who finds herself in an awkward predicament when the man she is in love with leaves his baby behind. Coring then takes it upon herself to raise the child, and not soon after, she realizes the difficulties of being both father and mother.

The film heavily anchors on themes of family, identity, and is a gentle reminder that love transcends gender. In one scene, Coring is asked if even once in her life, she felt ashamed about who she is, to which she gave a tearful reply of “bakit ako mahihiya?” (why would I be ashamed?).

Chito Rono’s adaptation of Lualhati Bautista’s novel is a must-see, especially now that historical revisionists are trying make us forget what really happened in the Martial Law era. Dekada ’70 appeals greatly to anyone who is ready to listen and understand the historical context of that decade.

Revolving around a middle-class family, “Dekada 70” tackles the issues of a normal family in a period of our nation far from normal. The film gradually centers to the matriarch Amanda, immortalized by Vilma Santos who endured to see a son joining the movement, and other contradictions with her husband and children borne out of the social ills of the time.