Total
0
Shares
0
0
0
With the burial of the dictator Ferdinand Marcos at the Heroes’ Cemetery, more commonly known as the Libingan ng mga Bayani, old wounds of the Philippines’ bloody Martial Law history has been reopened. Sadly though, many Filipinos are still deluded, believing that the Marcos era has been a golden age for the country. 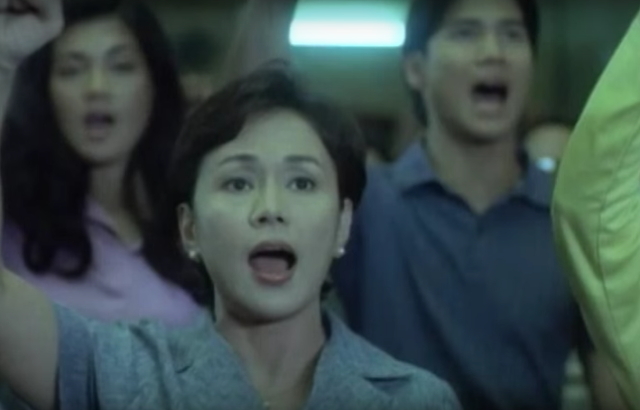 The youth who participated in the mobilization against Marcos’ burial has proven that they are not the apathetic, selfie-obsessed millenials that social media have painted them to be like. Sad to say, not everyone has the same sentiments, and there have been calls to “move-on” from the crimes of the Marcoses in the past. Easy to say when it’s not your father, mother, or sibling who was tortured and killed in the most inhuman ways possible.

Awareness and enlightenment about the horrors and history of the Marcos rule has become necessary right now more than ever. When many refuse to believe (or blindly believe), what they see online and hear on the news (“bias” daw kasi!), every resource available that may educate our fellow Filipinos have become very important. Books, lectures, interviews, and yes, films would be valuable and reliable sources of information about this dark history of the Philippines.
If you have friends in Facebook or IRL who may need some insights on what really happened during Martial Law, here are seven films (in no particular order) that you may suggest for them to see:

Movies about Martial Law in the Philippines

For starters, Chito Rono’s adaptation of Lualhati Bautista’s novel is introductory to anyone who has been kept in the shadows of history. Revolving around a middle-class family who witnessed the Marcos regime before, during, and post Martial Law, Dekada ’70 appeals greatly to anyone who is ready to listen and understand the historical context of that decade.

It tackles the issues of a normal family in a period of our nation far from normal. The film gradually centers to the matriarch Amanda, immortalized by Vilma Santos who endured to see a son joining the movement, and other contradictions with her husband and children borne out of the social ills of the time.

Made three decades after Martial law, Roño’s drama offers a prelude, a realistic approach to how the personal is ultimately political.

This is one of the more recent films made to pay tribute to the nameless people who fought in the dark days of the martial rule. Lamangan’s style of drama utilized the present day issues weaved from flashbacks of the political turmoil at the time of the dictatorship. Sigwa, which translates to “Storm,” refers to the First Quarter Storm of the great political movement that started on January 26, 1970. It was a patriotic youth movement from the Metro that spread to other islands and the countryside.

If Dekada ’70 featured the movement as background, Sigwa celebrated and emphasized it in its plot. Lamangan’s attempt to humanize the people in the movement was done through the help of a stellar cast of veteran and mainstream actors: Dawn Zulueta who played the main protagonist Dolly (whose young counterpart is Megan Young), Tirso Cruz as the former radical turned traditional politician, and Zsa-zsa Padilla as a rebel commander.

Whatever happened to those who fought the Marcos dictatorship? That is what Sigwa tries to give justice to. Some of which chose to lay-low, while some became the monsters they once pledged to fight. Definitely, a must see especially in times like these.

A masterpiece of Lino Brocka, if not, for the Philippine cinema. Maynila sa Mga Kuko ng Liwanag was already at the forefront of social realism even before Martial Law. It attests to the moribund system both in the cities and the countryside. The messaging was strong and real: the ordinary Filipino’s aspirations for a better life are bound to become tragedies. It was a striking contrast to what was Marcos was parading, a “New Society,” a promise of development.

Brocka’s vision was uncompromising, he saw what was coming and he saw blood. No filmmaker has articulated a position of radicalization and the power of cinema, not only as simulations of reality but as a critique, a weapon. Maynila sa Mga Kuko ng Liwanag reminds us that recipients of fascism and violence are not limited to those who fight nor is it always outright. Most of the time, the country’s normalized poverty is the worst kind of violence.

“Made at a time when Manila was literally on fire,” Nick de Ocampo animatedly retells the production process and how they were able to pull this off. Martial law was lifted but remained fresh in the people’s collective psyche. Marcos was still president but not for long. Remember, it was a time of censorship and attacks against artists and people with dissenting opinions against the first family. 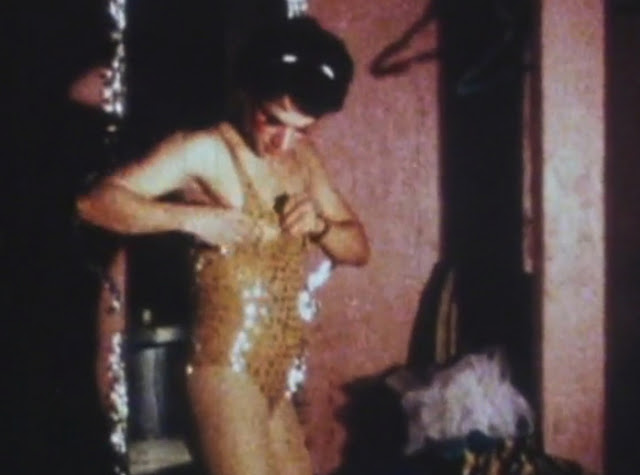 “OLIVER: Pagbabago mula Spiderman Tungo sa Kalayaan” was one pivotal moment in Philippine documentary filmmaking. It tells of a club performer by night who is both a father and a husband by day. De Ocampo humbly submits to Oliver (real name: Reynaldo Villarama) in telling his story. And in turn, Villarama at ease, delivers candid and genuine moments for De Ocampo to capture.

Issues of gender norms are directly raised. The process of Villarama’s transformations to the many faces of Oliver have been depicted with honesty: drag shows, boyfriends and prostitution. It was a glimpse of Manila’s crevices – the Manila that never sleeps. It was queerness as an emerging discourse versus the Marcos regime. Again, it was revolutionary cinema vis-à-vis a nation ruled by fascist strongman.

It was empowering to see Villarama in his many transformations but more powerful is his yearning for a better life for his family. De Ocampo chose a beautiful ending to look forward to. Oliver performing his famous act as Spiderman juxtaposed with Villarama’s continuing liberation from the vicious cabaret of poverty.

This deserves the second spot, aside from the fact that it is beautifully made, but because no political film have been so underrated unlike Barber’s Tales. With stunning performances by Eugene Domingo, Iza Calzado, Nonie Buencamino, the script (also by Lana) was brought to life. It is an epic about a woman in a small barrio under militarization through the national command of Marcos to wipe out all insurgents. Where else can we see the real atrocities of Martial Law but in the countryside where the real war is being waged?
Marilou (Domingo), is a typical woman of the rural – meek and subservient, but everything changes after the death of her abusive husband. The effective build-up towards her emancipation can be credited to Lana’s meticulous direction. Audiences will surely be disquieted by this powerful film. Notable is Domingo’s performance as a restrained figure, reminiscent of Nora Aunor in “Tatlong Taong Walang Diyos”, which is undoubtedly a major influence on Barbers Tales from start to finish.

TRIVIA: Luna wrote the script a decade ago but no one would produce it. After studying film abroad, he went back and directed it himself. By the way, watch out for the cameo performance of Nora Aunor.

One of the most iconic characters in Philippine cinema is Sister Stella (Legaspi). The film, through the direction of Mike de Leon, drives home the point that even the pious and pacifist people of the church will choose the road less taken at the time if history necessitates. Sister Stella, played by the celebrated Vilma Santos, started as a fence-sitter but later challenged by the turn of events. We follow her as she grows among the struggle of workers, from a supporter, to thinking like a worker herself. One vibrant background in the narrative is the Martial Law’s crackdown against workers on strike, which eventually became one of the forces that toppled down the Marcos regime. The film’s appeal is precisely its utilization of an ordinary member of society (even of the church) and the great journey of realizing that the next best thing to freedom is when we fight for it.

TRIVIA: Popularly, Sister Stella L is said to be based from the life of Coni Ledesma, an activist nun turned consultant of the National Democratic Front of the Philippines. However, Ledesma in an interview, humbly dismissed this allusion and replied: “All I know is that it was a composite of different nuns. I cannot take the solo credit.”

Set at a time after the fall of the Marcos dictatorship, Orapronabis literally means “fight for us”. The familiar protagonist here tries “move on” from his life as an activist yet confronted with the continuing horrors after Martial law. Timely not only for its retelling of the Marcos years, but because of the issues in the film that seem to mirror the bloodshed this nation saw even decades after the film was first shown. Killings of lumad and peasants by state sponsored paramilitaries and the government’s continuing human rights violations against the people are all too familiar for us now.

Former priest activist Jimmy, like many of the Filipino people, chose to believe that democracy has been restored after the fall of Marcos. We see Jimmy grow in the film, taking the courage to recognize the truth and necessities to change them.

TRIVIA: Some of the scenes in the movie are based on real events such as the existence of cult-like paramilitary groups and the killing of a priest. It was a tribute to Father Tulio Favali who was murdered in 1985.

With wounds still unhealed, justice still elusive for the vicitms of Marcos regime, and with the same oppressive apparatuses wreaking havoc against the people, Orapronabis offers more than nostalgia. It offered a choice to continue the unfinished battle for a better world.

As said in the film:“Putang ina, Jimmy. Akala ko tapos na’ng mga panahon na ganito? Akala ko pwede na’ng mabuhay nang normal?”Credits to the images and videos used in this post go to their respective owners. We do not own these materials. No copyright infringement intended.