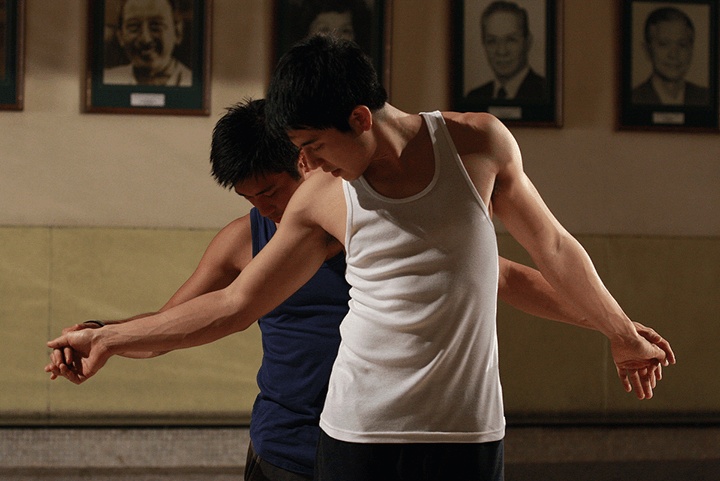 10 Must-See LGBT Filipino Movies: The times have been both kind and unkind to the LGBTQIA++ Community. While the imperial States have legalized same sex marriage, Russia continues enforcement of its anti-gay policies. Taiwan broke records as the first Asian country to embrace same-sex marriage in its government. A few miles away, an Indonesian province went viral because of its public shaming of two homosexual partners. The Philippines was named among the most gay-friendly countries in the world, and while its Communist party is known for its revolutionary marriages of all sexes, the Duterte administration stood firm in its stand of rejection as both the Church and a Civil Code hold as evidence to the “sin” that is homosexual union.

In the long run, it is not just about marriage but visibility and acceptance. Of normalizing what was centuries long considered as a taboo. The community has long reserved itself into hiding – relying on private underground parties and meetings, and in public exhibiting coded signals and innuendo. Beginning with the Stonewall Riots of the 1960s, the LGBTQIA++ community has asserted itself and thanks to a history of battles, its advocacies are finally considered as human rights.

When gay icon Judy Garland sang “somewhere over the rainbow, way up high”, birds flew over an ideal world that was projected on a screen. The community relied on representation in the most popular of art forms still beloved by the masses – the cinema. Vito Russo’s THE CELLULOID CLOSET (1995) documented the coded homosexual undertones of Classical Hollywood, especially with film noir and women’s pictures. But the documentary also signaled the most important era of queer filmmaking – the New Queer Cinema. The New Queer Cinema of the 1990s kickstarted a spectacular number of queer images that defied standards, offed the conservatives and have continually sparked conversation. Come the 2000s, local independent cinema would also adopt the trend, if not for softcore porn fantasia it has been an avenue for LGBT rights to be shown and told.

The 2010s saw an upswing in the progression. A mosaic of queer images now dominates the indie scene (although a lack of lesbian films seems to be very glaring). The stereotypical images have persisted in local commercial cinema, but you know there’s progress when Angel Locsin and Sam Milby headlined a bisexual picture with THE THIRD PARTY, which is quite a good film.

The struggle lingers on, as the LGBTQIA+++ establishes itself among the movements of race, class and identity. The queer struggle is not and will never be separate from its socio-political background, and this list of LGBT Filipino movies (in no particular order), shall serve as the community’s own time capsules of a continuing struggle for freedom and equality. – Gio Potes

After JACK EN JILL and FACIFICA FALAYFAY, King of Comedy Dolphy surprised the masses with a melancholic Brocka film that redefined the concept of family. ANG TATAY KONG NANAY is among both artists’ most iconic and also their most heartwarming – Dolphy running home from a rain-drenched pageant only to find a young boy (played by Niño Muhlach) claiming the gay parlorista is his choice as a father. Released in 1978, the film was not only monumental. It was quite brave. (Gio Potes)

Ishmael Bernal’s ensemble piece is a negation to Imelda Marcos’ claims that Manila is the bastion of what is “true, good and beautiful” as MANILA BY NIGHT oozes with the grit and grime of local corruption and poverty. Straddling along the vignettes are two ranting misfits – a lesbian drug dealer (Cherie Gil) and a streetsmart wealthy gay man (Bernardo Bernardo) who dominate the screen with their rants and lengthy monologues on sex and society. The film is a sociological study of a disintegrating city, and its portrayals of lesbians and gays have never been toppled – they were glorified, tossed aside and humanized. MANILA BY NIGHT’s filmmakers have long discussed who among the many actors is the real voice of reason, to which Bernal answered “yung bakla”.

And even now, it makes total sense. (Gio Potes)

Queering not only the workforce but also what it means to be “padre de pamilya”, OLIVER is a shocking short documentary about an impoverished man’s career as the Spider Woman. Oliver dresses up like Liza Minnelli and puts yarn in his anus to spin a web in his live performance, much to the entertainment of disco freaks and bar goers. Deocampo sheds light on the lives of queer performers to reveal an urban poor setup in Marcos’ New Society. But the twists keep on tangling as the film itself paints a portrait of a noble man and diva who’d go the extra distance for the sake of family. (Gio Potes)

A major turning point, as it was included in the first Cinemalaya Film Festival and it eventually rose as one of the most popular gay films around the world. The pub stunts saw a simple twink story reminiscent of MA VIE EN ROSE but the film itself revealed otherwise – amidst the pink and the black of a lower class living, Maximo’s own “blossoming” is not only sexual awakening, but also a pubescent maturation caught in the middle of a criminal syndicate and a menacing police operation. It proved its legacy when it was included in Slant’s Essential LGBT Films and remade into a PETA musical directed by Dexter Santos. (Gio Potes)

A gem of literary intertexts, Yapan fills SAYAW with feminist poetry, a local epic, an original guitar-driven score and suave choreography to weave a brooding love story between a middle-aged dance instructor and two muscular college students. Sensual from start to finish, it’s the sadness of love lost via the topnotch performances of Rocco Nacino and Jean Garcia that really anchors the narrative. The eye candy Paulo Avelino is consistent as the bratty amateur who masquerades through dance steps and emotions like a pro. The final dance is nothing short of magical.

It must be noted how SAYAW transformed into a gay date movie in one of its UP Cine Adarna screenings in 2012 – a rare moment of gay audiences collectively swooning in the dark. (Gio Potes)

Quick Change (see our full review here) tells the story of Dorina (Mimi Juareza), a transgender who performs cosmetic surgery, mostly to fellow transsexual clients. Trouble looms when she realizes that there is something wrong with her “operations”, and patients start having pains and bruises in the operated parts of their bodies.

What makes quick change memorable is that it tackles a subject not often highlighted in gay films – how transsexual gays feel the need to be physically beautiful, not just out of vanity or to express their identity, but as a means of survival.

LGBT characters have long been portrayed as laughing stocks or comic reliefs in Pinoy movies (one even attempted to fuse them as quadruplets). This is why it is nice to watch a film about transwomen that makes you feel genuine, complex emotions without being too preachy or melodramatic. The movie doesn’t even try too hard to distance itself from the seemingly endless surge of Vice Ganda-Wenn Deramas slapsticks.

Die Beautiful (full review here) is about the undying friendship between two “konteseras” (or beauty contest “byukon” regulars) Trisha and Barbs, and how Barbs recounts their joys and struggles growing up as transwomen in a two-faced community. Lana’s comedy-drama delivers not only the prized local gay humor, but also pathos – both staples of my own life as a gay man, and for many of us in the LGBT community. (Geoff Ledesma)

Gay characters are more commonplace in Filipino movies than lesbians. So having a local indie film that depicts the life of a lesbian millennial is a fresh take on how the movie industry tackles LGBT stories and issues.

Baka Bukas, directed by Samantha Lee, is your typical best-friend-secretly-loves-best-friend romcom film, only the leads are both women. 23-year old multipotentialite Alex (best actress Jasmin Curtis-Smith) is secretly in love with her best friend, Jess (Louise delos Reyes), who does not know both Alex’s feelings and sexual preference. Jess eventually finds out, and soon entertained the possibility of a romantic relationship with her best friend.

The film in its entirety is a non-event, showing only coolness and not much depth. Still, the movie is very relatable as it shows how lesbian relationships are as normal as any other relationship should be. If anything, it was courageous enough to set the stage for future Filipino lesbian movies. (Jona Atienza)

Zombadings 1: Patayin sa Shokot si Remington is an ice-breaker film. It handles the peculiar challenges faced by many in the LGBTQ community, specifically gay men, with crass, but welcome, levity. It is the kind of movie that can entice even the most homophobic family member to challenge, perhaps reconsider, their prejudices toward gender and sexual minorities.

The plot follows the protagonist, Remington, who, as a boy, insults an older man for being gay. The older man, a witch, curses Remington to become gay himself when he turns 21. Sure enough, after his twenty-first birthday, Remington starts to act effeminate, feels drawn to wear women’s clothing and make-up, and, to his surprise, suddenly speaks and understands bekimon, the underground parlor-street talk of the gay community. As Remington’s curse continues to unfold, gay zombies – the victims of murderous hate crimes – attack his town. (Kyle Cruz)

I know what you’re thinking. This is not even a film about the celebration or struggles of LGBTs but it is precisely Barber’s Tales delivery of how the many struggles of freedom intersect that got it on the list.

Set at a time of Martial rule, the film captured the countryside and the layers of oppression deeply rooted from feudalism. Marilou (Eugene Domingo), is a typical woman of the rural – meek and subservient, but everything changes after the death of her abusive husband. The beauty is also in how the story presented different archetypes of women in the rural. The battered wife, the mother who is constantly pregnant, the doting old maid and the prostitute are all confronted with the question of freedom.

Though not explicitly revealed in the film, Marilou and Cecillia (played by Iza Calzado with such frailty) had some tension going on, even inciting a sexual bond. However, Lana dismissed that there is anything sexual between the two characters and instead provided a more fitting explanation that Marilou and Cecillia actually found deep emotional refuge from each other.

This time the narrative ended not in the demise of the protagonists, instead it gave many of us hope, a truthful one. Barbers tales sent out, a timely message of truth for LGBT movement: only when struggling genders became conscious of their double oppression can they realize that their full liberation will only come when they link arms with the rest of the exploited Filipino people. (Justin Macata)

The LGBT Filipino movies mentioned above are the shortlisted entries from the recommendations of the whole Geoffreview team. For your reference, below are all of our film recommendations, including the ones that didn’t make it to the Top 10.