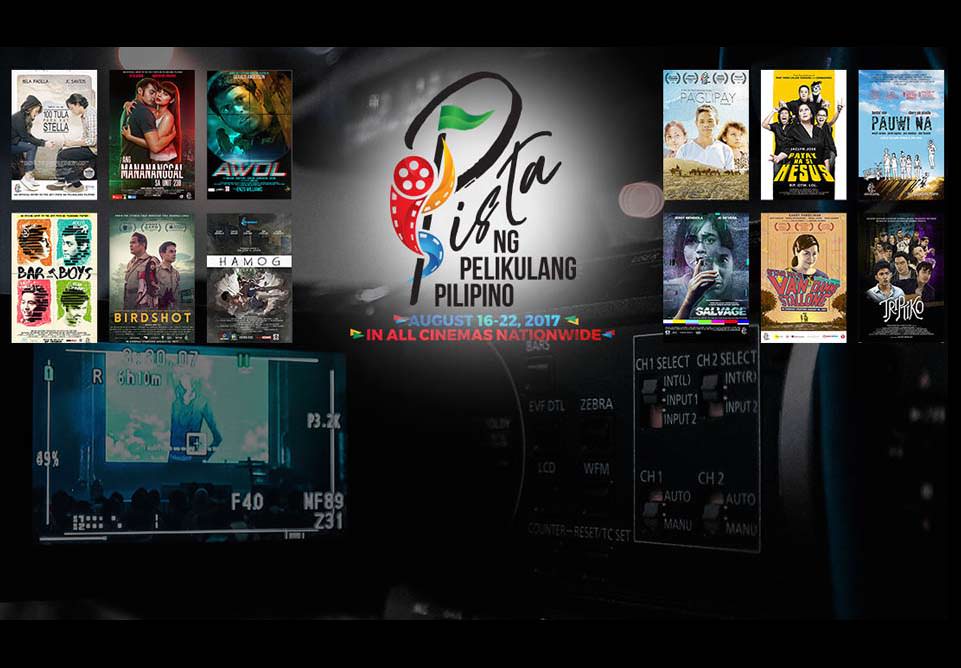 Synopsis: A bittersweet romance about a shy, unassuming guy’s secret love for one of his classmates who inspires him to write poetry as an outlet for his undeclared feelings.

Synopsis: A lonely woman with dark secrets fall for a broken-hearted guy amidst mysterious murders in the city.

Synopsis: AWOL is an action-thriller about an expert Army sniper who, armed with his tactical knowledge and deadly skills, goes on a quest to protect his family from the man who masterminded the attempt on his life and his loved ones.

Synopsis: While venturing deep in the mountains, fifteen-year-old Maya unknowingly kills an endangered Philippine Eagle, leading the authorities to start a manhunt to find the eagle killer. Forced to hide in the forest to elude the police, she hears the call of an eagle. She follows its call to a place where a grim secret unravels. Click for our Birdshot Review.

Synopsis: A story of 4 children called ‘Batang Hamog’ who got hooked in 2 consecutive and unexpected events in their daily routine of crime and survival in the busy Manila streets.

Synopsis: In order to earn for the bride-price, Atan crosses the mountain river going to town wherein he meets a city girl who would make his life turn.

Patay na si Hesus Synopsis: A single mom drives her children from Cebu to Dumaguete to attend their estranged father’s funeral. Along the way, they make several stops, many of them unscheduled.

Synopsis: An ailing man. A nagging wife. A blind pregnant woman. Jesus Christ and a dog. Join their journey as they leave the failed promise of Manila back to the province–using only a pedicab.

Synopsis: A news team invetigating rumors of aswang killings in a remote barrio are attacked by a group of soldiers, forcing them to run for their lives in the deeps of the forest, where more mystery and danger lay in wait.

Synopsis: Triptiko is an anthology of stories about how life can sometimes take unexpected turns.

Synopsis: The life story of a kid diagnosed with Down Syndrome. Van Damme Stallone dreams of becoming a film actor; his family has to make ends (and dreams) meet.

Promo: 4+1 Buy four tickets and get 1 ticket for free