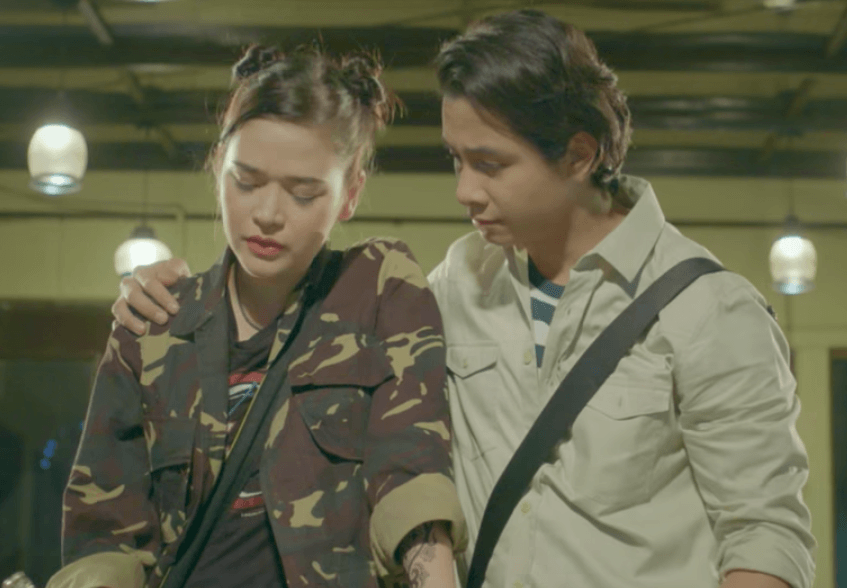 100 Tula Para Kay Stella Review: It’s easy to understand how 100 Tula Para Kay Stella became the top-grossing film on the opening day of Pista ng Pelikulang Pilipino 2017. The lead actors (who delivered remarkable performances, by the way) definitely brought in a throng of eager fans, but the film’s appeal came primarily from being relatable, and how it speaks the language of young Filipinos. It was tear-jerking, it was amusing, but sadly, it wasn’t new.

In this film by Jason Paul Laxamana, 100 Na Tula Para Kay Stella is a coming-of-age story about a stuttering college boy named Fidel, who writes poems to express his love for the campus star Stella. As they go through college and become close friends, Fidel keeps on writing his poems. When he reached his 100th dedication, Fidel decides to finally give the poems to Stella to confess his love.

I tried to pinpoint why 100 Tula Para Kay Stella felt strangely familiar. Have I read a similar story before? Was the plot exceedingly relatable, it makes you think it has happened to you in real life? It was towards the end of the film when I realized that the plot was considerably similar to that of Marc Webb’s 500 Days of Summer. Putting the non-linear plot of “500 Days” aside, the awkward guy meets carefree gal premise is there, so is the friend-zoning phase, the timestamps (in the case of “100 Tula”, the indicators of time are the poems, compared to “500 Days”’ number of days.), even the endings of the two movies echo each other. If you’ve seen how 500 Days of Summer ended, you pretty much know how 100 Tula Para Kay Stella would turn out in the end. Yep, Autumn and all.

But this doesn’t mean 100 Na Tula Para Kay Stella, is a bad movie altogether. If there’s one thing that the filmmakers did right, it’s casting JC Santos and Bela Padilla for the lead roles. The two actors’ brilliant performances, coupled with their effortless chemistry carried the whole film. The script also felt natural and despite the poems, not formulaic; making Stella and Fidel’s conversations seem spontaneous and realistic.

Dwarves and a Dragon: A “The Hobbit: The Desolation of Smaug” Review

500 Days of Summer or not, 100 Tula Para Kay Stella still is worth your time and ticket. It’s not a typical love-story as far as Pinoy romance films are concerned.