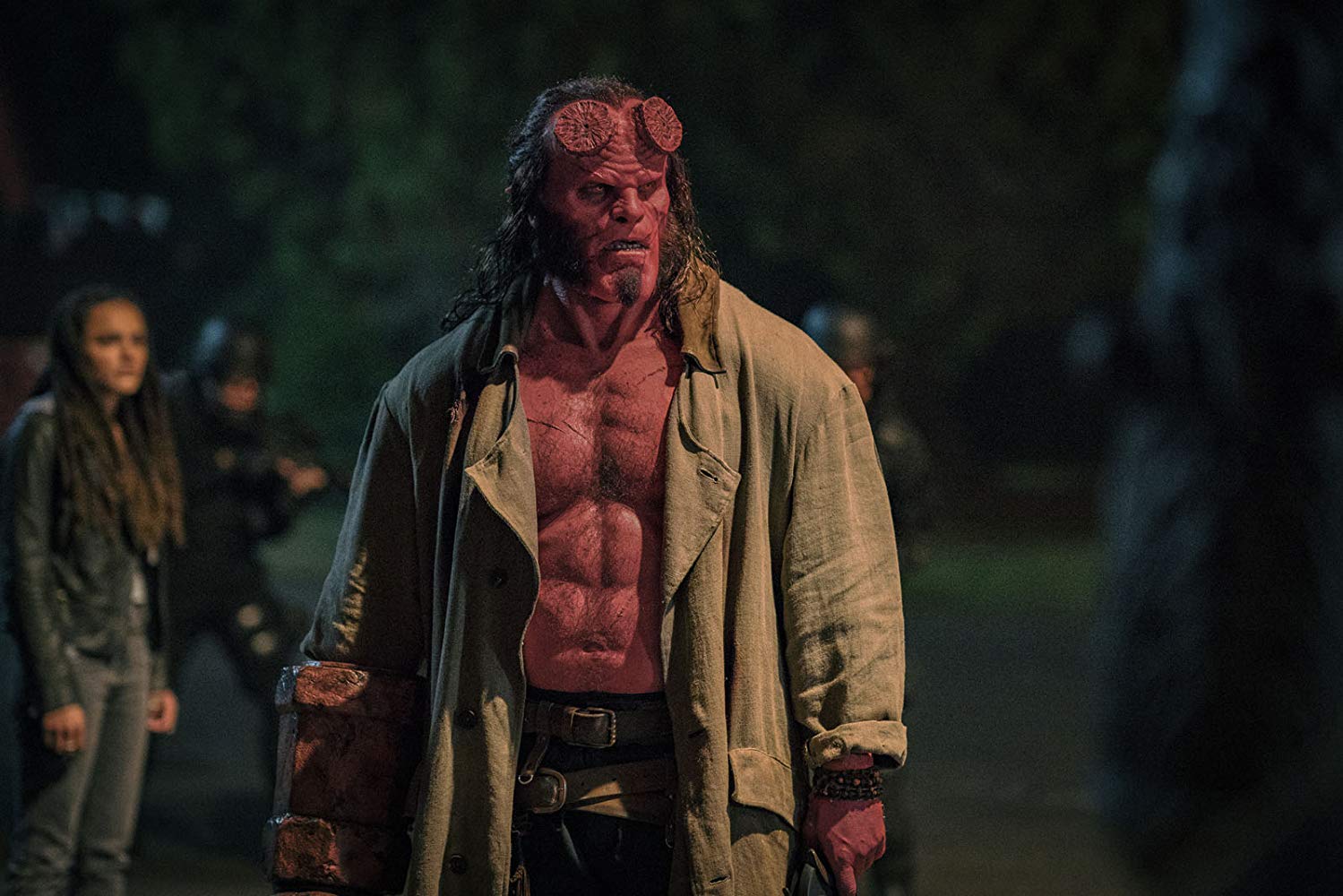 When my movie buddy and I were deciding which “Neil” movie we should see – Neil Jordan’s “Greta” or Neil Marshall’s “Hellboy”, I insisted on the latter since I vividly remember enjoying Guillermo del Toro’s 2004 and 2008 adaptations. My mistake is going blindly into the cinema not realizing that Marshall’s version of Hellboy is actually a reboot. Though the 2019 film is more faithful to the comic books (or at least it tries to be), del Toro has already built a solid cinematic world around the character. I’m a firm believer of the mantra that if something’s not broken, don’t fix it. Why they had to reboot the whole thing when it’s actually already doing pretty good beats me.

Based on Mike Mignola’s comic book, “Hellboy: The Wild Hunt”, Neil Marshall’s “Hellboy” takes us back to the time of King Arthur, when magic and monsters lived among the humans. Back then, one of the biggest threats to humanity is Nimue, the Blood Queen. King Arthur manages to defeat her by plotting with her own coven to kill her, and using the Excalibur, cut Nimue’s body into several pieces then scattered them across England.

Fast forward to the present, Gruagach, a changeling stuck in a boar-human form, is seeking Nimue’s hidden parts to revive the Blood Queen. Realizing that Nimue’s return would mean the end of humanity, the Bureau of Paranormal Research and Defense sends Hellboy to stop the Blood Queen. However, the Queen is also seeking Hellboy to make him his king, and use his true power to cause the apocalypse.

With horrendous giants, vengeful witches, jealous fairies, and a hot were-Jaguar (yep, that’s a thing), “Hellboy” is a monster universe of its own. The film even has a chicken leg house, that looked like a big-budget version of Telang Bayawak’s chicken-hut in “Magic Temple” (90s kids would get this reference). Sending off strong Van Helsing vibes, all these fantastical creatures probably made the plot look epic on paper, but when rendered on screen it turned out to be a Frankenstein Monster of confused subplots and visual gibberish.

The film wants to say a lot but is unable to bring all of its ideas into one cohesive piece, getting sidetracked to several subplots along the way. This would have been okay if the goal is to add more meat to the story but the problem is, there’s just too much of these that it leaves the audience confused as to where the film is actually going. First we’re hunting vampires in Tijuana, then slaying giants in England, and after that we see baby-snatching fairies.

Oh but we’re not yet done – there’s also the hateful Baba Yaga, a vengeful half-boar changeling, and suddenly a revelation of the rightful heir of King Arthur (???). The worst part is that most of these stories are hurriedly introduced through flashbacks and the characters lazily explaining things away verbally. The movie is just one huge patchwork of expositions brought together to make a 2-hour film. And don’t get me started on the CGI. With all the hyper-realistic capabilities of today’s visual technology, you’ll wonder why many of the visual effects in the movie look like they were from the early 2000s. If anything, at least the demons of the apocalypse were beautifully designed, although I wish that they had longer screen time.

Then there’s Hellboy’s himself. David Harbour is a brilliant actor in Netflix’ “Stranger Things”, so to see him struggling to show any real emotion through that thick, stiff makeup is painful to watch. It’s hard to empathize with the character when all he does is deliver snappy one liners, or yell at everyone like a teenage brat, not quite figuring out whether he’s having daddy issues or monster issues. This Hellboy has no real chemistry at all with his adoptive father, far from the deep father-son dynamics in Guillermo del Toro’s movies.

“Hellboy” is a hodge-podge of tangled subplots, chaotic visuals, and a sad, failed attempt at humor. Needless to say, I left the cinema disappointed. I’m just glad that we also watched “Greta” on the same night to cleanse the palate.