Netflix has dropped the trailer for “Stranger Things” Season 3, along with the official poster, and an announcement that the latest season will be released on July 4, 2019. See the full trailer below.

There’s actually more to trailer than what’s on the surface. “Stranger Things” fans have already started their own research to decode the hidden messages on the video. Here are what we know so far:

The trailer starts with “Dick Clark’s New Year’s Rockin’ Eve” special for the year 1985. This means that Season 3 will happen just a few months after the events of Season 2.

The new year special is sponsored by Starcourt Mall. If you remember, this is also the mall featured in an “ad” in a teaser last year for Season 3. Looks like this mall will be a significant place in the coming season. Not to mention that Steve (Joe Keery) got a job there in an ice cream shop called Scoops Ahoy.

When Blue and Yellow Meet in the West

We then see a clip of a glitchy computer screen with codes. Some of the figures in the code start to reveal the message: “WHEN BLUE AND YELLOW MEET IN THE WEST”. Eagle-eye “Stranger Things” Redditors noticed that in the Starcourt Mall ad, the hands of the clock are colored blue and yellow. Does the code in the trailer refer to a specific time when the two colored hands of the clock meet? If we look at the clock like a compass, would we figure out what “WEST” means in the code? So many conspiracies!

The computer then starts to run a program called “SilverCatFeeds.exe.”. Fans who have gotten their hands on Netflix’s official behind-the-scenes book “Stranger Things: Worlds Turned Upside Down” have discovered that there are morse codes hidden in some pages of the book. Here are the decoded messages.

Decoded the morse hidden in the new behind the scenes book but what does it mean? from r/StrangerThings

Note that one of the decoded messages is “the silver cat feeds”. Could this be referring to the next item in our list:

The computer screen in the trailer also shows “Lynx Corp.”. It makes sense if the program “SilverCatFeeds.exe.” and the message in the morse code refers to a company named Lynx. Trucks with the logo of a silver cat and the word “LYNX” written on them, were also reportedly seen on set. 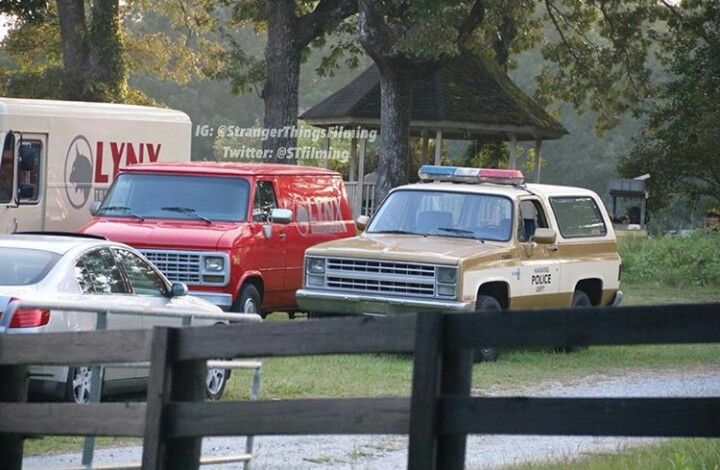 A Trip to the Upside Down

The clips in the trailer the start rotating until what we see are upside-down footage. This is already a tell-tale sign that even though Eleven has already closed the gate to Upside Down on Season 2, it’s possible that we’re going on another trip to the dimension. Another clue is that one of the decoded messages in Netflix’ behind-the-scenes book, say “a trip to China sounds nice”. It may be a stretch but in a Western context, “digging to China” is associated with digging a hole to get to the other side of the world. Maybe in this context, the other side of the world is Upside-Down!

Did we miss anything from the “Stranger Things” Season 3 trailer? Let us know  the comments below!