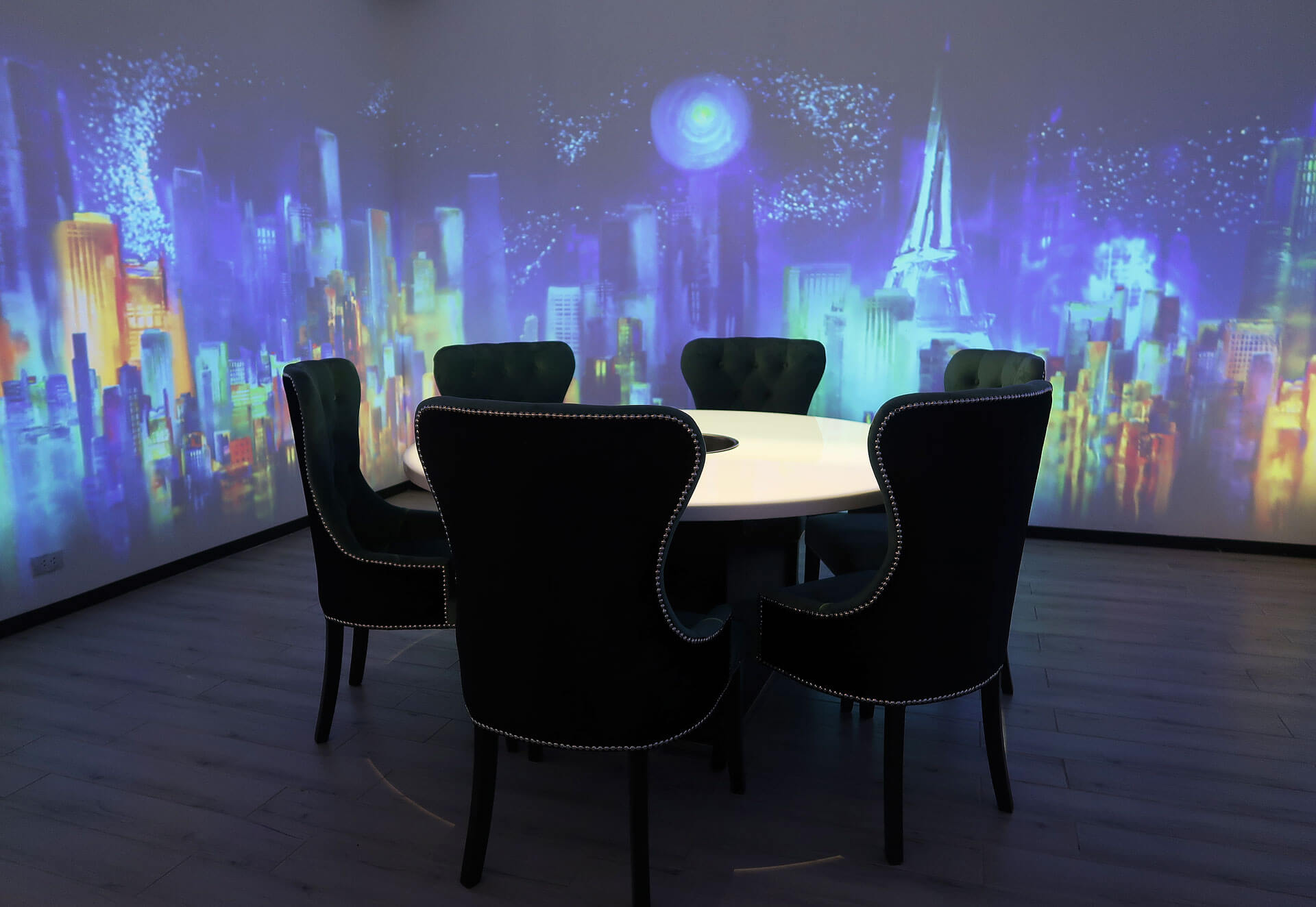 Six Doors 3D BBQ Buffet Review: Korean buffets have taken over Manila. In BGC alone, there’s Samgyupsalamat, KPUB, Jin Joo, among others. Each of these Korean buffets have their own unique selling propositions to customers. In KPUB, you get to enjoy KPOP music and videos while having your barbecue. Samgyupsalamat on the other hand, takes pride in their nine different kinds of meats. In Jin Joo, you can try eight different kinds of marinades. Korean barbecue on its own is pretty straightforward, so if you want to stand out among competitors, it’s necessary to offer something different.

When it comes to uniqueness, it’s hard to top that of Six Doors’ 3D BBQ Buffet. If you’re also wondering what a “3D” barbecue is like, you’re not alone. When I first heard of it, I imagined holograms, maybe even a VR – just about anything that would make something “3D”. The actual experience though, is somewhat underwhelming. 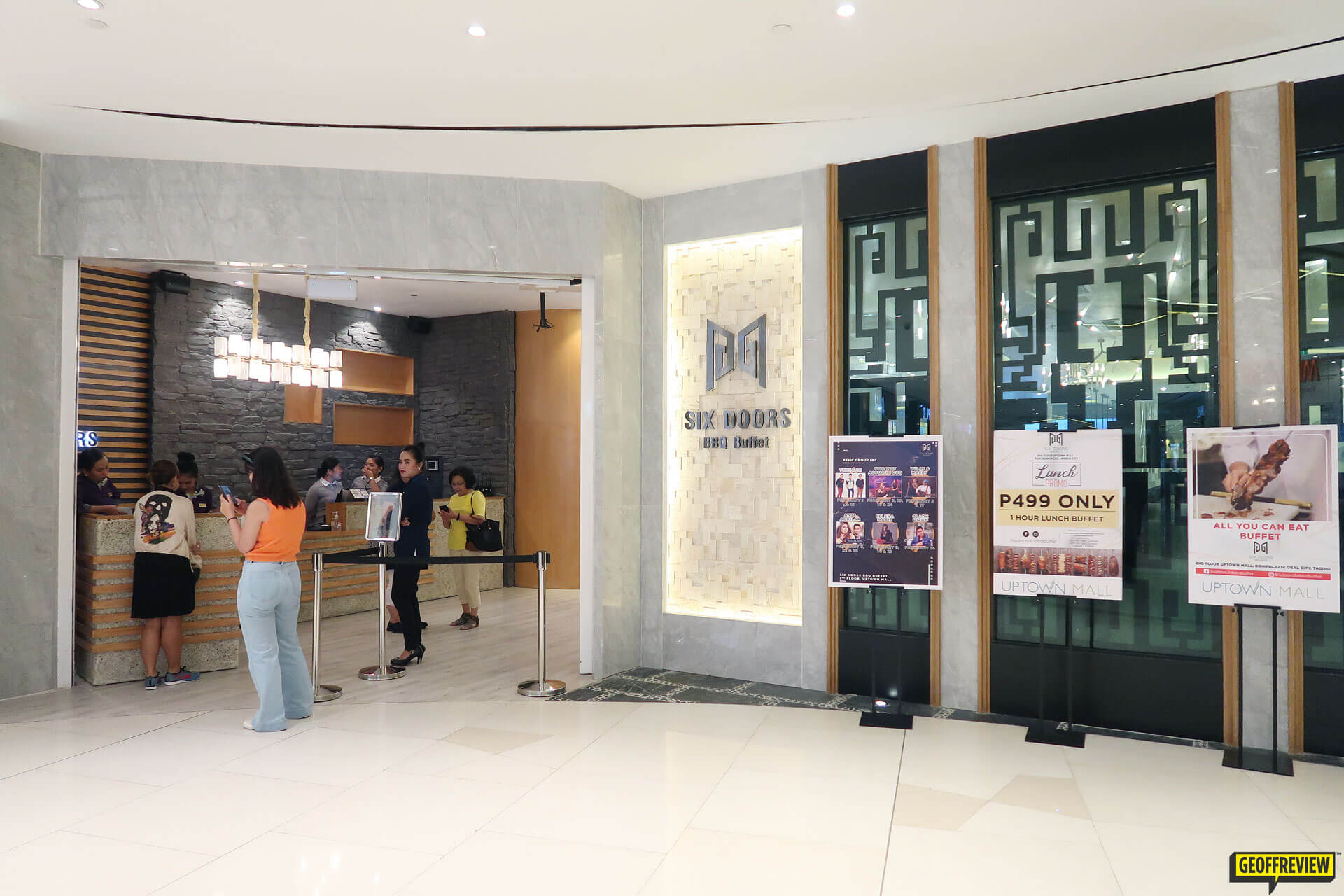 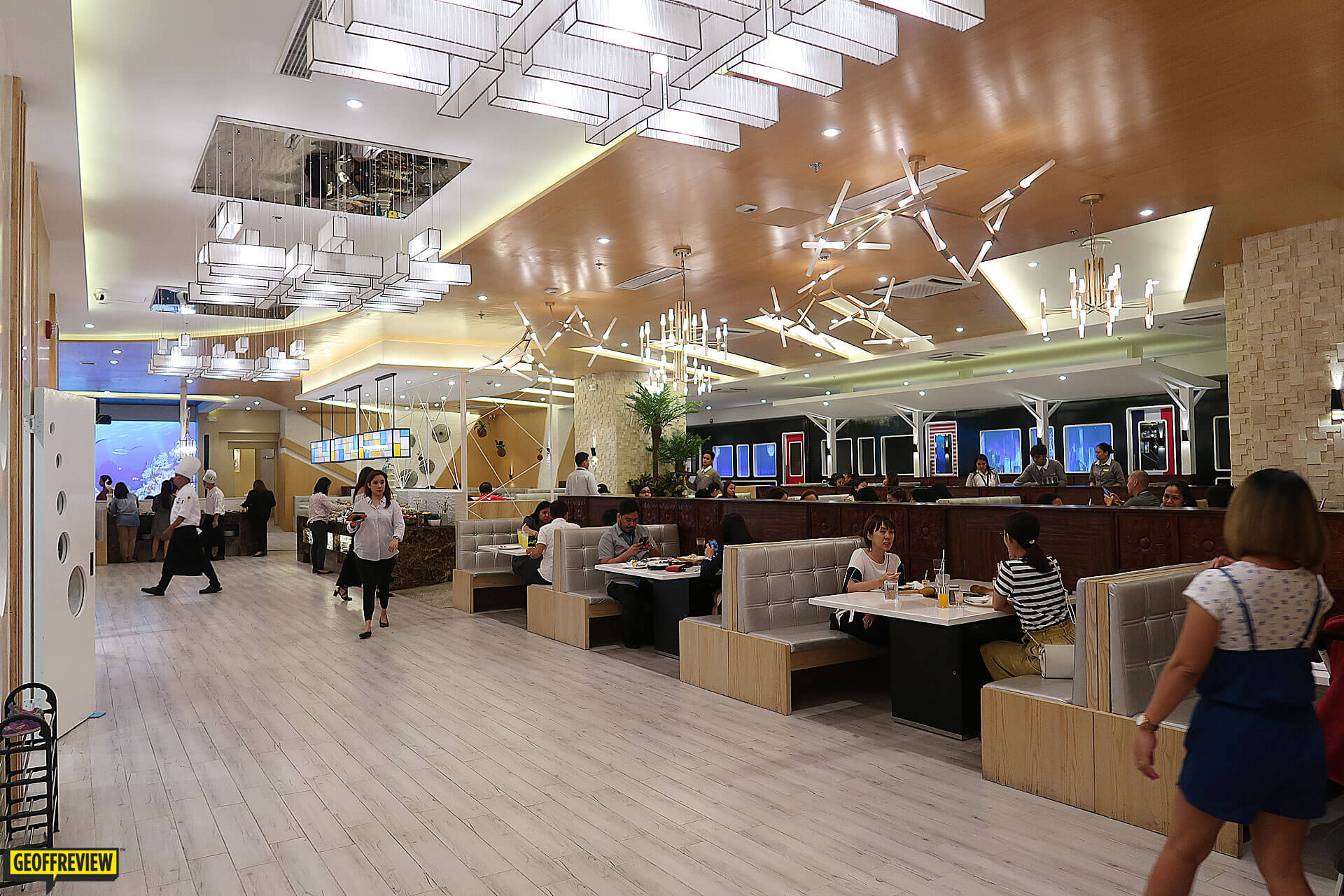 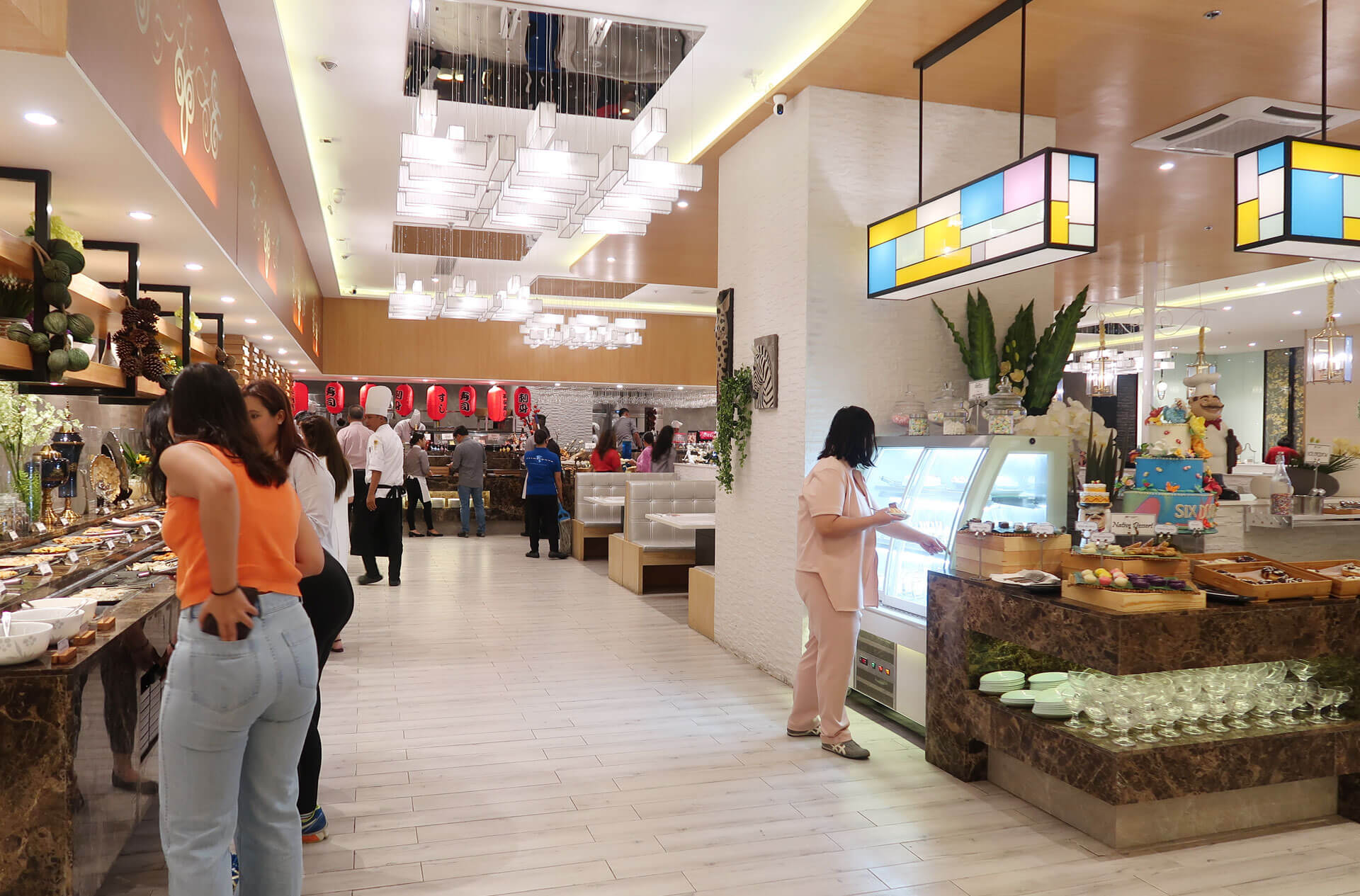 To satisfy your curiosity, let’s answer the obvious questions first – Why “Six Doors” and how is it “3D”?

The “Six Doors” part of this buffet is because of the six themed VIP rooms. Each room supposedly gives you an experience that “transports” you to a different country. So how are these themed rooms unique? That’s where the “3D” part of the story comes in. 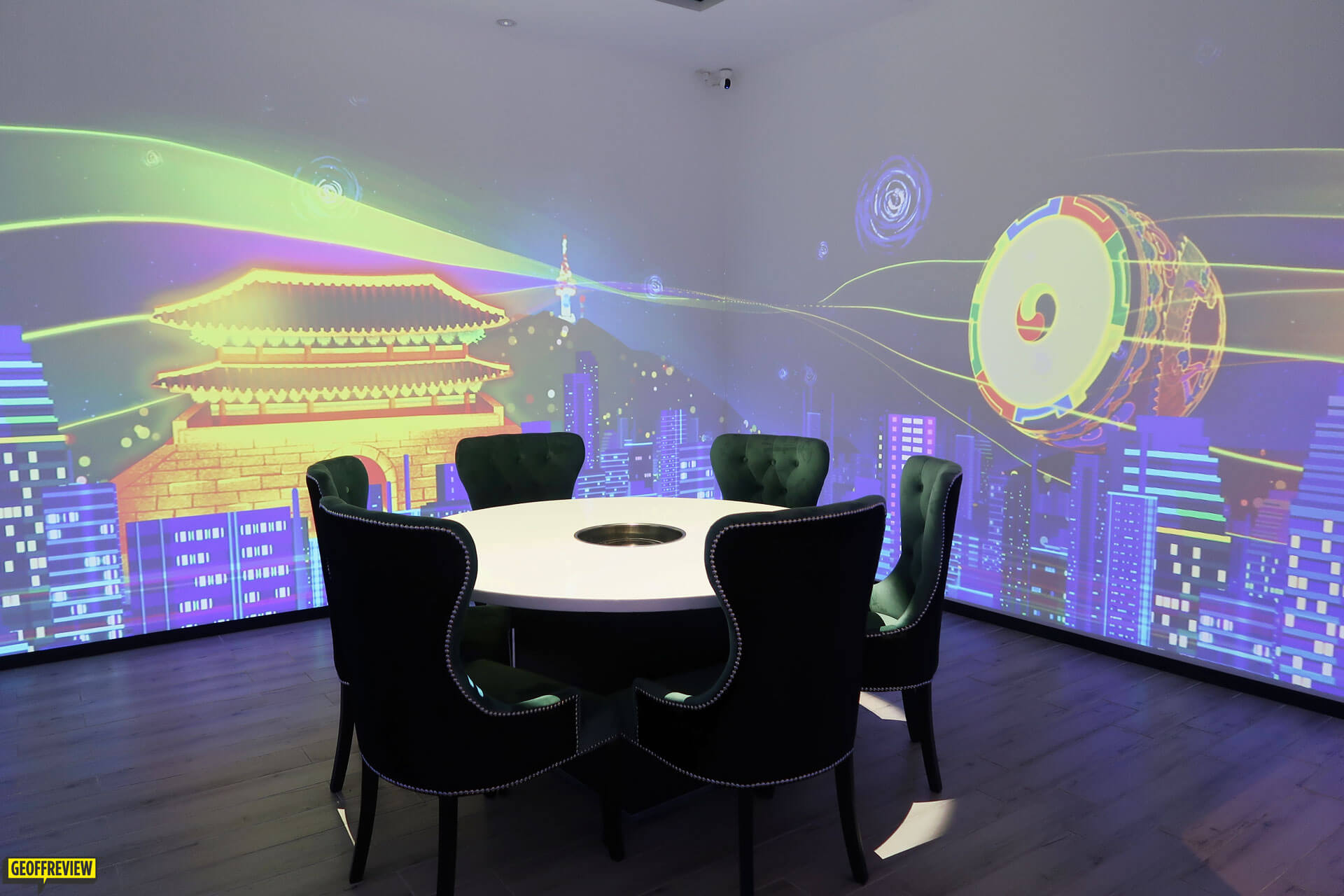 Each VIP room is equipped with 3D mapping technology, showing you various moving images based on the country-theme of that room you pick. The projections though are not just limited to the walls. There will be mapped projections right on your table, giving you an immersive experience literally on your dinner.

This is a nice and creative concept and if I’m not mistaken, there’s no other restaurant that does that here in the Philippines. If you ask me though, the wall projections won’t necessarily elevate the dining experience because really – it’s just projections on flat, white walls. Also, only two of the eight-course menu that are offered in the VIP rooms have table mapping projections, so if you’re not going to book those, might as well get a regular table.

Now onto the food. I get why Six Doors 3D BBQ Buffet’s primary selling point is their VIP rooms – it’s because the food that they offer isn’t really that different from other buffets. Think of the spread that you see in Yakimix but with 3D projections.

You get the usual international cuisines from different stations – there’s Chinese, Japanese, and other various local and international delicacies. The cold station offers different kinds of meats for grilling, but frankly KPUB’s meats tasted better. 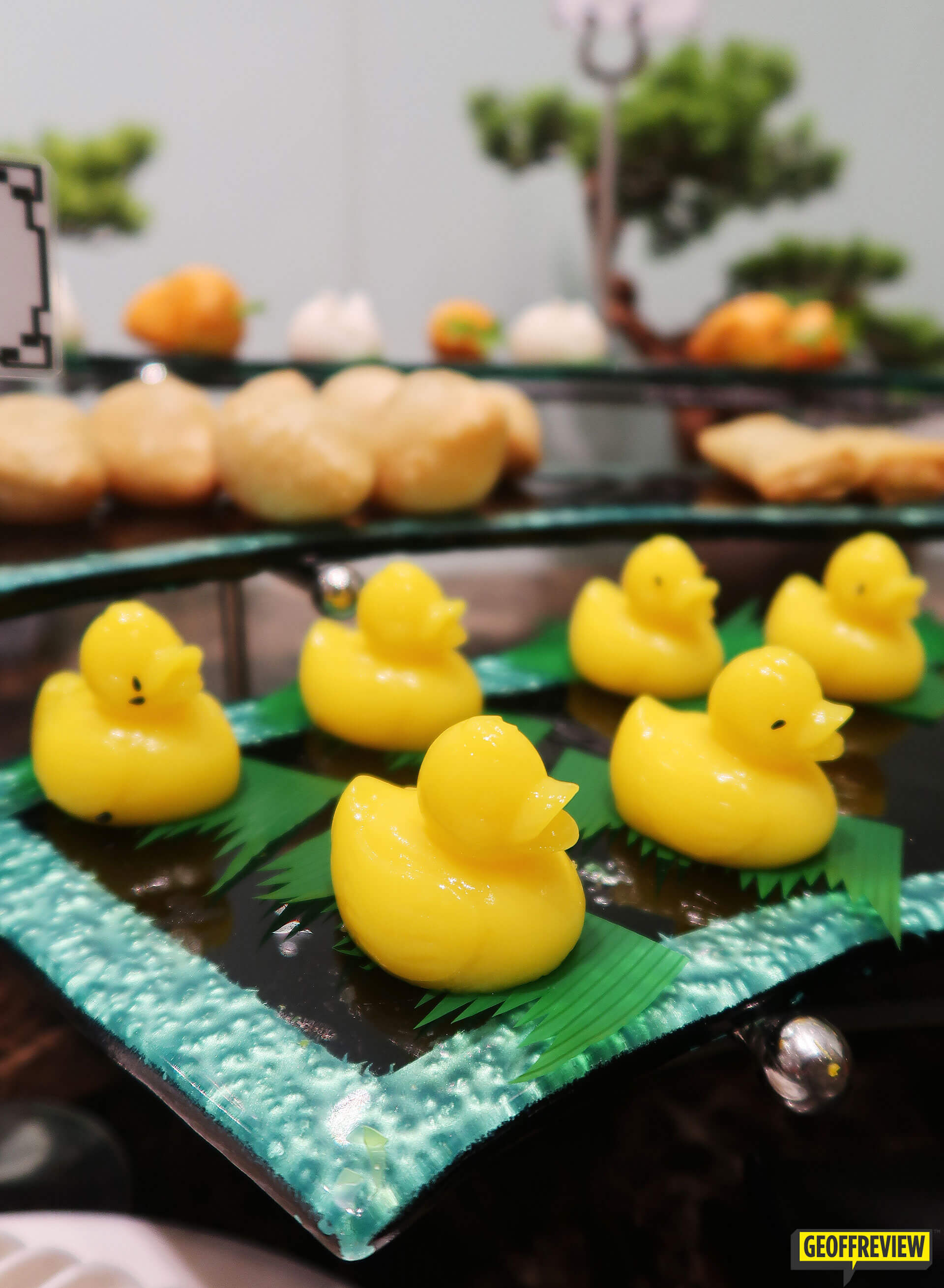 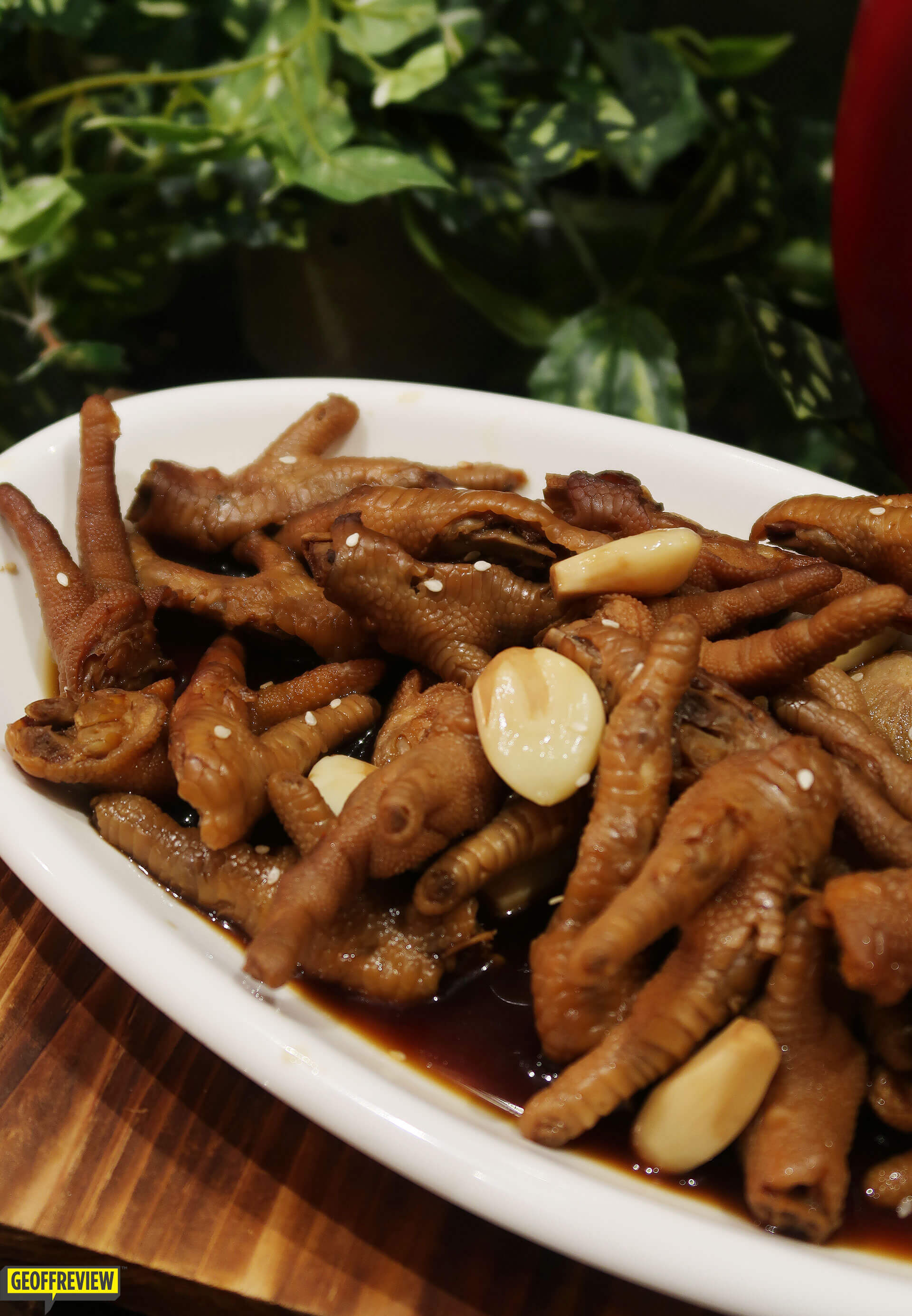 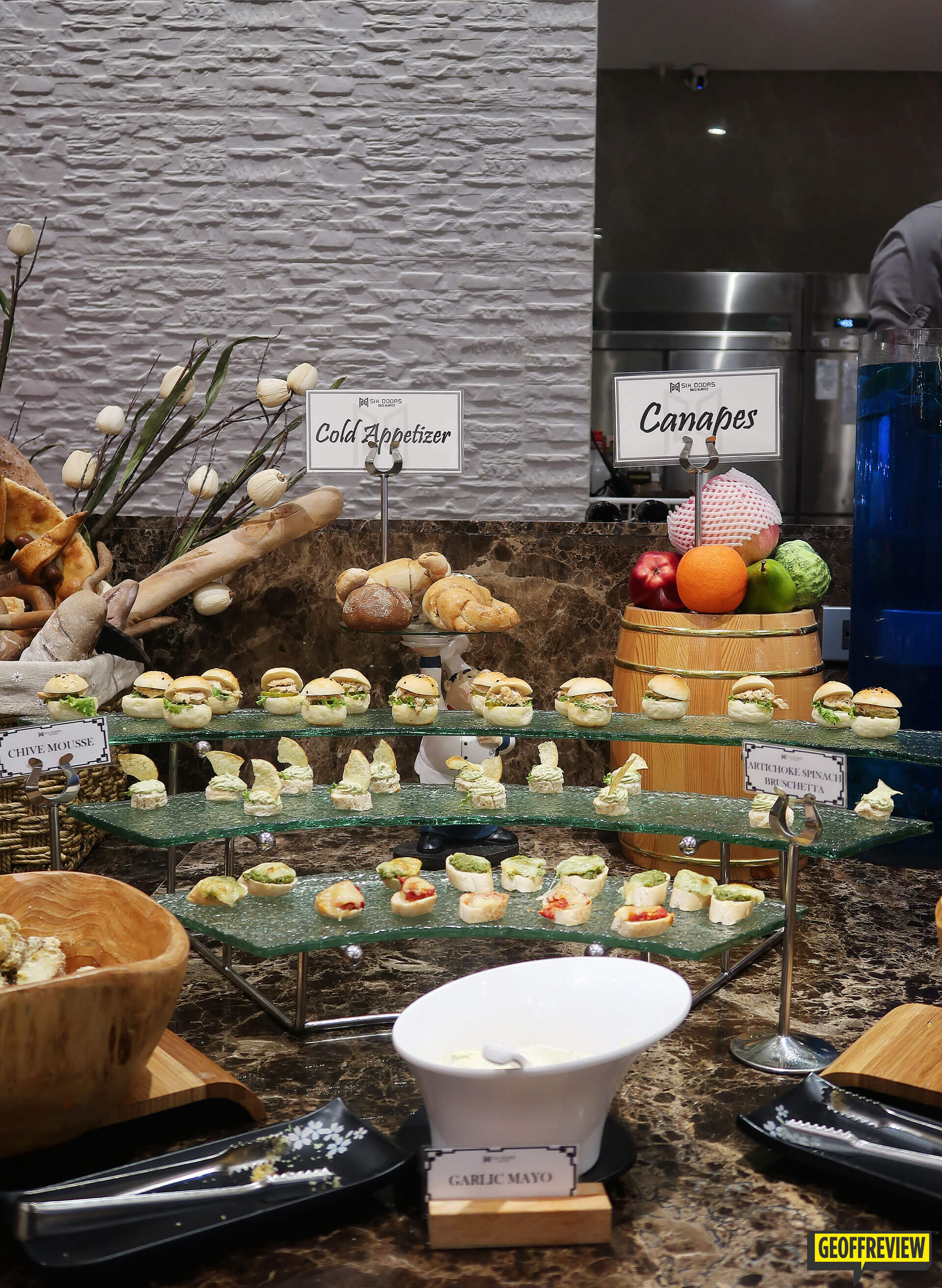 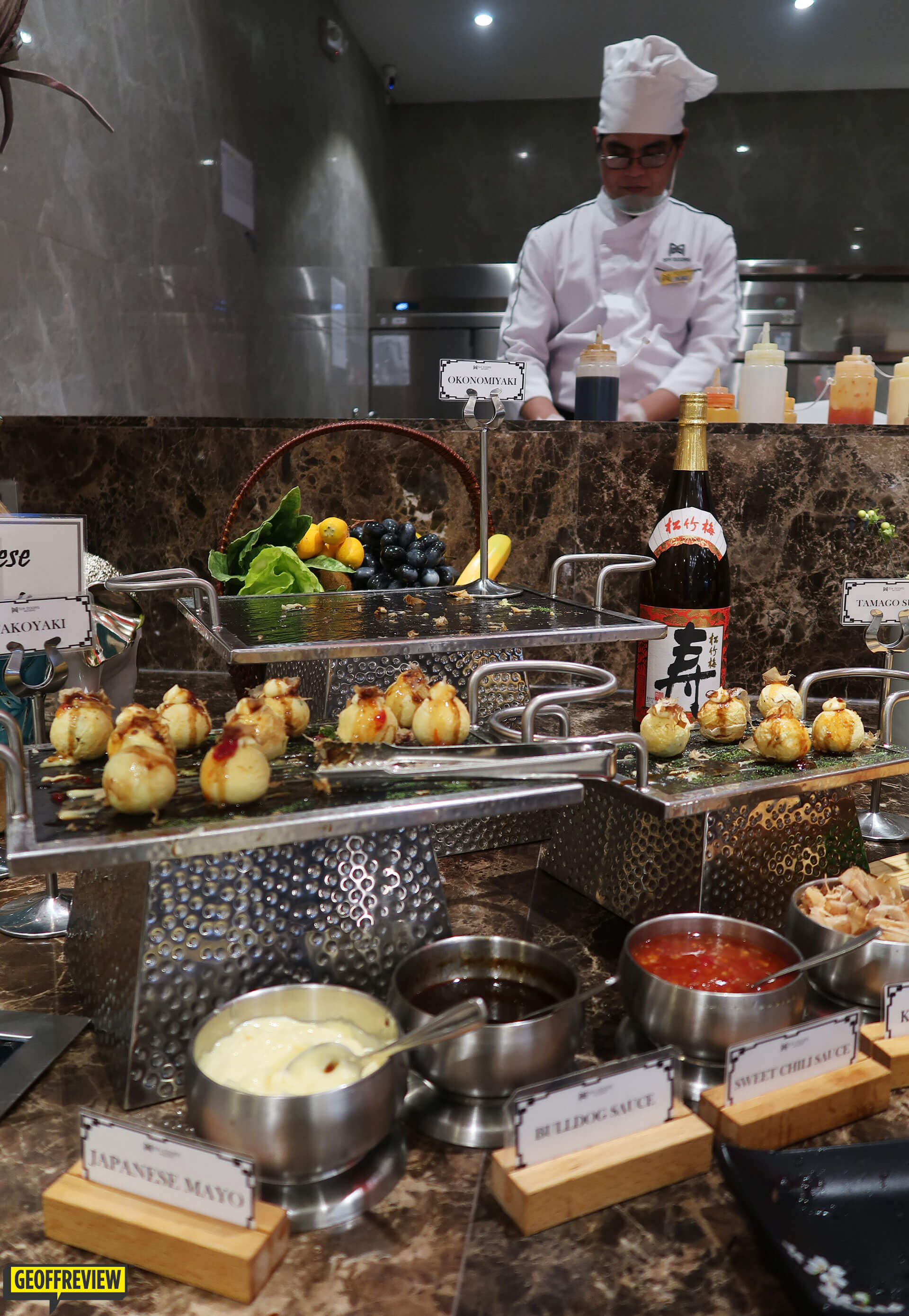 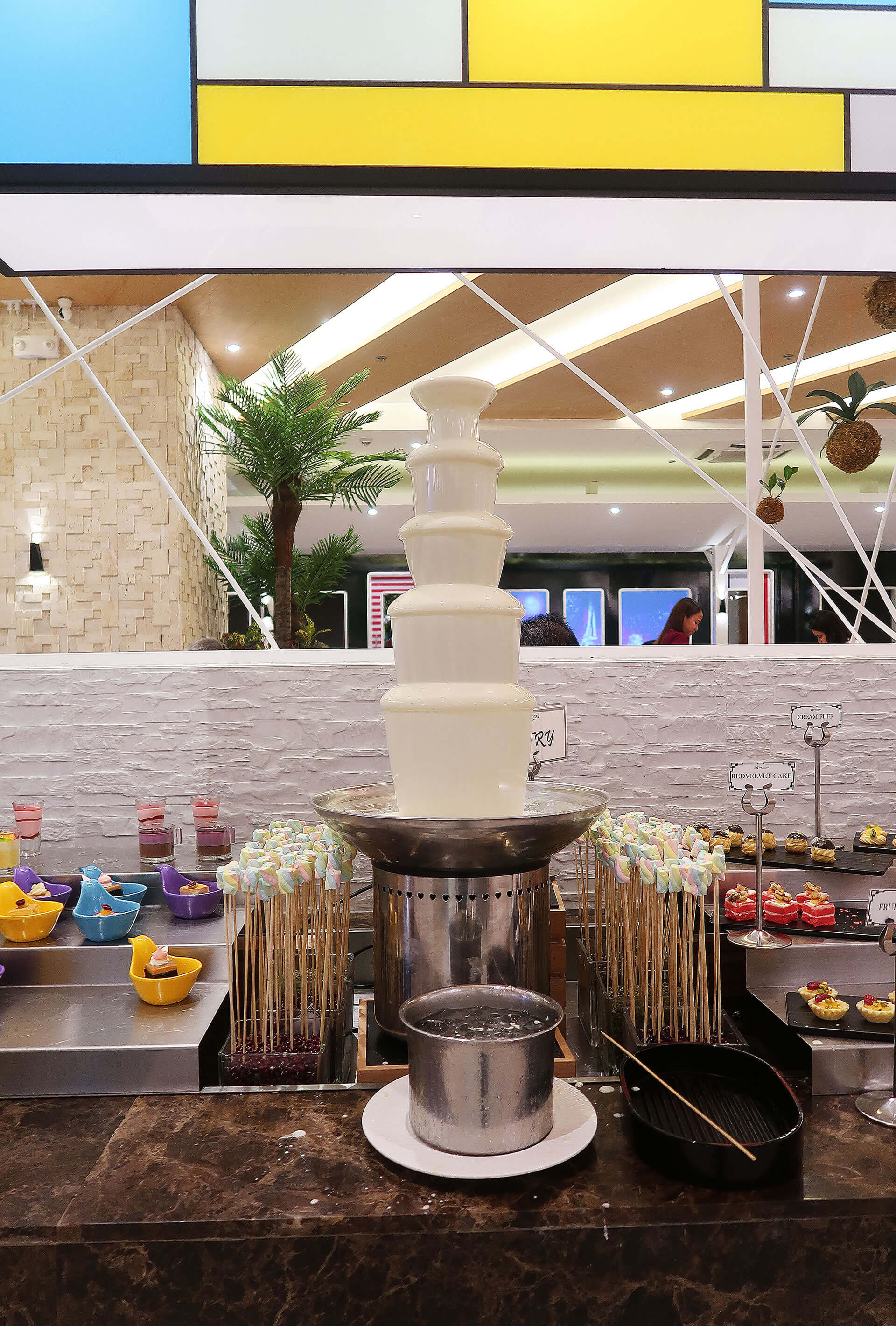 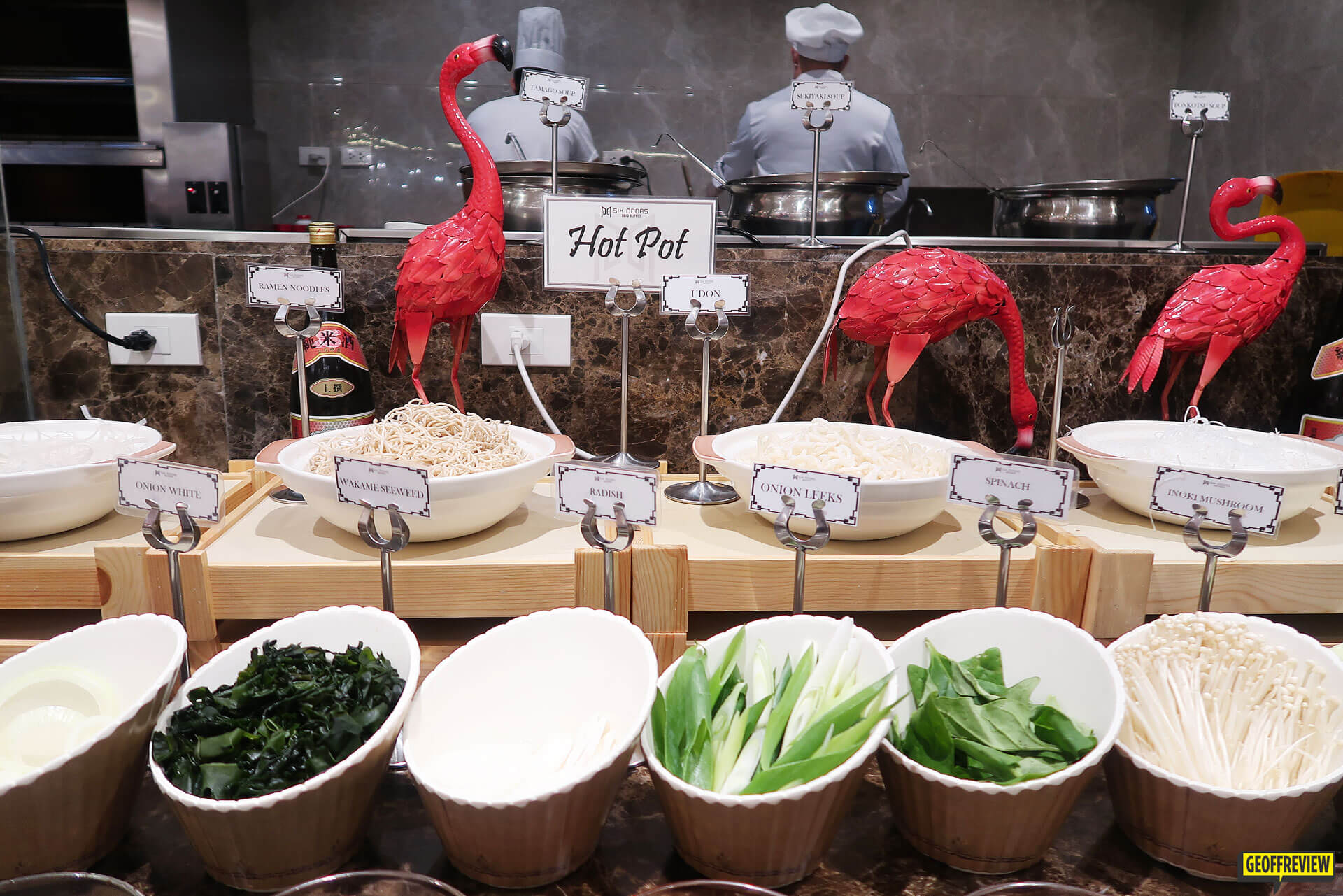 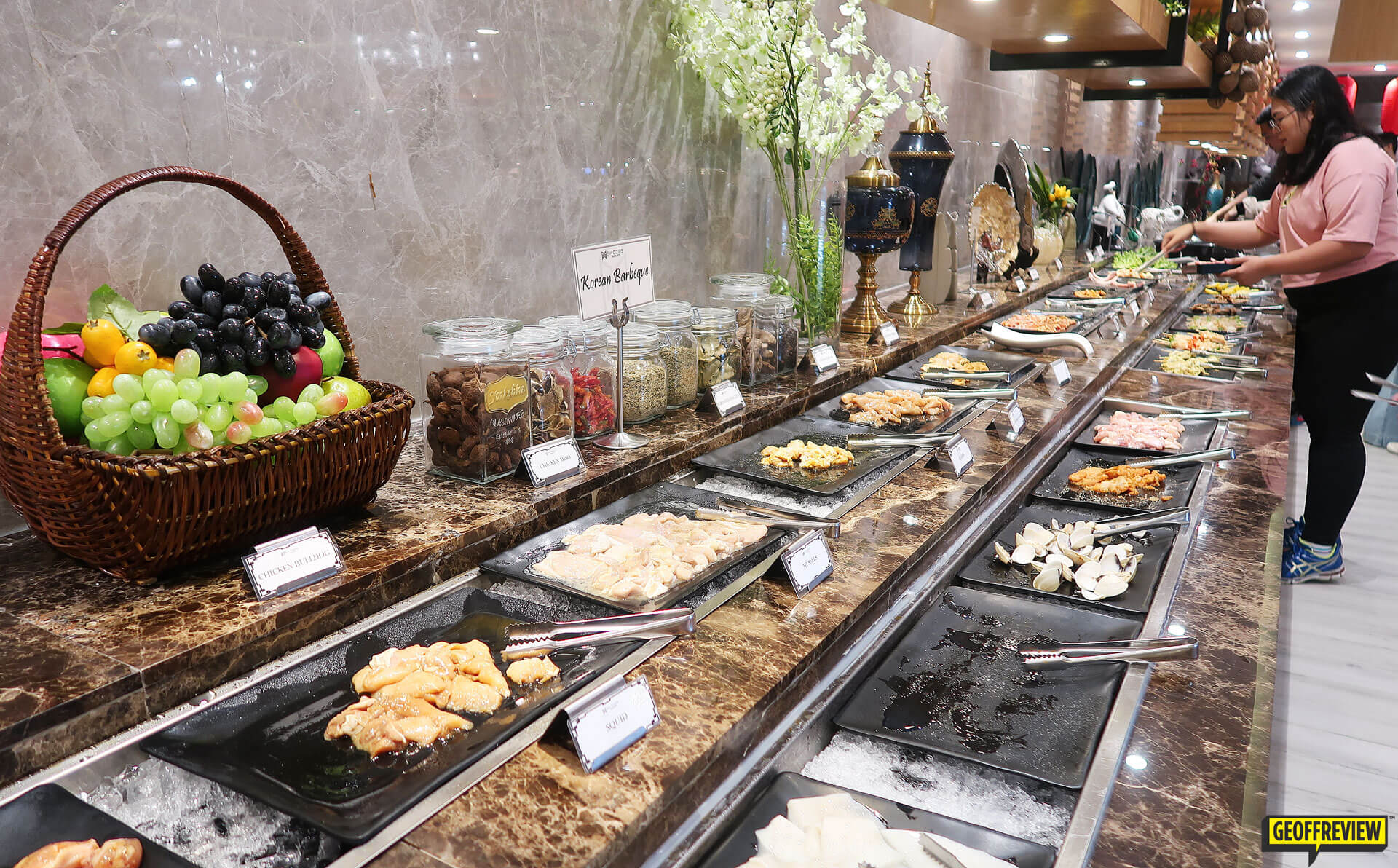 The only item that stood out for me out of everything that I tried in the buffet is the ice cream. I’m telling you, it’s really just Yakimix with a 3D twist. Sadly though, I wasn’t able to try anything from their eight-course menu. If I get to try those soon I might change my mind.

See the price for the different buffet packages at Six Doors 3D BBQ Buffet below: 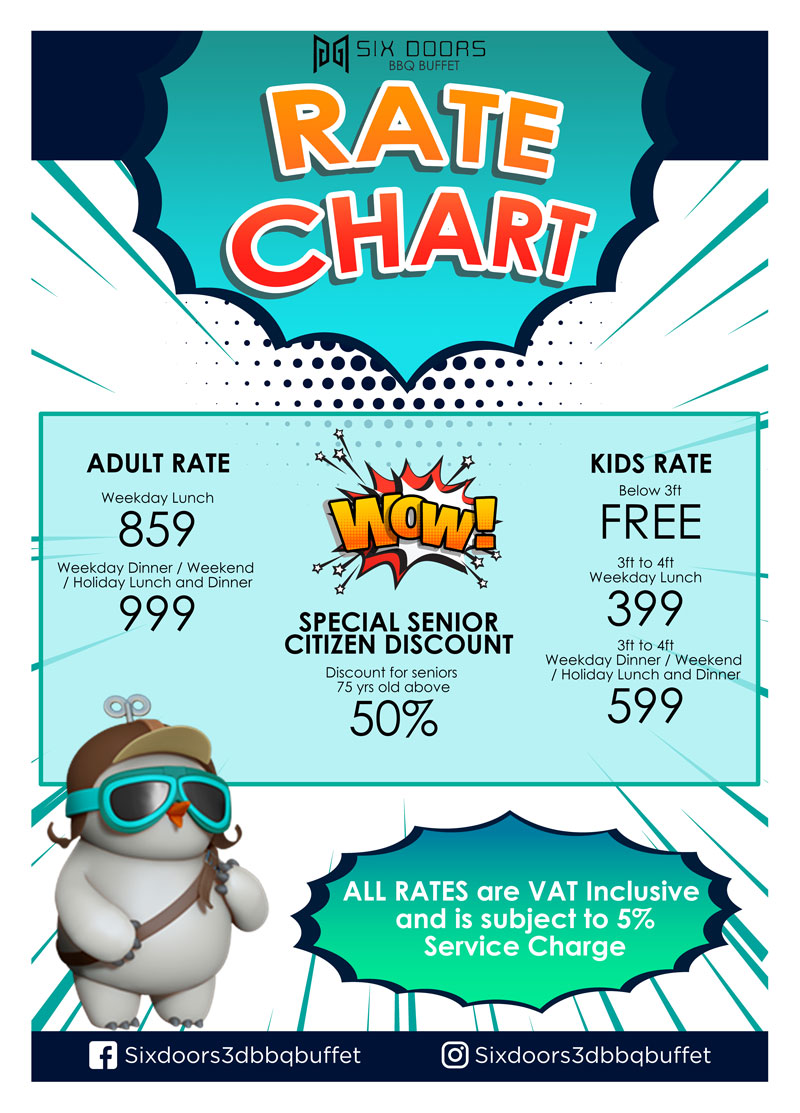 Aside from packages above, they Six Doors 3D BBQ Buffet now also offers a one-hour buffet for only Php 499.00. However, wines, beers, and sashimi are not included in this package.

Below are the promos being offered at Six Doors 3D BBQ Buffet (lifted directly from their website.