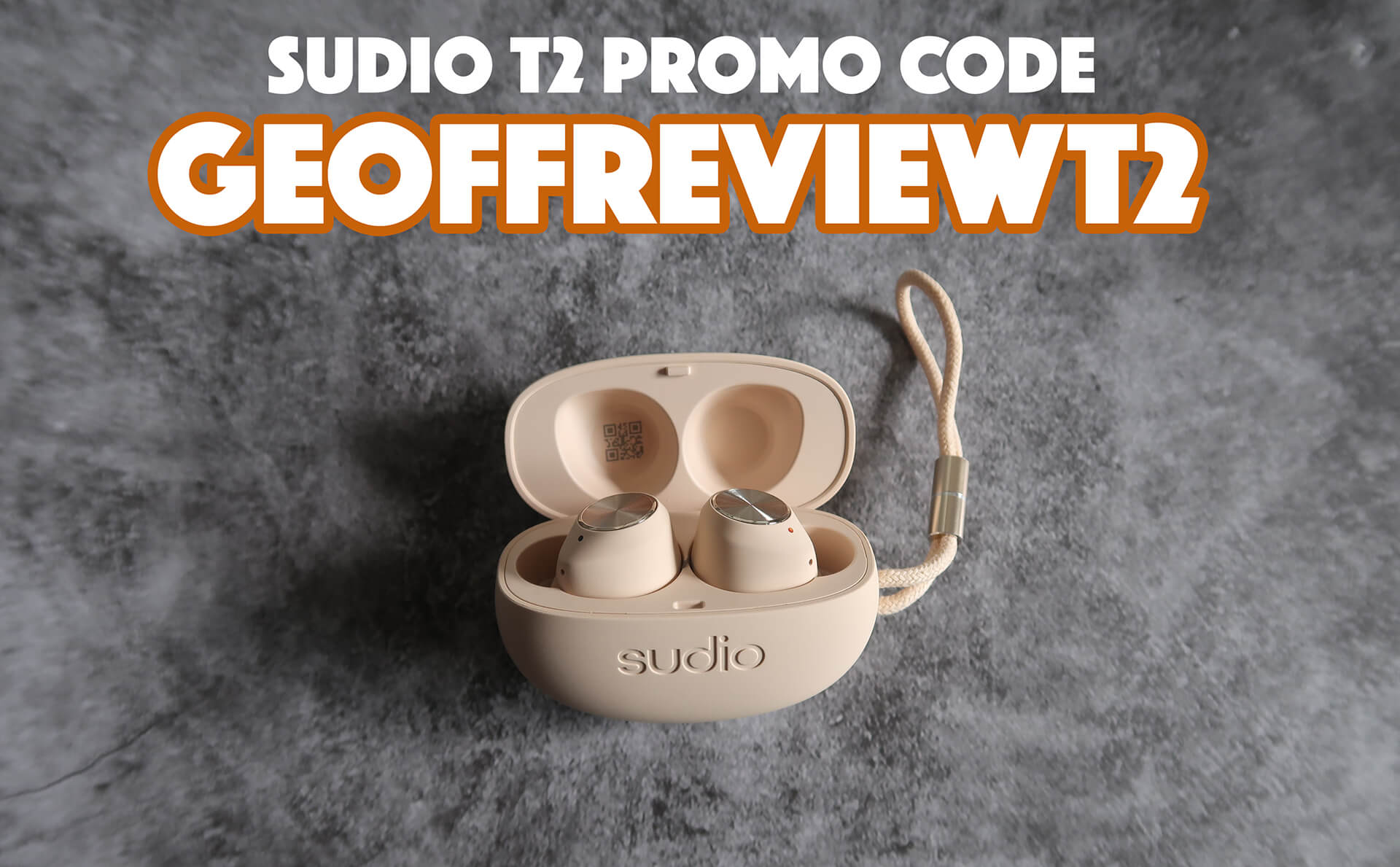 Use this SUDIO T2 PROMO CODE to get a 15% Discount on your purchase!
Technology

You can get the Sudio T2 at Php 6,500 pesos, which is around 128 USD. Definitely cheaper than other more popular earbuds in the market. Get a 15% discount when you purchase from sudio.com/ph using the Sudio promo code GEOFFREVIEWT2, valid until October 30, 2021.

A few months ago I shared with you my review of the wireless earphones of Swedesh brand Sudio – specifically the Sudio Nio and ETT.

Now let’s check out another one of their wireless earphones – the Sudio T2, which is the upgraded version of the older Tolv model. I haven’t had the chance to experience the Tolv, so I’ll be going in blind in this review of the Sudio T2. Let’s start unboxing! 🙂

Its packaging is very similar to the that of the NIO and ETT. But one striking difference when I opened the box is the egg shaped earphones case. When held it almost feels like a small bar of soap, except that it has a nice matte texture, which I really liked. I had the sand color because I was drawn to its classic, neutral hue. Other than the sand, the other colors you can choose from are Jade, White, and black.

If the Nio and ETT had stems that are reminiscent of apple airpods, the T2 on the other hand don’t have stems, and are just pure earbuds. I say it’s similar to the Galaxy Buds which I also used to have. Seeing this makes me thankful that I got the sand color, because it goes so well with the touchpad’s metallic surface.

Other than the buds itself, the box also contains a USB C charging cable, and again, I love the attention to detail here, with the cable being the same color as the case and earbuds.

You also get several silicone airtips with varying sizes. Although personally I didn’t have any problem with the ones that already come with the earbuds itself. The fit is snug, and it doesn’t feel like it’s gonna fall off when you’re active like let’s say when jogging or working out.

Of course, there’s also the standard instruction manuals and warranty.

Now on to the performance. The T2 takes pride in its active noise cancelling capabilities. From what I understand, it’s able to analyse ambient noise, and generate anti-frequencies. In simpler terms, it cancels noise, even before it reaches your inner ear. Pretty neat if you’re in the zone with work and just want to avoid external distractions.

To put this to the test I tried listening to music while my room being thoroughly cleaned with a deep vacuum and high pressure washers. As you know, these equipment are really loud so it’s the perfect chance to test these earbuds out.

It’s true that the background noise is greatly reduced. When you’re listening to music at moderate volume, it’s almost like there isn’t any vacuuming going on in my room. But of course, if you’re not listening to anything, you’d still hear a faint ambient sound. But not enough to bother me anyway.

For the mic, I went on an online call to test it out, and from my friend’s feedback, the microphone quality is pretty decent, considering that these are wireless earbuds.

In terms of battery life, the T2 is also impressive. I only had to charge it once, and it got me through a series of video calls the whole day. And since it’s sweat and splash proof, it can still power you through a quick workout after a long day at work! It even had some extra juice left the next day, before I had to charge it again.

If there’s one thing that I think can be improved, it would be the tapping gestures on the metallic touchpad. I fumbled a little bit and took me some time to get used to the gestures. Other than that everything’s pretty neat!

You can get the Sudio T2 from their website. Use the Sudio Promo Code GEOFFRVIEWT2 to get a 15% discount on your purchase!