Rampage Full Movie Review: Every bit of me screams that “Rampage” should have been a horrible movie. It’s dumb, inconsistent, and the characters are one-dimensional cardboard cutouts. And yet I had so much fun seeing it in the cinema! Is it because it’s satisfying to see those skyscrapers topple like Jengga blocks before colossal animals? Or maybe it’s because of Dwayne Johnson’s boundless energy and charisma that can turn even a dumb movie into something genuinely entertaining?

“Rampage” reunites “San Andreas” director Brad Peyton with Dwayne Johnson, who portrays the gorilla-hugging ex-US Special Forces soldier Davis Okoye. After serving as a member of an anti-poaching unit, Davis is now the primatologist in a San Diego wildlife reserve, where he has also formed a special bond with an albino gorilla named George.

When research in a space station owned by a gene manipulation company named Energyne goes wrong, one of their experiments crashes into George’s enclosure, exposing him to the pathogen that alters his DNA, making him grow in size exponentially. As the military tries to retrieve George, they learn that he may not be the only animal infected with the pathogen. Davis must now work with genetic engineer Kat Caldwell (Naomie Harris), and government agent Harvey Russell (Jeffrey Dean Morgan), to stop the rampaging mutated animals before they completely turn Chicago into rubble.

“Rampage” is based on a 1986 video game of the same name, where players control monsters to attacks a city in the form of a werewolf, a reptilian mutant, or as a giant gorilla named…you guessed it…George. The gameplay is pretty simple – as monsters you will wreck buildings and survive the onslaught of military forces to advance to the next level.

Peyton’s “Rampage” is just as straightforward as the video game it is based on. It’s a film that gives you nothing more than what you would expect from its title and trailer; in fact the trailer pretty much already shows the whole movie. It has an upfront, no-nonsense plot that’s all about cheap thrills and savors the enjoyment of having oversized mutant animals ravage buildings and wreck havoc into a powerless city. “Rampage” is such a joy to watch, that you’d be willing to ignore the plot holes and inconsistencies.

It’s no question that Dwayne Johnson’s charm is what carried the whole film. Davis Okoye is the same smoldering, khaki-aficionado character you’d see Johnson’s movies. This guy’s so reliable, he can maneuver a tail-less helicopter and take-on a giant crocodile, all after taking a bullet to his side. Makes you ask, maybe this guy’s also a mutant himself?

Despite the underdeveloped characters, the rest of the cast is just as fun to watch as the gargantuan animals. Jeffrey Dean Morgan appears to be genuinely enjoying his character, while Naomi Harris’ Dr. Caldwell served well as a plot device to explain what the heck is going on. Even Malin Åkerman and Jake Lacy’s cartoonish villains, who didn’t seem to have any other motivation for their schemes than to move the plot forward, had their own redeeming moments. 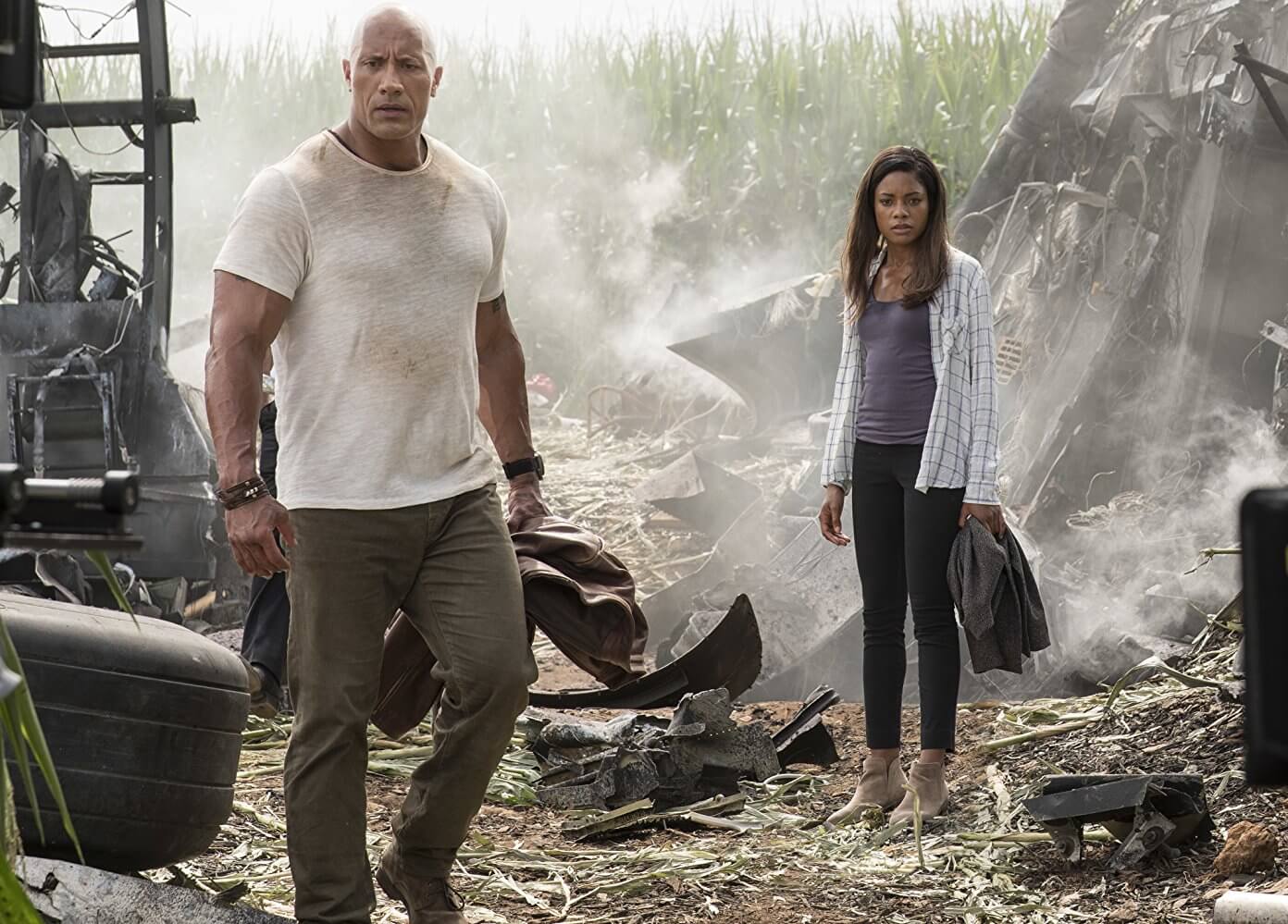 I realized that if you truly want to enjoy “Rampage”, you just have to stop taking it seriously. Treat it like how you would play a Rampage videogame. It’s nice to have some cheap fun every once in a while.