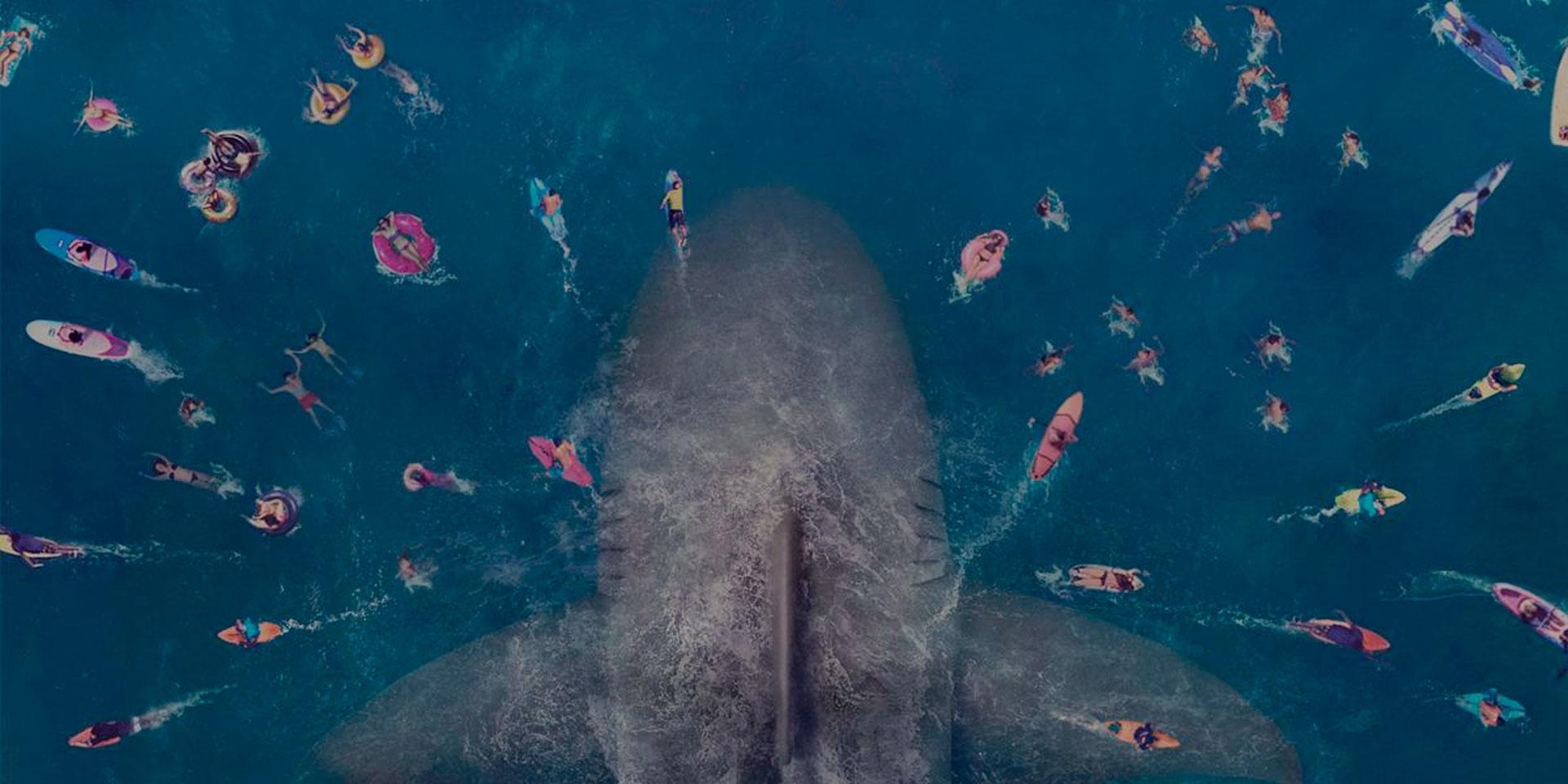 That’s about all you need to know coming into The Meg, a no-frills all-frisson shark schlocker that oddly feels as assured as the more renowned mates—Jaws, Open Water, and The Reef among others—from its pack. And the film has plenty of borrowed moments from these progenitors to remind us of it. However, it’s clear from the onset that director Jon Turtletaub is determined to make, instead, this generation’s Deep Blue Sea—a well-crafted, thought-through B-action-thriller that’s unafraid to embrace the inherent silliness of its idea.

That’s true, too, for its lead star, Statham, whose schtick here matches the demeanor and heroics of his hulking action star godfathers. As such, as troubled marine expert Jason Taylor, he fuels his character almost entirely with charisma and supreme physicality. Literally coasting in Thailand after a botched extraction campaign at a canyon in the far depths of the ocean, Jason is once again recruited by a private research institute to rescue a team of researchers who have unwittingly taunted a supposedly extinct species of giant sharks—the same one that Jason encountered five years ago.

The film lightly brushes on some staple ideas, including the age-old dilemma of man’s insatiable itch to meddle with nature. But it does so to no extent that muddles its intention, which is to deliver a no-nonsense monster movie about a dino-age megashark terrorizing the shallows of the China Sea. The result is a nimble, amply thrilling experience unfettered by the presses of telling an especially nuanced story and, more crucially, the implausibility of its premise. Where else can a shark the size of an 18-wheeler truck chomp on a tourist’s head so stealthily?

At no point does the film stop to craft deeper, more dynamic relationships, including that between Jason and Suyin (Bingbing Li), bound only by unmistakably blockbuster-like circumstances and more blockbuster-like motivations—which is to say flirty banters and cutesy quips, paying no mind the possibly catastrophic gigantic predator lurking underneath. The cast rounds up with boilerplate characters, from the good-doing but assertive leader (Cliff Curtis) to the filthy rich investor man-child (Rainn Wilson) who obviously takes from Samuel L. Jackson‘s iconic Russell Franklin for when the film requires him to be its go-to capitalist douchebag.

That leaves us with nothing to truly root for except the film itself, which, luckily, isn’t too hard to like. The screenplay, jointly written by Dean Georgaris, Jon Hoeber, and Erich Hoeber, does a good job of translating Steve Alten’s novel into a somewhat palatable shark movie that wears its B-movie striped mantle with pride. Turtletaub, who directs the film with surprising vigor, seems happy to forego a more inspired narrative in favor of ridiculous one-liners—like: “That fossil ate our friend” or “Man versus Meg isn’t a fight…it’s a slaughter”—and perfectly well-crafted set pieces.

Call that a cash-grab, sure. But I’d argue that, here, it’s only a fair transaction.

You know what you’ve signed up for when you come into The Meg: an up-close brawn between one of our bona fide superhumans versus one of nature’s biggest supervillains. When a film does what it sets out to do perfectly well—without any of those “look at how smart and self-aware this silly little movie I’ve made” kind of winking—it’s kind of hard to hate it.

“After escaping an attack by what he claims was a 70-foot shark, Jonas Taylor must confront his fears to save those trapped in a sunken submersible.” –IMDB

The Meg Review
Takeaway
"The Meg" is a well-crafted, thought-through B-action-thriller that’s unafraid to embrace the inherent silliness of its idea.
6