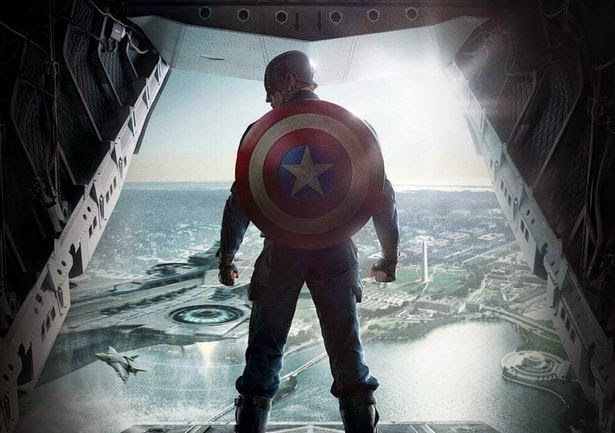 The 2011 Captain America movie really felt more like a prologue to the Avengers rather than an independent Marvel film. It was as if the movie was made just so they can include the Star and Stripes hero to the Avengers lineup. “The First Avenger” was okay (yeah, just “okay”) and is probably the least-memorable pre-Avengers movie, but “The Winter Soldier” seemed to have made up for the dullness of its predecessor.
Two years after the events in The Avengers, Steve Rogers continues to work for SHIELD as Captain America, often getting deployed to missions assigned by Nick Fury himself. The Captain however, starts to question SHIELD’s intentions upon learning about Operation: Insight, a project where three helicarriers linked to satellites are programmed to eliminate potential threats (to whom? Well isn’t that the question of the day). More so when he learns that SHIELD has been compromised by an old enemy, and now the Captain needs to confront ghosts from his past to save the present.

Okay let’s face it, Captain America is probably the least favourite superhero in the Avengers. A lanky dude who “cheated” his way to awesomeness by taking superhero-serum, fights with a shield (which is really a Stark brainchild), and an overkill of patriotism that could easily win him the US Presidency. At least Iron Man got his gadgets and girls to make him look cool but this guy, he’s basically wearing a flag for a costume. 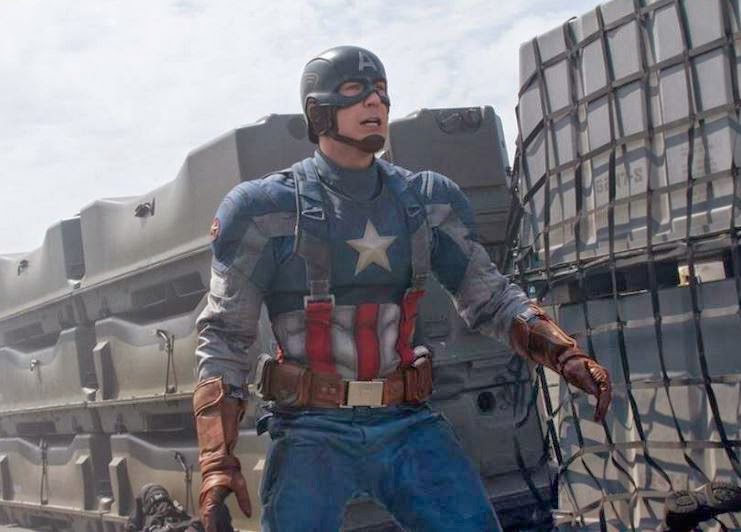 But then again, it was his “lack” of over-impressive superpowers that made him a potential subject for a good superhero-action movie. Thor was too god-like, Hulk was too strong, Iron Man was too smart, but Captain America – the Captain was just right.
Captain America: The Winter Soldier, aka Captain America 2, had a lot of good action in it to make you feel badass even long after leaving the cinema. To me it felt more like a police thriller disguised as a superhero movie. Not much CGI was used in this film, but it invested instead on kickass martial arts action and hand-to-hand combat that makes Iron Man look like the “cheater” for using high-tech weapons in battle. This was a huge refresher from the usually CGI-packed Marvel movies, and something that transformed Captain America’s character from boring to badass. 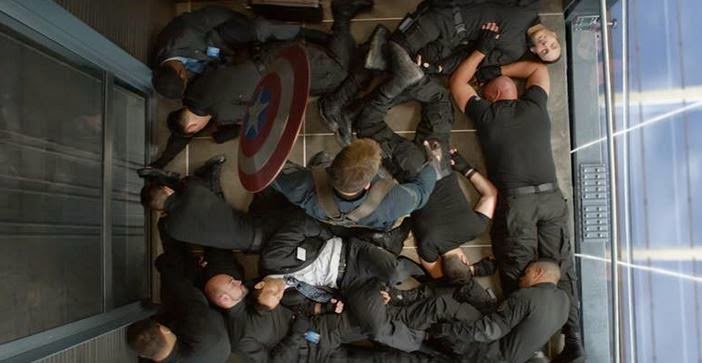 We were spared (thankfully) from the whole “adjustment to the present” thing of our lead character, but it was emphasized well enough that much more than the advancement in technology, it was really the present world’s way of thinking and notion of peace that the Cap has been having hard time to take in. He seemed to be doing pretty well in making a list of pop culture things he needed to know. In case you’re wondering, here is what was on his list:
“I Love Lucy”, moon landing, building and fall of Berlin Wall, Steve Jobs, Apple, Disco, thai food, “Star Wars”, “Star Trek”, Nirvana band, “Rocky”, “Rocky II” and soundtrack from “Trouble Man” – source.
Of course, the usual Marvel ingredients are there – Stan Lee’s cameo (if I’m not mistaken, he appeared as a Janitor in the Smithsonian Institution), the witty lines, easter eggs, references to other Marvel movies, and of course the Post-Credits Scenes.
Speaking of Marvel Post-Credits, there are 2 post-credits scenes in Captain America: The Winter Soldier. In the first one (mid-credits), it is shown that Hydra is still functioning, and Baron von Strucker is shown to have captured twins with superpowers, which appear to be Quicksilver and the Scarlet Witch. We also see that Loki’s Scepter is in their hands. In the post-credits scene on the other hand, we see Bucky Barnes (The Winter Soldier), visit the Smithsonian Museum where he sees his past as Steve Rogers’ best friend. 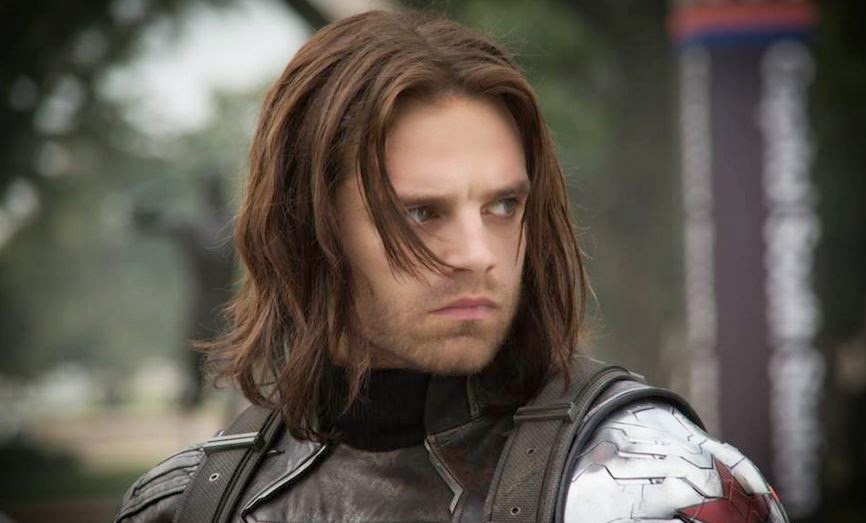 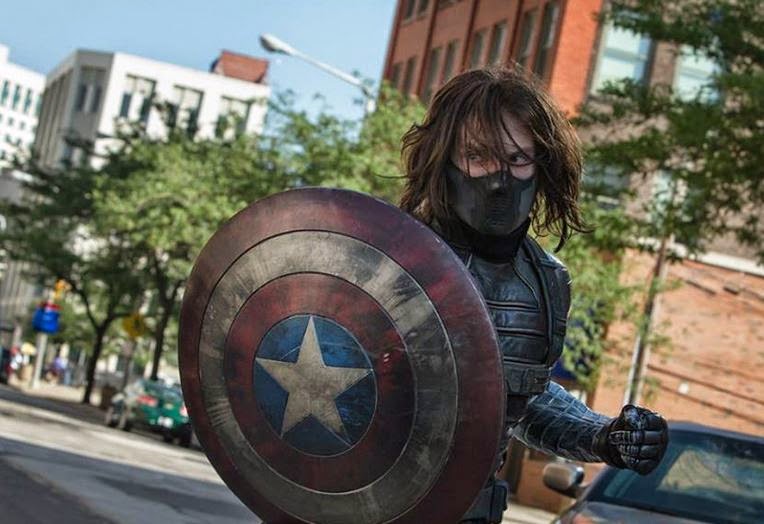 Just when I was getting tired of the predictability and CGI overkill of the recent Marvel movies, Captain America: The Winter Soldier comes along and rekindles my interest with some good, old-school action. Now this makes me look forward more to The Avengers 2: Age of Ultron (and hopefully another Captain America sequel).
By the way, did you notice that Black Widow was wearing a necklace with an arrow as a pendant *cough Hawkeye cough*? 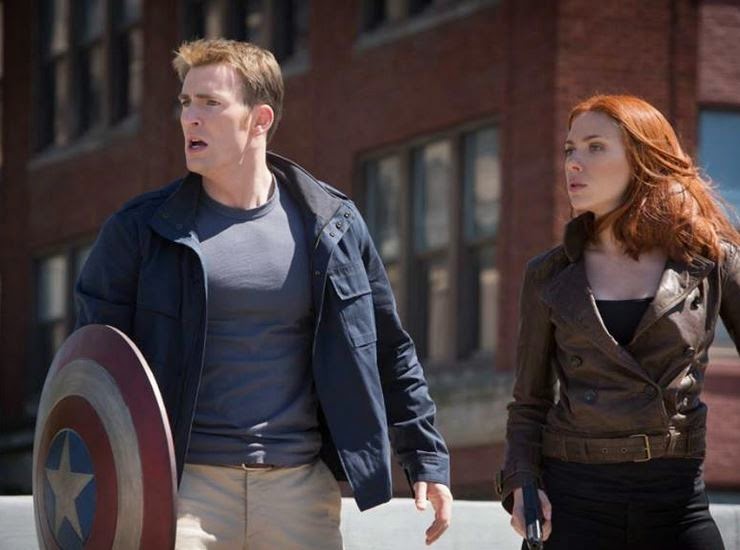 Credits to the images and videos used in this post go to “Captain America: The Winter Soldier” and/or to their respective owners. I do not own these materials. No copyright infringement intended.
Geoffrey Ledesma