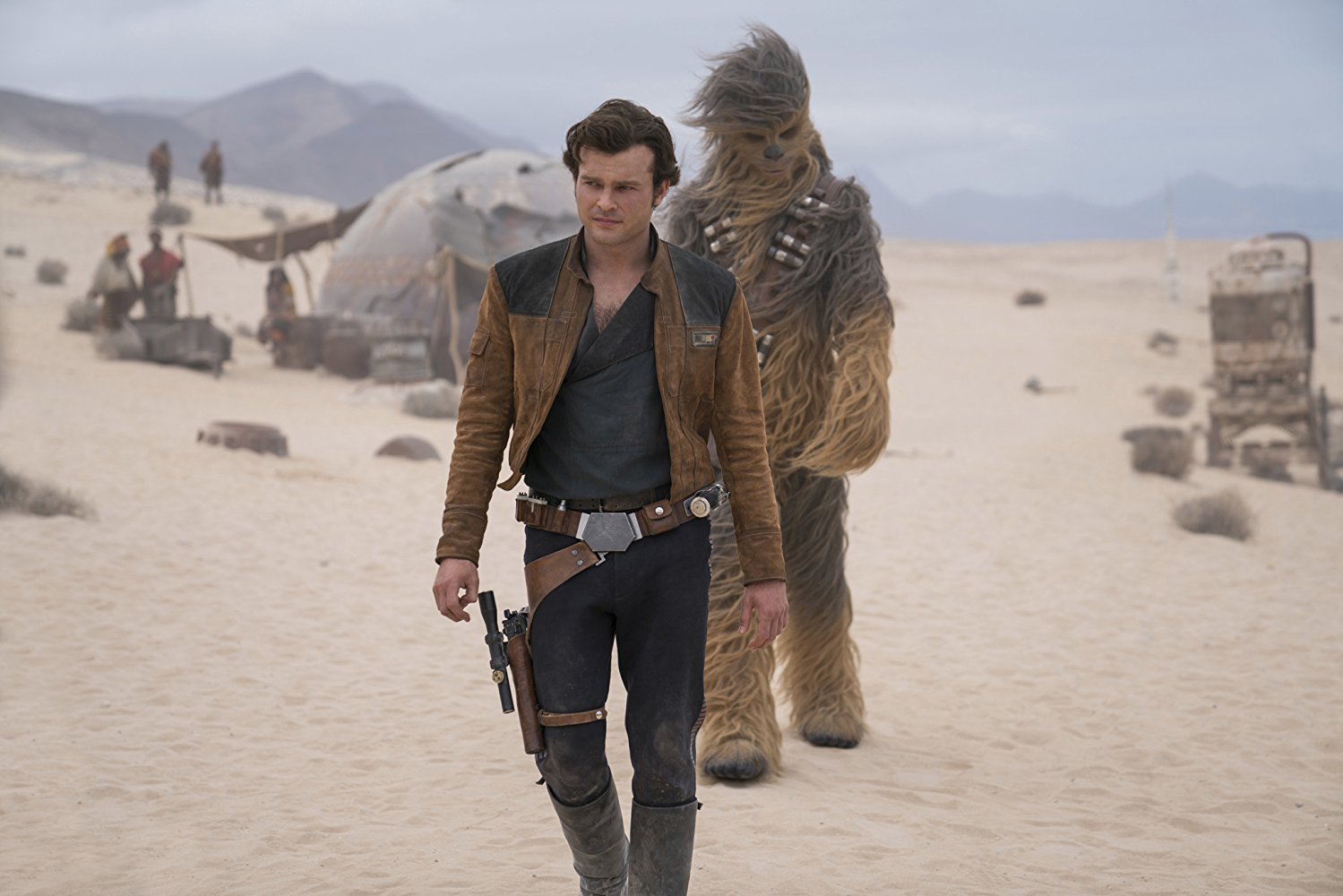 Solo: A Star Wars Story Full Movie Review: If the rebel insurgents who stole the blueprints of the Death Star get to have their own spinoff movie, then it makes a lot of sense for an iconic character like Han Solo to also have his own standalone film. The thing is, Harrison Ford has already been deeply embedded into the character, like how Hugh Jackman will always be Wolverine, or how nobody else can be Harry Potter other than Daniel Radcliffe. While a Han Solo movie without Harrison Ford may be hard to comprehend, director Ron Howard is able to make “Solo: A Star Wars Story” work, turning it into a “space-western” adventure anchored on Star Wars nostalgia.

“Solo: A Star Wars Story” brings us back to many years before Han Solo (Alden Ehrenreich) meets Luke and Leia. Han worked as a street thief for the cruel Lady Proxima (Linda Hunt) in the streets of Corellia, together with his childhood friend Qi’ra (Emilia Clarke). Determined to become a pilot, Han comes up with a plan to escape. However, his plan goes awry and Qi’ra gets left behind. Han must now team-up with the criminal Tobias Beckett (Woody Harrelson) to get own ship and rescue Qi’ra from Lady Proxima’s slavery.

A huge chunk of the enjoyment of the film comes from its effective use of nostalgia, primarily directed towards casual and hard-core fans. It’s entertaining because it’s reflective, and it’s fun to see how it fills the missing puzzle pieces from the main series; like how Han made the Kessel run in “less than 12 parsecs”, how Chewbacca became his co-pilot, and even how he got the “Solo” part of his name.

However, if you’re hoping that “Solo” would show how the titular character became the roguish yet charming scoundrel we know him to be, you might want to manage your expectations a little. This film doesn’t really add more depth to Han, and the younger version that we see in this movie is pretty much just a replication of the Harrison Ford’s portrayal. Alden Ehrenreich’s Han Solo is already wild and adventurous from the start, albeit less charismatic. 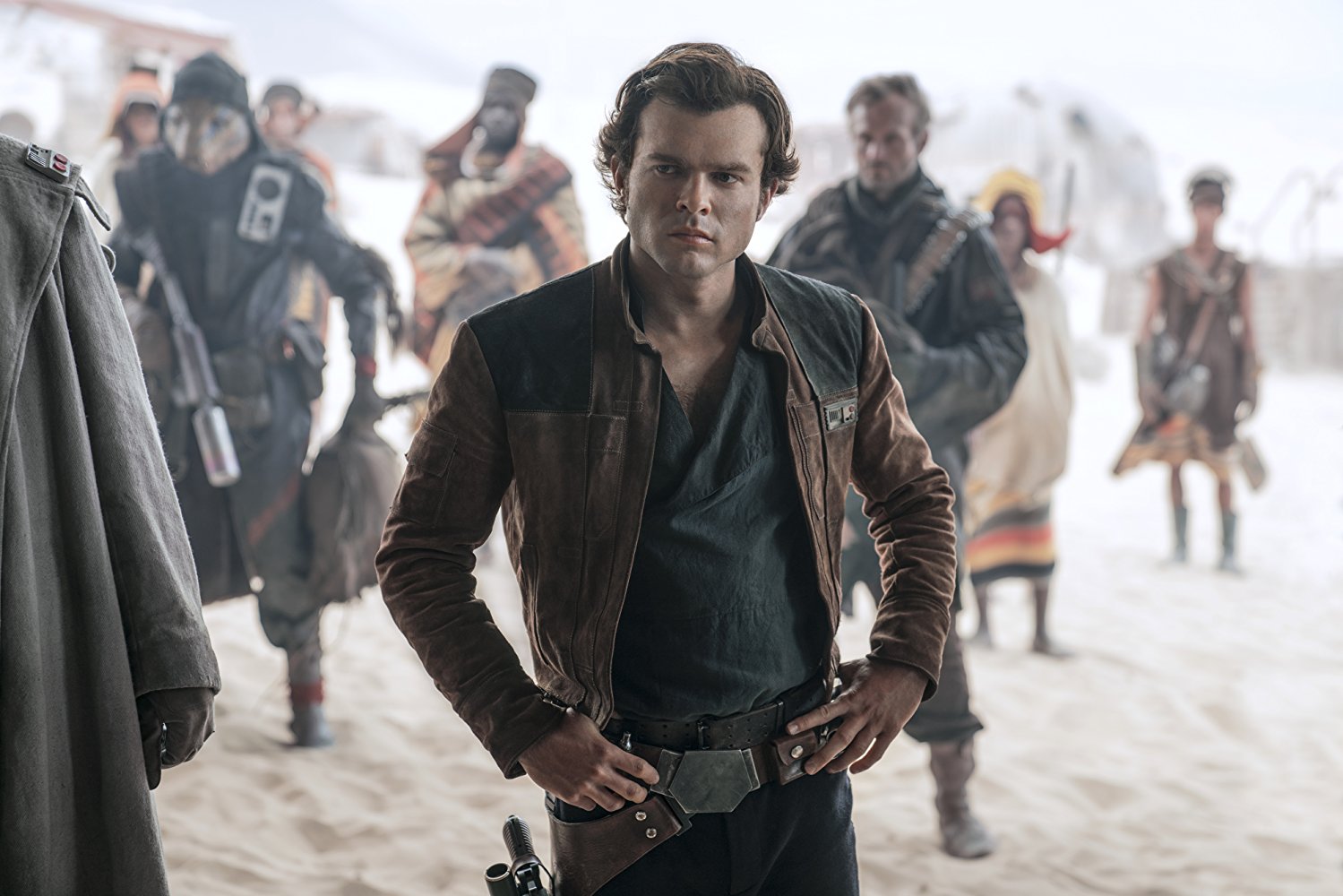 Much more than Alden Ehrenreich, it’s actually the rest of the cast that makes “Solo” worth watching. Donald Glover is deviously charming as the smuggler Lando Calrissian, while Emilia Clarke presents a likeable yet equally suspicious Qi’ra. Woody Harrelson’s Tobias Beckett is as expected of a Woody Harrelson performance. Paul Bettany is also intimidating as the crime lord Dryden Vos, although I really wished that he had more chance to work his magic on the character. 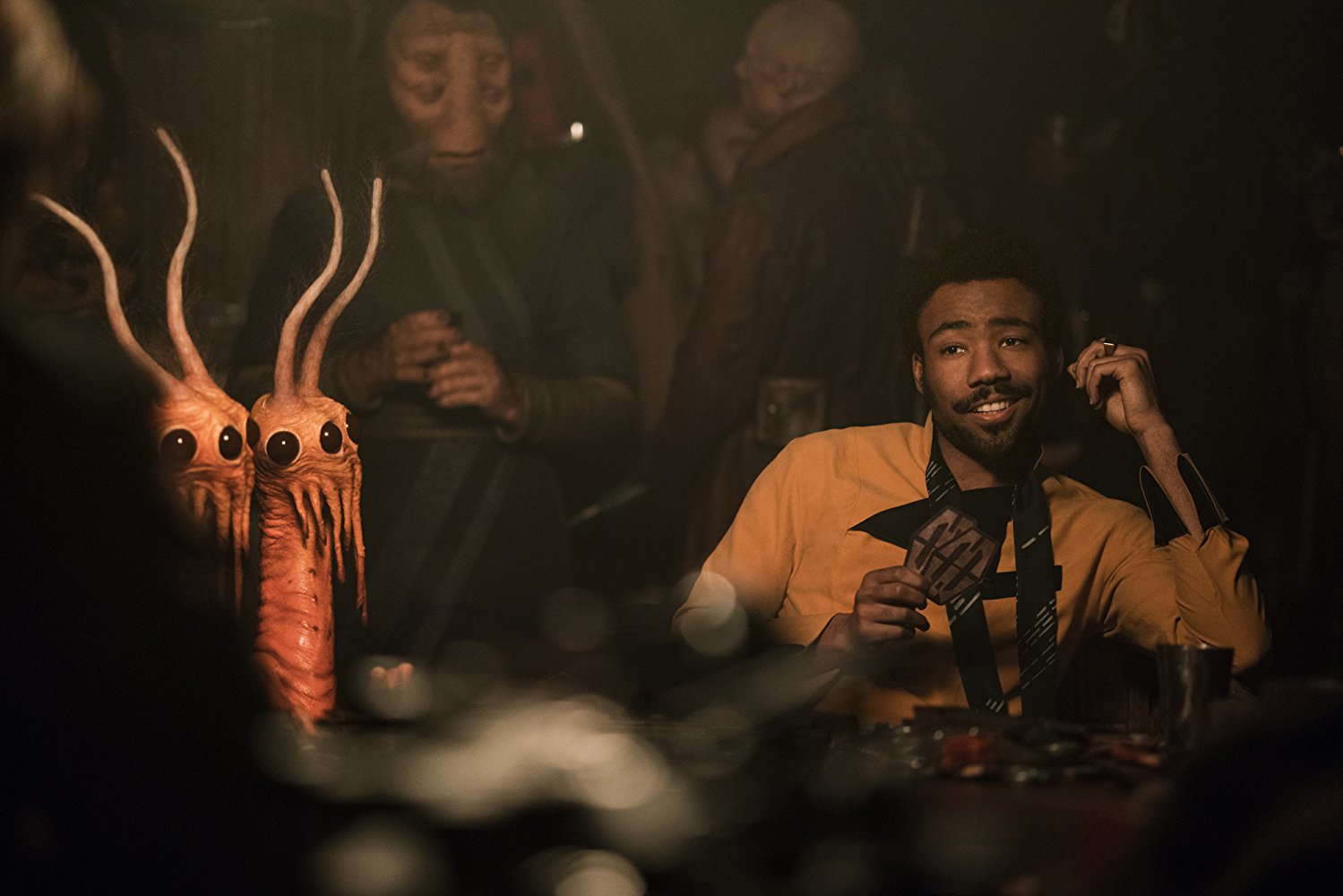 Interestingly, despite the impression that it’s a standalone film, “Solo: A Star Wars Story” teases a possible sequel. Several loose ends felt like they needed resolution, like the real deal between Han and Qi’ra, and how Qi’ra (SPOILER) ended up conspiring with Darth Maul (played by Ray Park, and voiced by Sam Witwer). Han also refers to a “bigshot gangster” towards the end of the film, which at this point may be safe to assume as the disgusting slug, Jabba the Hutt.

“Solo: A Star Wars Story” is a fun ride despite a few bumps along the way. It doesn’t expand the Star Wars universe any further, but you would be leaving the cinema knowing a bit more about the saga.