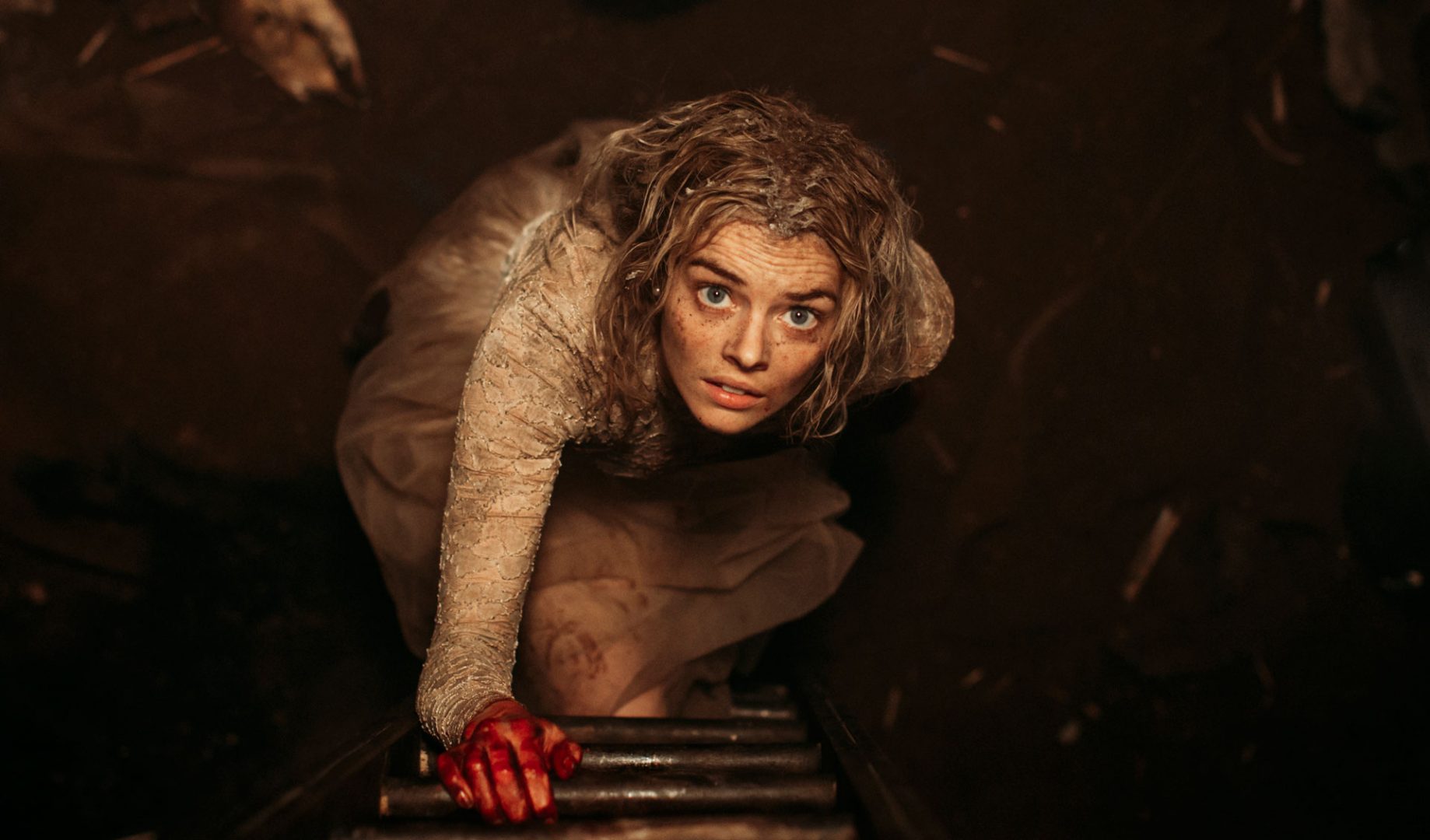 Think your in-laws are the worst? Wait ‘til you see Matt Bettinelli-Olpin and Tyler Gillett’s outrageously entertaining black comedy, “Ready or Not”. Seeing hateful capitalists getting bashed in the head and blown up to pieces has never been this satisfying.

“Ready or Not” follows Grace (Samara Weaving) on the eve of her dream wedding with Alex (Mark O’Brien). Grace is an orphan who grew up in a foster home, while Alex is heir to the “richer than god” Le Domas clan. But don’t be mistaken, this isn’t one of those Cinderella, rags-to-riches stories. On their wedding night, Grace learns that she must take part in a peculiar Le Domas family tradition, where new members of the family must play a game.

Sounds innocent enough, and it makes sense considering that the Le Domas family built their fortune manufacturing board games. However, Grace picks the one bad game in the deck – Hide and Seek. Unlike the childhood game that we all know, the Le Domas’ version of Hide and Seek is actually a deadly hunt, where the family members would seek the newly-wed bride or groom to kill them before sunrise. After realizing that this is not just a simple game, Grace decides to play by her own rules, and she discovers the horrible secrets of the Le Domas as she fights for survival.

From the premise, you can already tell that “Ready or Not” would feel like a campy combination of the sketchy-family premise of “Get Out”, and the rich-slaughtering-the-poor element of “The Purge”. There’s no shortage of blood, bruises, and bullets and yet somehow, this film is more funny than scary.

Not that it’s a bad thing. If anything, the charm of “Ready or Not” comes from its dark humor. I never thought that I’d laugh at the sight of a lady getting skewered through the mouth with a crossbow. Or maybe my enjoyment really comes from the catharsis of seeing the greedy-rich getting what they truly deserve (eg. getting their heads bashed until their brains spill out). The evil upper class in this movie literally wants to kill an innocent person so they can continue living their privileged, comfortable lives. The film may not be saying it directly to your face but it does have some anti-capitalist sentiments. Granted, this messaging gets sidetracked along the way but I appreciate a woke film when I see it.

Part of the fun of “Ready or Not” is largely credited to the engaging performance of Samara Weaving as the badass bride Grace. Amidst all the dysfunctional rich people in the movie, she’s definitely the most relatable character for the audience. After all, even if we don’t all know it, everyone gets f*cked up by the 1% upper class. At some point you’d find yourself cheering for her as she goes on a killing spree against this monster of a family.

In terms of bringing horror and hilarity together, I say “Ready or Not” did a pretty decent job. Admittedly, the film takes a bit of time to brew, but once you get to the fun stuff, you’d know that you’ve had your money’s worth.

Ready or Not
Takeaway
In terms of bringing horror and hilarity together, I say “Ready or Not” did a pretty decent job. Admittedly, the film takes a bit of time to brew, but once you get to the fun stuff, you’d know that you’ve had your money’s worth.
3.5