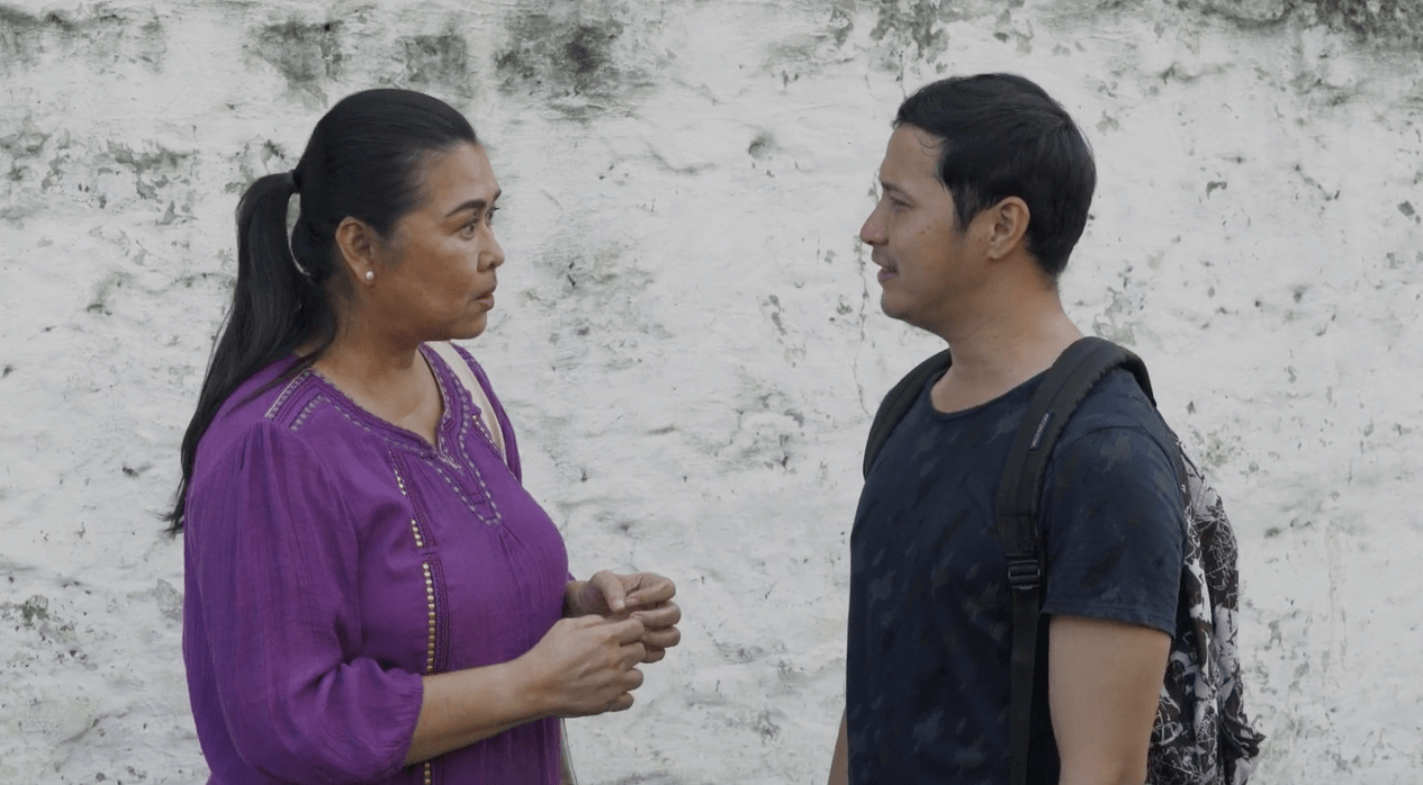 Ronald Espinosa’s CineFilipino 2018 entry, “Excuse Me Po” feels like it wants to tackle many things at once, that it became a hodge-podge of confusing narratives crammed into one storyline. The film has heart, but its intentions don’t resonate well with viewers. Does it want us to understand the motivations of a scammer? Is it a film tackling poverty? Is it a movie about filmmaking? Why did the movie go meta? You can tell that the movie has a lot of ideas that it wants to share but sadly, the structure just doesn’t add everything up.

Hilda (Elizabeth Oropesa) is a 65 year-old lady who earns a living by begging and scamming people for money. Having been a bit player in movies when she was young, Hilda uses her limited acting experience to convince passersby to give her cash, coming up with different stories and lies to gain the sympathy (and money) of whoever is willing to listen. But when Hilda becomes viral on social media and people start recognizing her, she becomes paranoid. A team of filmmakers pick-up her story, and they decide to turn her life into a documentary.

“Excuse Me Po” skims through surface of the stories it wants to tell, never fully immersing itself within those narratives. We see half-baked arcs of different characters which could have had some potential if only the film was brave enough to delve deeper into those storylines.

The arcs of the supporting characters are interesting; A “has-been” bold star who lost her mind to the illusion of fame, a neighbour who turned out to be a drug dealer, an elderly man who treats his dog like his own child, and a scriptwriter struggling with domestic issues. These subplots may have a lot to tell, but “Excuse Me Po” only brushes through their narratives. The film plays it safe, only scratching the surface without being brave enough to take a risk.

Elizabeth Oropesa is the life force of the film. She breathes sincerity and genuineness to “Excuse Me Po” that as much as I also wanted to learn more about the other characters, I also never get tired of seeing Hilda on the screen.

“Excuse Me Po” feels premature. The movie is played safe, and I wished that it was braver in storytelling. The plot is all over the place, but Elizabeth Oropesa serves as the glue that keeps everything in order.

For reviews and schedules, visit the Unreel.PH CineFilipino 2018 Guide and Festival Report.