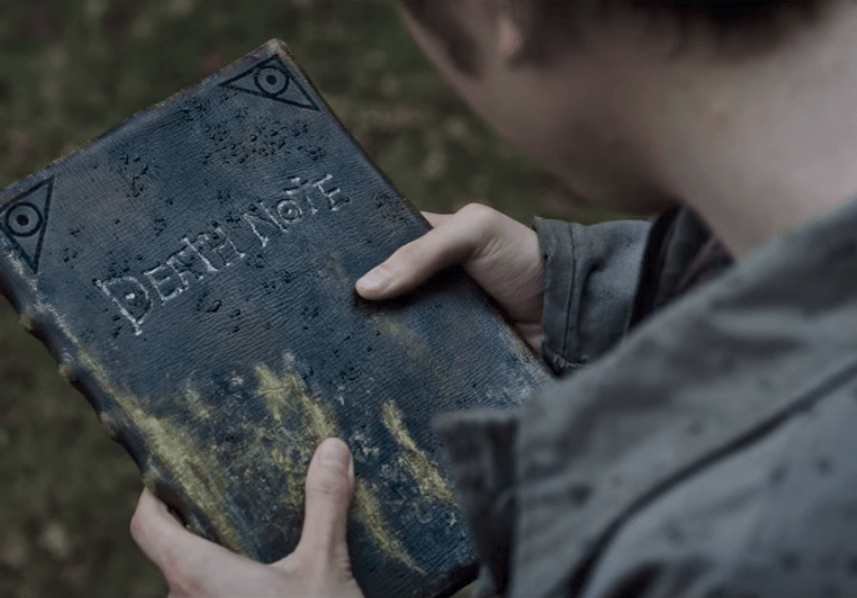 DEATH NOTE NETFLIX: Ask me what my favorite anime is and Death Note would be one of the first to come to mind. With layer upon layer of plot twists, well-developed characters, and noteworthy animation, Death Note remains to be one of the few animes to give me a total mind-f*ck.  The unique premise of a sociopathic yet intelligent high school student coming across a notebook that kills anyone whose name is written on it, is already something to look forward to in itself. Yet the anime elevates the awesomeness several notches higher, by having the two main characters try to outwit each other in a deadly game of strategy.

I won’t pretend to be a Death Note purist, so I’ll put a disclaimer this early that I have never read the Death Note manga, although I did obsess to some degree on the Death Note anime. I can’t tell if the anime has been faithful to its source material, but I didn’t really mind, given that the anime is already a huge chunk of badass on its own.

Some deviations are necessary when making an adaptation, especially a live-action one. This is the reason why I managed my expectations before I watched Netflix’ version of Death Note. After all, I have seen Shūsuke Kaneko’s live-action Death Note 2006 movie, and despite a few inconsistencies with the anime, that movie was actually pretty good.

Death Note Netflix on the other hand, was the polar opposite. If you can’t read further than here, then I’ll tell you now that IT IS HORRIBLE. I’m not even going to tread into the whitewashing controversy since the cast and director already had a lot to say about that. I hated the movie not because of the casts’ ethnicity, I hated it plainly because it sucks.

For one, there are a lot of gaps in the plot that the film wasn’t able to fill. Like how Light Turner was supposed to be a genius, yet the only way that they have established this is by showing him doing the homework of other students for money. This doesn’t show that he’s a genius; it only shows that he can answer a few math problems. It isn’t even established why he needed to do it for money in the first place, given that his father has a decent paying job in the police force.

There are a bunch of other things that were inconsistent and shaky, but enumerating them would give already give away the whole plot (since almost every aspect of the movie is flawed). To mention a few, the supposedly romance between Light and Mia, a character introduced only by Netflix’ version, felt awkward and forced. The rules of the Death Note itself, were also not properly established, and were only mentioned briefly. The biggest disappointment though, would have to be the portrayal of the main characters, which what would have made Death Note an interesting movie. The weak performances, coupled with the poor character development gave us half-assed shadows of the Light and L we know from the anime. And don’t even get me started with the scene where Light sees Ryuk for the first time.

Director Adam Wingard says that he’s hoping that Death Note Netflix would be a trilogy, so it supposedly makes sense not to cramp the whole thing in one movie (he considers this film an origin story). However, it’s no longer a question of whether the plot of Netflix’ Death Note is faithful to the anime. This movie is a total mess, adaptation or not.