Darkest Hour Full Movie Review: If there would be a companion film to Christopher Nolan’s “Dunkirk”, nothing would be more fitting than Joe Wright’s “Darkest Hour”. Both films cover the same dark period in British history when the country is in the brink of war with the Germans. While “Dunkirk” takes us on ground to where the stranded troops are, “Darkest Hour” reveals in detail what happens beyond the scenes. It springboards from Winston Churchill’s untimely appointment as Prime Minister, and leads toward the decision to whether Britain should strike a peace treaty with Adolf Hitler, or push on with their seemingly losing battle.

It is almost inevitable not to relate “Darkest Hour” with “Dunkirk”, as the events in the latter are pivotal in the former’s plot. But while Christopher Nolan’s war thriller was riddled with gripping, claustrophobic action that doesn’t delve too much into its historical context, Wright’s political drama is unapologetically wordy. It savors its own interpretation of Churchill’s controversial position as Prime Minister, and presents that discourse, can even be more powerful than bullets.

Despite being mostly verbose, Darkest Hour’s pacing keeps it from being a snooze-fest. The direction, screenwriting, and score all work together to deliver a sense of urgency, and the cinematography is made up of beautifully shot frames that play with light and shadow. Not to mention the occasional injections of humor that lightens up the otherwise serious and stressful plot. 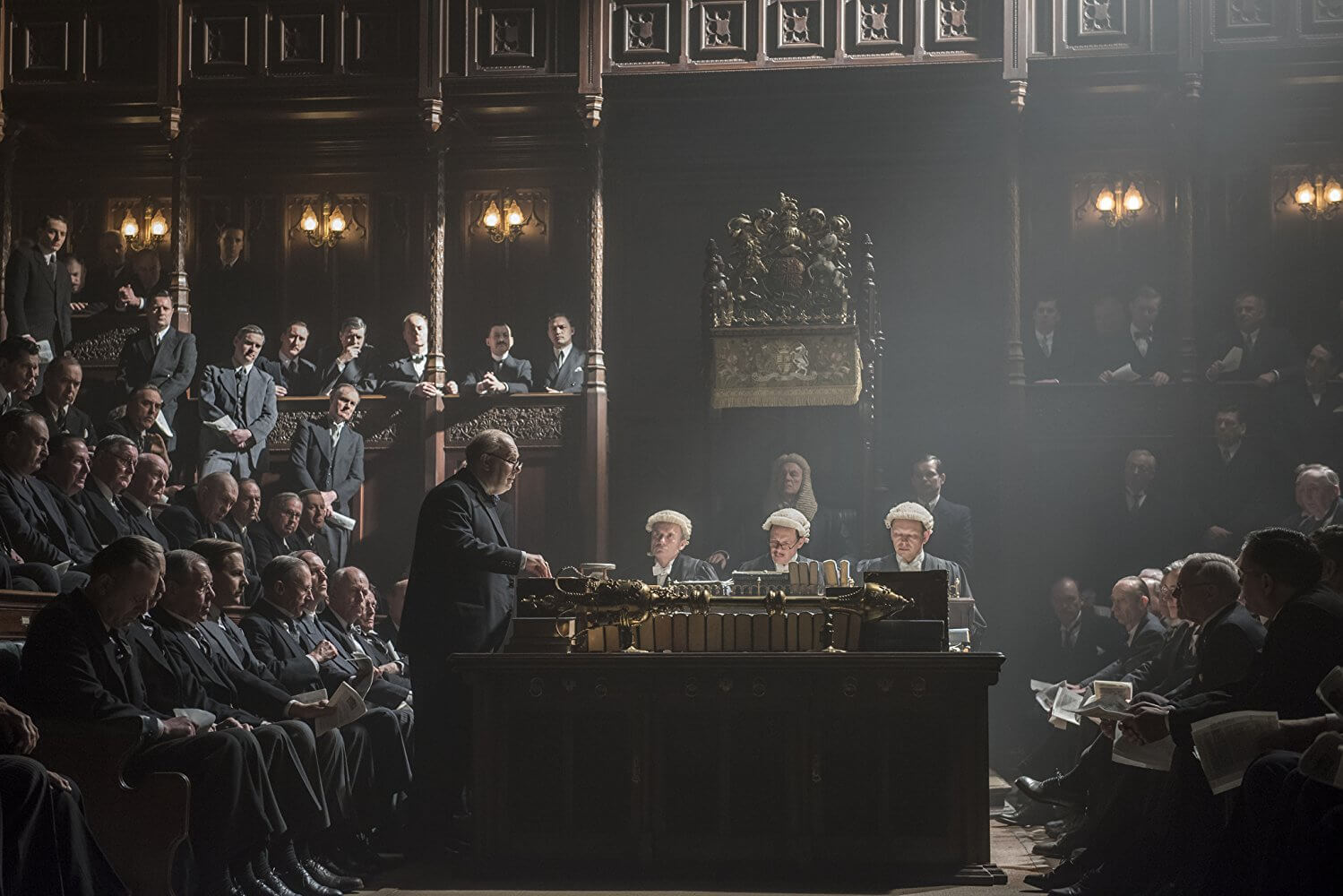 Gary Oldman’s powerful performance gets across the intensity and pressure of knowing that the decisions he makes may determine the fate of the world and the lives of soldiers. His portrayal humanizes Winston Churchill by showing that he is also flawed, and offers a moral dilemma by making the audience root for a person who’s willing to order a suicide attack merely to distract the enemy. 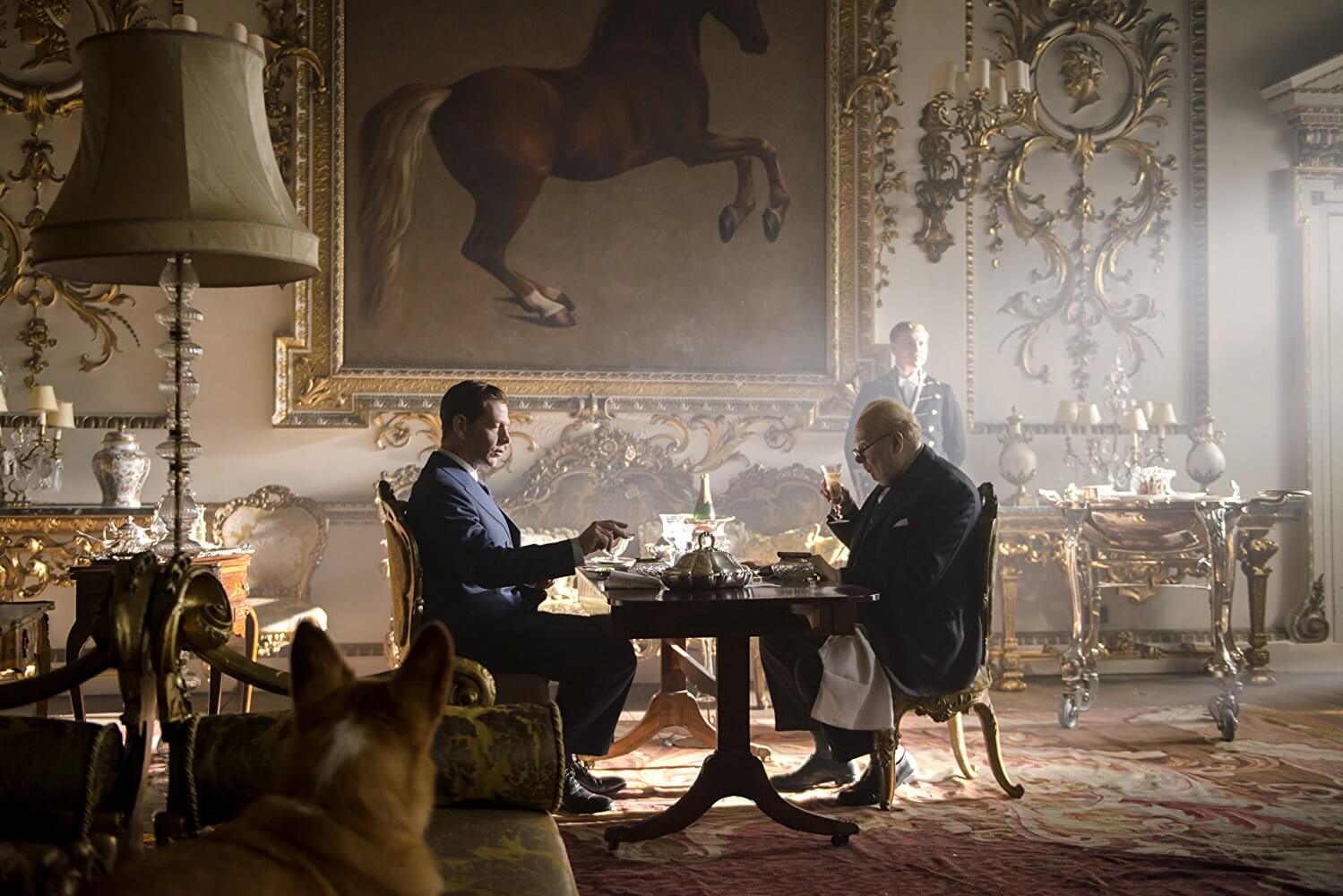 But Oldman’s award-winning performance as Churchill is largely in part because of his noteworthy (and slightly eerie) transformation into a balding, stout, and stubborn 66-year old historical figure. Renowned Japanese special effects make-up artist, Kazuhiro Tsuji, reportedly prepared his makeover, and took a break from fine art sculpting to accommodate Oldman’s request. The outcome is a work of genius that transforms Oldman’s appearance while allowing him to be expressive at the same time. 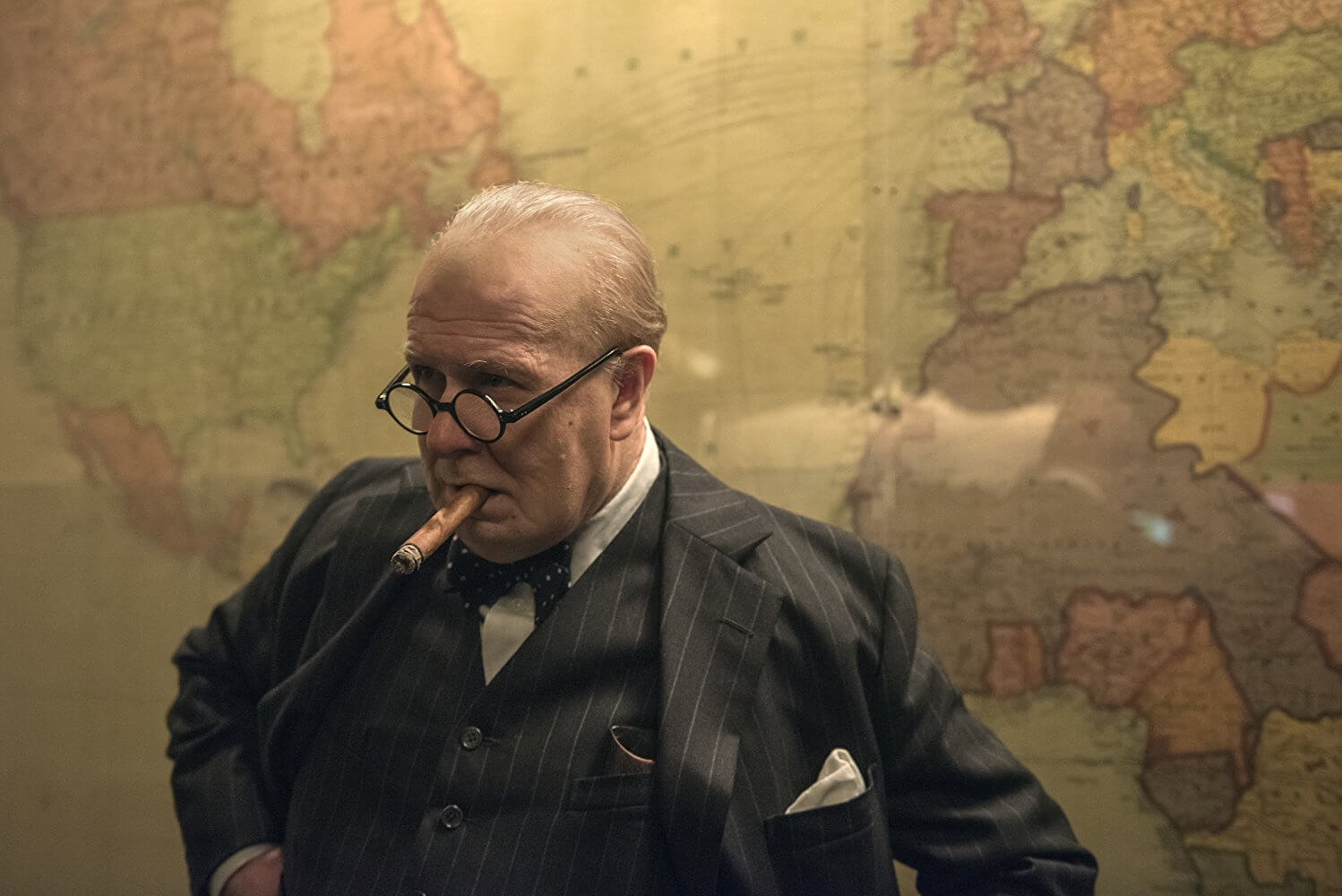 “Darkest Hour” is a story of this dark time in history, as much as it is the story of Winston Churchill himself. Joe Wright masterfully makes a political and historical drama gripping and engaging enough to keep you glued to the screen. It is a history lesson I would not mind to take.