Yúshēng and the 12 steps to Lo Hei 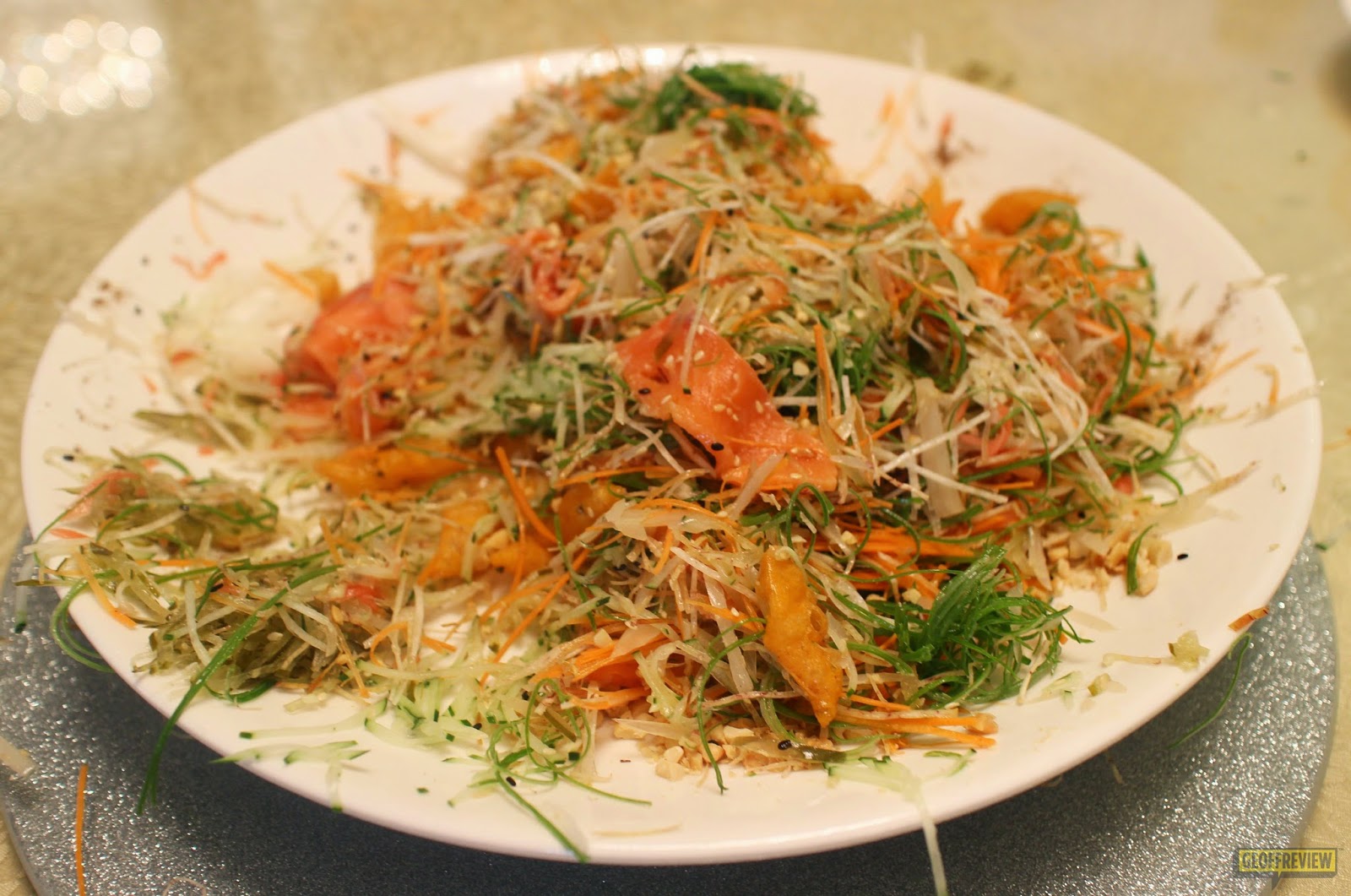 I made several efforts to make 2015 a more fruitful and rewarding year than the previous one – I went to Pink Sister’s Convent at Tagaytay, wore something red on my first day at work, and even ate a significant amount of round fruits and sticky rice cakes on New Year’s eve (at the expense of my New Year’s resolution). In one of my earlier posts, I’ve also told you that part of my efforts was enjoying the Yúshēng (余升) aka The Prosperity Toss Salad, which we happily gobbled up at the BGC branch of Crystal Jade Dining In.
The Yúshēng is primarily enjoyed by Chinese communities living in Malaysia and Singapore. It is believed to usher in prosperity and wealth which is why it is usually served on Chinese New Year, and is popular among businessmen. Apparently, its charm has made its way even to yuppies like me who are always on the lookout for a prosperous year ahead! 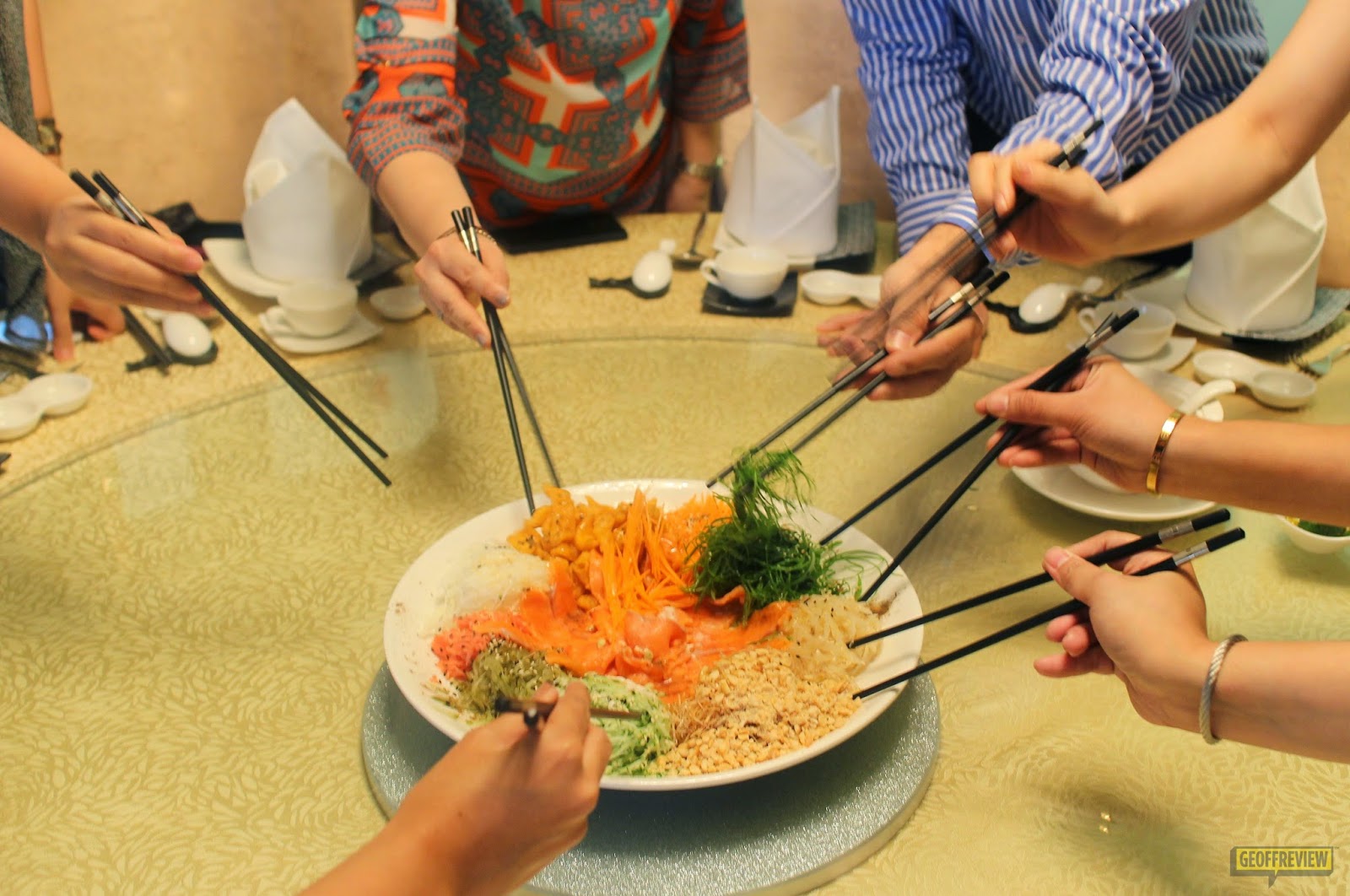 The Yúshēng is also known the Prosperity Toss Salad because you have to toss and mix up the colorful ingredients before you eat them. I was told that the higher the toss, the stronger the good luck so it’s fine be all out with those chopsticks without having to worry about the mess.
However, there’s a sophisticated ritual that you need to follow to maximize the prosperity brought by this special dish. Each of the ingredients in the dish was carefully selected and has an auspicious meaning behind it. As the dish is served to you, the waiter or waitress, would say something  as part of the ritual. 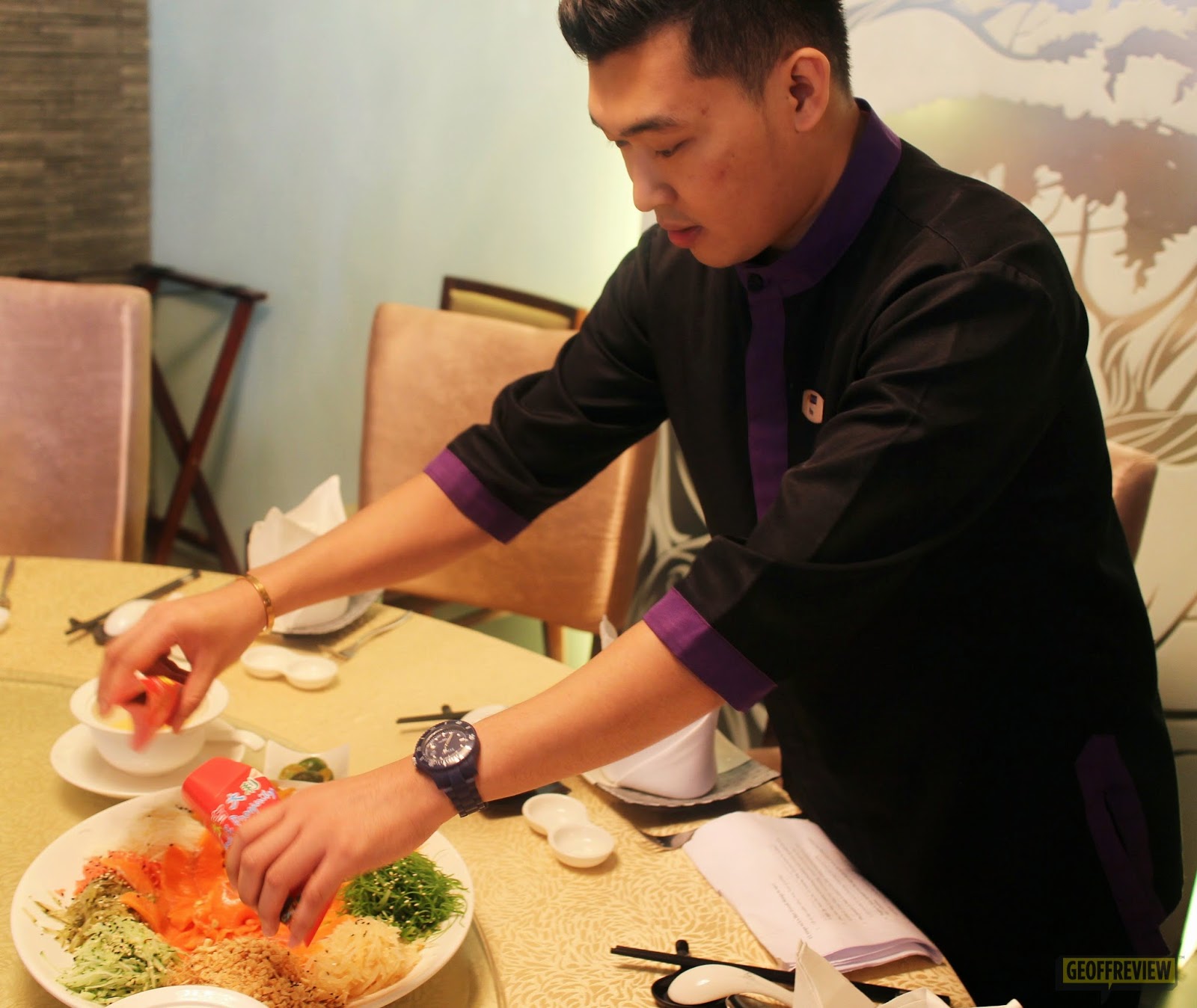 I present to you:

1.       Everyone at the table offers New Year greetings.

2.       The raw fish is added, symbolizing abundance and excess through the year.

年年有余(Nian Nian You Yu) meaning “Abundance through the year”

3.       The pomelo or lime is added to the fish, adding luck and auspicious value.

4.       Pepper is then dashed over the ingredients in the hope of attracting more money and valuables.

5.       Then oil is poured out, circling the ingredients and encouraging money to follow in from all directions.

6.       Carrots are added to the fish indicating blessings of good luck.

7.       Then the shredded green radish is placed on the fish symbolizing eternal youth.

8.       After which the shredded white radish is added – prosperity in business and promotion at work.

9.       The condiments are finally added. First, peanut crumbs are dusted on the dish symbolizing a household filled with gold and silver.

11.   Deep-fried flour crisps in the shape of golden pillows is then added with wishes that literally the whole floor would be filled with gold.

12.   All toss the salad 7 times with loud shouts of Lo Hei and other New Year wishes. (Lo Hei which means to “to rise”, in reference to a rising or thriving business.).

After making a beautiful mess of the dish that was served to us, I started gobbling up the greens. It would seem that the Yúshēng tasted as good as the luck that it brings! The colorful ingredients went well with each other, especially when I poured a generous amount of apple sauce and soya oil on my dish. It’s also healthy so it having this dish should be good for my well-being too! 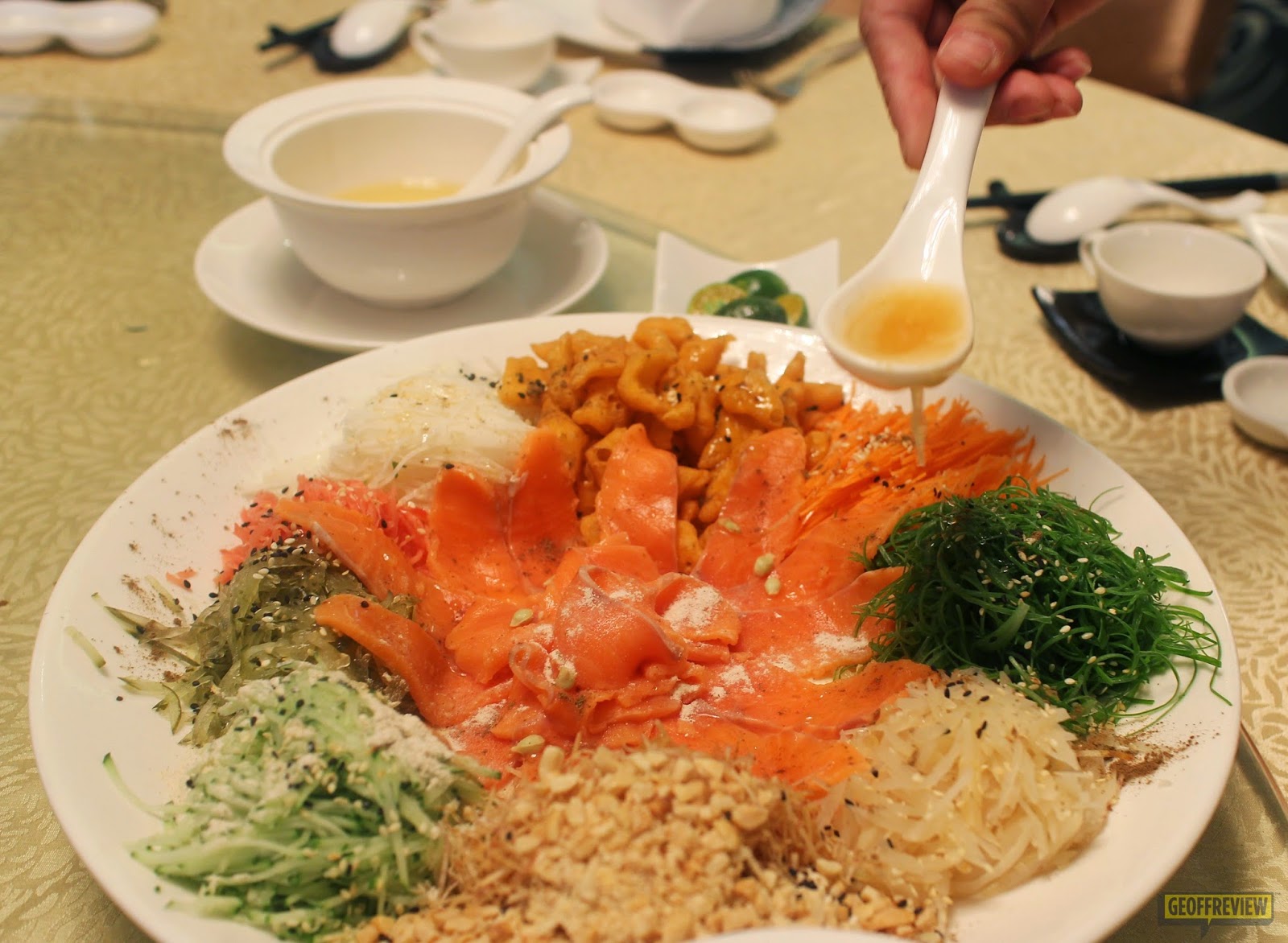