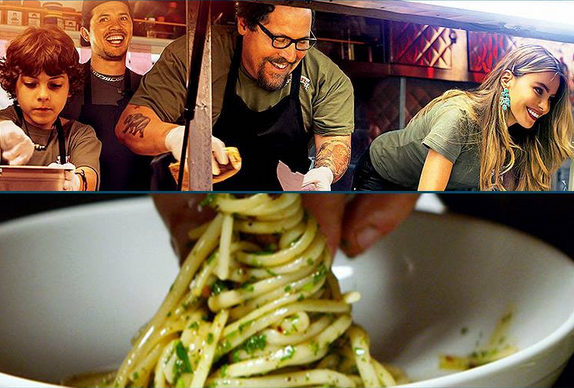 Watching this movie on an empty stomach was a bad idea. I should have had at least a bag of chips to get me through the first one and a half hours. Tony Bourdain’s TV shows and Jiro Dreams of Sushi have made my mouth drool over something visually, but Chef took it to a different level and made me run out and look for something to munch on. 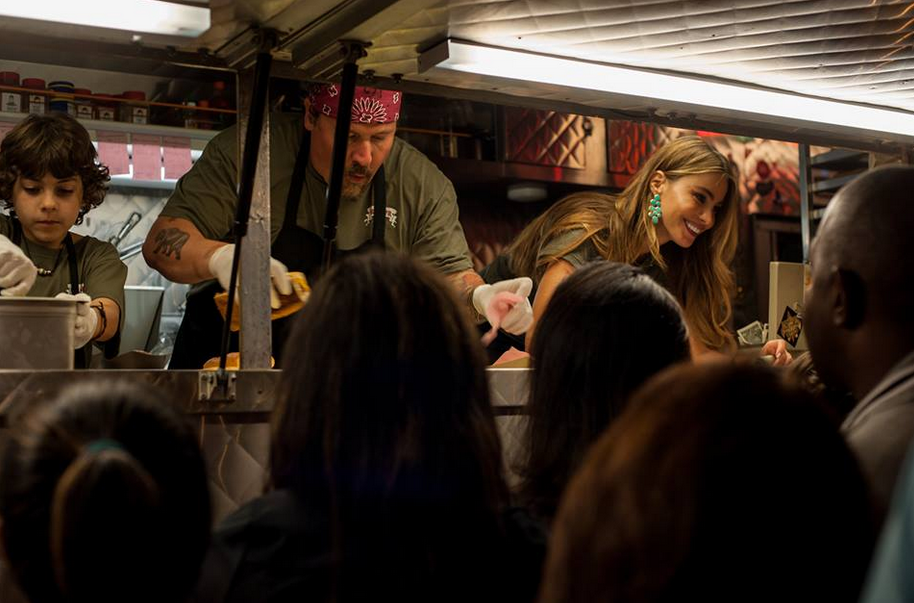 Chef Carl Casper managed to start a social media war with famed food blogger and critic Ramsay Michel, giving him a bad rep especially online. Due to his series of unfortunate, amateur tweeting and public humiliation, his ex-wife, Inez, managed to persuade him take a break at Miami, and eventually convincing him to start a food-truck business. With his new project, Carl starts to find his passion for cooking once again and rebuilds his relationships with the right people in his life.

The movie starts, of course, in the kitchen. That very first scene where you see Carl sautéing garlic made me wish I could smell the vegetable slowly cooking with olive oil. More than a few scenes were dedicated to the cooking, focusing on how the food is done and how tasty they probably are when the characters take the first bite – it’s as if the movie is teasing you to take another cheat day and grab a Cubano even though you’ve just finished a whole Quarter Pounder already. Add that to the fact that the production got Roy Choi as a food consultant. The dishes looked amazing! 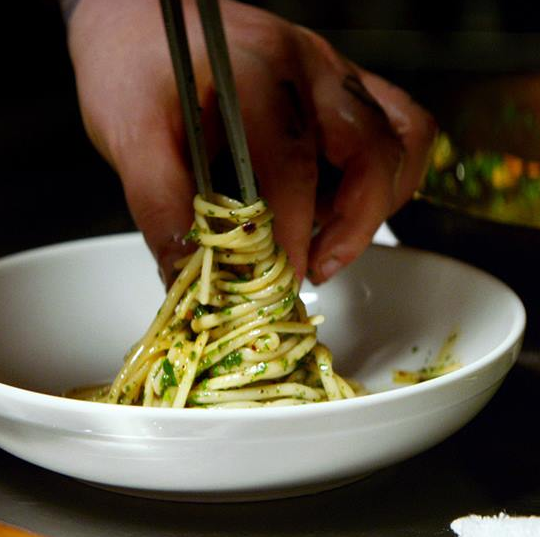 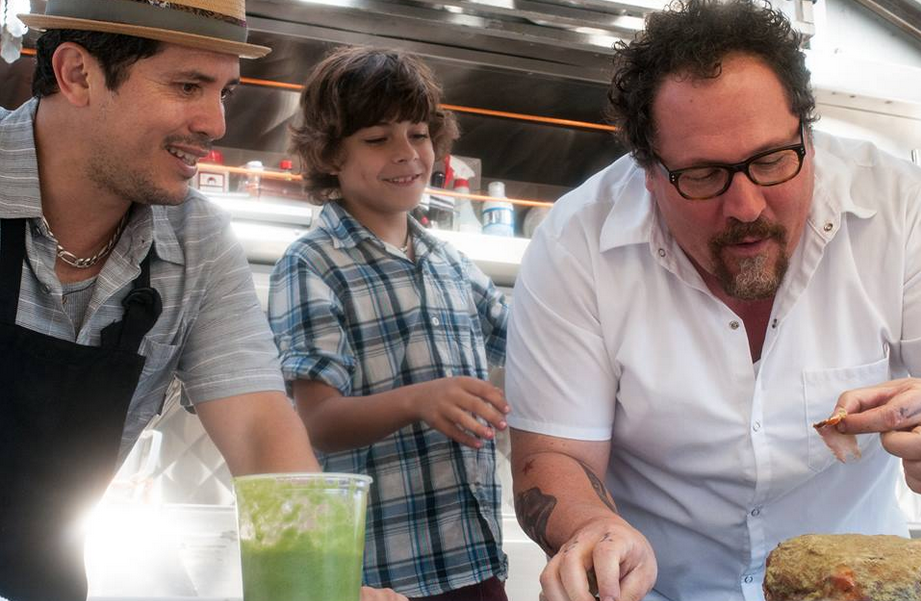 The story is a reflection of food culture primarily for the chefs and restaurant diners. It made me ask myself: “What is it that makes you go out and spend some money to eat? Is it the expensive grass-fed beef or what the chef can do with his limited resources? What gets restaurants customers? Is it the expensive ingredients or what you can do with the ingredients you have?”

Jon Favreau, aside from starring in and directing the film, also wrote the screenplay. He managed to garnish just the right amount of charisma to a story that everyone may know quite well – one that  makes you ask: “what do I choose, money or career?” He makes you reflect on the character’s struggle, where sometimes he had to choose between cooking for the money and cooking as passion.  He may have taken a queue from his real-life experiences as a director who might have made big budget mistakes in the past, or started with something small in his profession, just like a Chef. This made me more excited to know what will happen next, as the movie went on with Carl’s existential crisis. The film had an equal amount of fun and seriousness that everyone enjoys, just like a good meal. 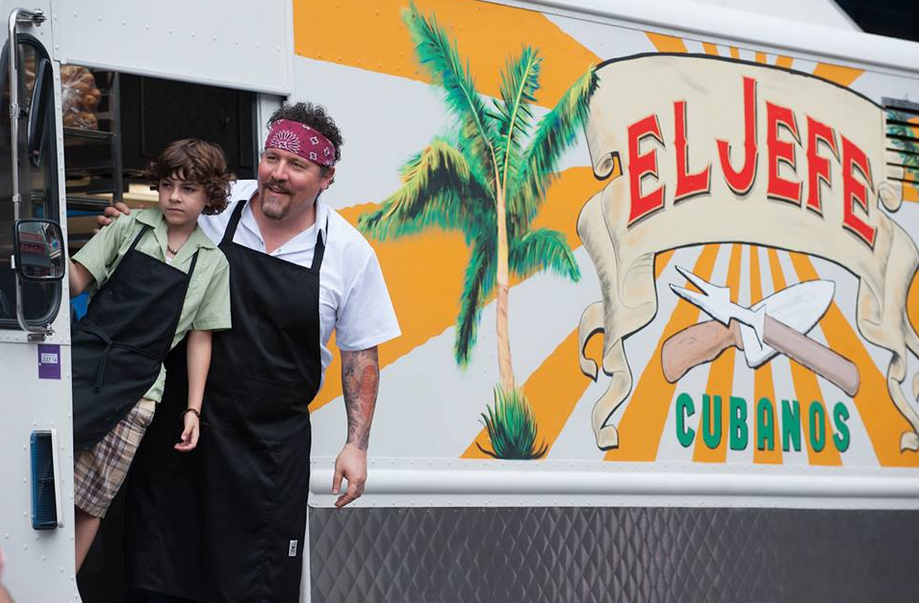 Favreau definitely pulled out the big guns with the cast he got for the movie. Of course, he must be besties with Robert Downey Jr. and Scarlett Johansson, whom he worked with in the Iron Man series. It’s refreshing to see both of them as minor characters, although they’re both still terrific even in small roles. Sofia Vergara played Inez, Carl’s ex-wife, which is a toned down version of Gloria of Modern Family. Her lively charm and comedic timing gave an equal amount of light to Favreau’s Carl.

It’s been a while since I’ve seen John Leguizamo, and I was quite excited seeing him other than Romeo + Juliet or Moulin Rouge. Finally, he’s a real person who doesn’t speak any dialogue by Baz Lhurman. The other star of this cast is Emjay Anthony, who plays Carl’s son, Percy. Percy is growing up in a broken home, but seems more vulnerable rather than a spoiled brat. Anthony’s Percy is relatable enough to make me remember my childhood when I was still trying to understand the world’s hardships as I grow up. 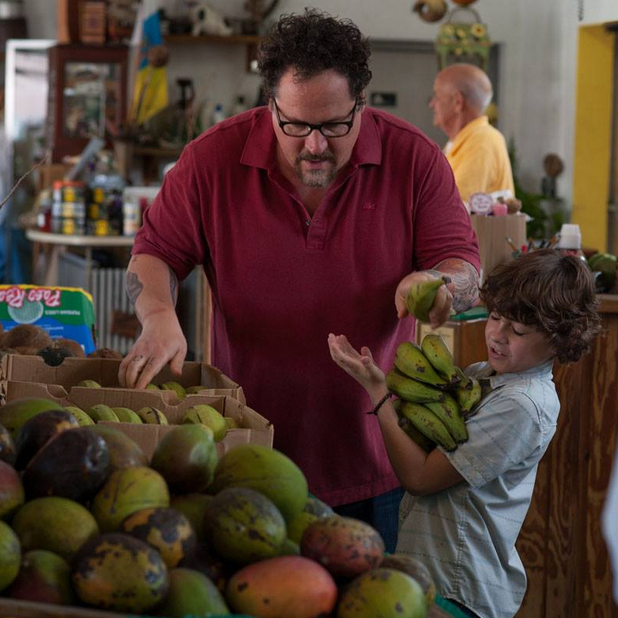 As the movie ended, all I wanted to do was eat. Sadly, I couldn’t find a descent establishment that serves great food for less. Maybe we need more chefs who just want to cook, much more than earning money. If only Carl Casper were a real person…I could really use a good sandwich right now.

Credits to the images and videos used in this post go to “Chef”, and/or to their respective owners. I do not own these materials. No copyright infringement intended.