Finally, Foodgasm has reached its climax (pun intended *wink wink*)!
Last August 31, the UP Economics Society tripled the flavour as they held the third Foodgasm at Mercato Centrale, BGC. Foodies, Bloggers, and chefs went on a gastronomic experience as fresh food businesses competed in being the third Foodgasm Champion.
As one of the Foodie-blogger judges who’ll get to rate and judge the participants, I got a closer look and taste at each of the specialty dishes presented by the contestants as their entries. Other than the taste, other factors that I considered in giving my rating was how well the dishes were served and how service-oriented the participants were – similar to how you actually review a food establishment.
Since there were a lot of specialty dishes that I got to try that night, I don’t think I’d get to fit all of them in one post, so my Foodgasm experience is going to be a two-part series. For my first post, let’s start with my personal favorites:

Yep, you got that right. The “B” here stands for “Buffalo”, although the lady who was accommodating us said it could also stand for “Best”. I got no problem with that since they did seem to be the best among the participants, especially in serving the taste-testers. We were served their best-selling “Black Mamba” wings, which had just the right spiciness for me, together with some beer and milk (yes, milk. In case the wings are too hot for you to handle). 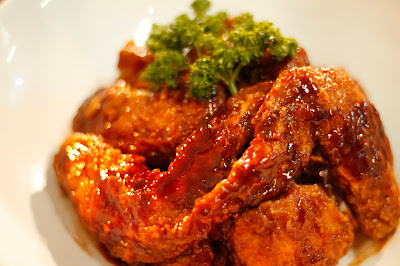 These are coconut juice drinks with a twist of Aloe Vera or Basil Seed with Honey. Coconut juice with Aloe Vera wasn’t that surprising, but Basil Seed with Honey sure did get my attention. I didn’t think it would be much of a thirst-quencher since it was thicker than your usual fruit juices, but I can imagine this to go well with any kind of meal.

I’m a fan of anything that’s healthy but tasty at the same time that’s why The Juice Barista’s Green Cayenne Reboot made it to my Favorites list. It’s basically a blend of Lettuce, Cucumber, Spinach, Lemon, Kangkong, Apple, and Cayenne Pepper. Now don’t get intimidated by all the veggie ingredients – trust me, this one tastes good, you’d want to be a vegetarian.

Desserts flavoured after local fruits aren’t new to me anymore since there are already several frozen treats and yogurts in the market offering these. However, Pepito’s Pinoy Sorbet left a mark on me with how close these ice creams taste to the real thing! Probably because these home-made desserts are made from all-natural flavors with no artificial colors. Other than the Sampaloc, I’d sure love to try a “Santol” and “Pinya’t Sili” Sorbet! 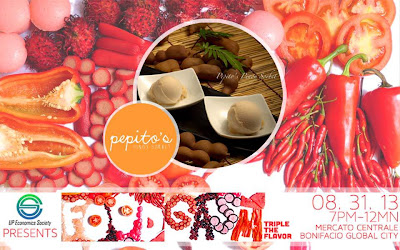 Flavor Avenue’s Bagnet Paella was definitely a refresher from all the sweets which were offered that night. I liked how the rice tasted good even on its own. They get their Bagnet straight from Ilocos and they make their own Bagoong. If I didn’t have to leave some room for the other entries that night, I would have already eaten my fill with this Paella! 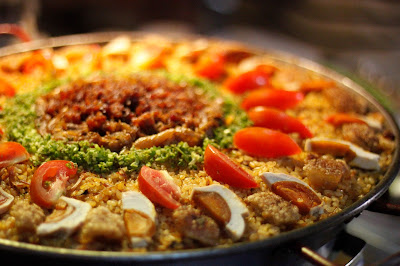 I learned something new that night – “Burrito” actually literary means “Little Donkey”, hence the name of our participant. What makes Little Donkey’s Burrito (Okay, that didn’t sound right) special is that you can request to have either rice, veggies, or even french fries as the stuffing! I say let’s try having all of them at the same time! 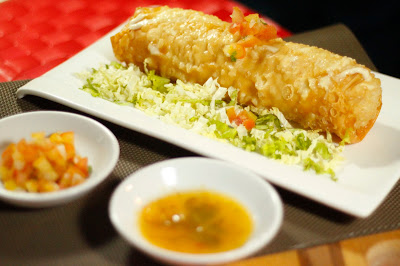 The Pork Dinakdakan caught my attention because instead of the usual sisig that’s served on sizzling plates, these ones are served chilled. Dinakdakan is an Ilocano dish usually made up of diced pig parts (the head and/or the face) and is served in a manner similar to a Kinilaw. I can imagine this to go well with beer. 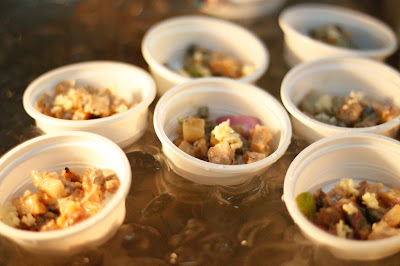 Schmidt’s Gourmet Hotdogs bring the world’s specialty flavors by offering Internationally inspired hotdog sandwhiches. The Japanese-inspired Wagamama for example, is madeup of Japanese Curry, Shredded Nori, Japanese Mayo, and Coleslaw. They have 5 other flavors inspired by different countries – try all of them for a “Food Trip” around the world. 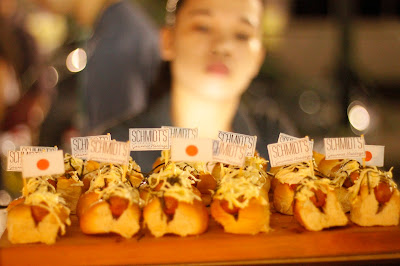 When the winners were announced, I was glad that all of them came from my Favorites List:

Watch out for the second part of my Foodgasm experience to know about the other fresh entries that were served that night. And I’m telling you, if you’re a dessert lover like me, you’ll want to check it out.