Total
0
Shares
0
0
0
The Maginhawa food crawl  that we started at Artsy Café made its next stopover somewhere near the borders of Maginhawa Street at Sikatuna Village. The desserts at Artsy Café didn’t sound very enticing, so my foodie buddies and I decided to go all-out on a sugar rush at Wicked Kitchen. 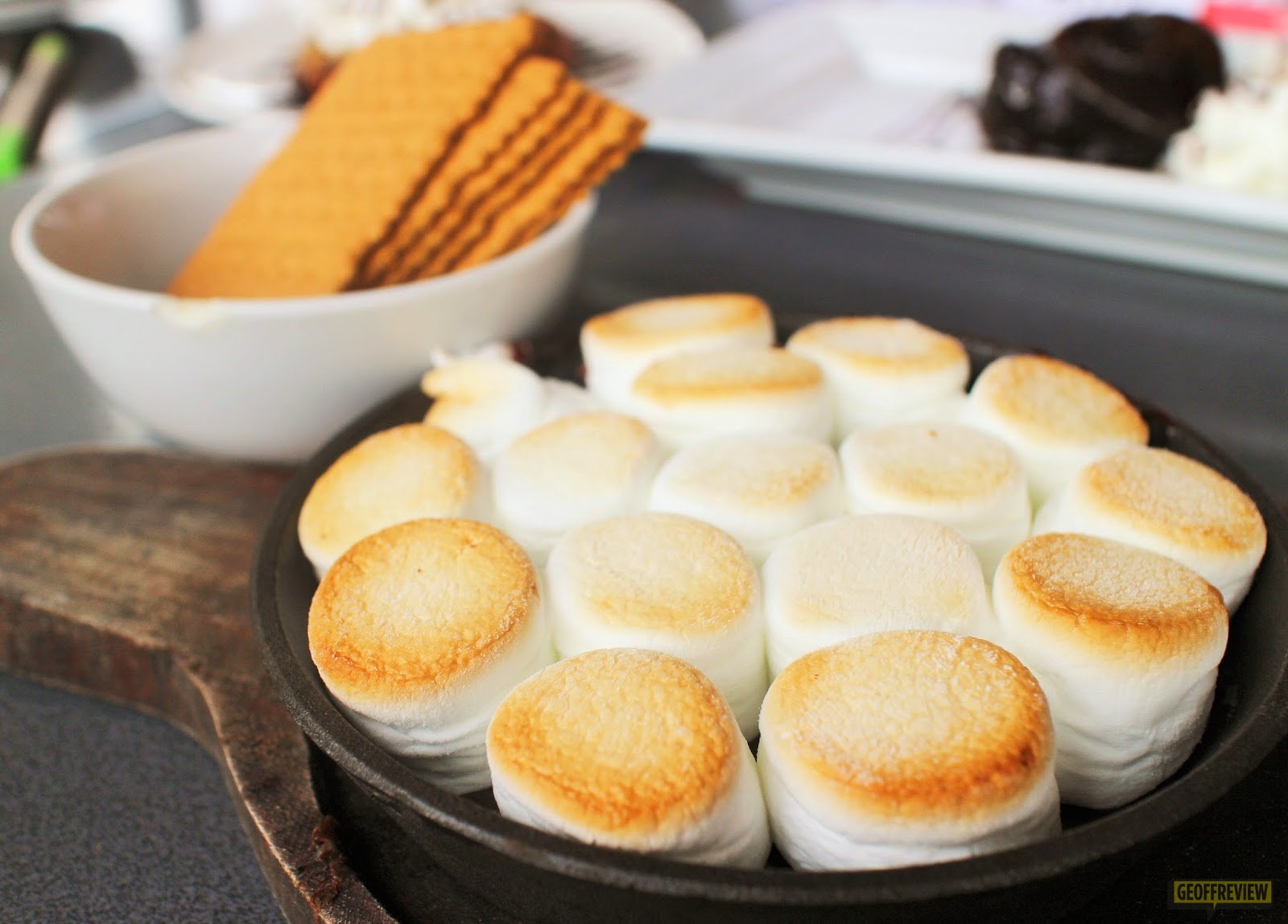 Known for their “Seven sinfully good desserts”, Wicked Kitchen seemed like a perfect place to have an all-dessert binge-eating. The cakes are made to order to guarantee that fresh from the oven taste, although this also means that an order may take around 20-25 minutes to prepare, so be sure to ask for your dessert ahead of time. With sugary delights that are named after the seven deadly sins, I’ve never felt guiltier for ruining my diet that those few hours we spent inside the restaurant. 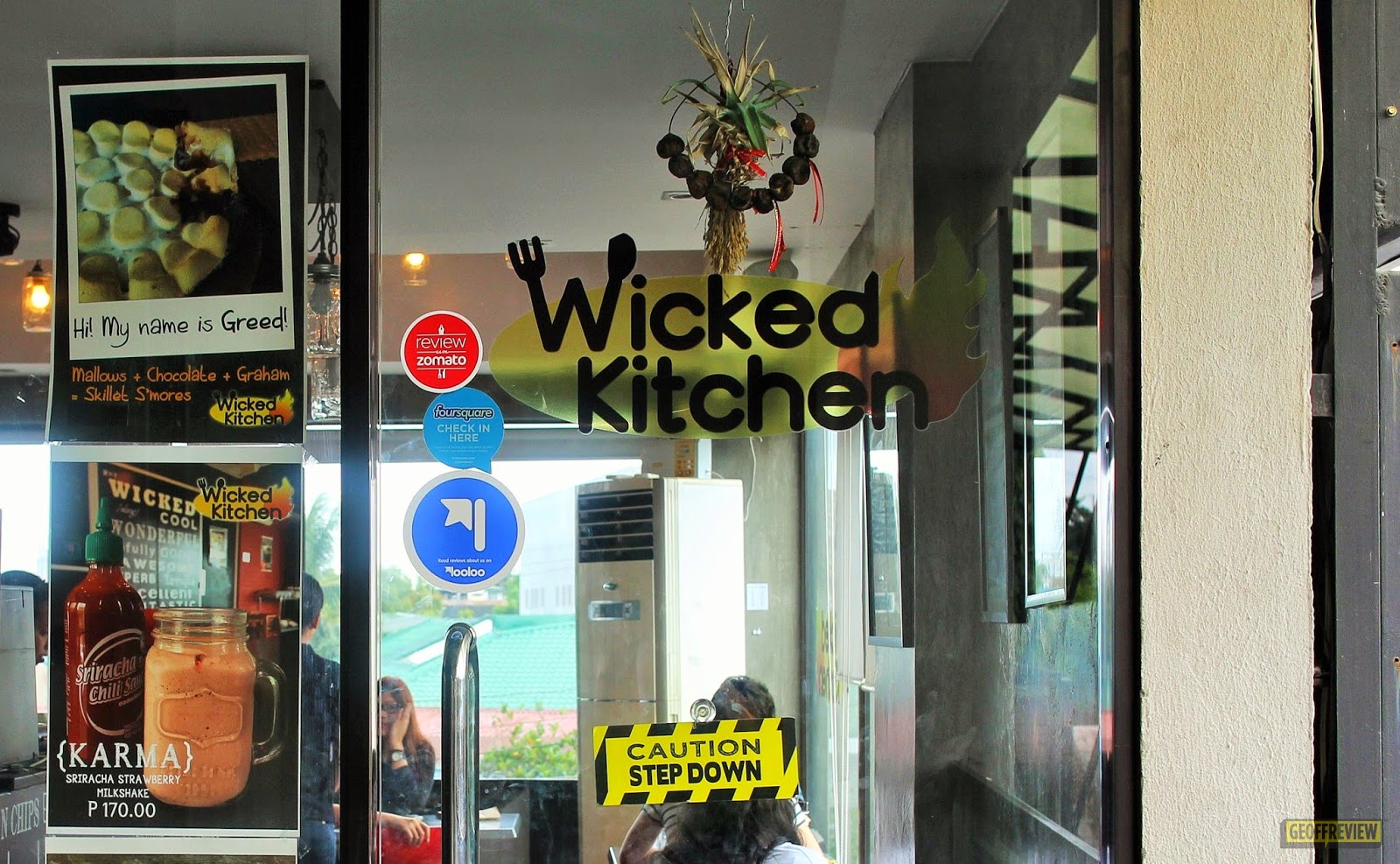 The lady serving us said that each order of dessert is good for one person only. But holy moly when they were served, each dish was good enough for all three of us! That lady has to be more hardcore than I am when it comes to sugar-loading!

The dessert which was named after the sin that I probably commit the most, is a beauty made of a huge, freshly baked chocolate chip cookie. It was topped with whipped cream and vanilla ice cream and drizzled with chocolate syrup to make it more sinful. Cookie ala mode, basically.
The first bite made this my favorite desert on the table that day. The crunchy crust hides warm and sweet cookie dough that’s soft enough to melt in your mouth. The play between the warmth of the cookie and the coolness of the vanilla ice cream was such a treat to my taste buds, I wished that I had two scoops of ice cream instead of just one. You can also ask for an order that’s good for sharing (god knows how large that one would be), at Php 325.00.

Puffed mallows on top of warm, melted chocolate are served on a skillet. Imagine sisig but instead of chopped pork parts sizzling in oil, you get mallows sitting on chocolate.

This dessert requires some preparation from your part, as this is going to be a DIY delight. You make your own s’mores – get some mallows, add a ‘lil bit of chocolate, and sandwich the whole thing between two graham crackers. The mallows are solid enough for scooping from the skillet, but soft enough to be squished against the grahams. We were given 5 pieces of graham, but you can ask for extra with an additional Php 25.00. 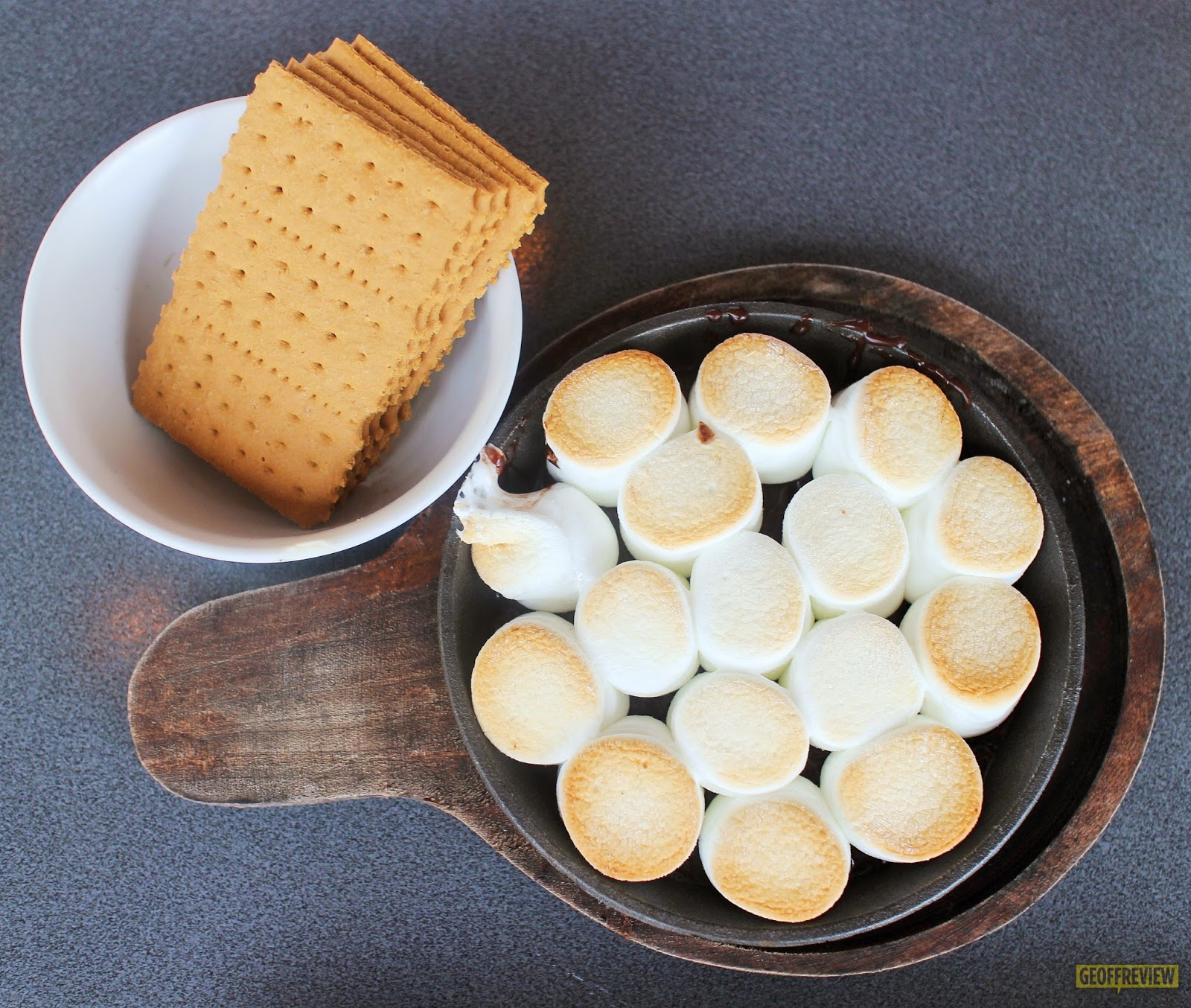 Now I’m getting an idea why this dessert is called Greed – since you’re the one preparing your own treat, you can put as much mallows and chocolate and even make as many layers of grahams as you want! I don’t know why anybody would do that though since a layer is already sweet enough for me to ask for another glass of water.

I expected a lot from Sloth because I’m fond of lava cakes. What more when you have ice cream and whipped cream to go with it? 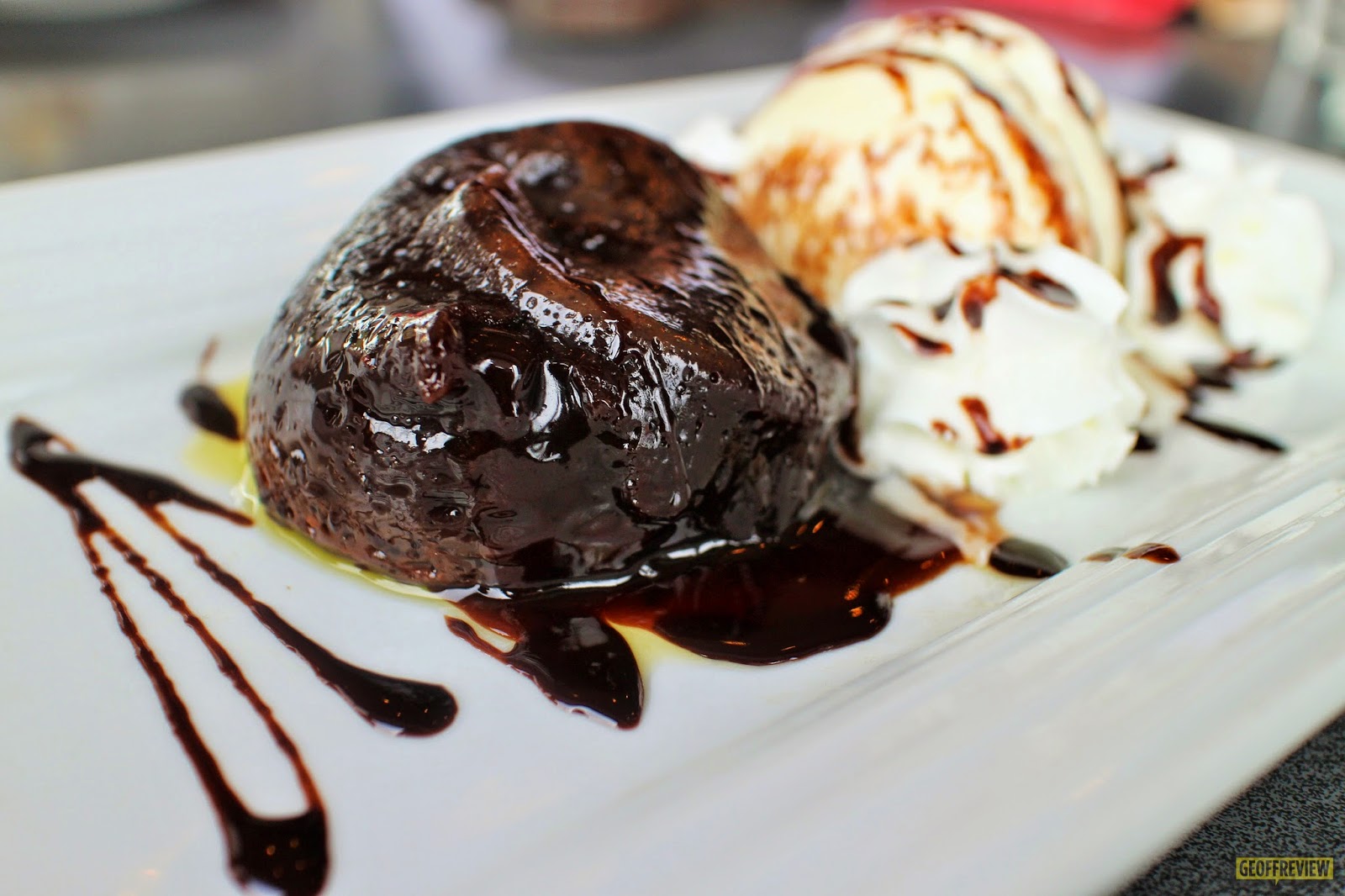 However this turned out to be my least favorite among everything we’ve tried. The cake was a bit undercooked, and had a gelatinous consistency. This did not go well with the warm syrup inside the cake, which would have been perfect had the cake been baked well. I guess I’d have to make another visit to check if this was really how their lava cake is done, or if my experience was an isolated case.

Now obviously this item isn’t one of their 7 specialty desserts, but this is so peculiar that we knew we couldn’t leave without having a taste of it. How would you like to have siracha with your strawberry milkshake?
Wicked Kitchen seemed to be fond of mixing the hot and the cold, but this one has got to be their most unusual combination yet. Upon serving, you can already guess that that’s siracha drizzled on the whipped cream and not caramel syrup. When you sip on the shake itself, you first get that creamy taste of milk and strawberry, but then you feel the spicy kick of sriracha in your throat as an aftertaste. 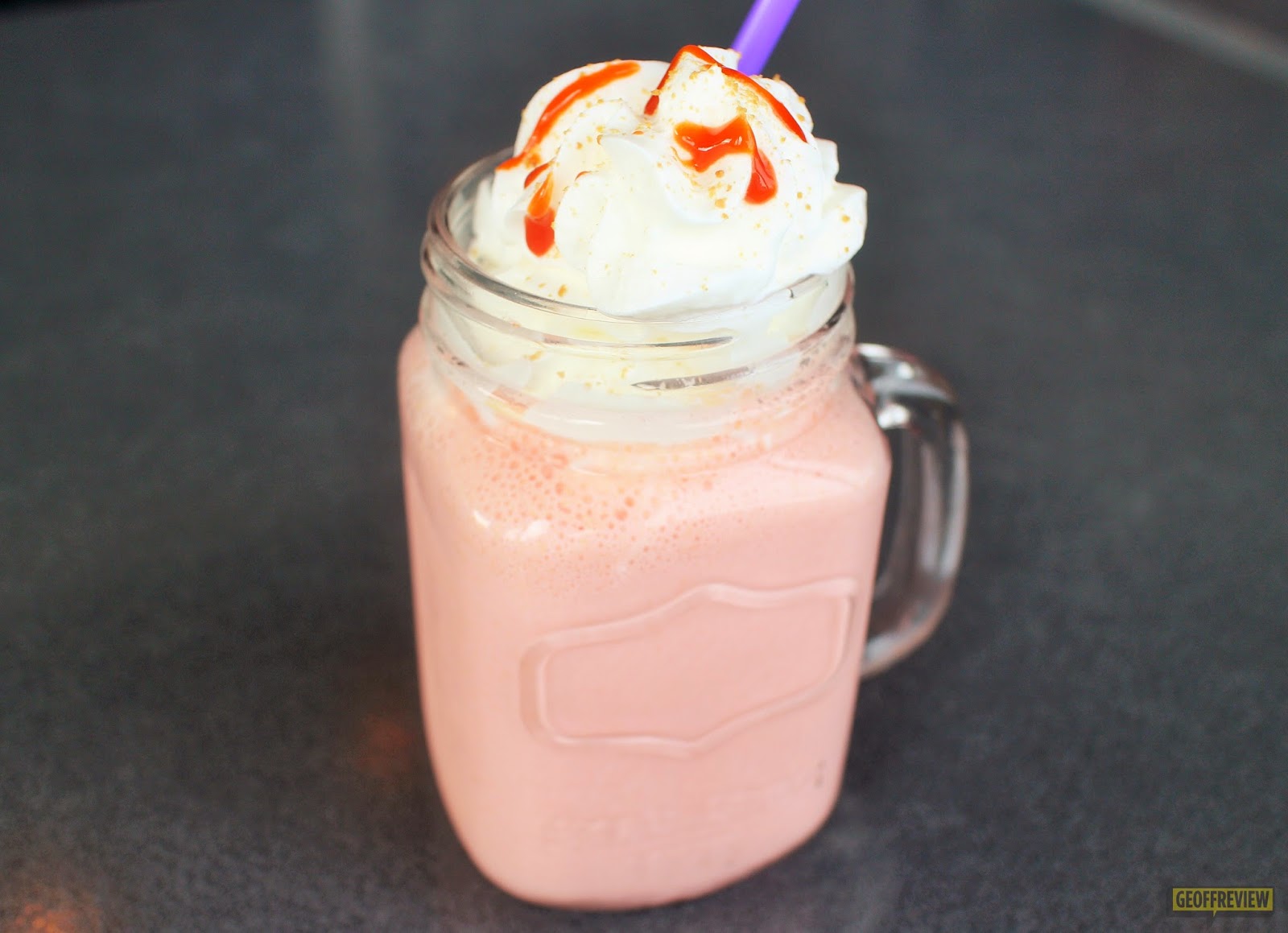 It didn’t taste of fresh strawberries though, and in spite of the creativity, the combination didn’t really have the x-factor that you can find in similar innovations like the salted caramel or red velvet flavors. It’s something that’s nice to try but not one that you’d look forward to having again.
I must admit that I wasn’t able to take on the challenge of trying all 7 desserts of Wicked Kitchen. Aside from my tummy complaining that it’s had enough, I couldn’t shake off the guilt of having this much sugar. If it’s any consolation, the three that we tried are their best sellers. But if you’re curious, here are the rest of the “sins” we weren’t able to commit.
Wrath – Php 163.00
Spicy Nutella-mango crepe with ice cream and warm flaming Cointreau
Envy – Php 189.00
Chocolate Lava cake with green mint chocolate ganache
Pride – Php 160.00
Food for the gods with ice cream
Lust – Php 178.00
Choco fondue with fruit, mallows, and food for the gods.
I promise to be back though and get a bite of all these baddies. Wrath looks promising!
Wicked Kitchen
2ndFloor, Maginhawa Building
189 Maginhawa cor. Makadios Streets
Sikatuna Village, Diliman, Quezon City
(02) 433-0196