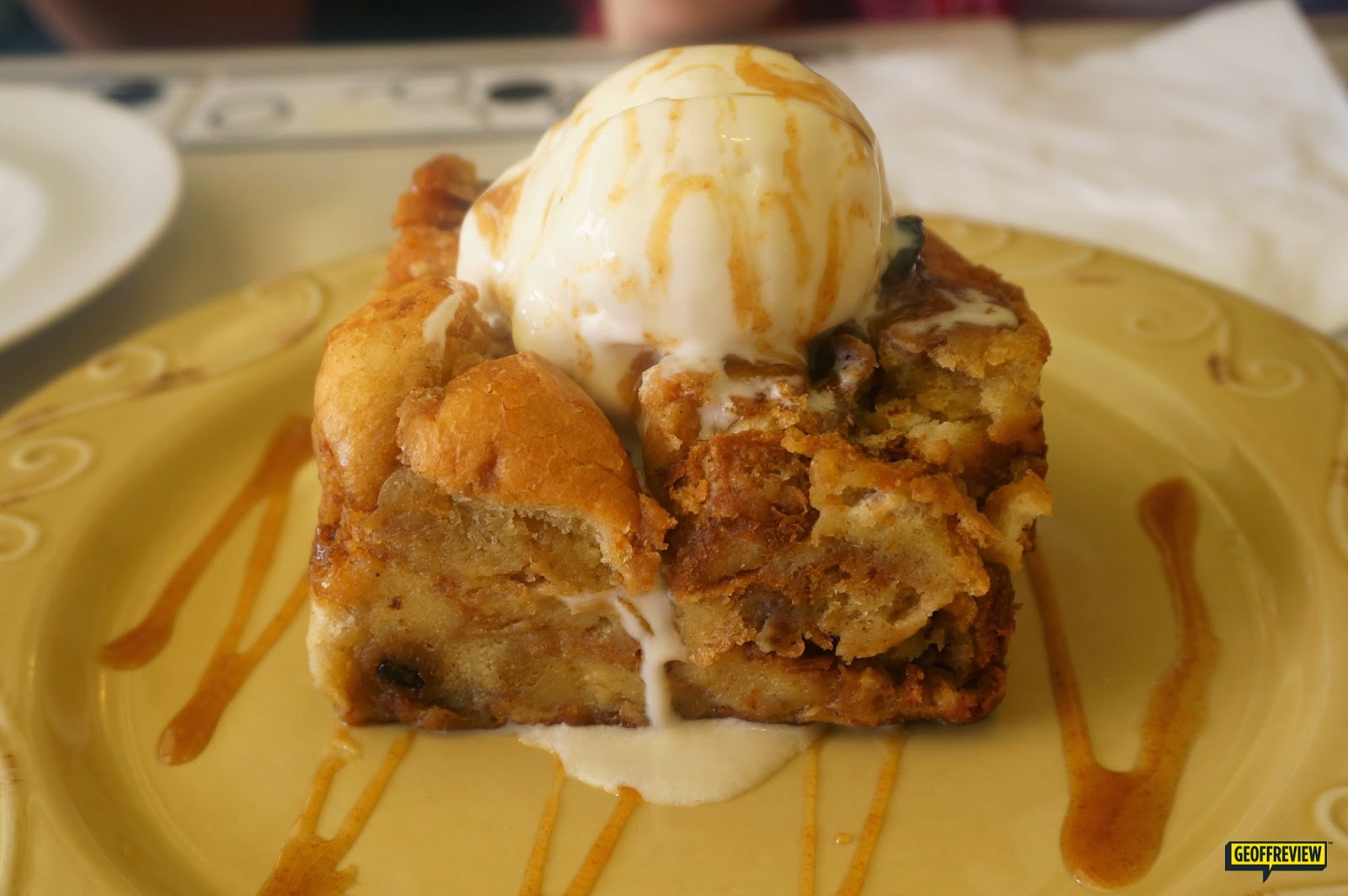 In my previous post, I have told you about how my food trip buddies and I impulsively had a weekend getaway to Laguna to celebrate a friend’s 24th birthday. It may sound cliché but when traveling, we always believe that it’s not just about the destination, but the journey as well (Okay, now it did sound cliché) so we made the “journey” worthwhile and made a few stops along the way. One of the stopovers that we did was to have lunch, which we delightfully had at Dalcielo Restaurant.
Located at SEARCA Residence Hotelalong Duhat Street at UP Los Baños, Dalcielo had a set-up that resembles a fast food restaurant, but one that is stylish and elegant. It was well-lit, with a lot of natural light coming in from the large windows, and a nice classical music playing on the background. 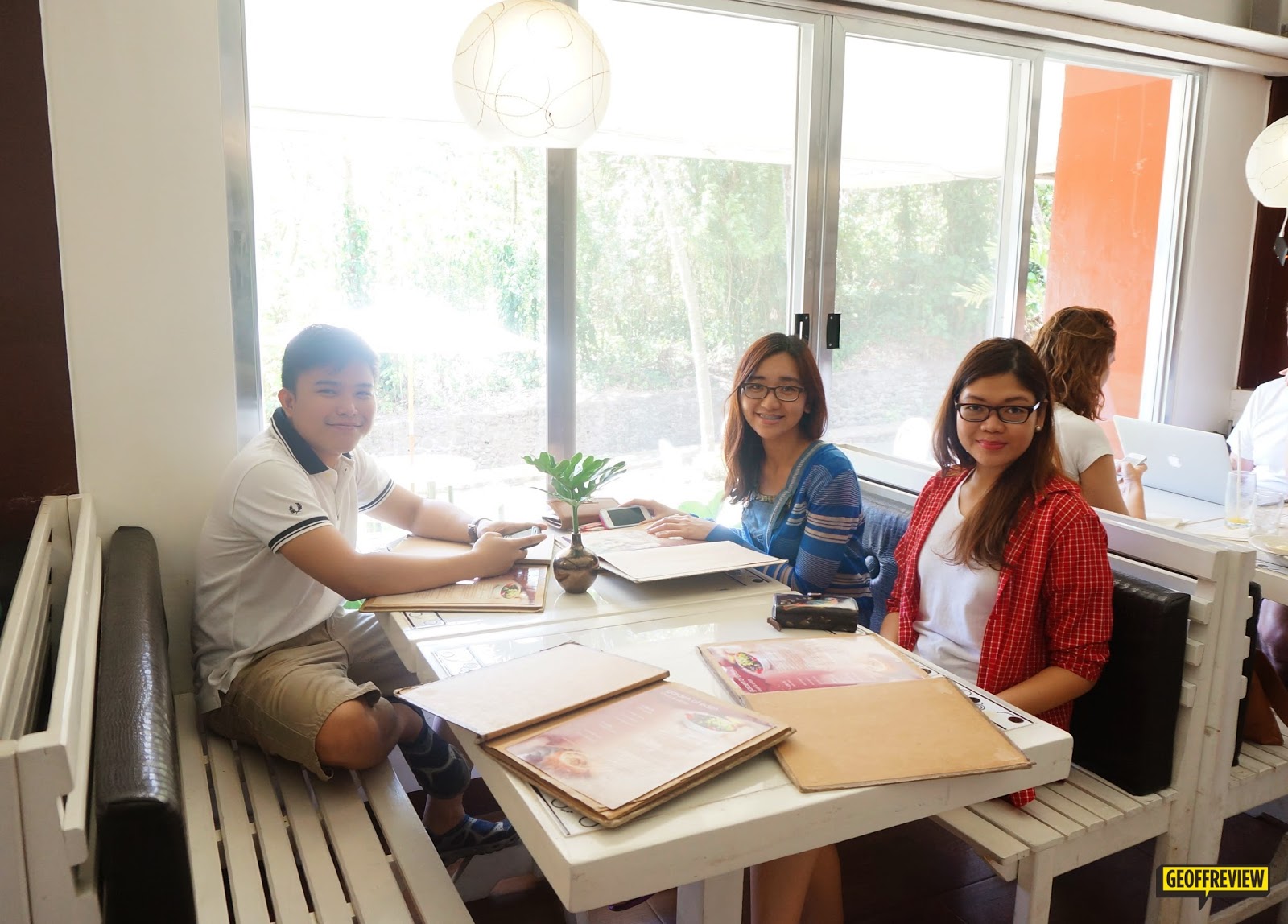 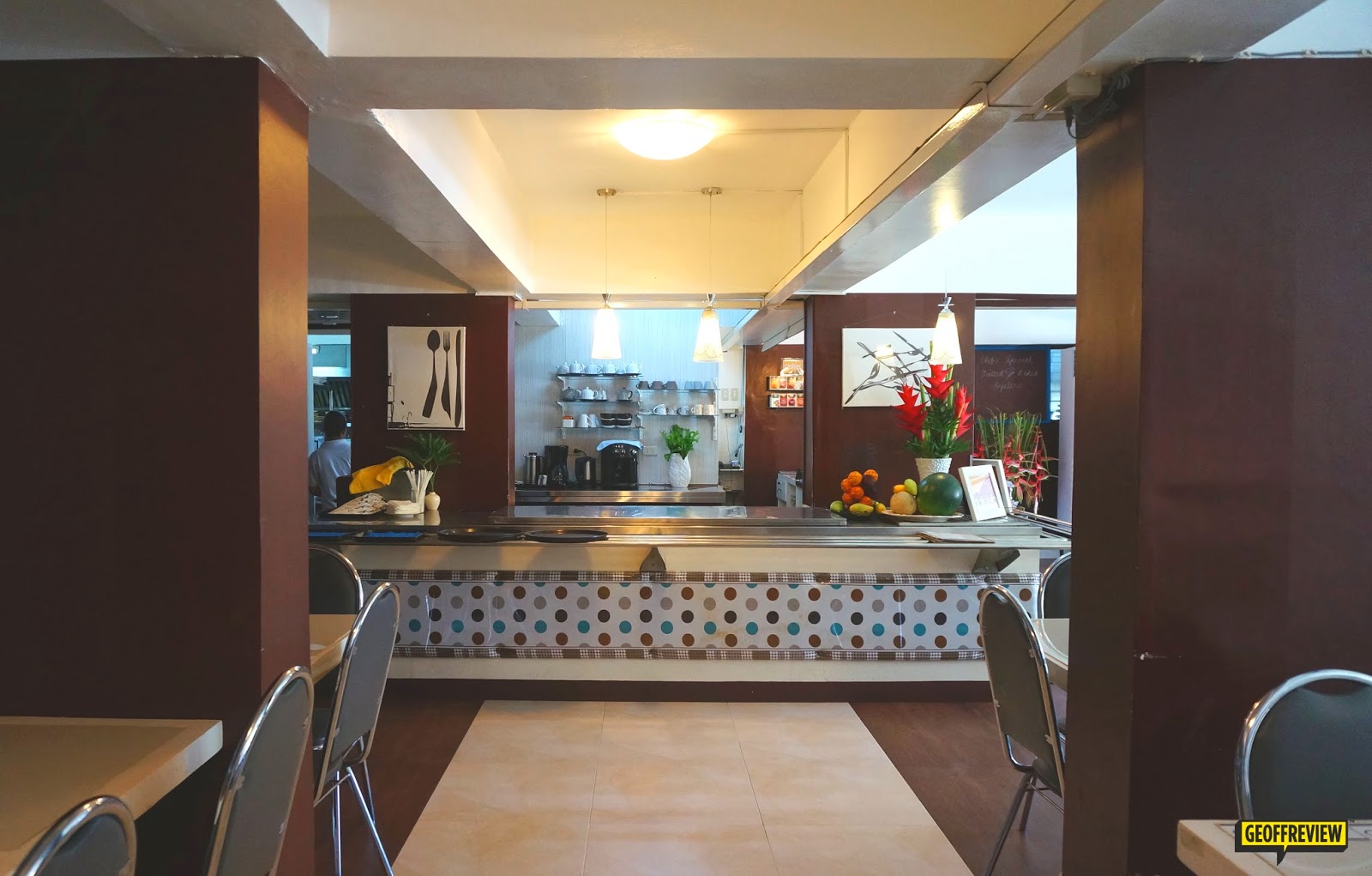 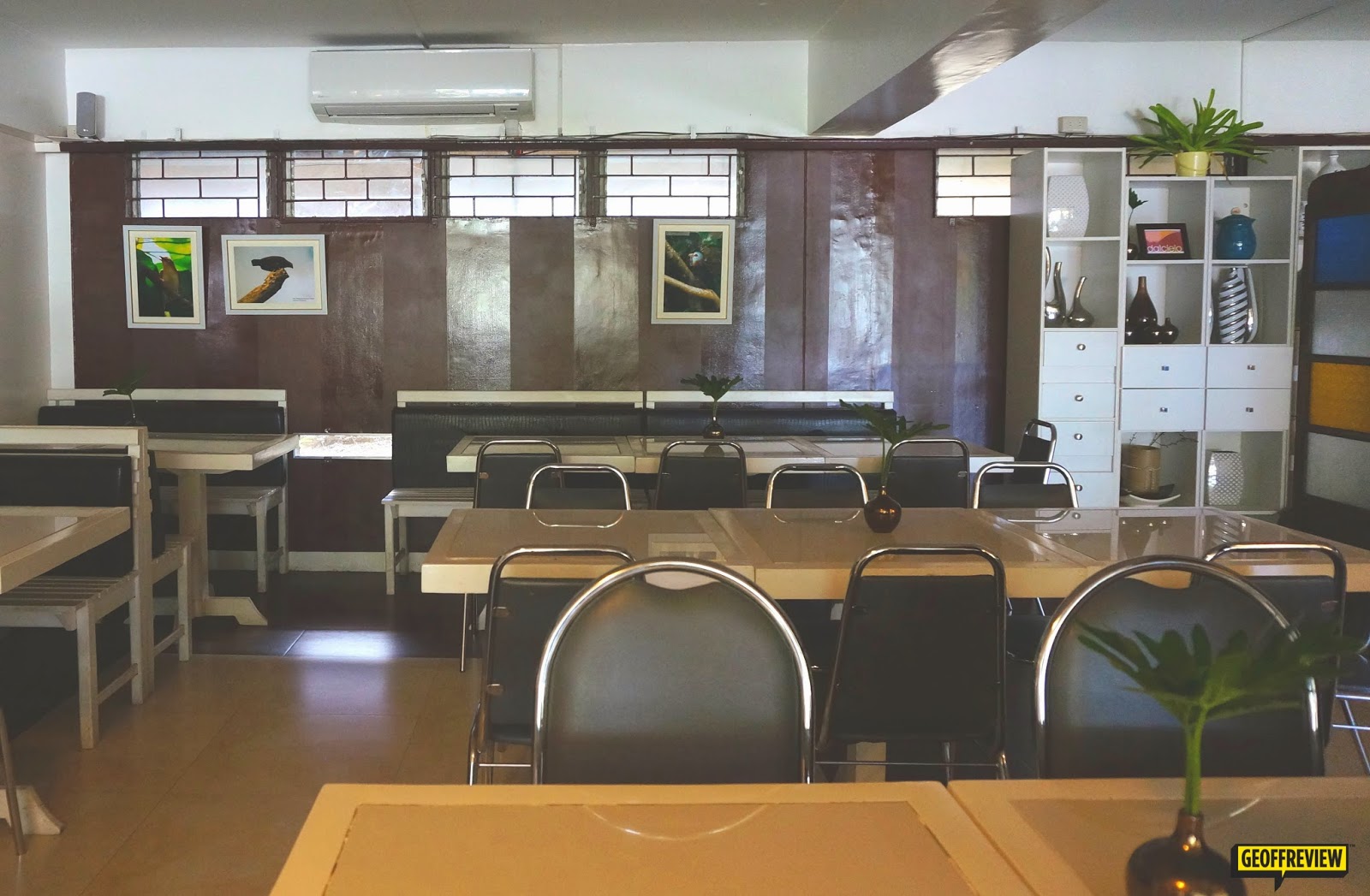 According to the lady taking our orders, “Dal Cielo” means “Heaven Sent”. No wonder the menu was categorized into blissful names like “Garden of Eden” (Soups and Salads),” Transgressions” (House Specialties), “Purification” (beverages), and “Salvation” (desserts).
Even though it wasn’t in the menu, we were offered the Crispy Pata, which is one of the house specialties that they take pride of. One order was good for four to five people, plus it comes with a free Pane Budino a la Mode for dessert, so it was perfect for us.
The Crispy Pata was made to order and takes around 15 minutes to prepare, so we had to wait a little bit. However, it was taking longer than expected to cook, so the management offered us a complimentary muffin to munch on while we wait. It was so nice of them, and they just scored several notches up in my approval meter because of this. The muffin was a huge one, good for 2 people maybe, and it had sweet chocolate bits inside.
When the Crispy Pata finally came in, I can say that it was worth the wait! It tastes really good and affirmed the “Crispy” part of its name. Although it wasn’t exactly boneless as the lady taking our orders told us, we didn’t complain because the meat enveloped by the crispy skin was soft enough for chewing. It also comes with a mango and tomato salad with bagoong. 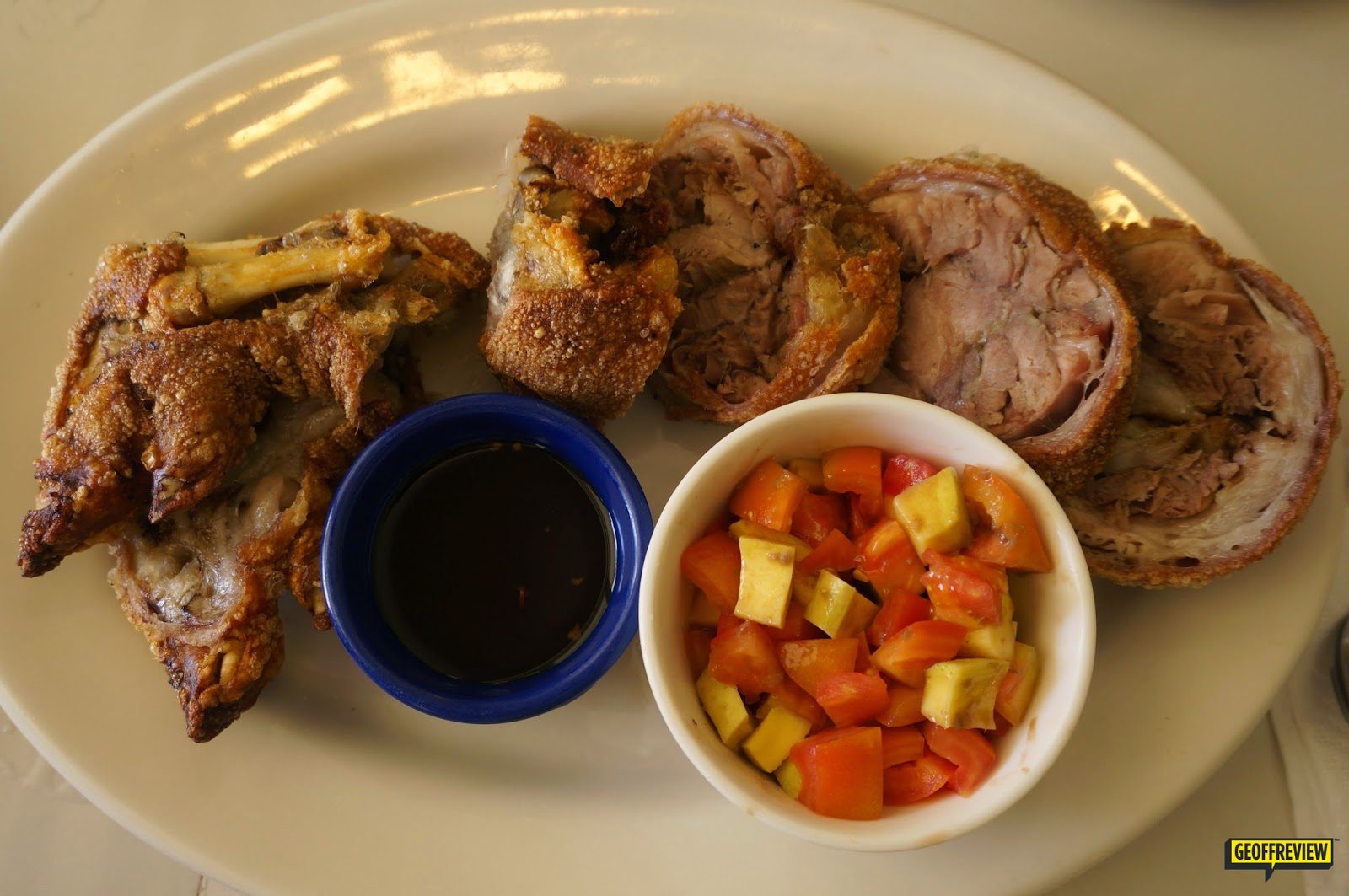 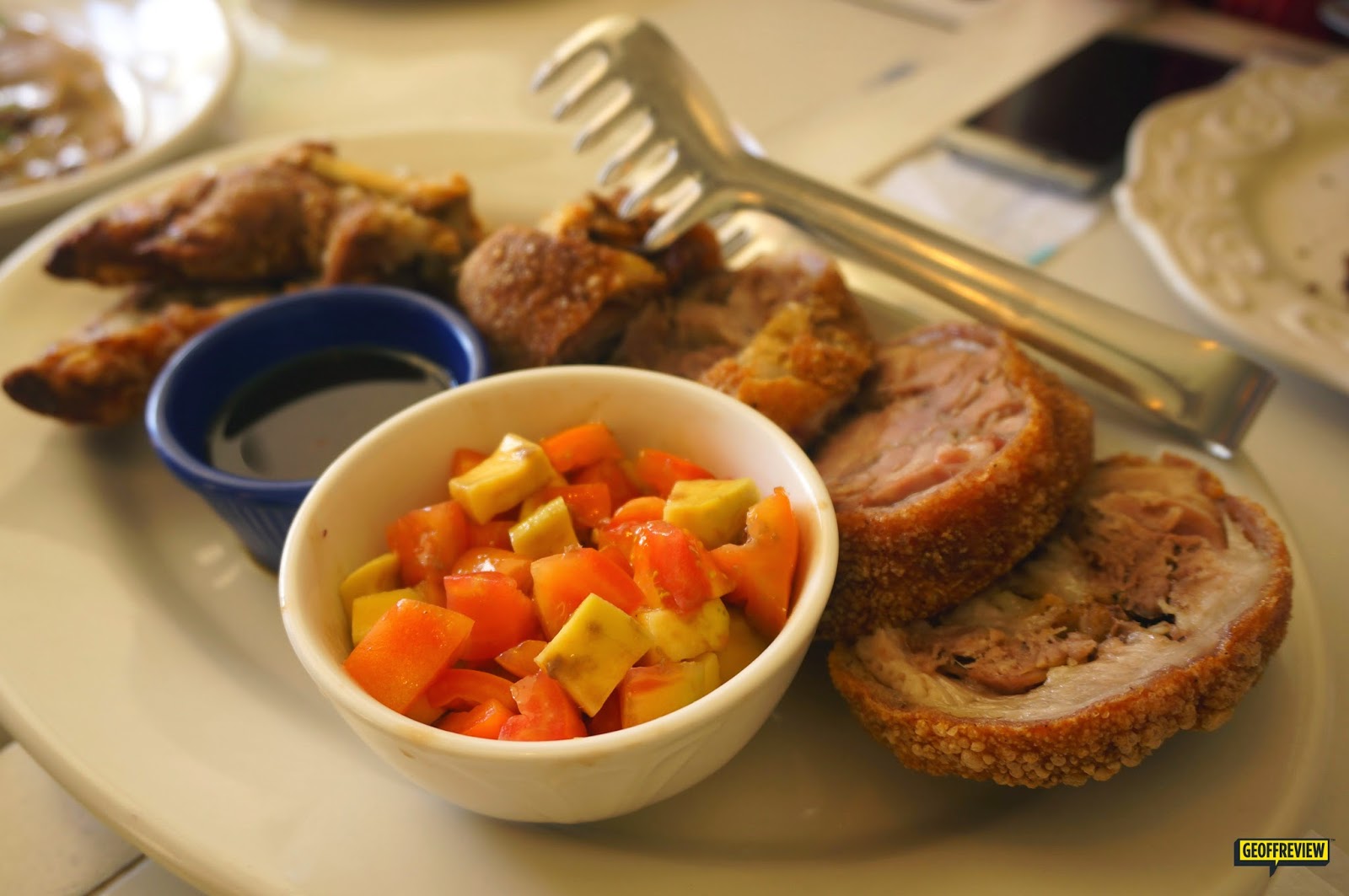 Aside from the Crispy Pata, their other best sellers are the Callos ala Madrilleña (ox tripe and tail stew with Spanish chorizo, Php 275.00), and the Lengua con Setas (ox tongue in creamy mushroom sauce, served with roasted veggies, Php 450,00). Since the Crispy Pata was already heavy on its own, we just ordered the Lengua as our second dish.
I’m sure some of you can relate to this but I’ve never been very comfortable with the less-conventional meat parts like brain, intestines, and yes, tongue. Even as a foodie, having preferences and favourites can’t be avoided, but I believe I owe it to you guys to know how this one tastes (see? That’s how special you are to me). Oh well, I’ve been comfortable eating isaw and sisig anyways so here goes nothing…
As expected, it was creamy and buttery. The tongue actually just felt like the usual beef that I’ve been used to. It tastes good! But I couldn’t shake off the fact that these are ox taste buds rubbing against my own so I decided to stick the Crispy Pata.  Looks like I will need more practice.
We asked of ran extra order of veggies to compliment all the meat we’re having. The Roasted Veggies(Php 75.00) are made up of flavourful potatoes, carrots, zucchini, and French beans.
Our orders didn’t come with rice so we ordered several cups of white rice. We later found out that the restaurant ran out of white rice, so they’re serving us brown rice instead at the same price as the white ones we ordered. I didn’t have a problem with it since this will be a healthier version. I’m really impressed at their customer service at this point J 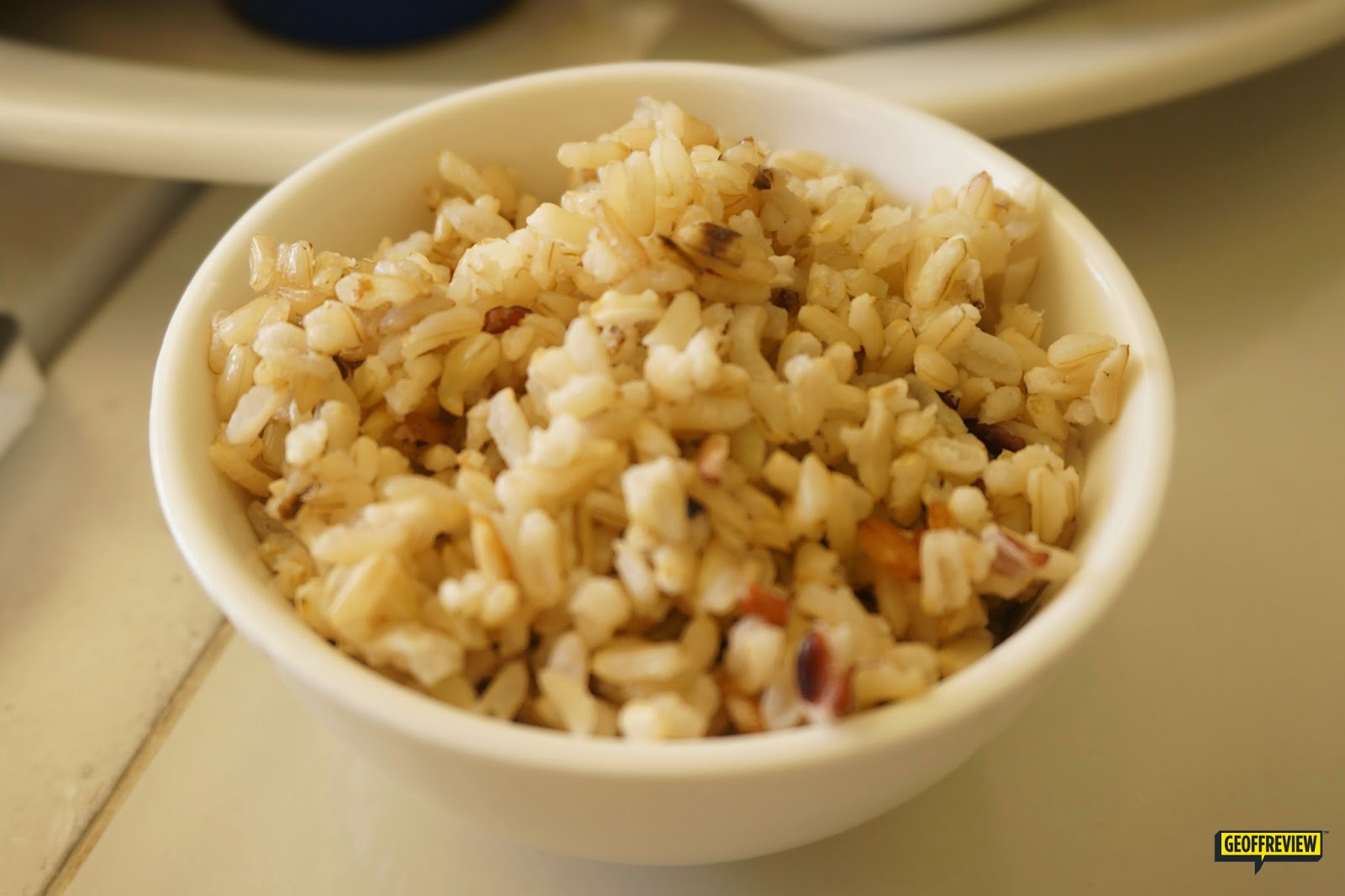 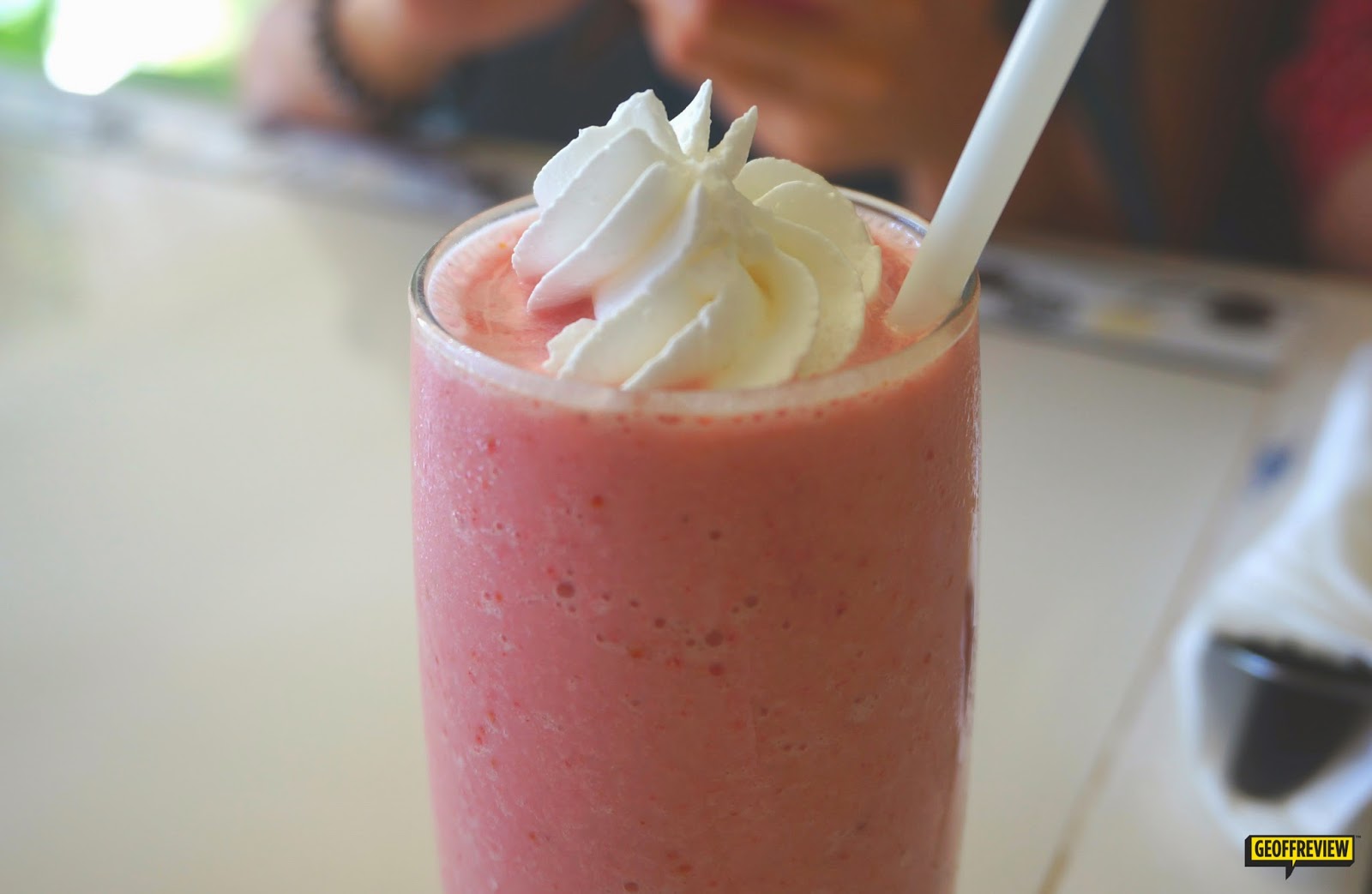 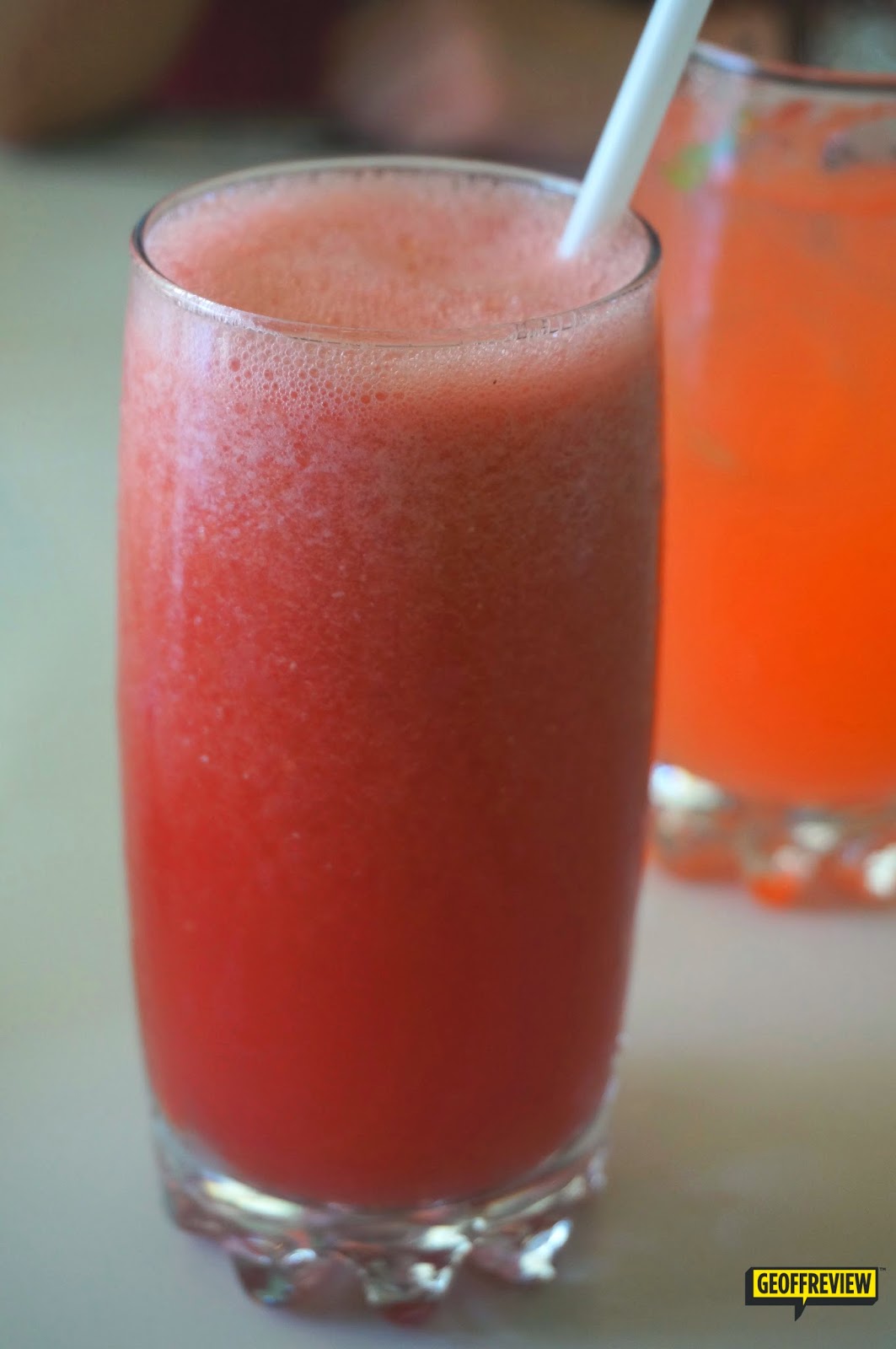 After we finished all of the “Transgressions”, we excitedly asked for the Pane Budino a la Mode (Php 165.00) for our dessert! It’s Italian bread pudding with vanilla ice cream on top and made sweeter with caramel sauce.
The bread pudding had raisins inside and it’s served warm, making the ice cream melt so you have it eat it up fast. The bread itself is also not that sweet, which is good since it complements the sweetness of the vanilla ice cream and caramel sauce.
Overall, we had a blissful experience at Dalcielo. The place was beautiful, the food is good, and the service was excellent. It’s a bit pricey though so I don’t think that a lot of students within campus will be able to afford it.
Dalcielo had its first branch at Lopez Avenue in Los Baños, Laguna. The one at SEARCA was its second branch. Soon, they’ll also be opening another one at Italian-inspired Evia, a property of Vista Land located somewhere south of Metro Manila.
How about you? What restaurants would you recommend in Laguna?