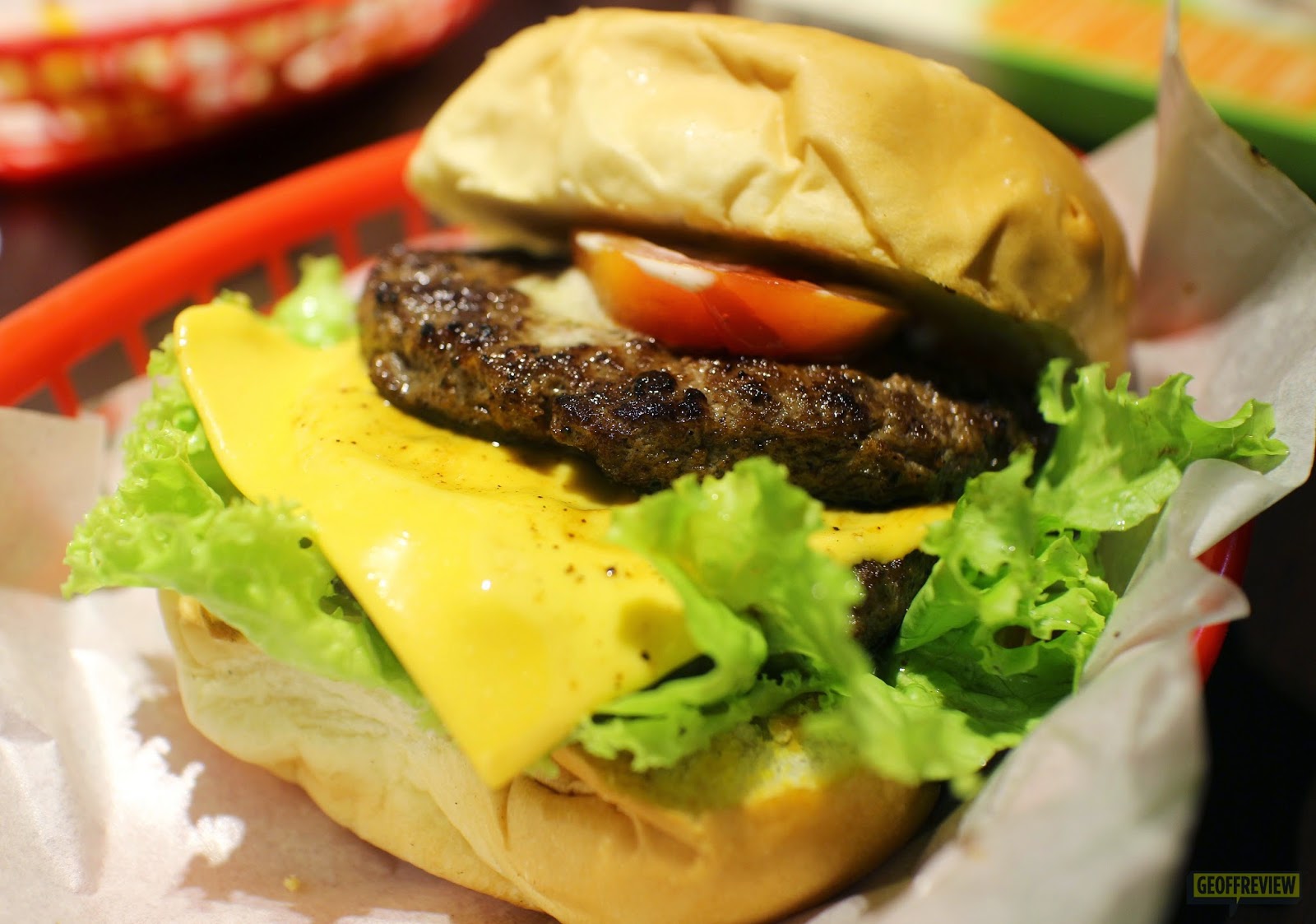 After college I don’t get to hang out that much anymore in the Quezon City area, primarily because my day job is now in BGC and I managed to find a lovely place to stay in Pasig. However I still try to find the time to go back every now and then to Maginhawa to check out what’s new in the popular foodie hub.  Recently though, it occurred to me that If I really wanted to find what’s new and what’s good, I should make some effort in going out of my comfort zone and be more adventurous.
It was this recent mantra of exploring the road less taken that led me to discover Grind & Co. somewhere south of Quezon City. In spite of them being around for several months already, I say “discover” because the place is tucked discreetly along Scout Tuason, a place which isn’t exactly the first that comes to my mind when I’m thinking about burgers or wings. 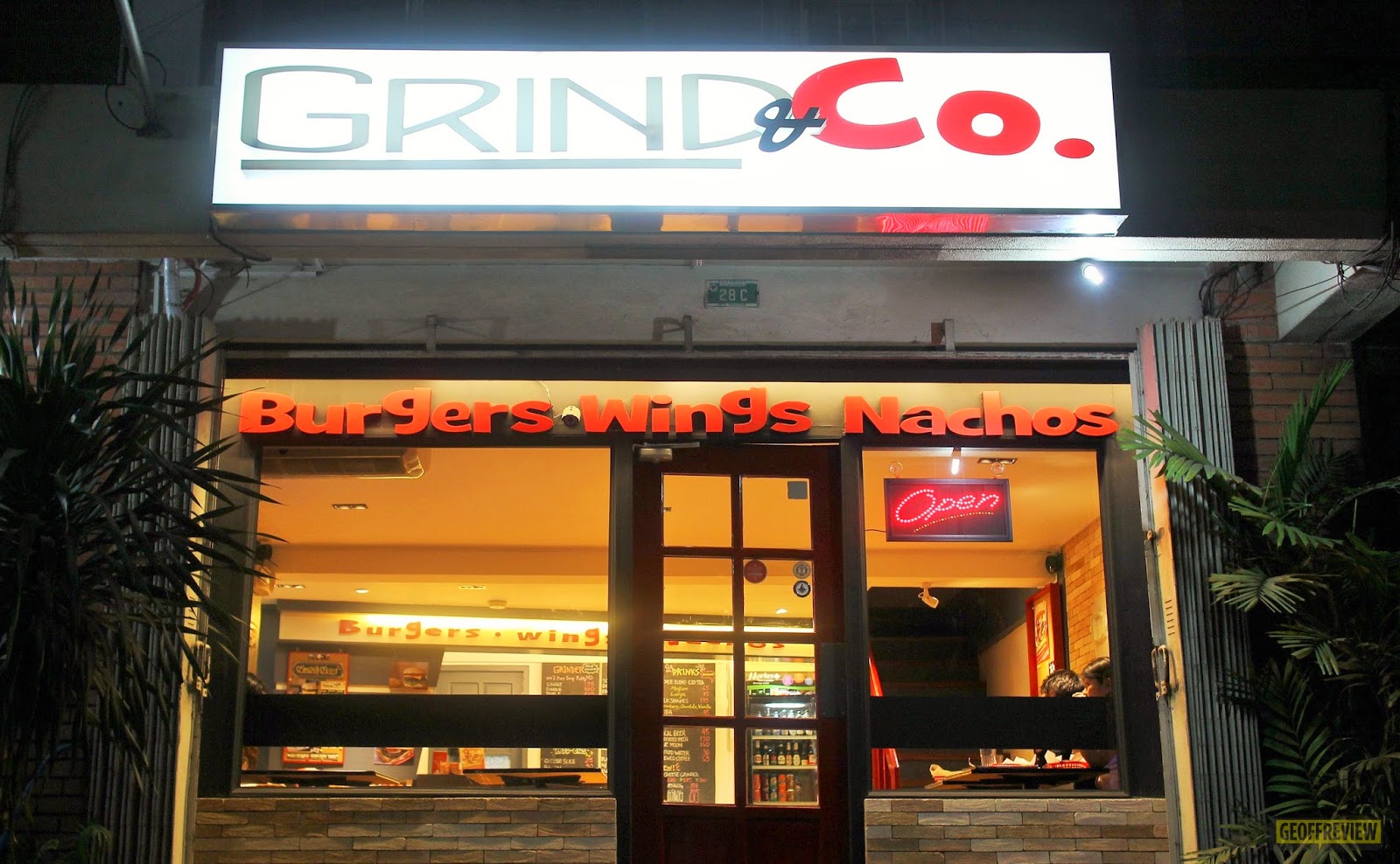 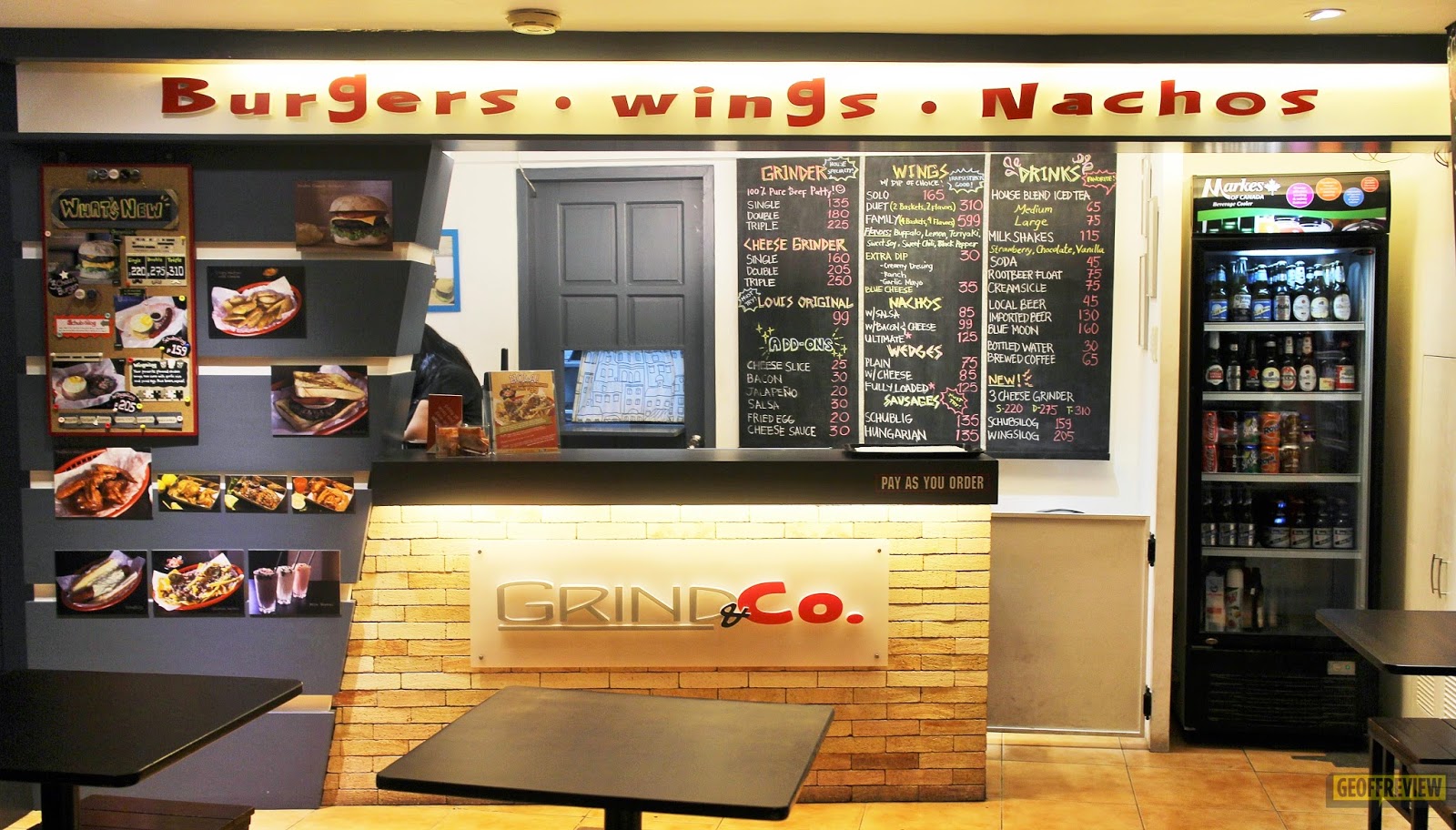 But that was before I got to taste Grind & Co.’s specialties, which now put Scout Tuason in my mental map of foodie spots. Allow me to take you through my experience.

We revved up our appetite with their signature nachos with salsa. It’s not overwhelming on first impression but it was enough to get me in the mood for the meal ahead. 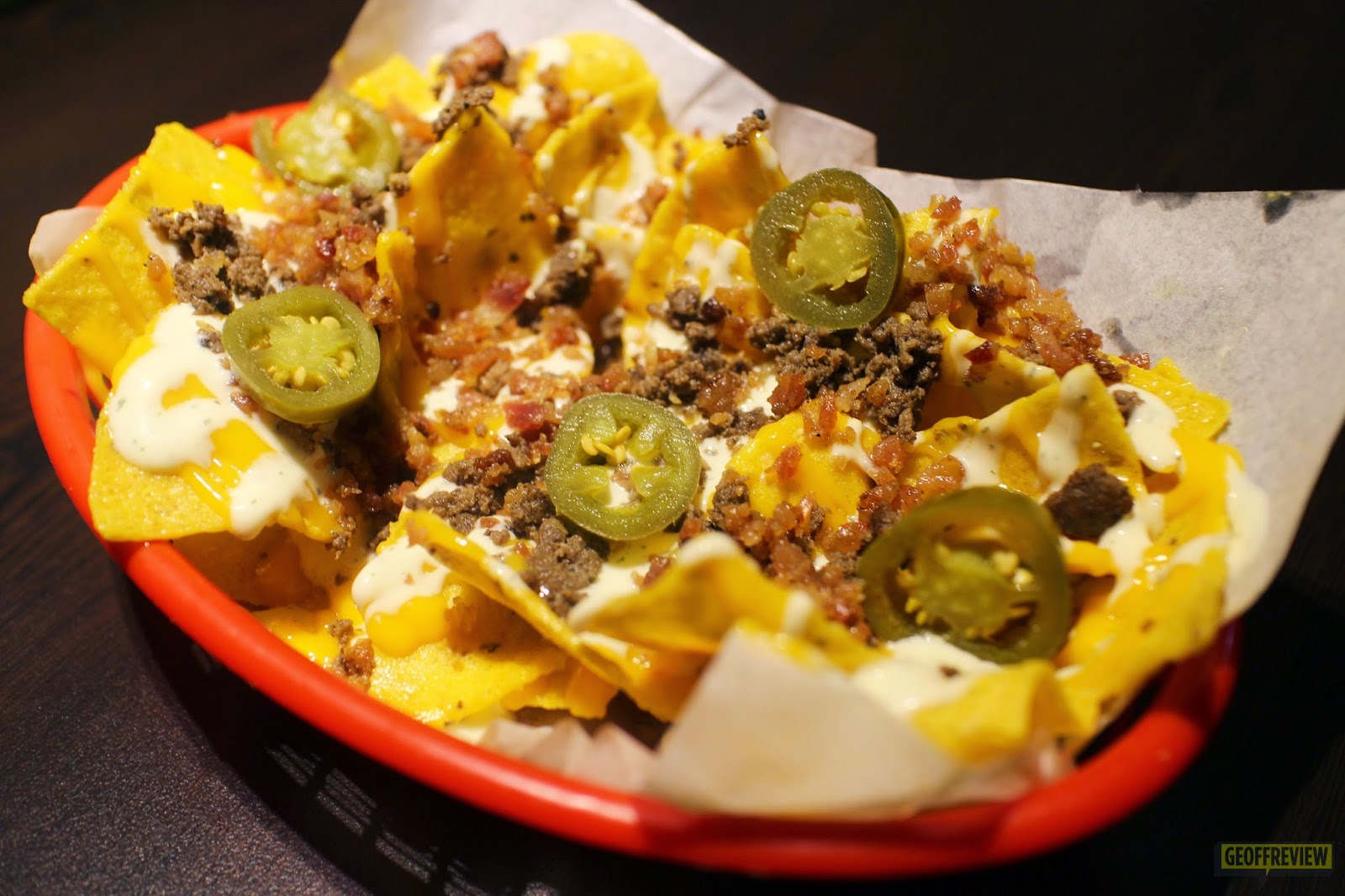 It had a decent amount of toppings, cheese, and sauces, although I wished that the chips were bigger so I can scoop up more of the toppings and salsa.

Now this is what I’m talking about! The first bite immediately filled my mouth with strong American cheese flavor, and in spite of me personally being not that appreciative of cheese, I can tell why Grind & Co. takes pride in this house specialty. The burger’s appeal really comes from the thick, juicy patties that have been ground more than once (hence the name of the restaurant), giving each bite that thick yet tender meaty goodness you’re looking for in a great burger. Chomping on this beauty feels like being on Man Vs. Food!

Being the meat-lover that I am, I had the double-patty Cheese Grinder, although I may have underestimated it a bit because it was too heavy even for the carnivore in me (I didn’t mind though because it was delightfully tasty).  According to Melvin and Gheng, the lovely couple who welcomed us warmly during our visit, there are actually a lot of customers who order the triple-patty Cheese Grinder! Man, there really are a lot of hardcore people out there.

We knew that we also had to ask for wings so we can complete their “Burgers – Wings – Nachos” tagline. With the assurance from their menu that these are “Irresistibly good”, we asked for their best-selling flavors – Buffalo, Lemon, and Teriyaki.
If you want your wings to be sweet and zesty you may want to go with the Lemon flavor. If you’re a purist and prefer that classic buffalo wings spiciness, then the Buffalo variant is the way to go. Personally though I liked the Teriyaki flavor the most among the three – with just the right mix of sweet and salty in every bone-lickin’ bite.

In spite of all the meat and oil (and guilt) we oh so willingly took in that night, the sound of a Schublig Sausage still sounded divine to my ears so we also asked for an order. 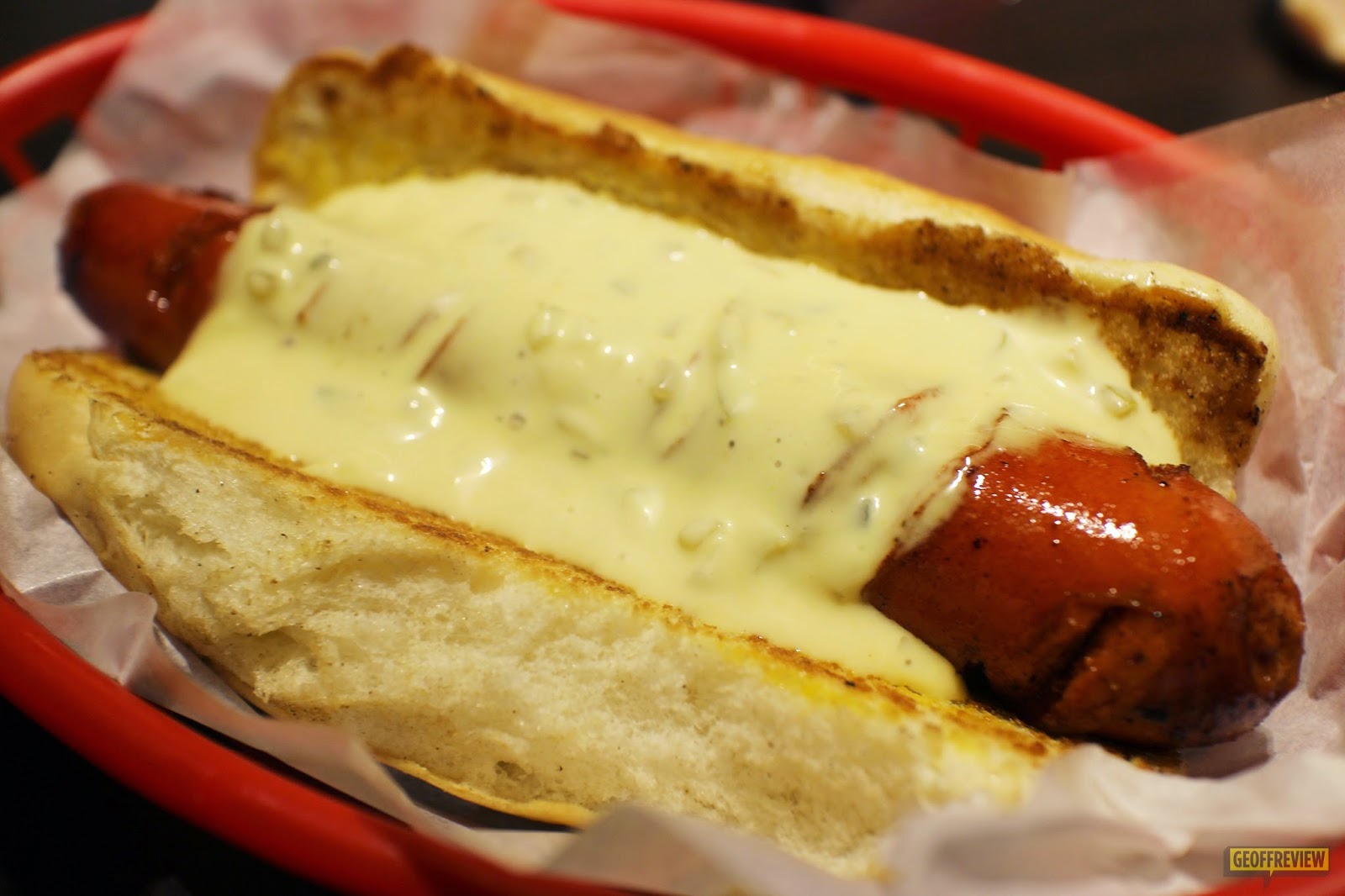 This one’s also flavorful and juicy, however it just sorts of blends in with the rest of the good sausages I’ve tried before. Also, I was expecting the sausages itself to a bit..well..bigger. Don’t get me wrong, it’s still good but hey, the bigger the sausage the better right? *wink wink*

This is another highlight of the night. Milkshakes can be had at the classic strawberry, chocolate, and vanilla flavors. My instinct told me to ask for vanilla, but I was told that their bestseller was the strawberry flavor, so I curiously ordered for it instead so I can find out why. 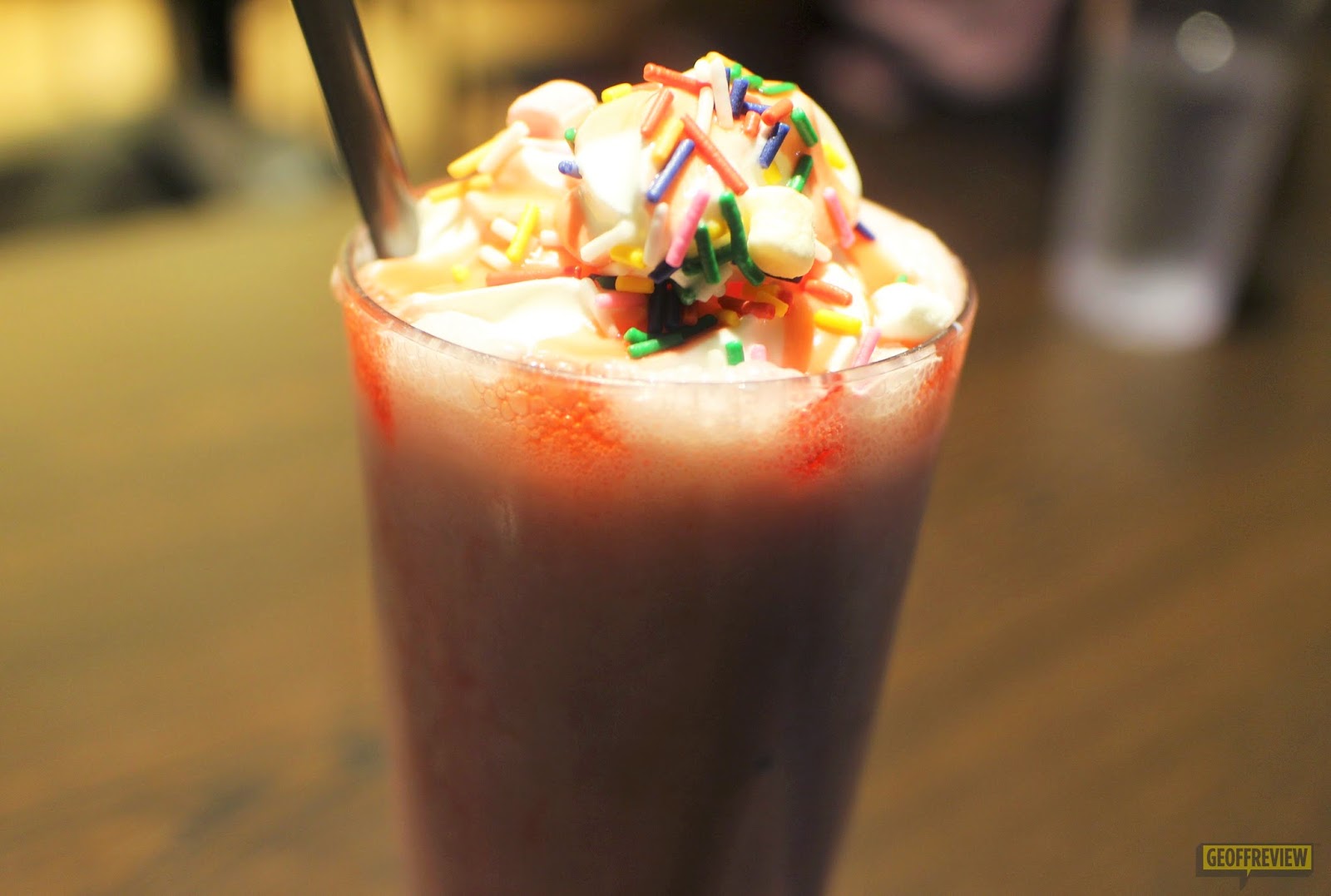 Its look somehow reminds me of the “iskrambol” (I’m not sure if I got that right) – which is a pink shaved ice delight I used to enjoy back in my childhood. It’s as good as any milkshake can be, and I liked so much that I wished that they had a bottomless option.
See also
7

Grind & Co. had pretty decent offerings, and it would seem that they’ll be adding some more soon! Much more than everything else, it would be the Grinder burgers that would motivated me to drive all the way to Scout Tuason to visit their branch. Hmmm…I might actually be back sooner than I think!