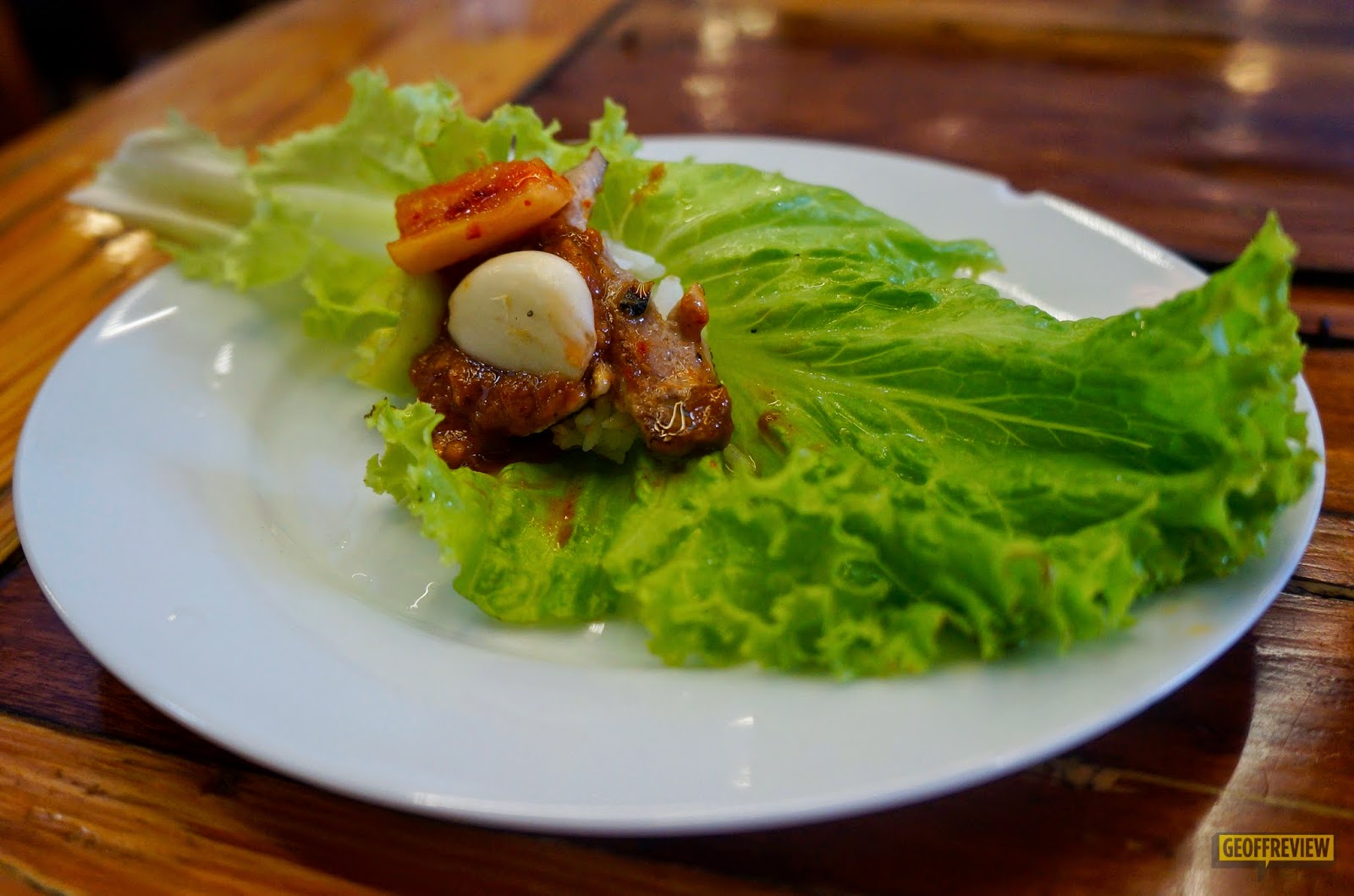 In case you’re not aware yet, my foodie buddies and I are doing a #BuffetsBelow500 Series, where we will be on the hunt every week for must-try buffets around Metro Manila. The catch is, we can’t spend more than Php 499.00 per person. To kick-off this tasty adventure (aka Project Pataba), we visited Don-Day Fresh Restaurant at Teacher’s Village, Quezon City.
Don-Day is located at Malingap Street of Teacher’s Village, right in front of π Breakfast and Pies and Pipino. I’ve already heard some good stuff about Don-Day before, although this would be the first time that I would get to experience it in spite of it being just a few steps away from our apartment. Admittedly, it doesn’t have a very appealing façade, but by this time I already know too well that I shouldn’t be judging a restaurant by its exteriors. 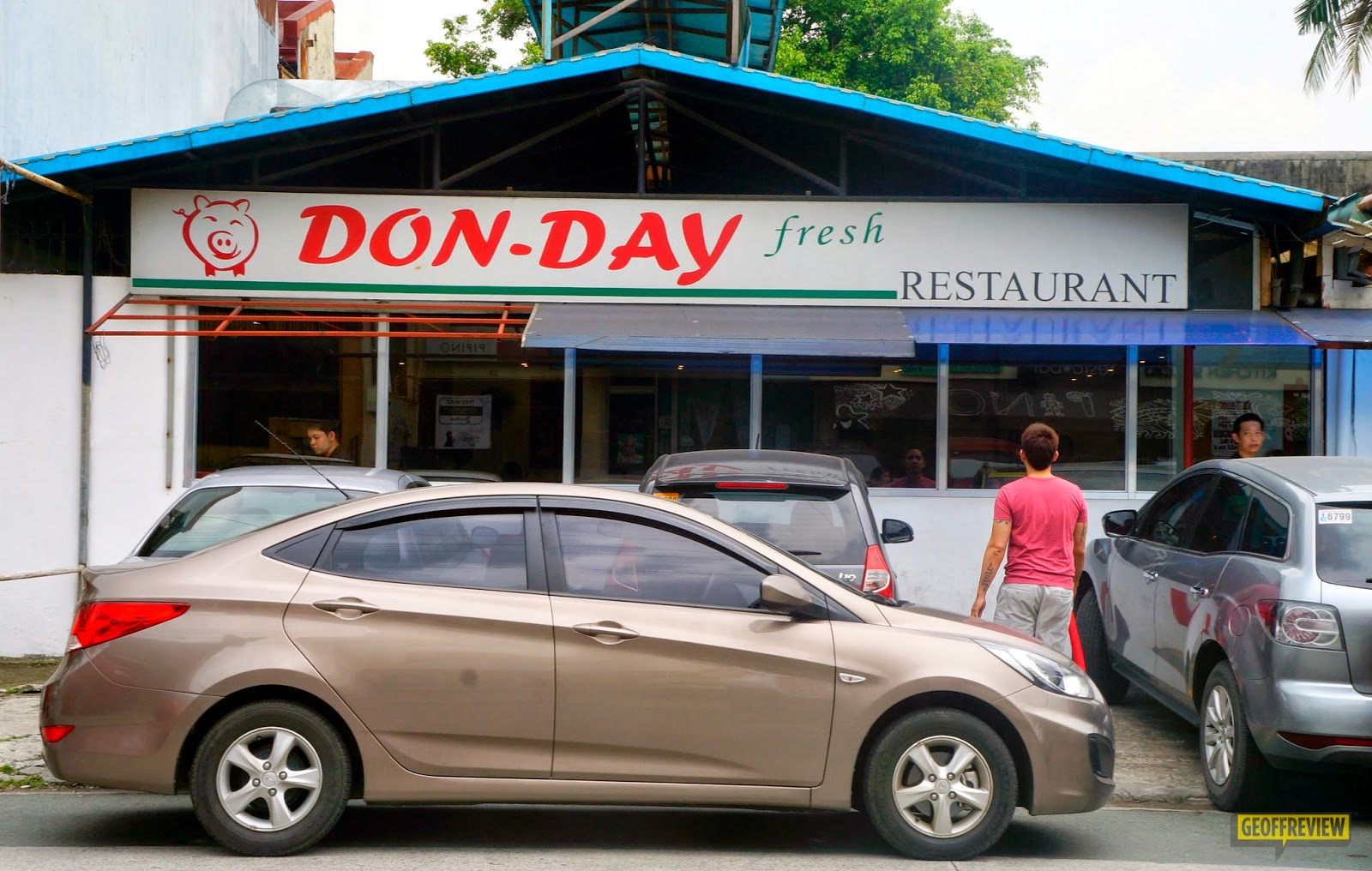 The restaurant had two sections – one is a smaller air-conditioned room, while the other is larger but without any air-conditioning. We got our seats at the non-aircon part because it’s closer to the buffet table (yep, priorities). 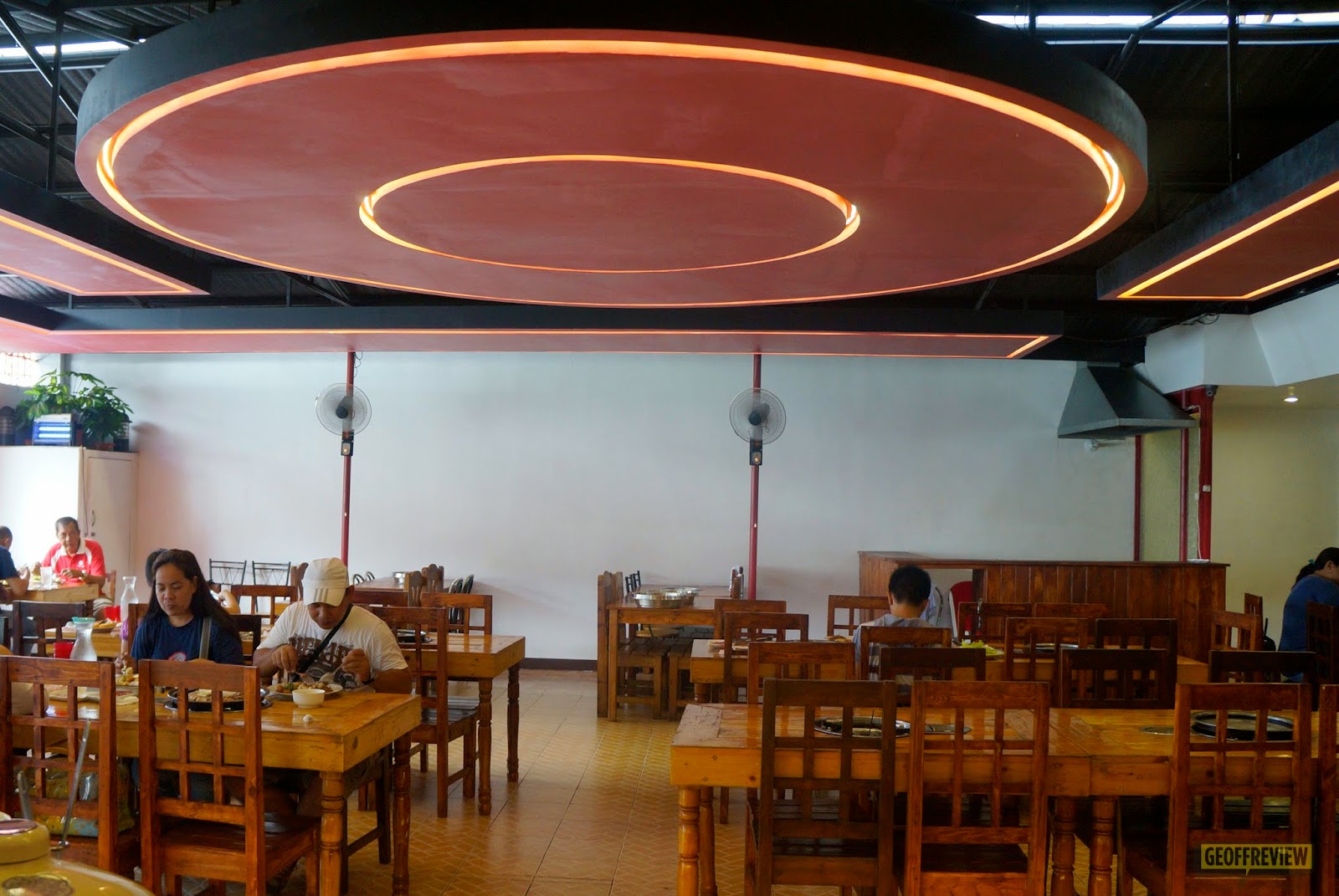 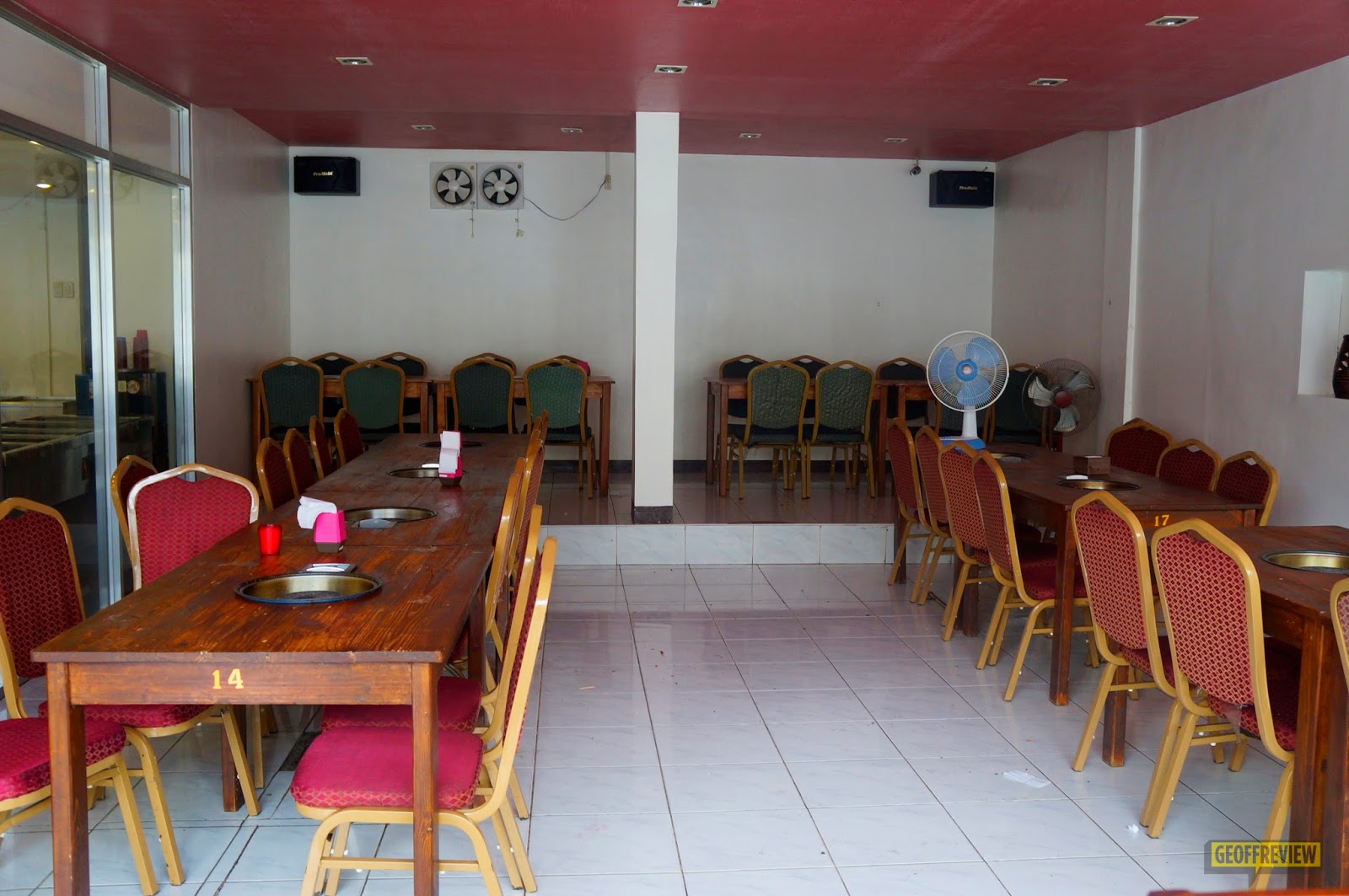 Speaking of the buffet, the buffet table doesn’t look that fancy either. It’s a no-nonsense setup where the food is simply laid out before the guests – no elaborate decorations, no complicated presentation, what you see is what you get. 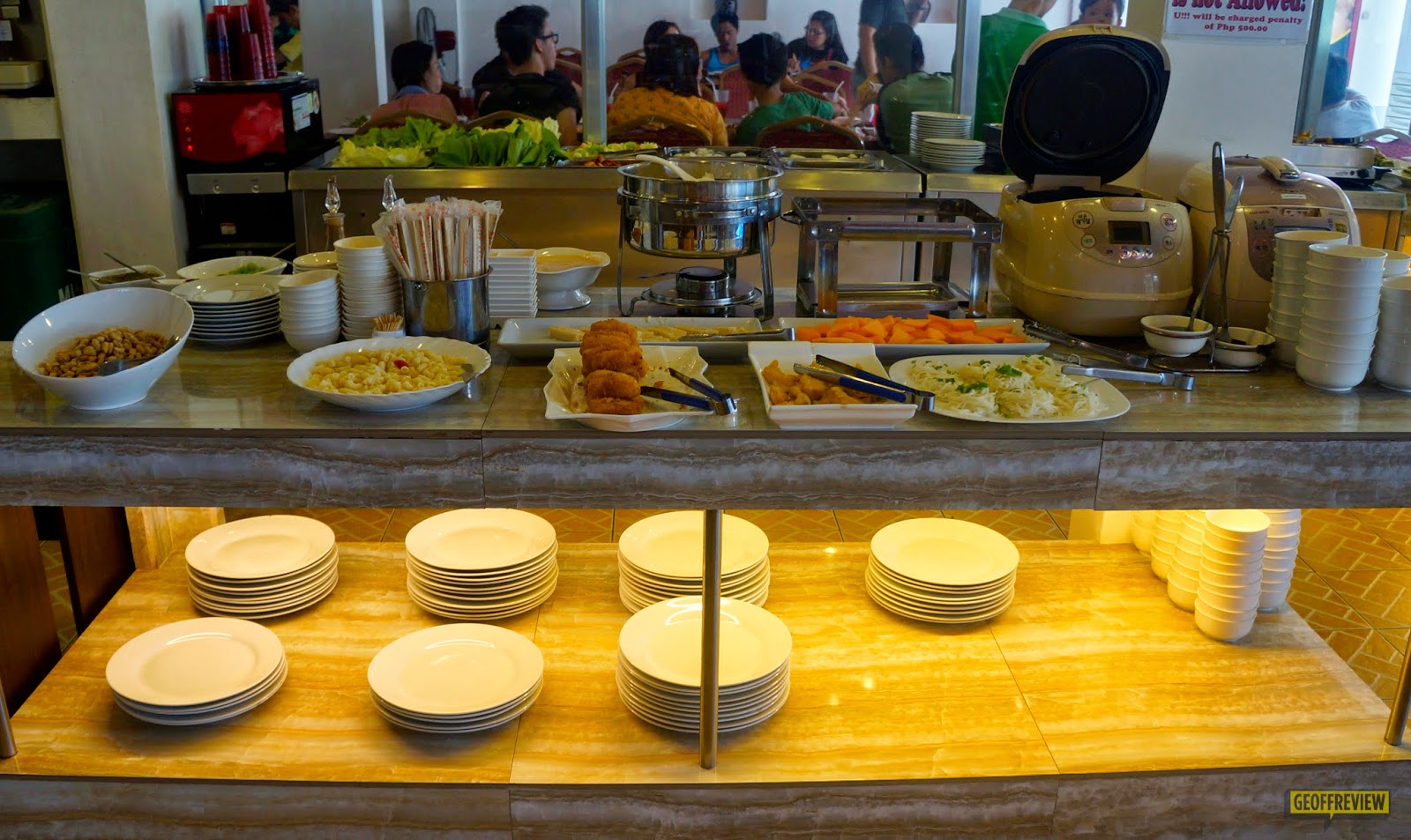 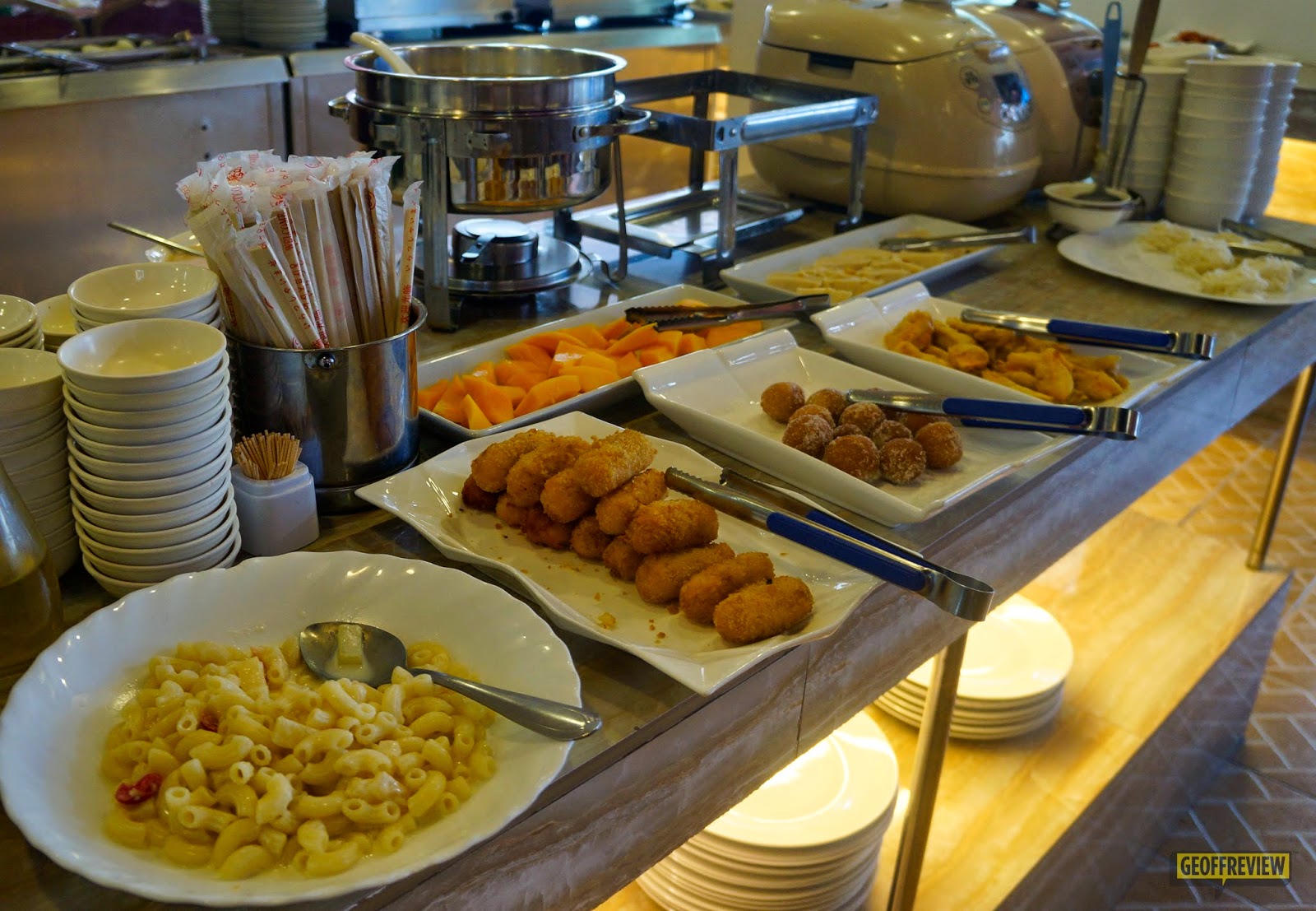 The buffet table is composed mainly of appetizers and side dishes. Different varieties of kimchi are served on one side, the leafy greens on another, and condiments at the center. The highlight of the meal will be served right to your table – decent slices of pork and beef all ready for grilling. 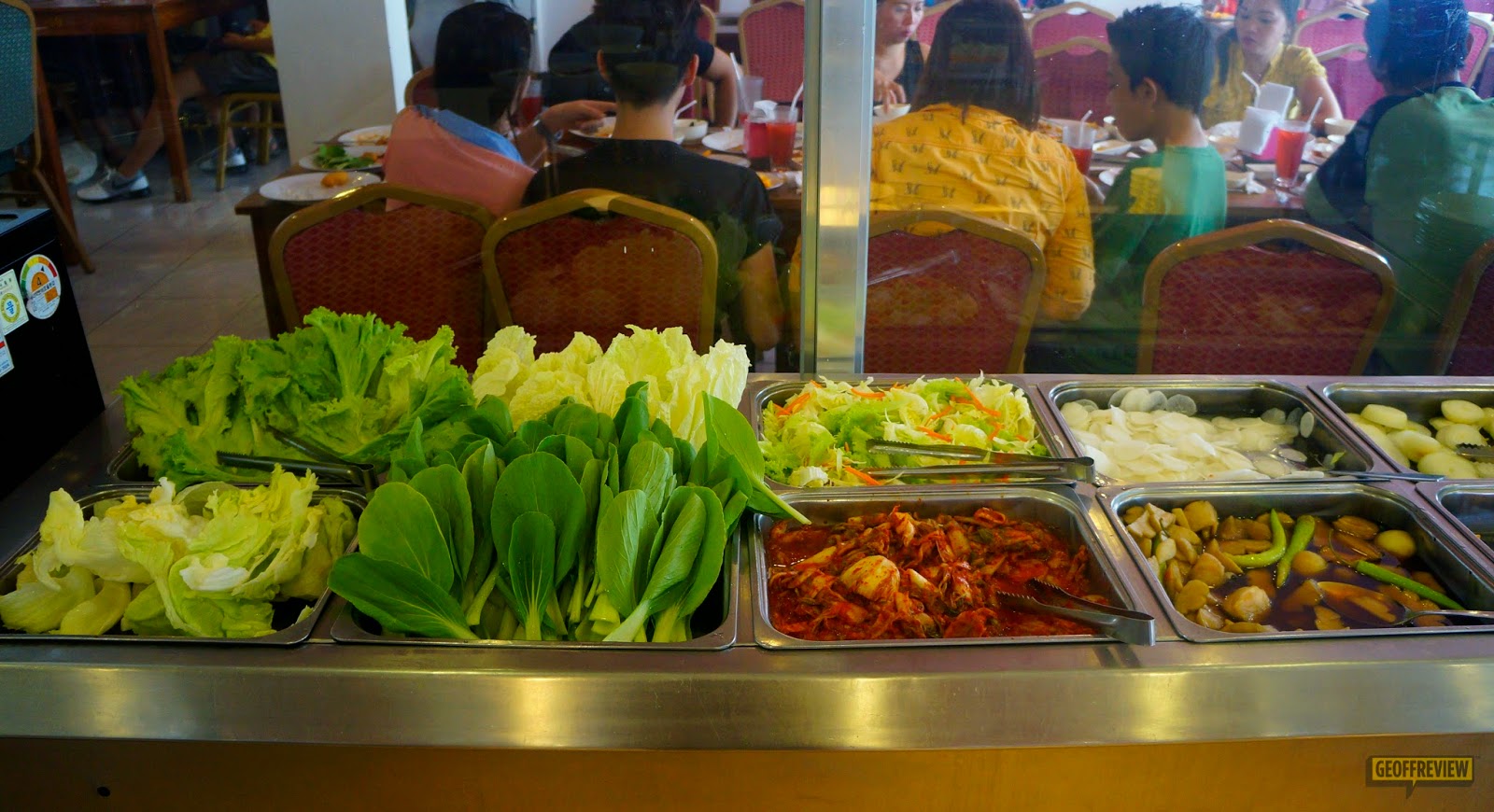 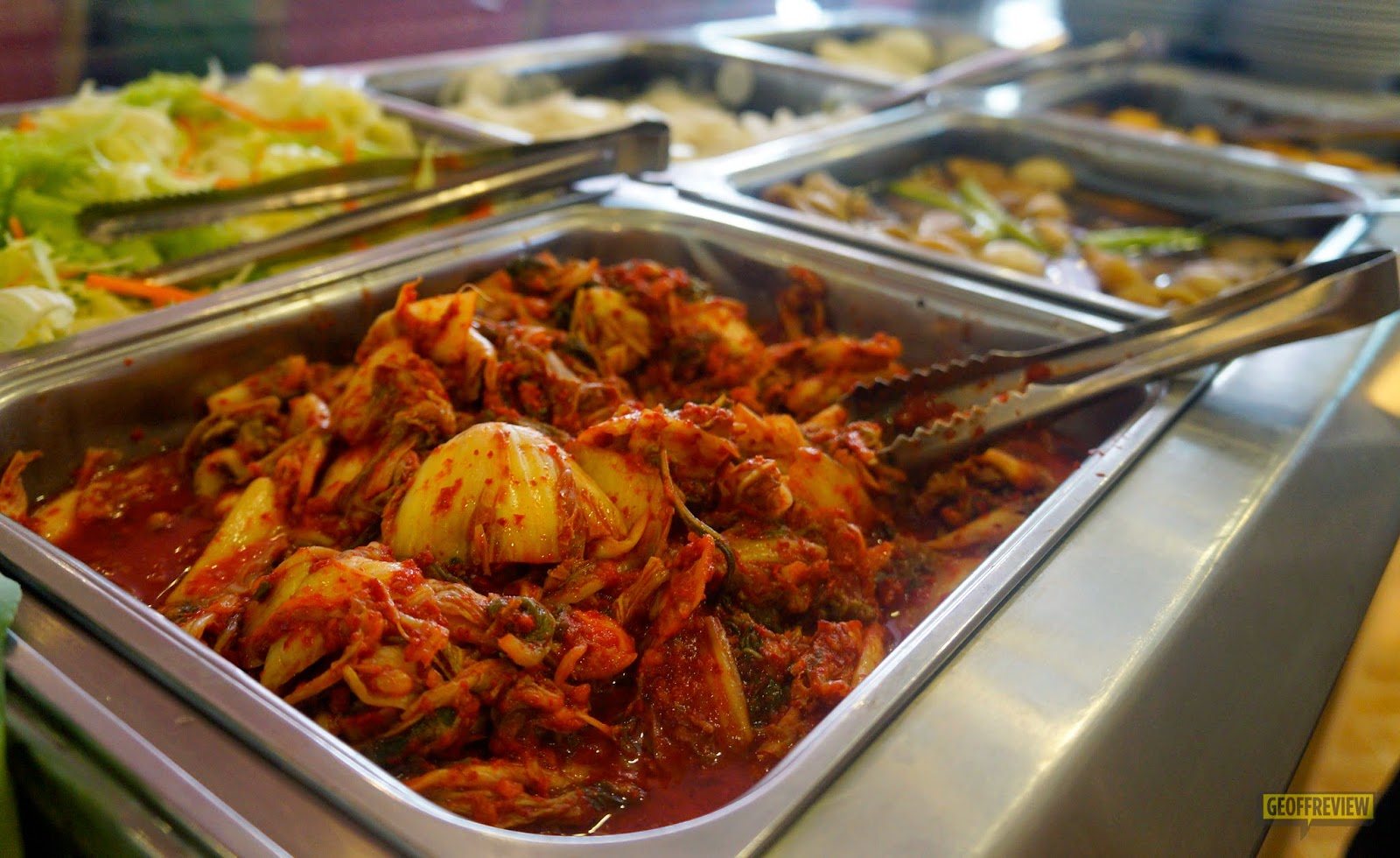 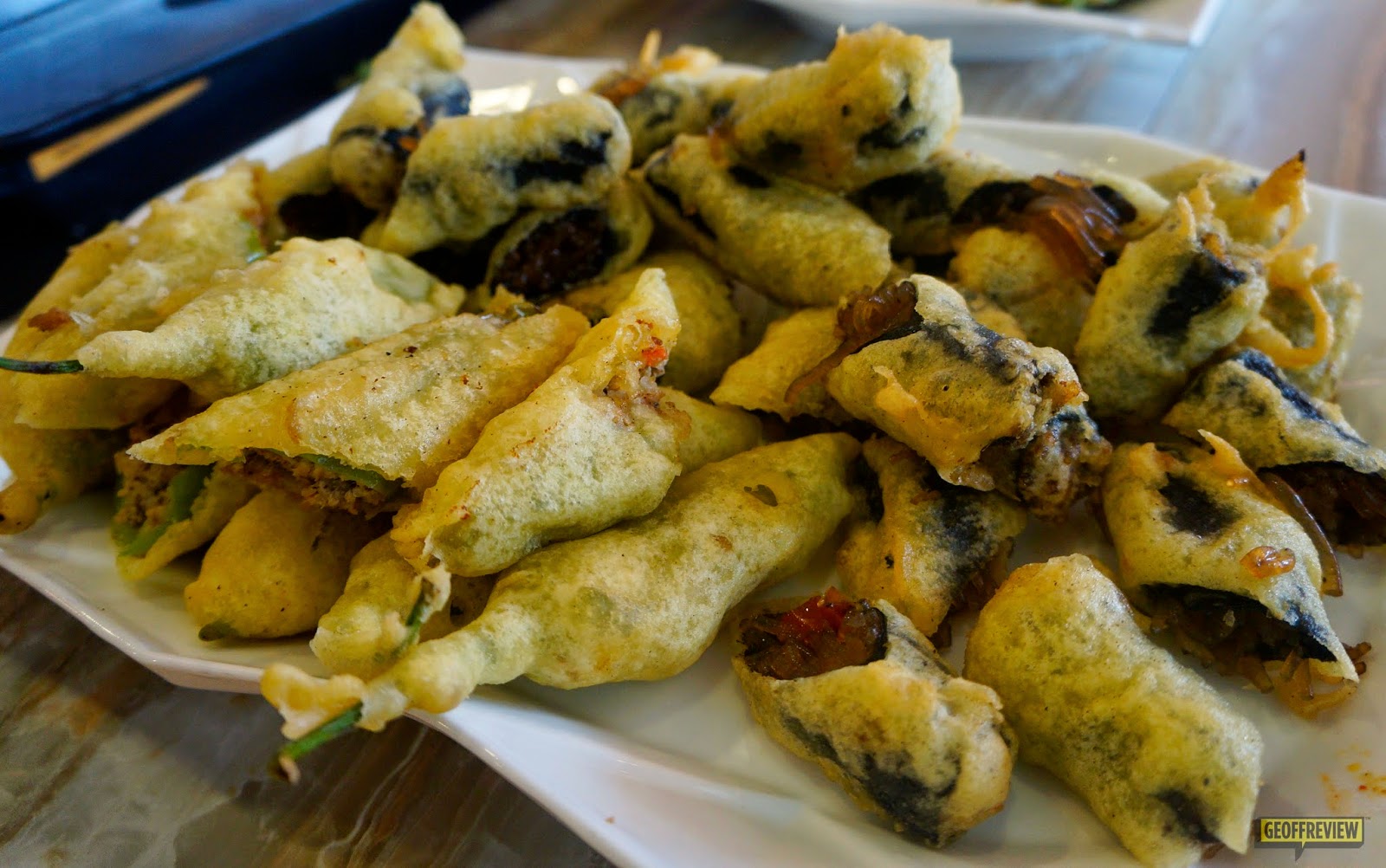 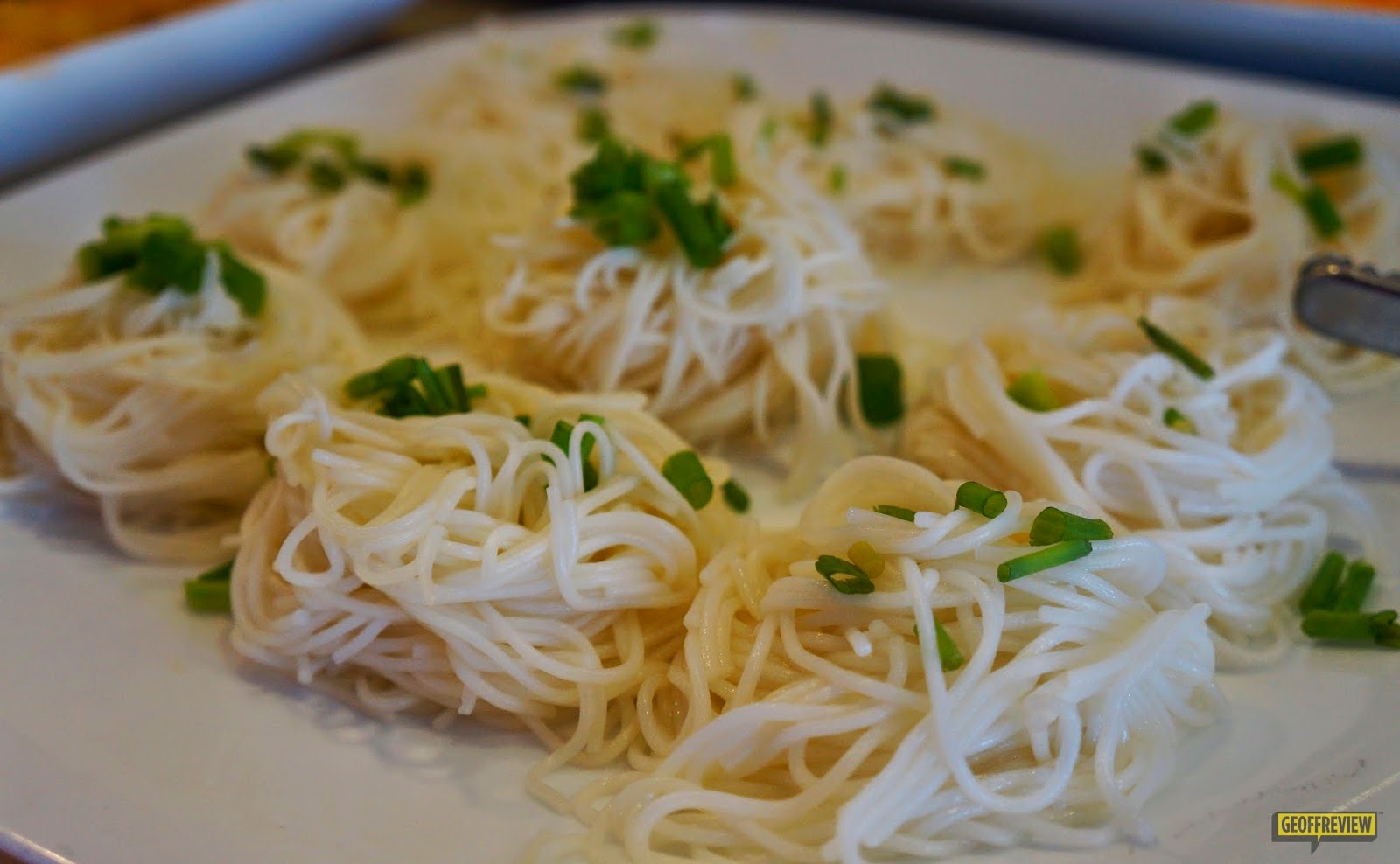 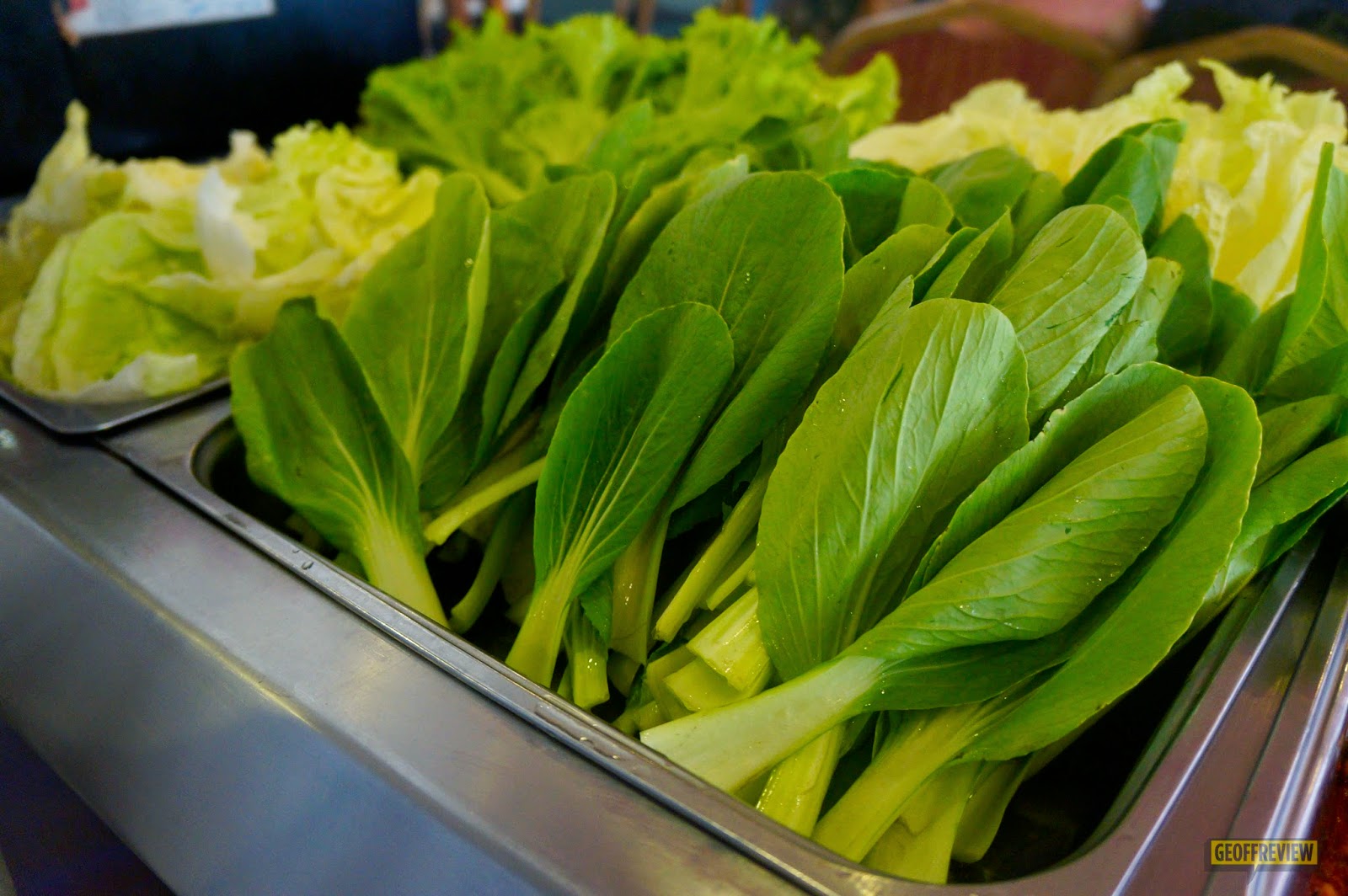 For Lunch and Dinner you can get the Beef / Pork Buffet at Php 399.00(Apparently, they recently had a price increase), while Php 299.00 gives you Samgyeopsal Buffet only. For an additional Php 50.00, you get bottomless iced tea, which for me is a necessity in buffets like this one. As for desserts, the only ones you will have are the Korean ice creams sold separately in one corner. 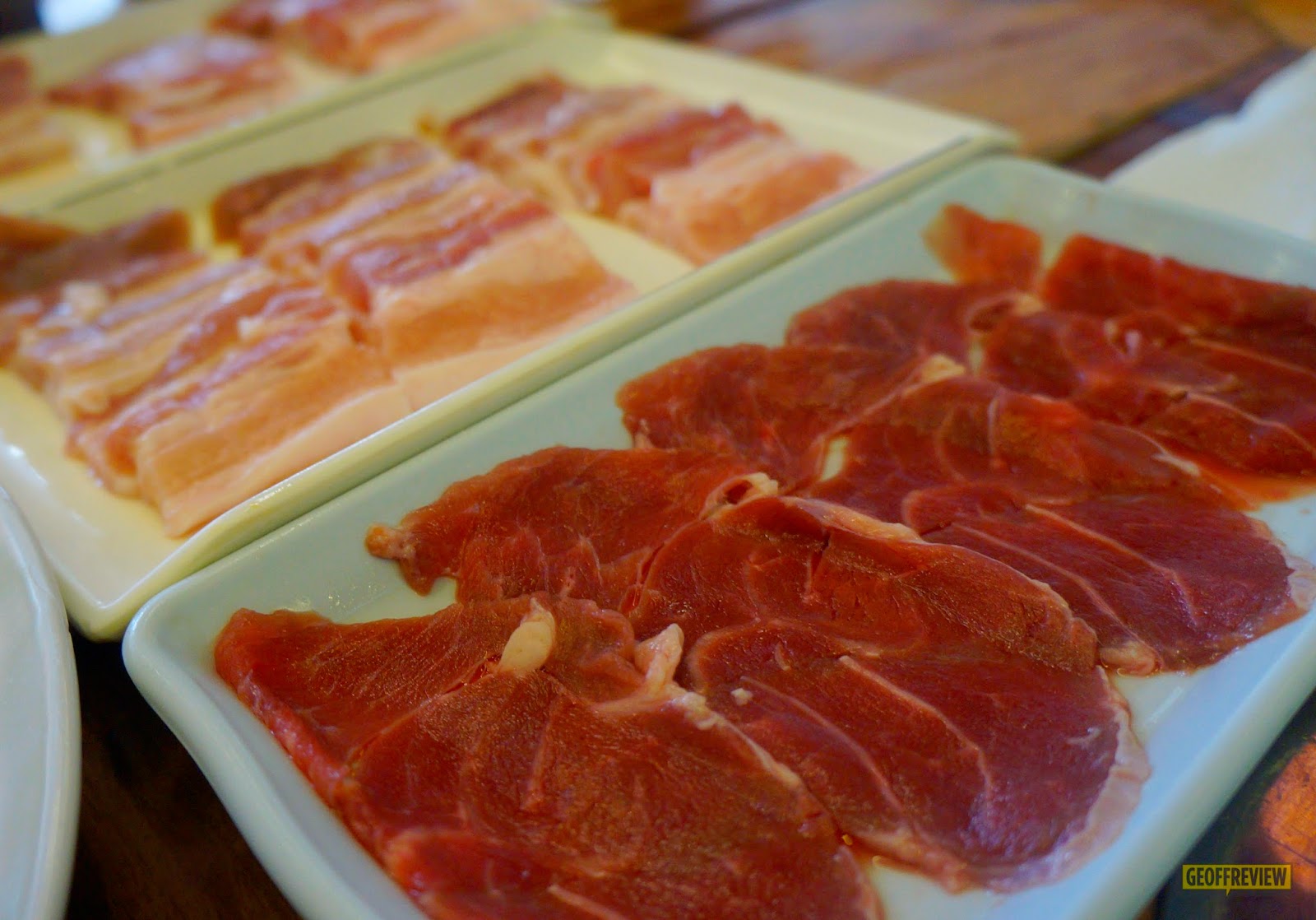 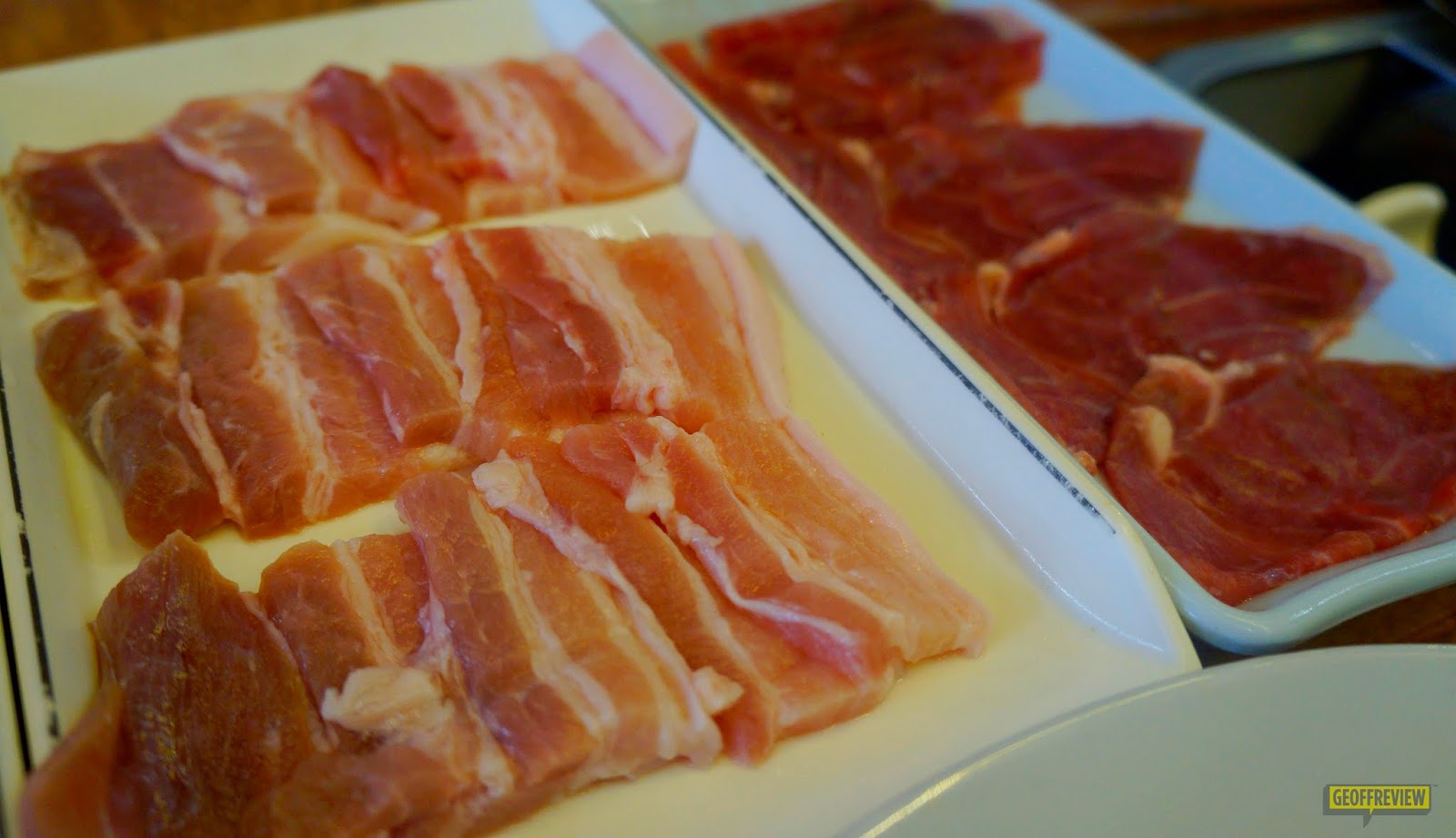 Given the price (we got the Beef / Samgyeopsal Buffet), it was actually a pretty good deal already. We were able to order as much meat as we wanted, and given the carnivore that I am, I can say that I definitely got my money’s worth. Plate after plate of pork and beef slices were generously served to us and which we eagerly gobbled up in no time. 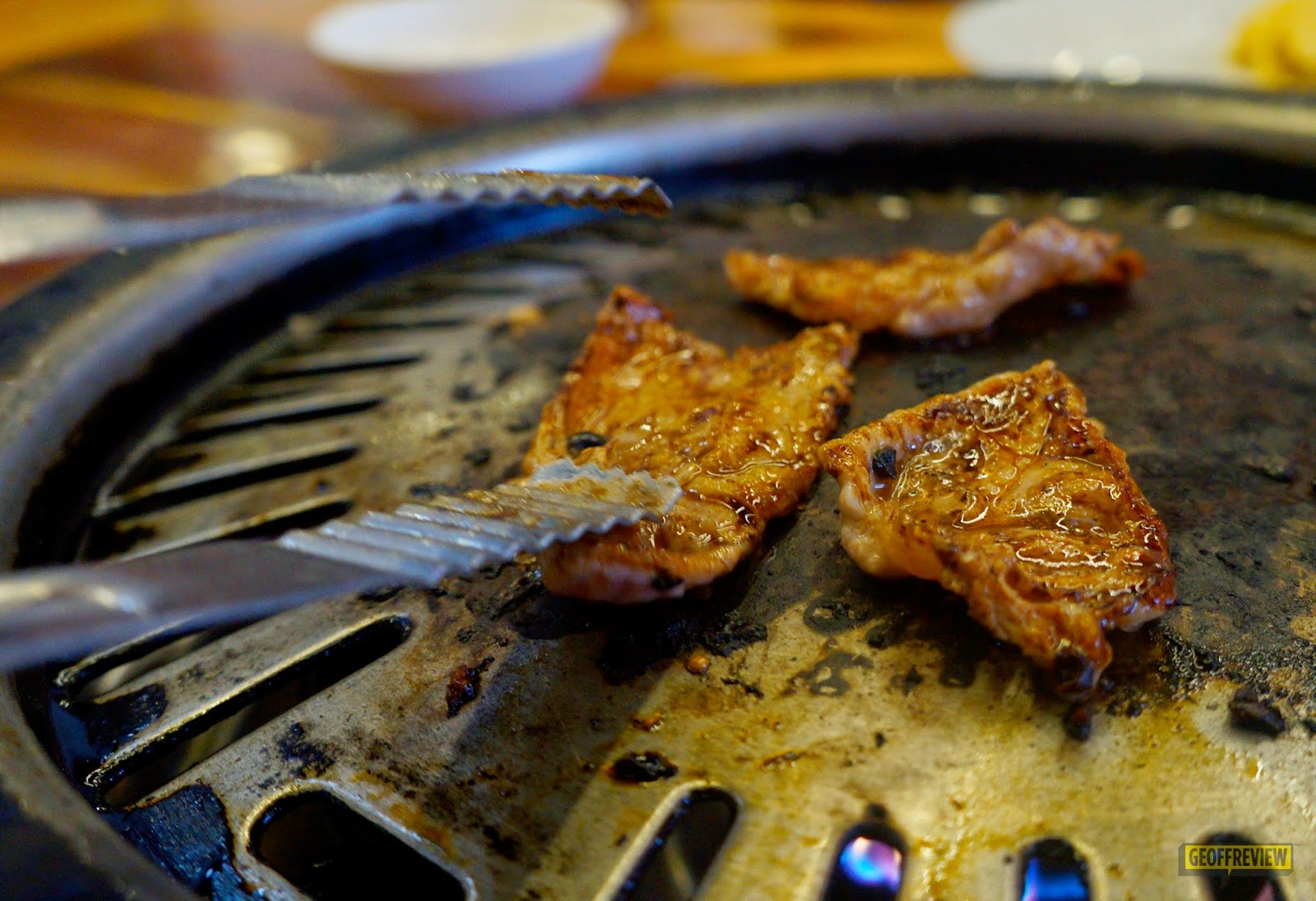 The meat slices however, were not marinated unlike other grill-buffets like Sambokojin or Yakimix. You’d have to rely on the condiments for some flavor. My favorite was coating the meat in a lavish amount of Ssamjang (miso paste), then dipping it right after in a mixture of sesame oil and pepper.  My buddies got a bit more creative, and dipped their meats in soy sauce or sprinkled pepper all over it before grilling for some added flavouring. Tasted good, actually. 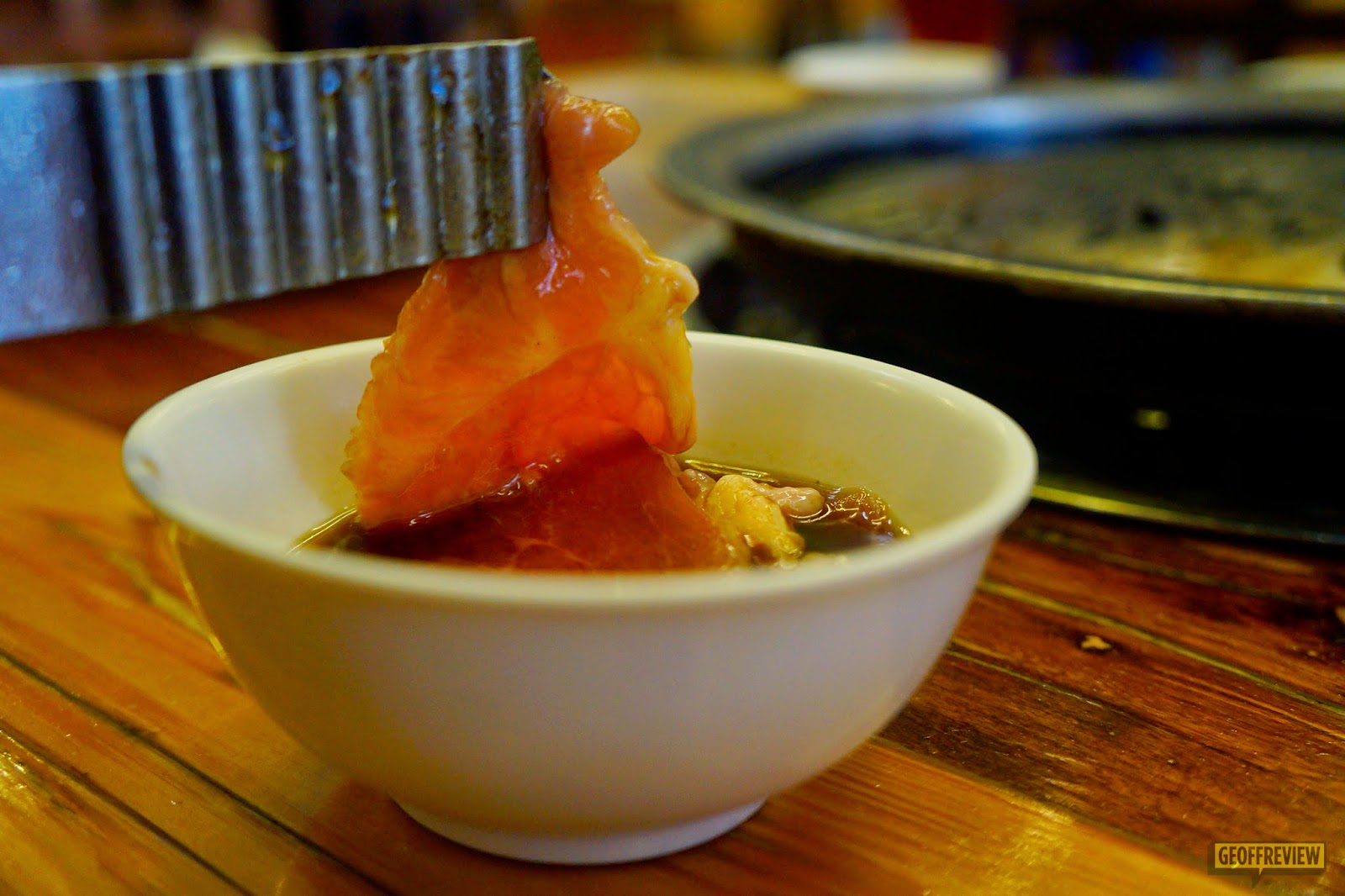 As we went on gobbling up our food, we slowly felt the heat of the place, reinforced by the hotness of our cooking. Don-day is not a smokeless grill, so be prepared to smell like grilled food after you leave the place. It’s a bit of a hassle actually. One of us had to move to another seat because the smoke was going to his direction. At some point I wished that we stayed at the air-conditioned room instead. 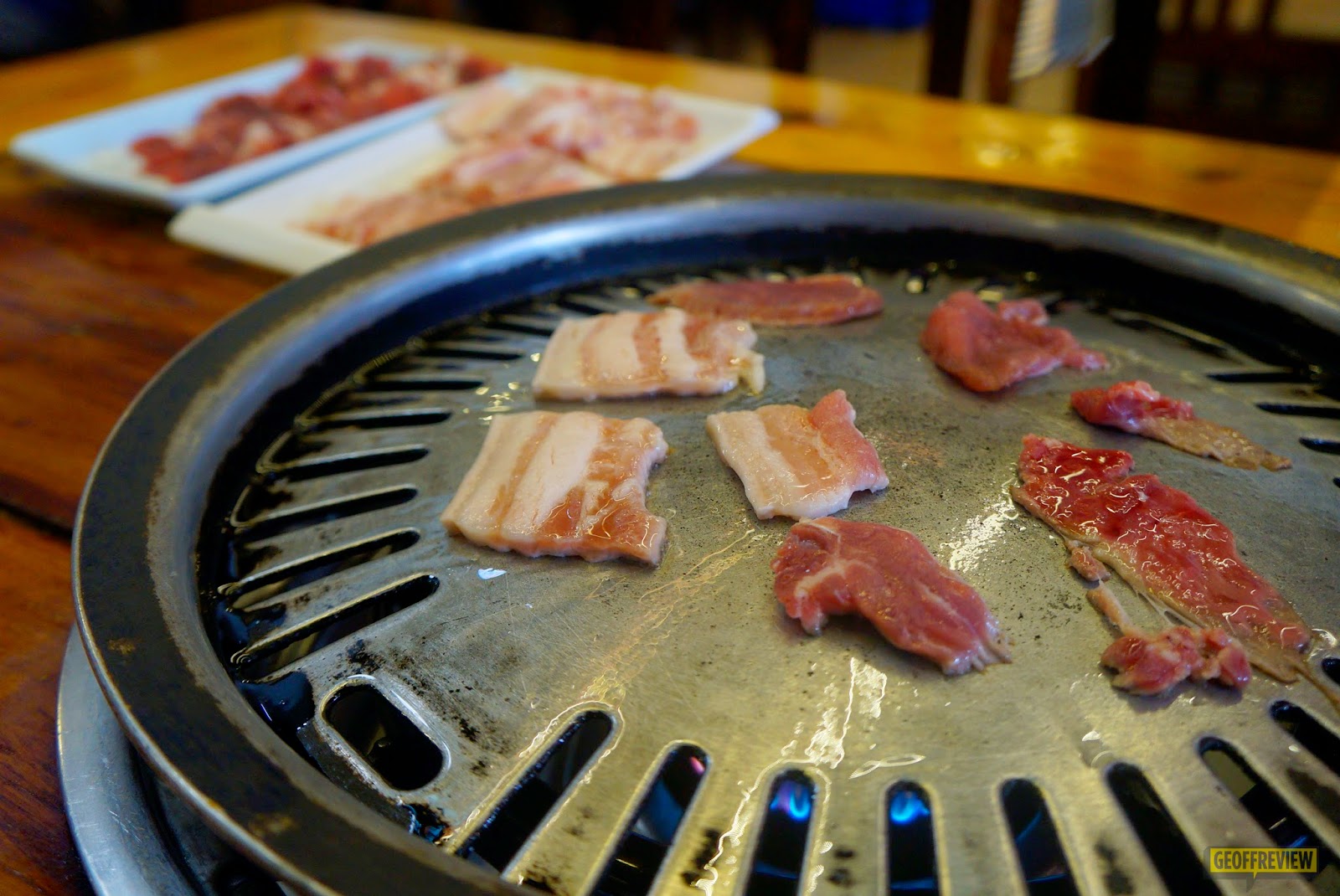 For Php 399.00, I think we had a pretty decent meal. In terms of taste, service, and presentation, Don-Day may pale in comparison to the bigger Korean Barbecue buffets like Sambokojinand Yakimix but given the price, I don’t think I would be complaining. At the end of the day I asked myself if I had a good meal, and I thought that yes, I did. It may not be the best but yes, it  was worth the price.