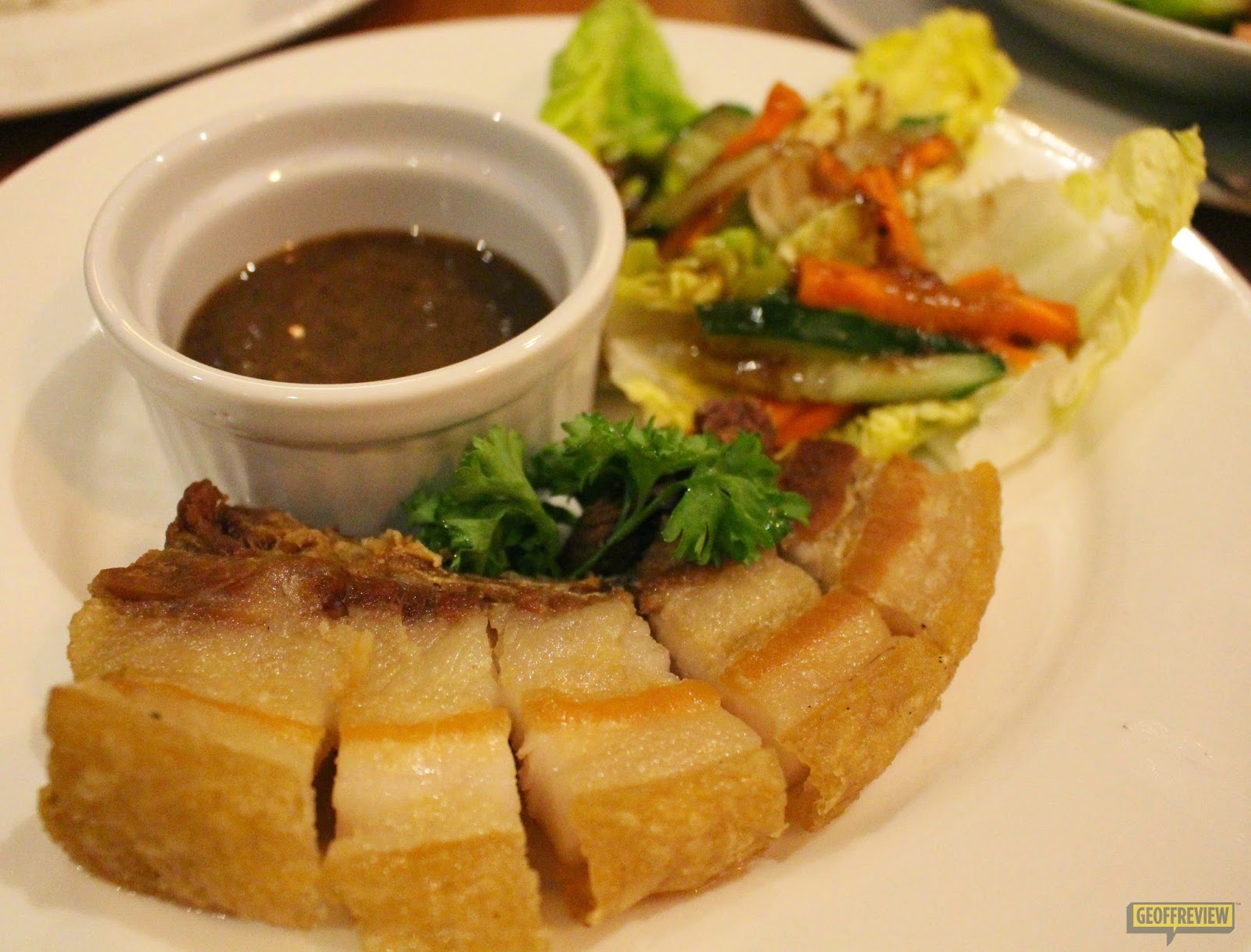 I’m not very familiar with what goes on around the south of Metro Manila because I rarely hang out in that area. The only time I remember going there last year was when I went to a mall (I don’t even remember which one) to catch a Cinemalaya film. Little did I know that there was also a foodie haven tucked discreetly inside, reminiscent of Maginahawa Street at Quezon City, and Pasig City’s Kapitolyo.  The next time you’re in the South and craving for some good food, head to Aguirre Avenue at BF Homes, Parañaque City. 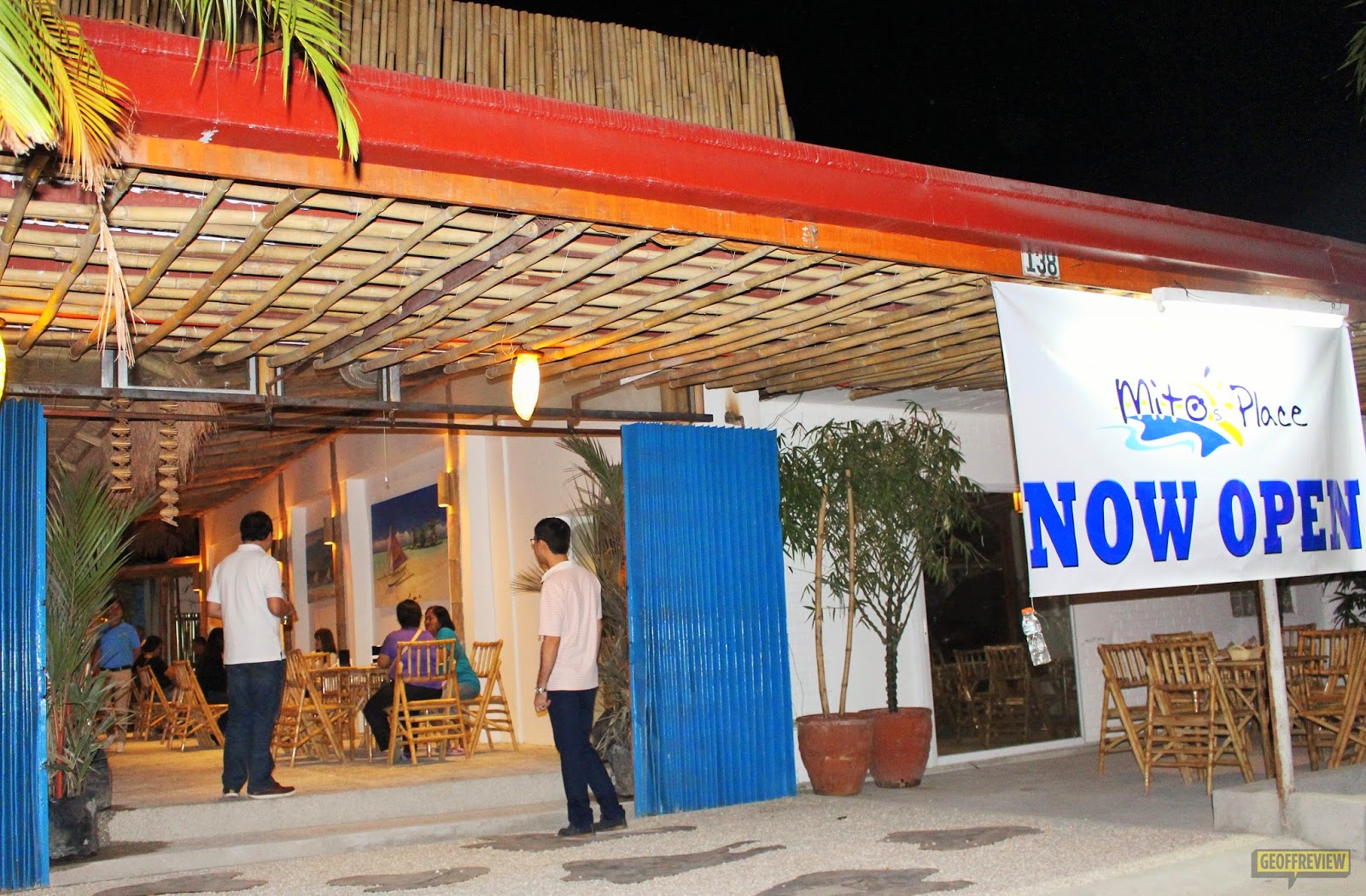 The first restaurant that I got to try at Aguirre Street was Mito’s Place. You may be familiar with the name as their Boracay branch has been around for 10 years already, and that’s what they’re trying to recreate in their new branch at Aguirre. True enough, the place is indeed reminiscent of being in a bar by the beach, and it’s not hard to imagine that there’s sand waiting for you outside the doors instead of streets and concrete. 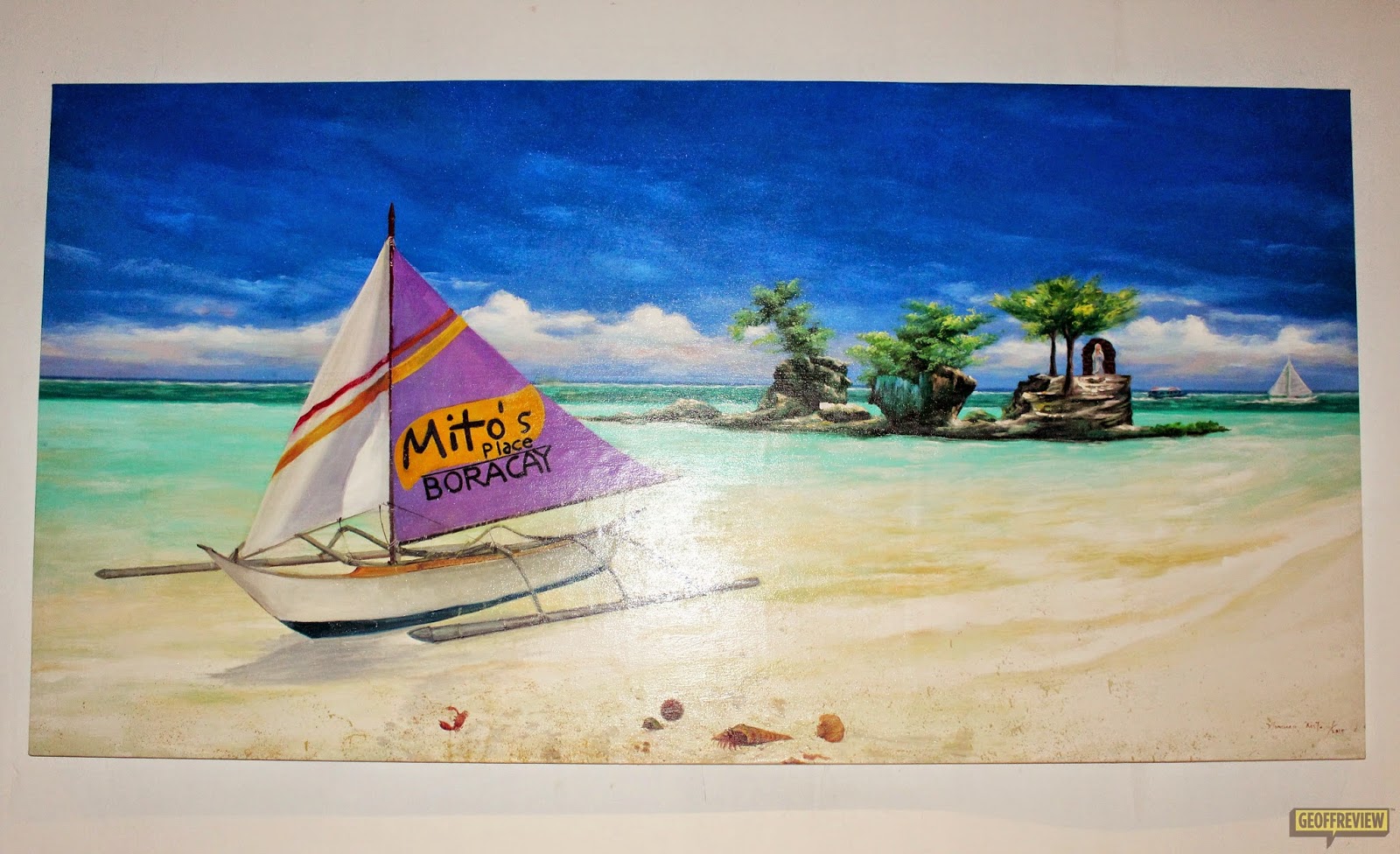 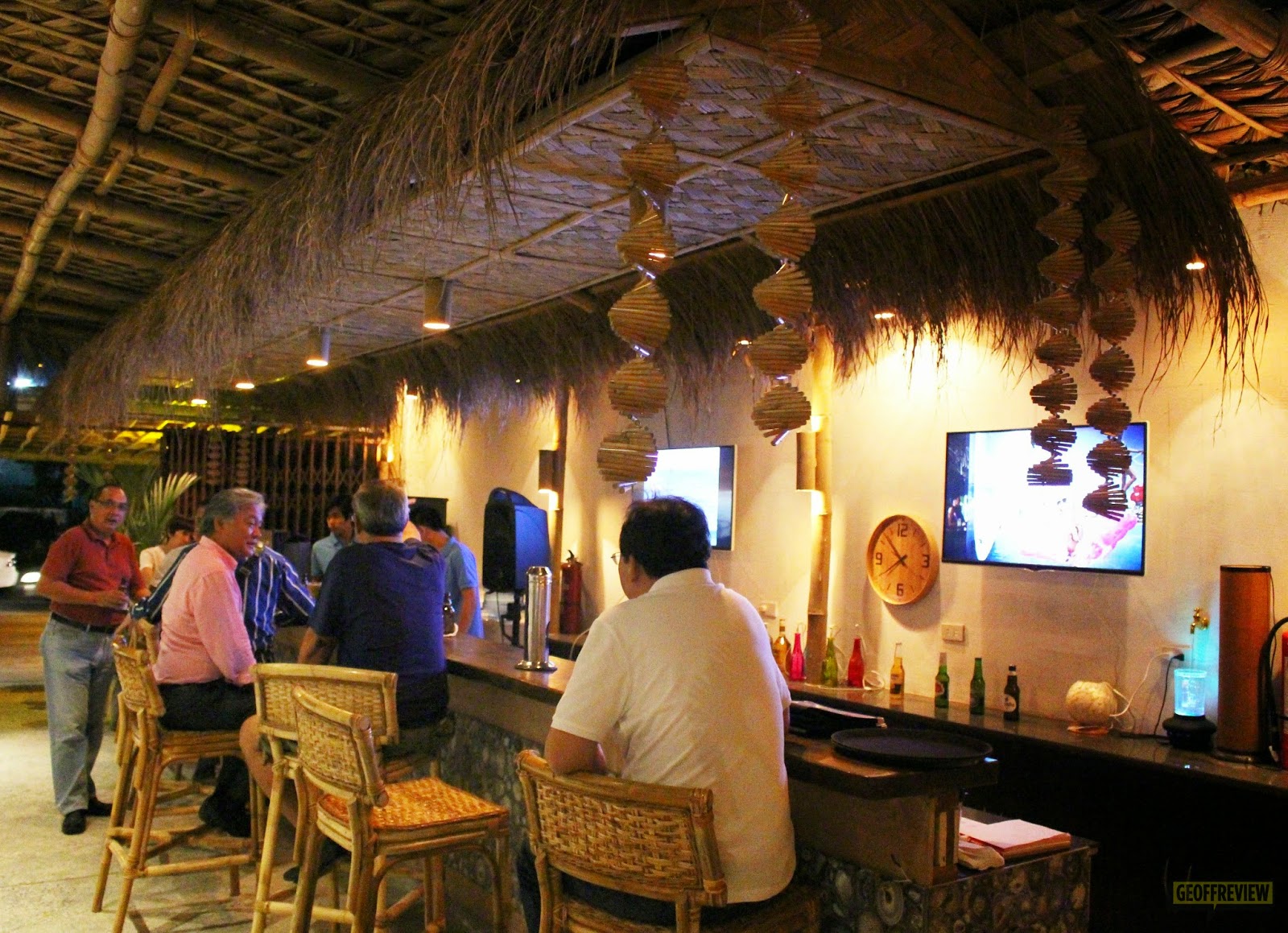 I was fortunate to be a part of their soft opening last month, among a few close friends and relatives, with Mr. Mito Barretto himself to welcome us to his restaurant. I was excited to have a taste of their specialty dishes although I knew that I had to be a bit more understanding about their service since this is just the soft opening after all.
As usual, I asked for all the specialty dishes that they could offer (or at least what was available so far):

I asked for some soup first to condition my tummy a bit for the meal ahead of me. We were told that the must-trys are the Mushroom Soup and the Clam Chowder so that’s what we asked for.
I preferred the Clam Chowder between the two because the flavour is more distinct and it was more generous with the ingredients (the Mushroom Soup could have bigger pieces of mushroom). Also, I wished that the broth is thicker and less watery.

I’m not  that much into salads but this one, I actually liked. The Bora Lite Salad is a colorful mix of lettuce, cucumber, tomatoes, ripe mangoes, grapes, and feta cheese. 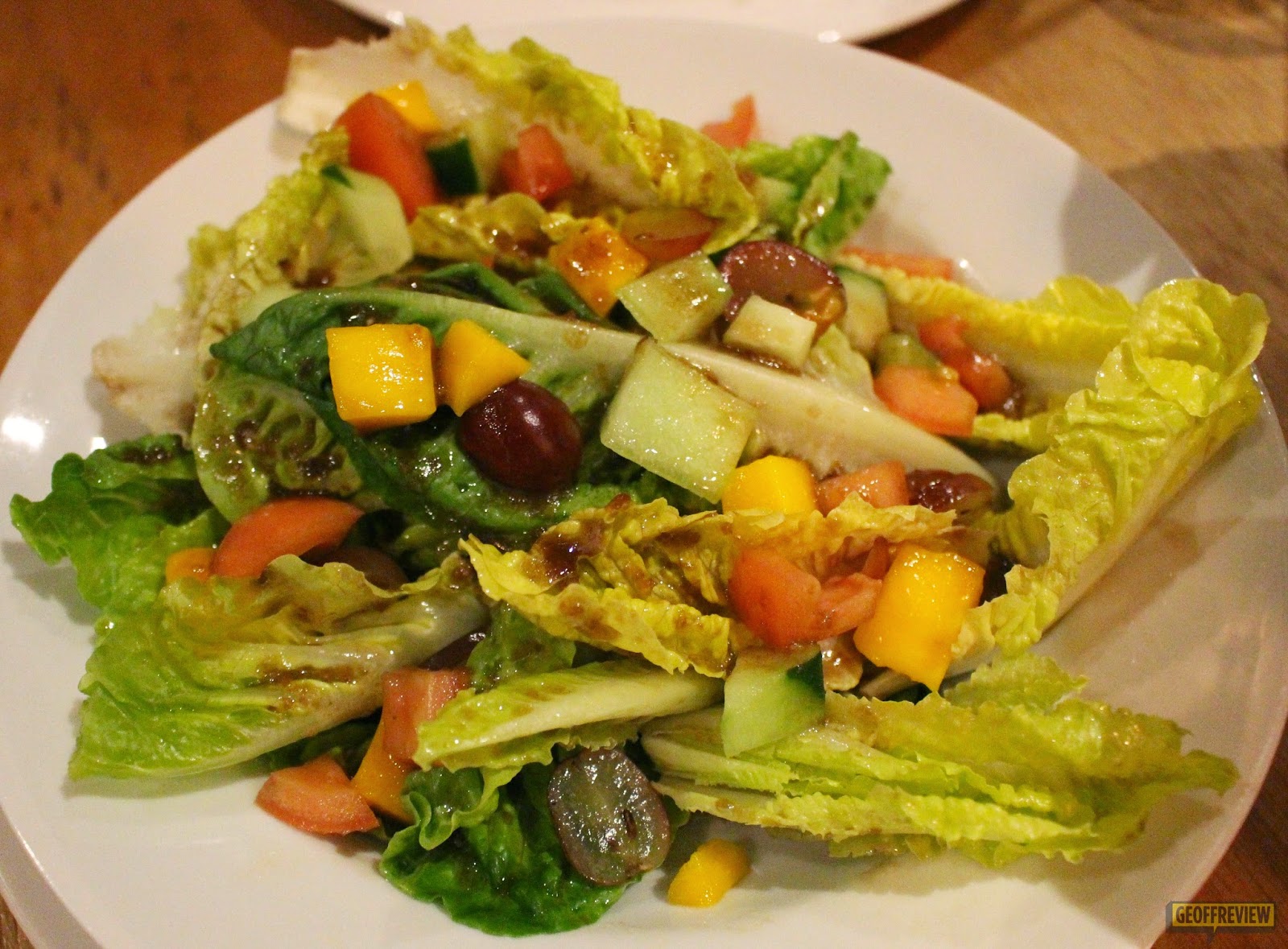 Now the ingredients themselves may not be that special, but the drizzle of balsamic vinaigrette made them a sweet and sour treat for the taste buds.

I had mixed feelings for the Gambas when it was laid before us. Given the price I was expecting it to have more generous servings however, around 5 of us had to share what was enough for one person (or for me at least). 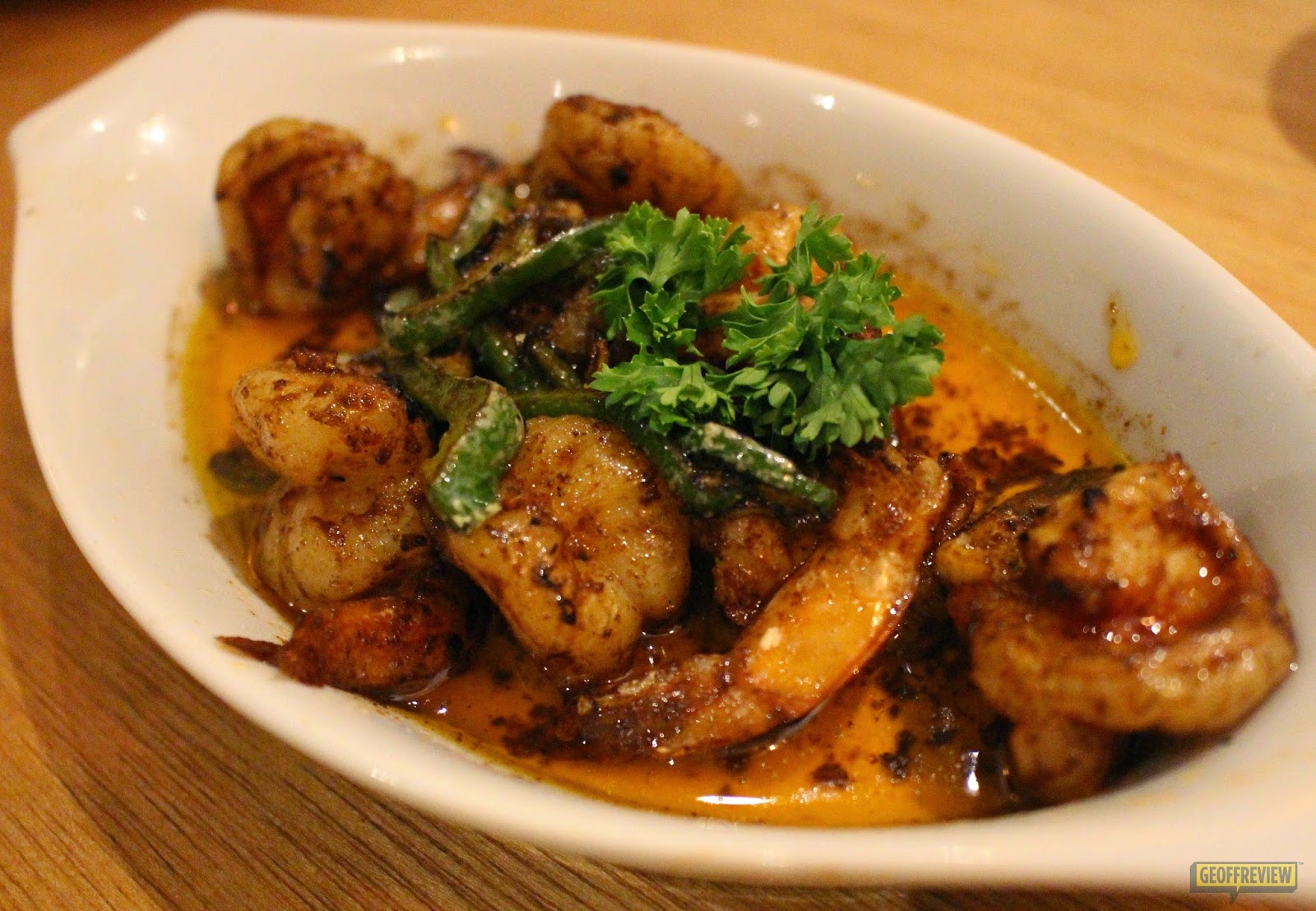 What I liked about this appetizer though is that it was swimming in olive oil, making it a healthier option. Given my love for oily food, I knew that I could finish the whole dish by myself if I wanted to.

The Sizzling Pork Sisig didn’t make it to my list of favorites that night because it was a hit overcooked giving it a burnt aftertaste. I’m not sure if this is also the reason why the meat was chewier than I would have preferred.  However, adding more soy sauce and seasoning did the trick. 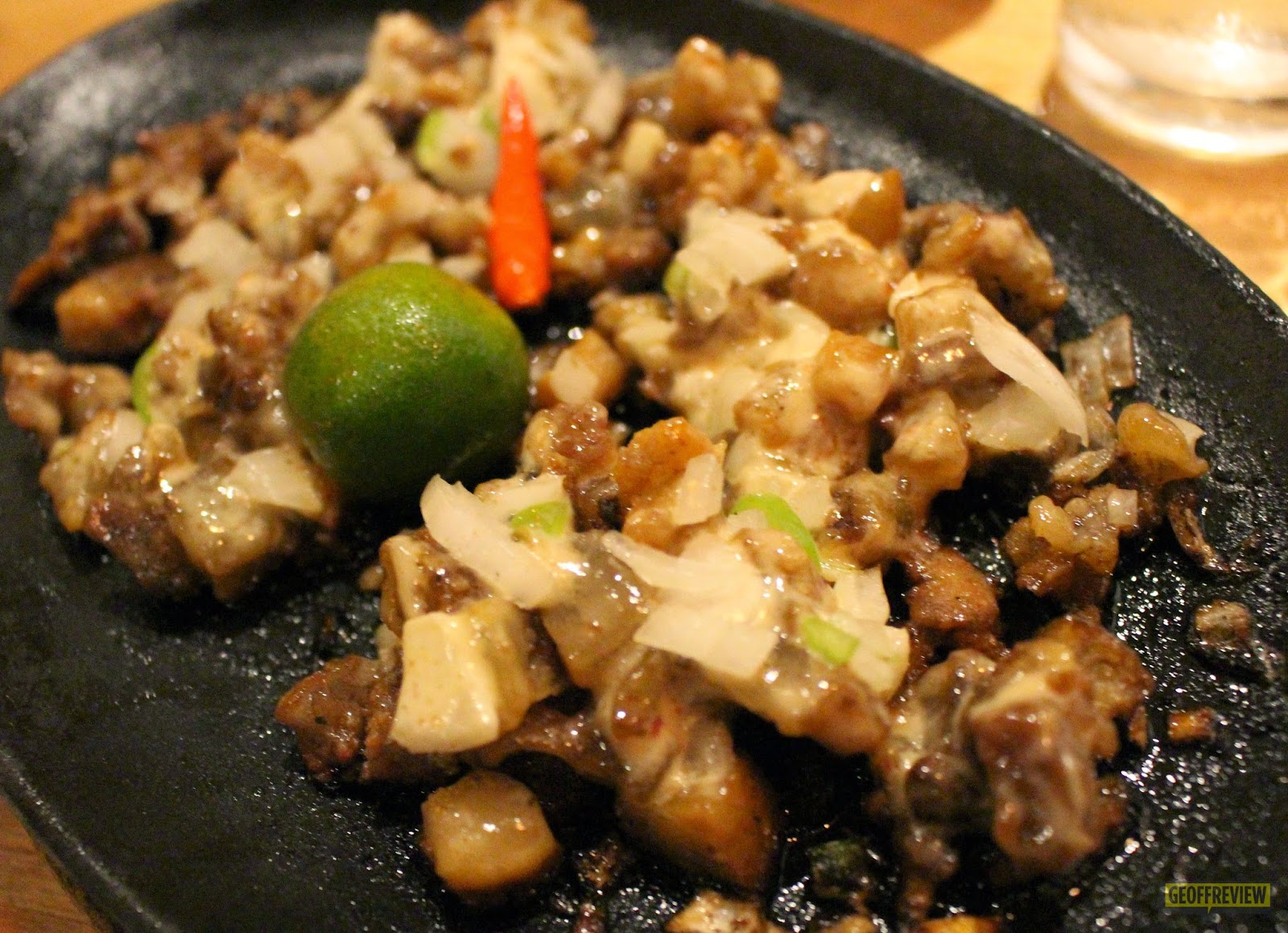 I lalalove pork, especially when fried so I was pretty excited about the Lechon Kawali. We asked for only one order because the nice lady who served us said one order is good for 2-3 people. When it arrived though, I thought to myself that I could probably finish the whole thing on my own.

I like my Lechon Kawali with a good ratio between meat and fat but unfortunately, what was served to us had a bit too much fat for my taste. The dish could also use a little more seasoning because it relied too much on the lechon sauce for flavor.

All my discontent for the Sisig and Lechon Kawali were all swept away when I had a bite of the oh so tasty Crispy Pata. Out of everything that I tried that night this is my favorite! 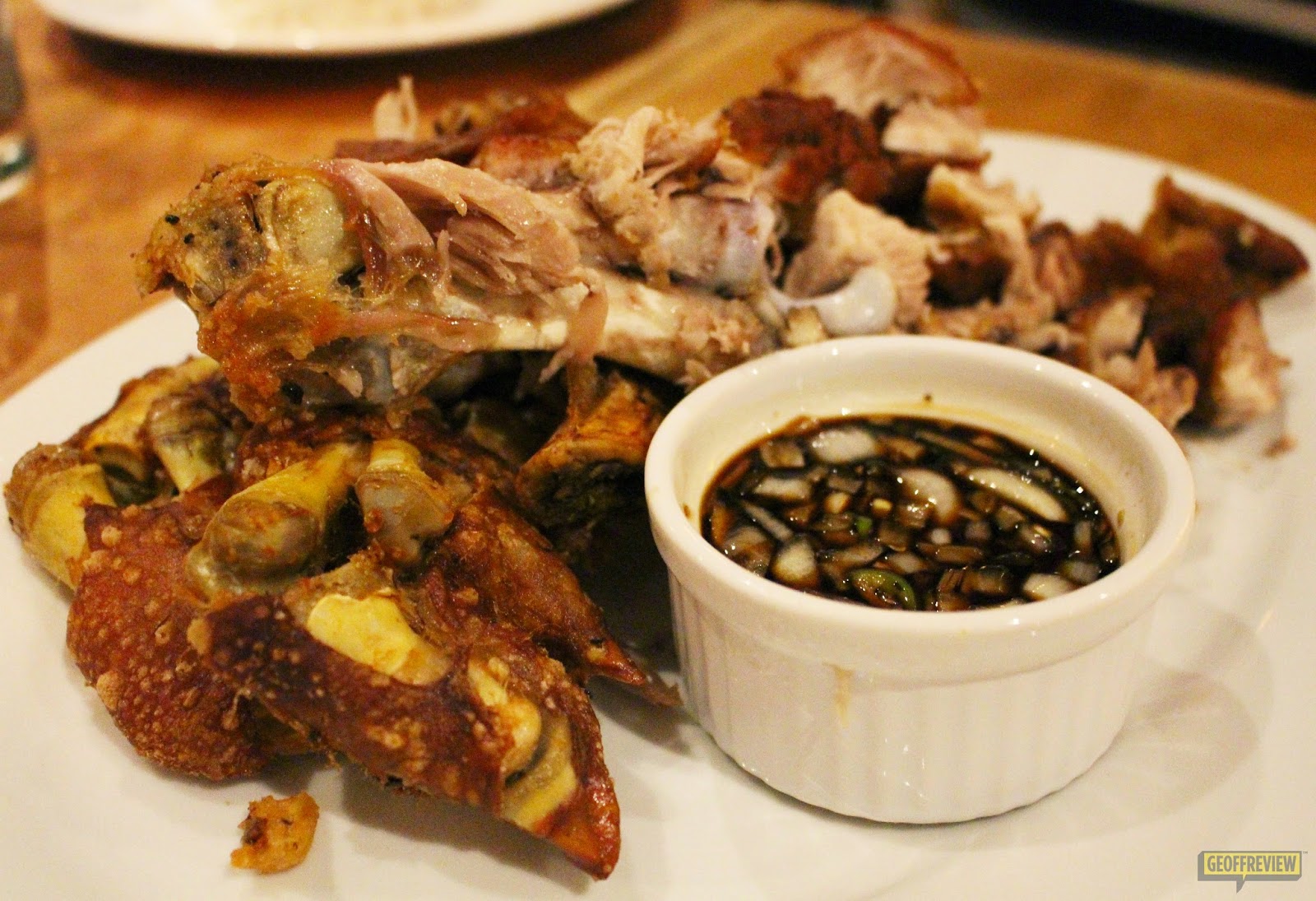 The challenge with Crispy Pata is that you have to make sure that the dish lives up to its name and true enough, what we had didn’t disappoint. The pork skin had just the right crispiness I’m looking for, complimented by the tender pork fat and meat. It’s already a delight on its own, but try dipping it in their soy sauce, which was a heavenly mix of sweet, sour, and salty, and you’ll be in for a treat.

If you know me well enough you may have an idea that I’m not a huge fan of cheese, but the Four Cheese Pizza was said to be among the specialties of Mito’s Place, so I knew that I had to try this one out. When I did, I knew why they take pride in this masterpiece. 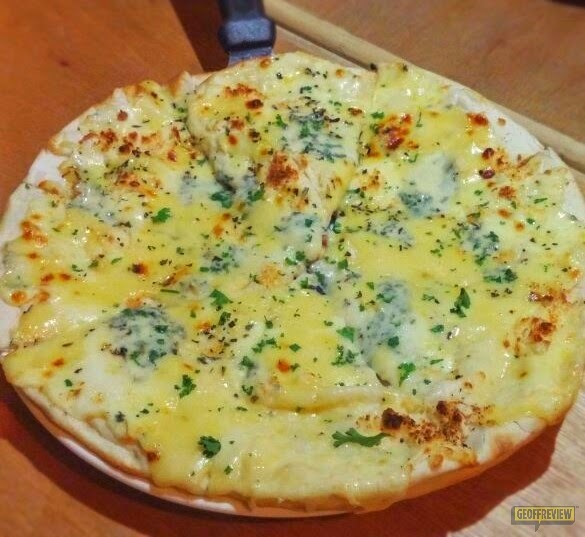 Thin but soft dough is generously covered by thick layers of mozzarella, cheddar, parmesan, and bleu cheese, hence the name. In spite of being not fond of cheese, I can say that this is a must-try pizza. Trust me, one slice would definitely not be enough if you’re a cheese lover.
I left Mito’s place with a full tummy that night! Admittedly, there were a few boo-boos with the service like some of our orders being served somewhere else, long waiting time, and many of the dishes still unavailable – but these are all perfectly understandable given that it was just the soft opening. The crew was very eager to accommodate my requests and answer my questions so I have to give them points for that.
Mito’s Place is now ready to serve you at 138, Aguirre Avenue, BF Homes, Parañaque City.