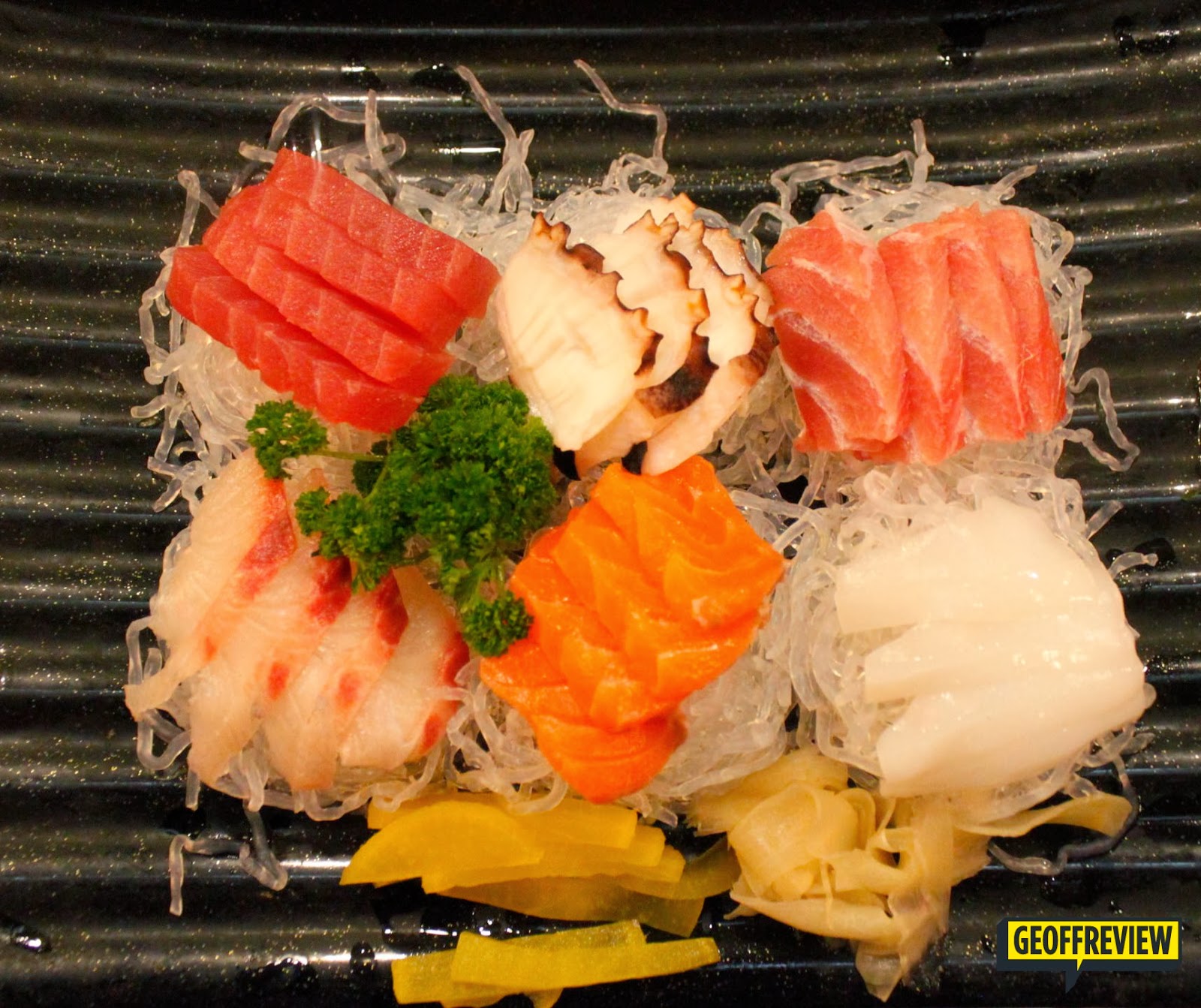 When I first heard of Genji M, it reminded me right away of the Tales of Genji – a Japanese novel about a fictional character named Genji Monogatari. And indeed, we learned that this was one of the inspirations for the restaurant’s name!

When we first got into the place, we wondered why the interior design felt more Korean than Japanese. It’s not obvious at first, but if you take a closer look at the patterns on the doors and the details on the walls, you may realize that these are actually designs more common in Korean architecture. We later learned that the uniqueness of this restaurant comes from its specialty dishes which are fusions of Japanese and Korean cuisine. No wonder there was a touch of Korean in the restaurant’s interiors! 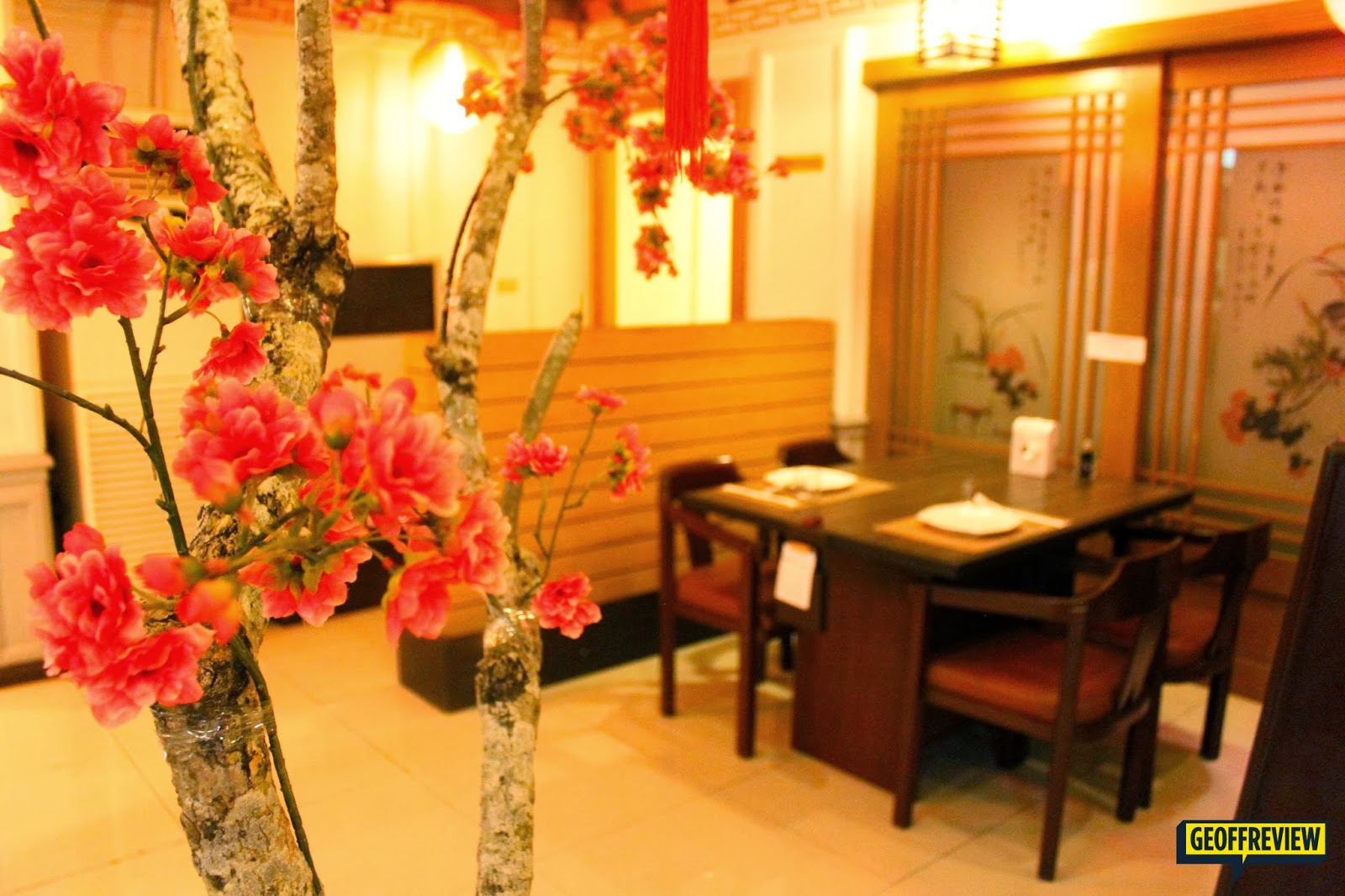 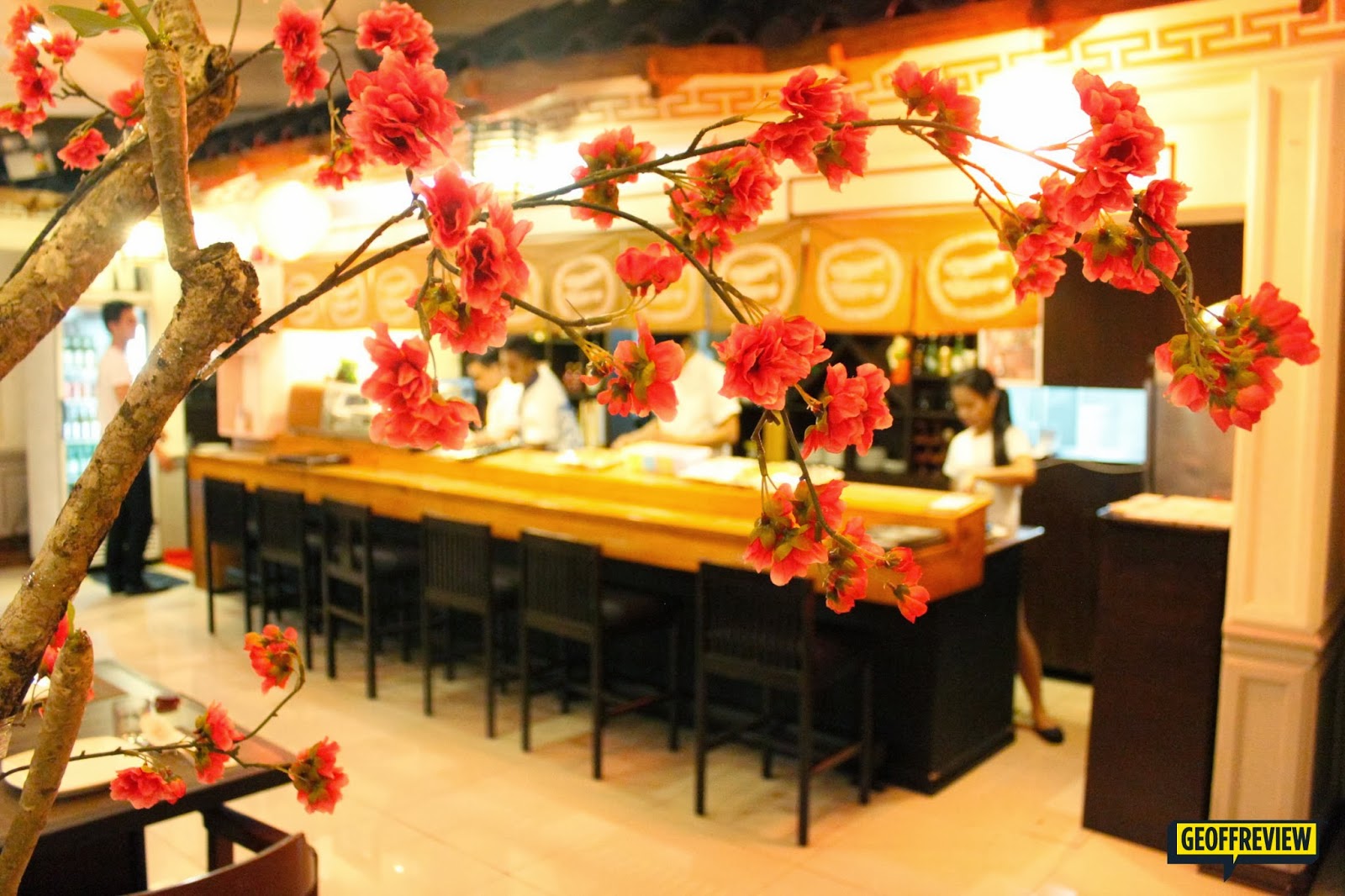 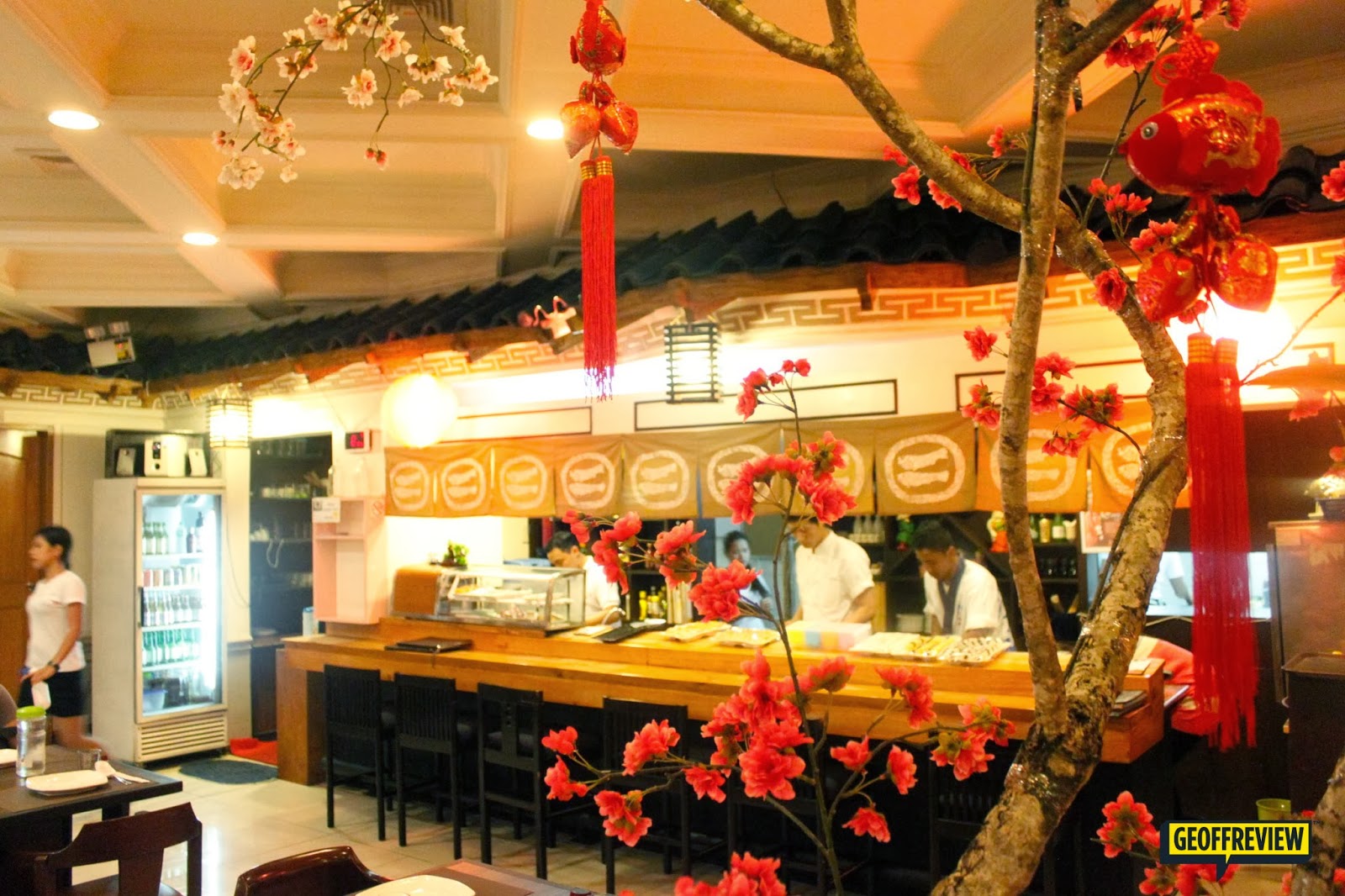 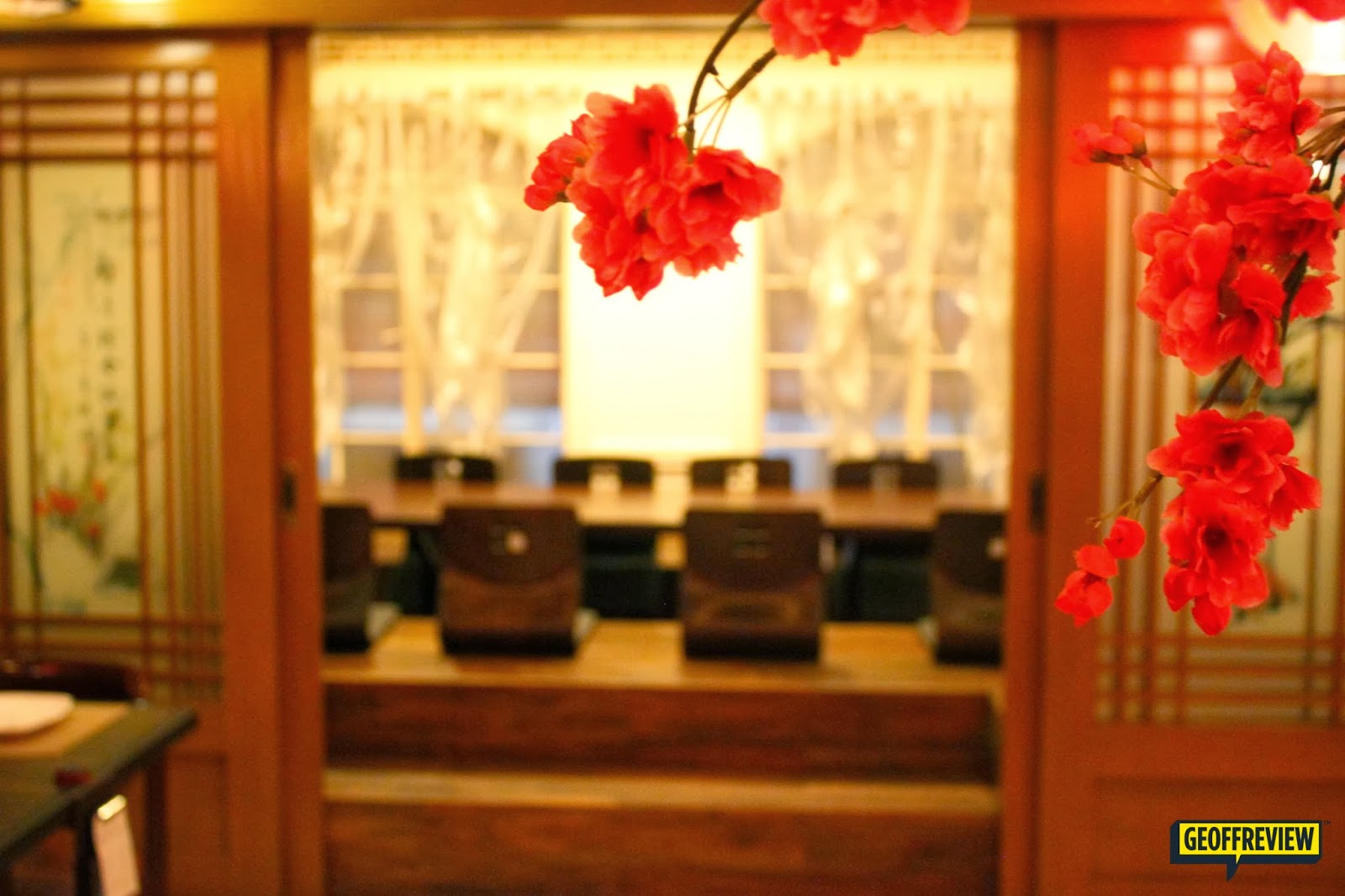 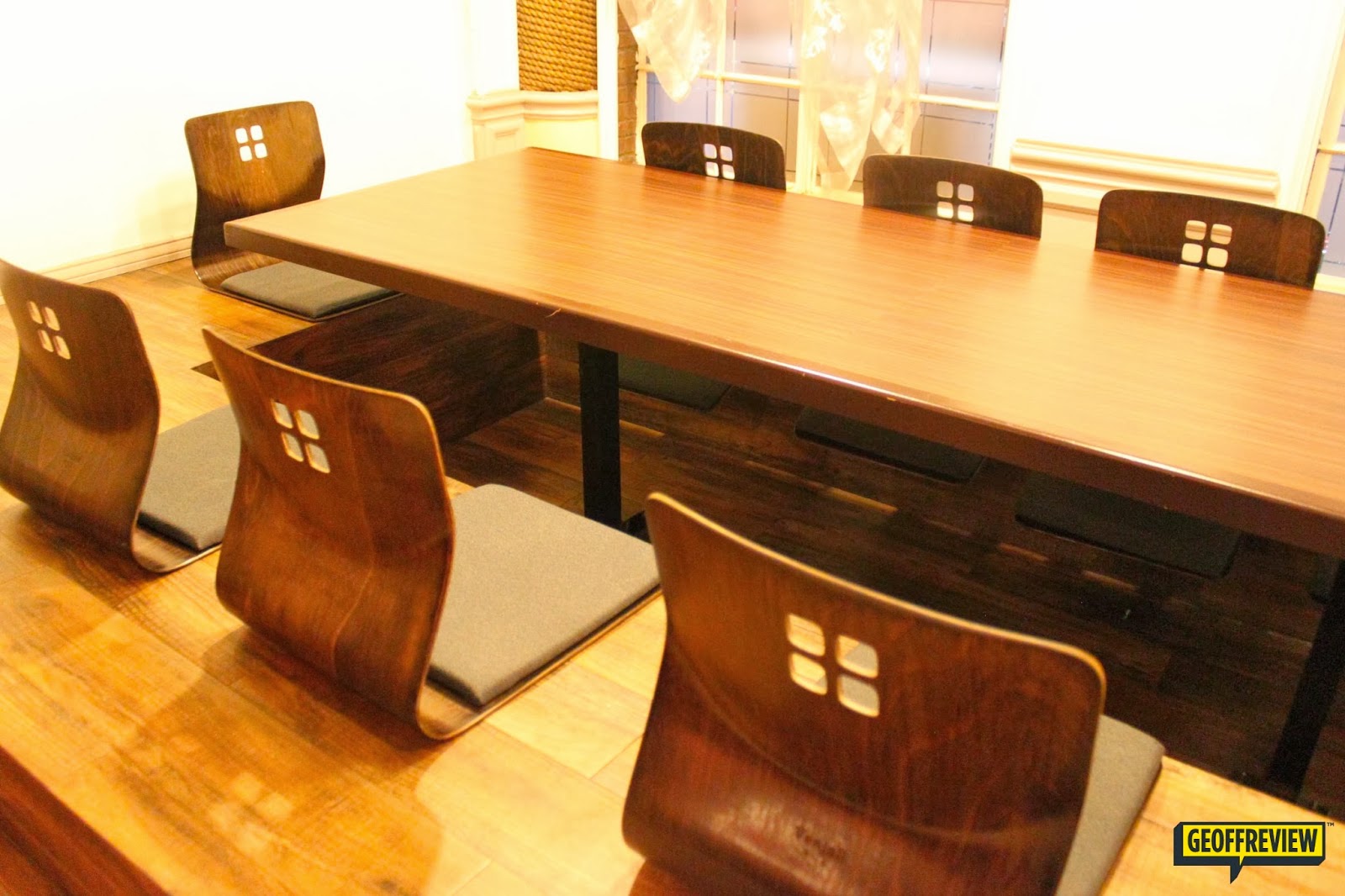 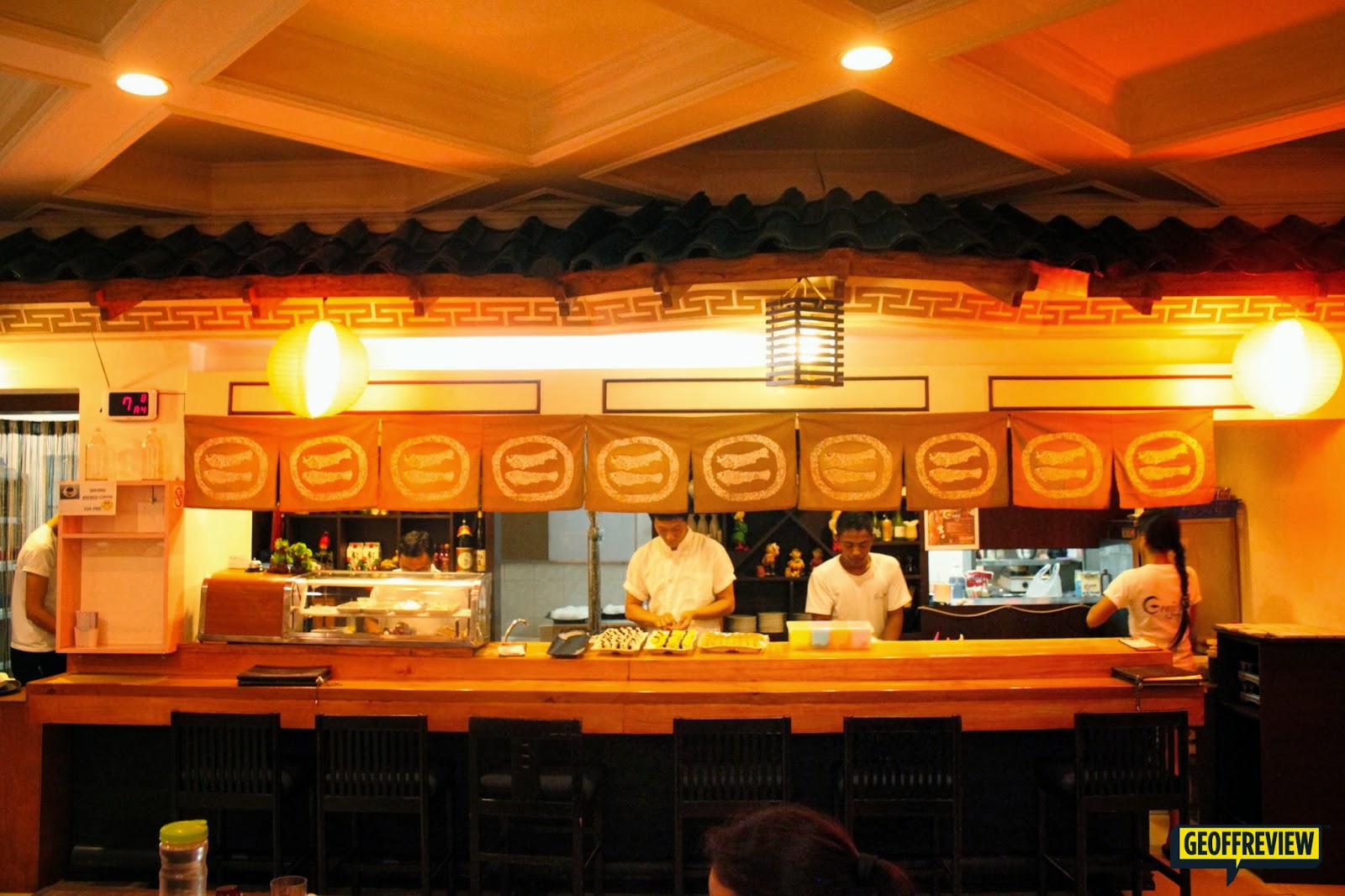 The owner, Mr. Sam Lee, personally welcomed us before we had our much-anticipated Asian dinner. Hearing his story, it’s hard to find a guy in the private sector like him. His day job revolves around Corporate Social Responsibility, and he even wishes to hold fundraisers at Genji M for NGOs. His vision for Genji M is to someday become a Sushi restaurant franchise that provides opportunities for handicapped people. A restaurant with an advocacy…Genji M just scored several notches up in my approval meter! Nice!
We were treated to an awesome dinner of Unlimited Sushi and Sashimi (Ph 699.00)! The cheerful and accommodating gentlemen who attended to our orders offered us an array of Sushi, Sashimi, and two types of salads (I loved the sweetness of the Kimchi!). The various kinds of sashimi were laid on a bed of rice noodles, giving the impression that the fish was served on ice, making them look fresher. 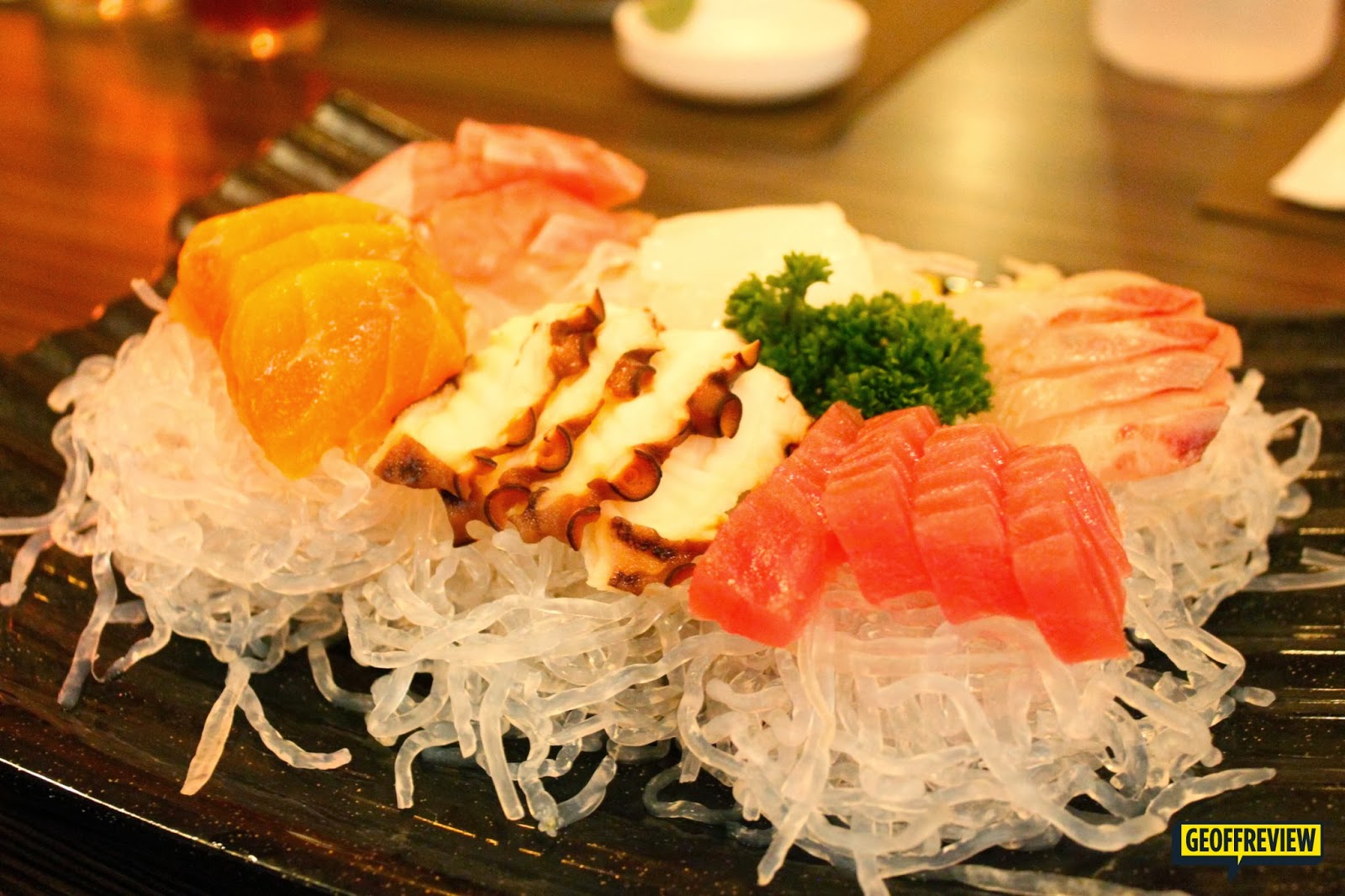 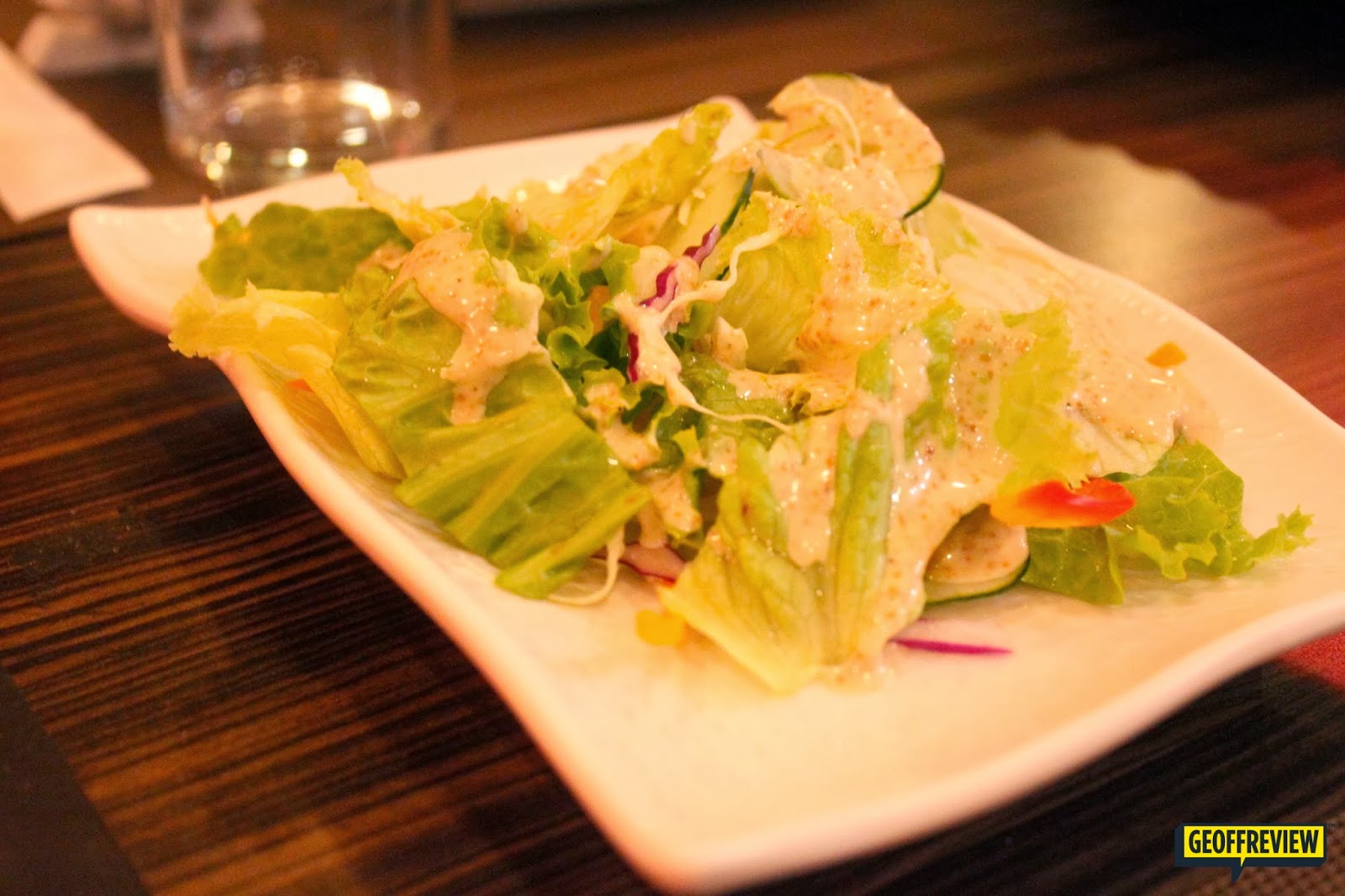 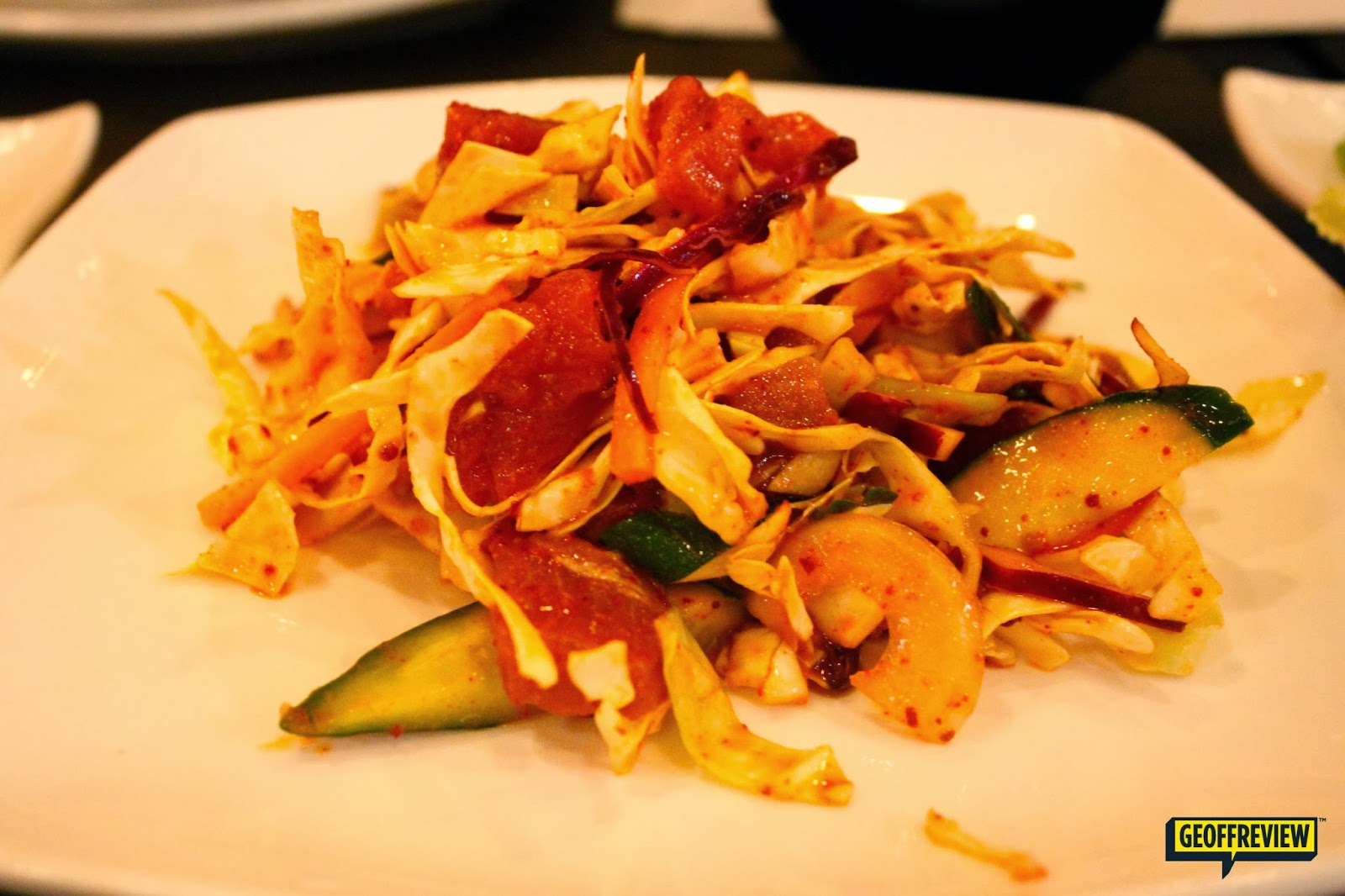 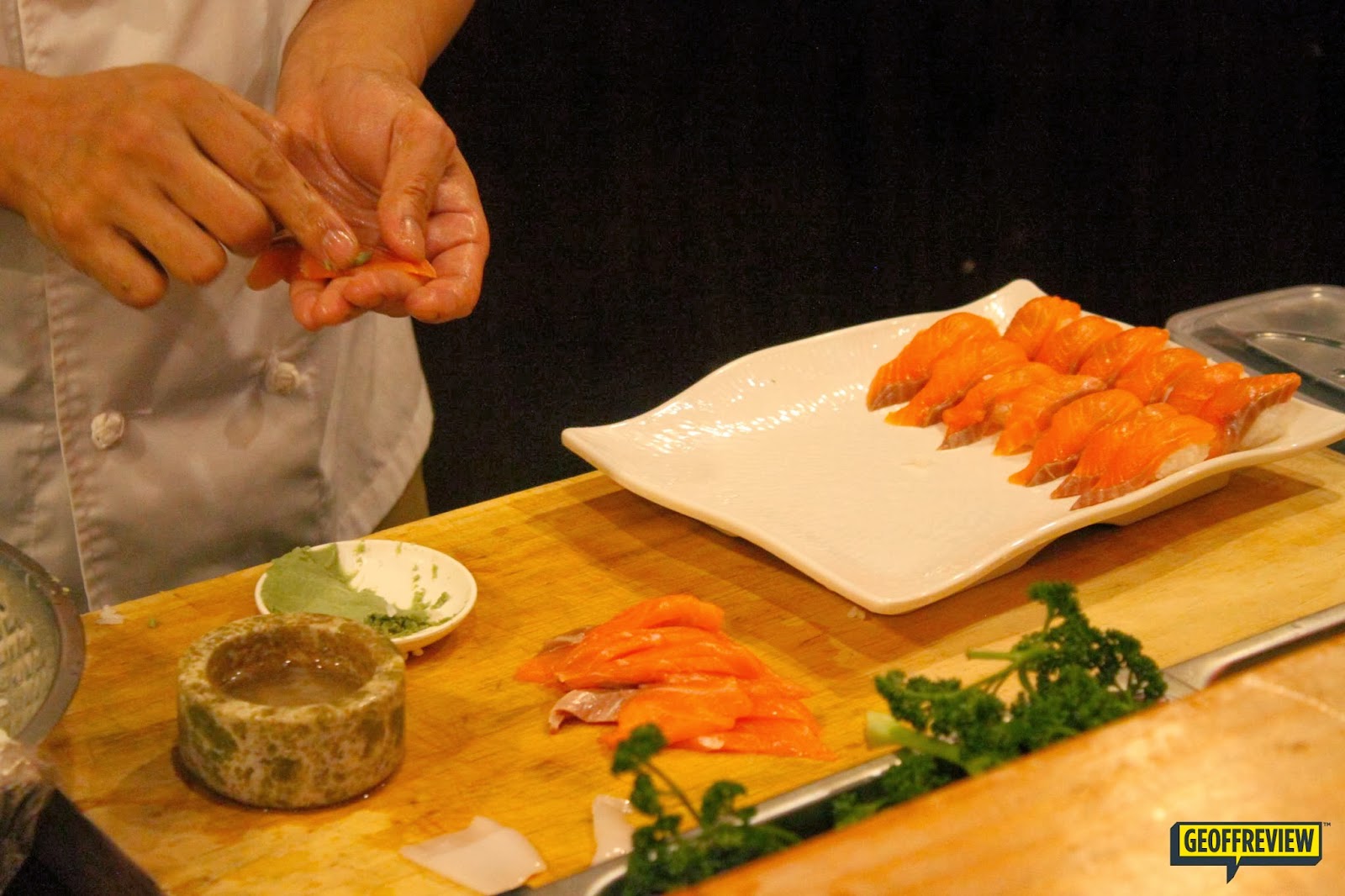 The Sashimi Platter had a tempting selection of Akami (Lean Tuna), Toro (Fatty Tuna), Sake (Salmon), Tako (Octopus), Ika (Squid), and Lapu-Lapu (Grouper). I’m a huge Salmon Sashimi fan and it’s been some time since I had my last one so I was eager to gobble up the ones served in front of me! When it comes to tuna, I like the lean cut more, primarily because it had a deeper flavor than the fatty cut. What surprised me though is the Lapu-Lapu – it was my first time eating it as a sashimi and I was surprised with how smooth and fresh it tasted – I was actually the one who finished all the Lapu-Lapu Sashimi on our table! I just loved everything in the platter! 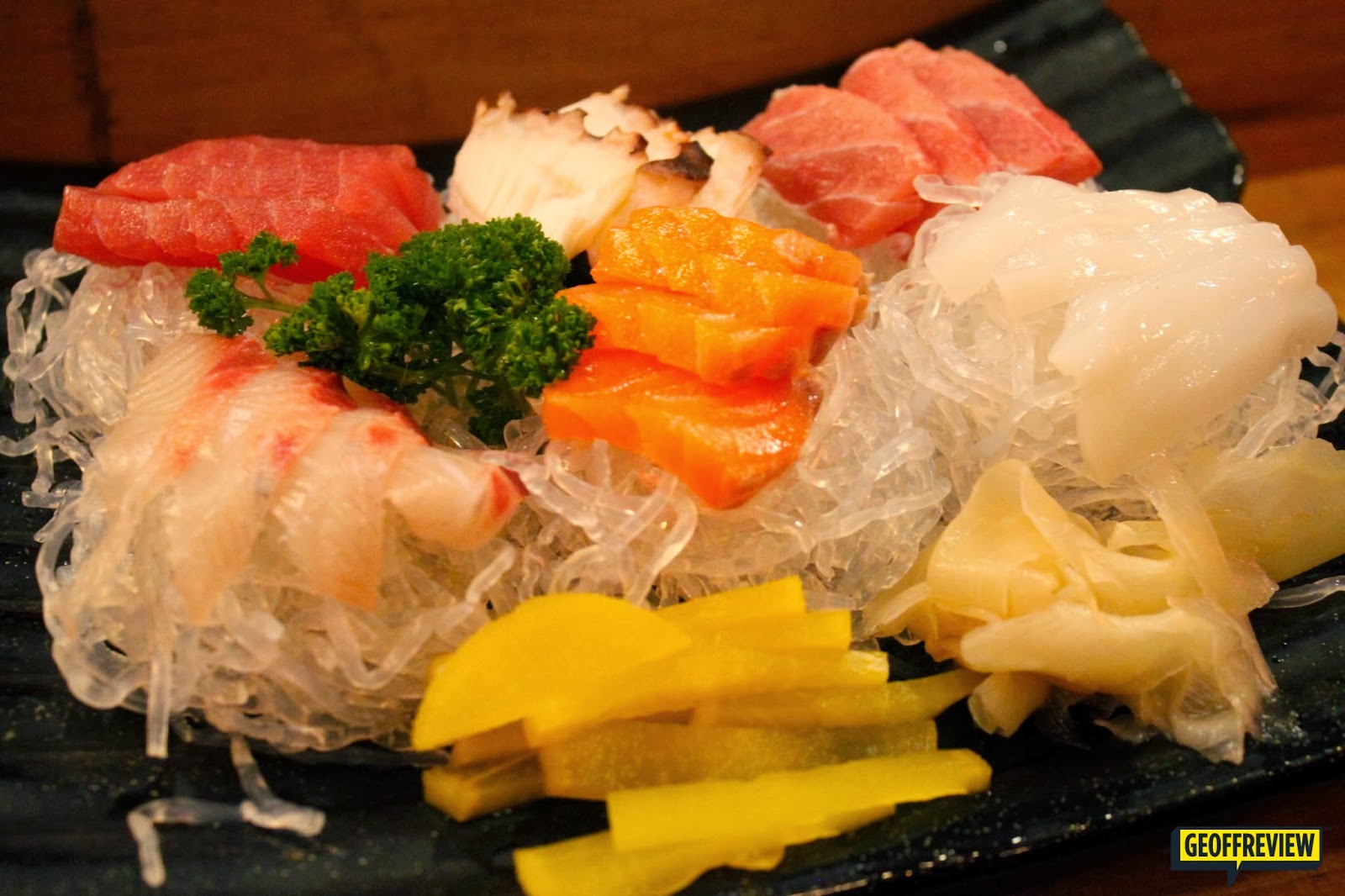 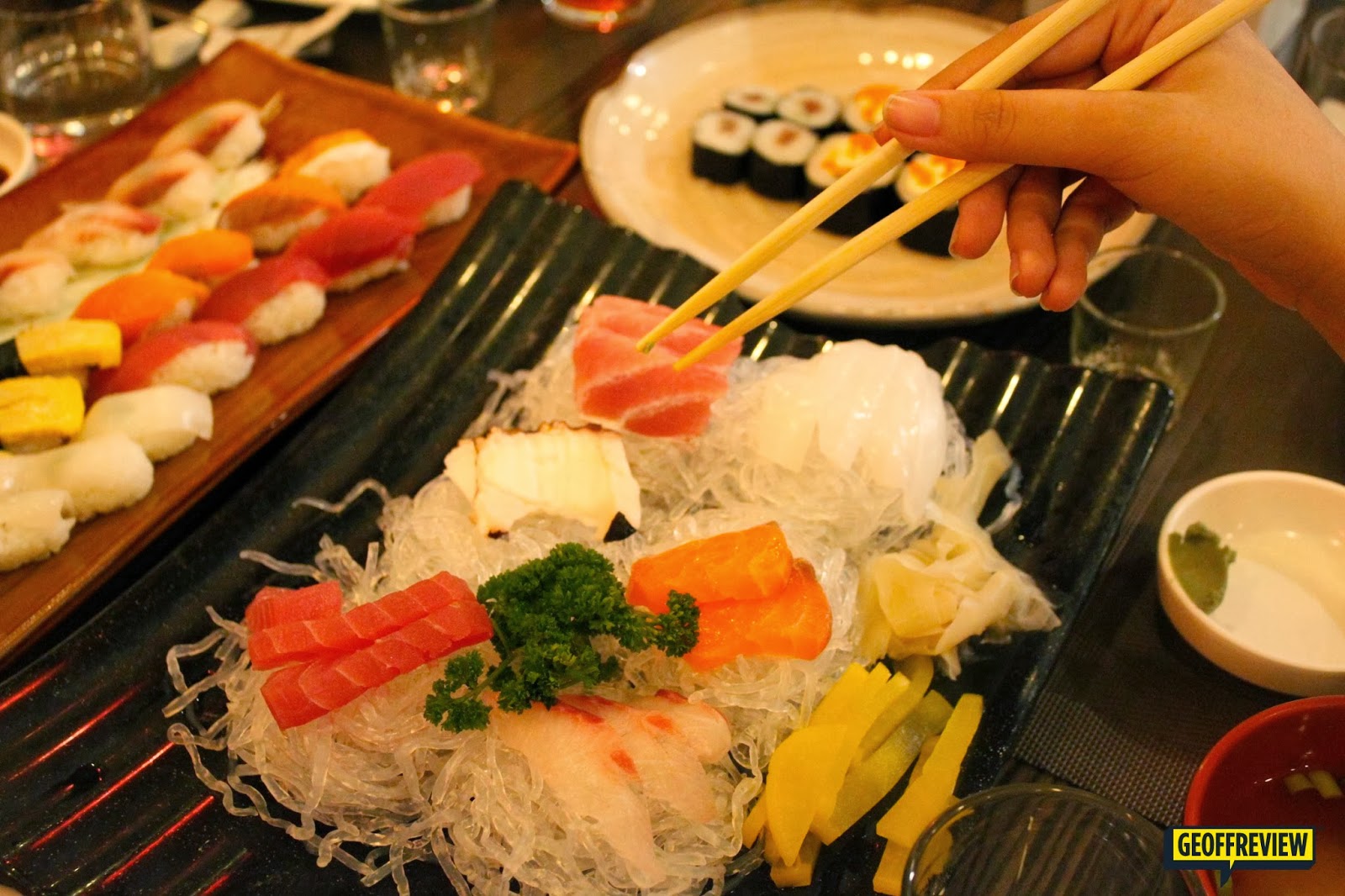 There were also a lot of sushi that night, mostly the Maki (roll) and the Nigiri (fish on top of rice) kinds. For the Maki, there was the California Maki and Salmon, while for the Nigiri we also had Akami, Toro, Sake, Tako, Ika, and Lapu-lapu. These types of sushi have wasabi in the middle, so I preferred not to put any of the green paste in my dipping sauce anymore. My favorites of course, were the lean tuna, salmon, and the Lapu-lapu. 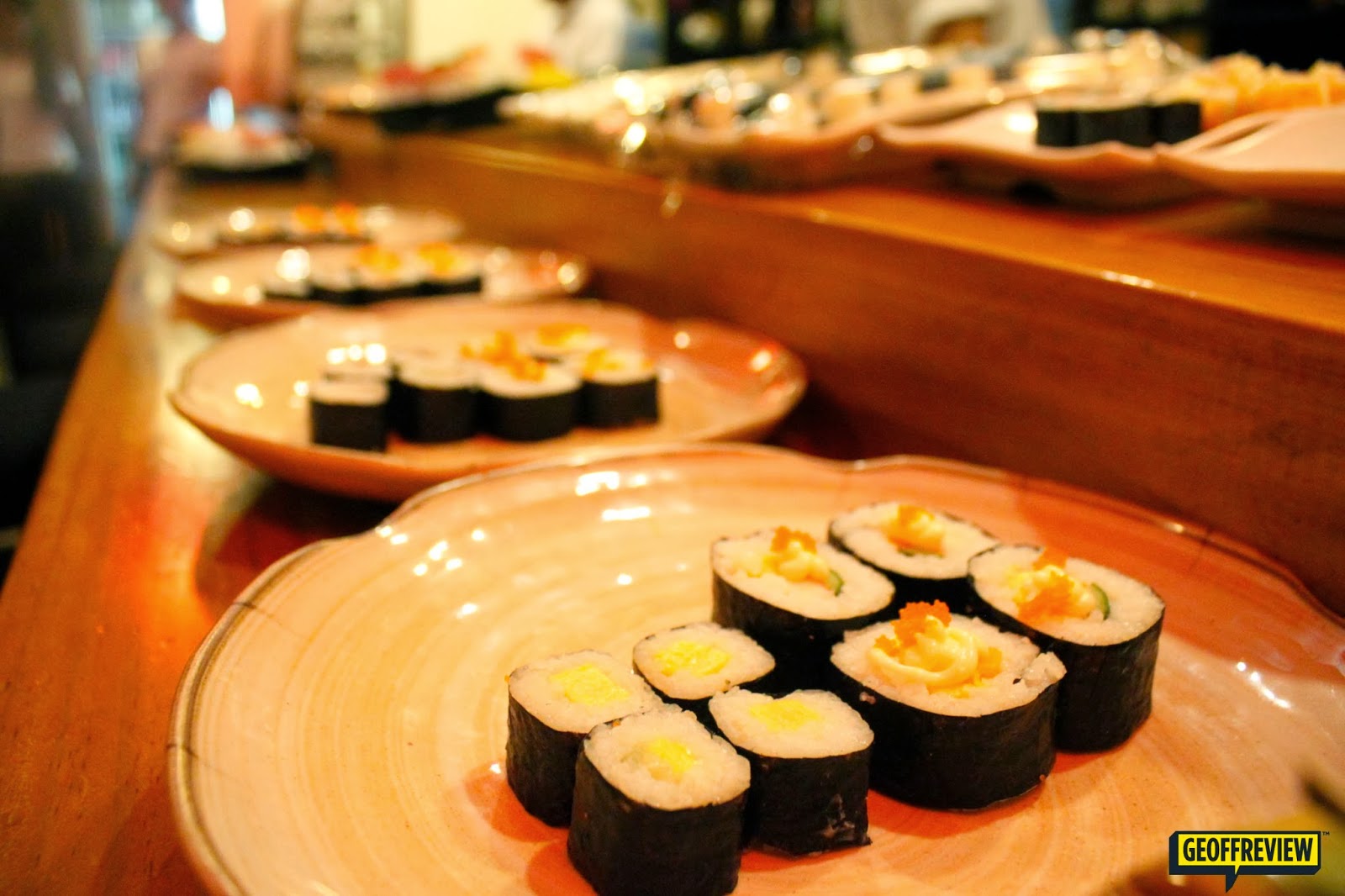 Other than these types of seafood, there were also Tamago sushi, Dried Tofu, Bulgogi, and, my personal favorite, the Samgyupsal Sushi. I’m a big Samgyupsal fan, so I was excited, but at the same time curious about its sushi version. It tasted exactly like the Korean Samgyupsal I know, with the soy bean paste in the middle of the pork belly and sushi rice. Maybe if they served it wrapped in lettuce with some sesame oil and salt brushed on top of the pork, I would definitely have had my perfect Samgyupsal experience. 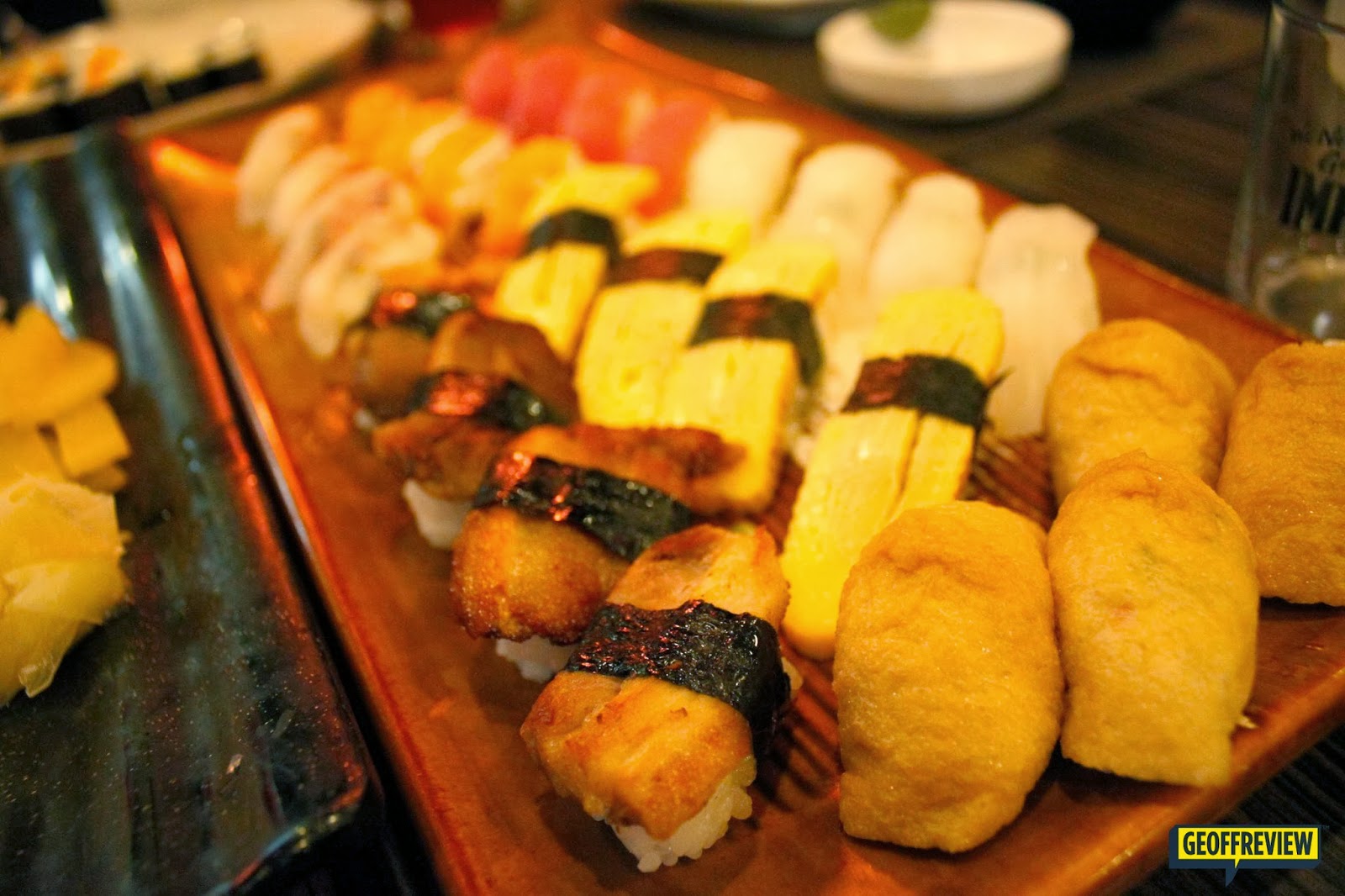 The Tamago had the right level of sweetness. It was my first time to try the Dried Tofu and I loved it! You see, it looked like a pocket, and the tofu was actually the wrapper.
The Bulgogi Sushi (Bulgogi topped on rice and wrapped with nori) was also one of the favorites of the night. This was really good, with the sweetness of the beef complimenting the nori giving off a a slight hint of wasabi. However, if I may suggest, maybe we can have less vinegar on the rice? Other than that, a well-deserved two thumbs up! 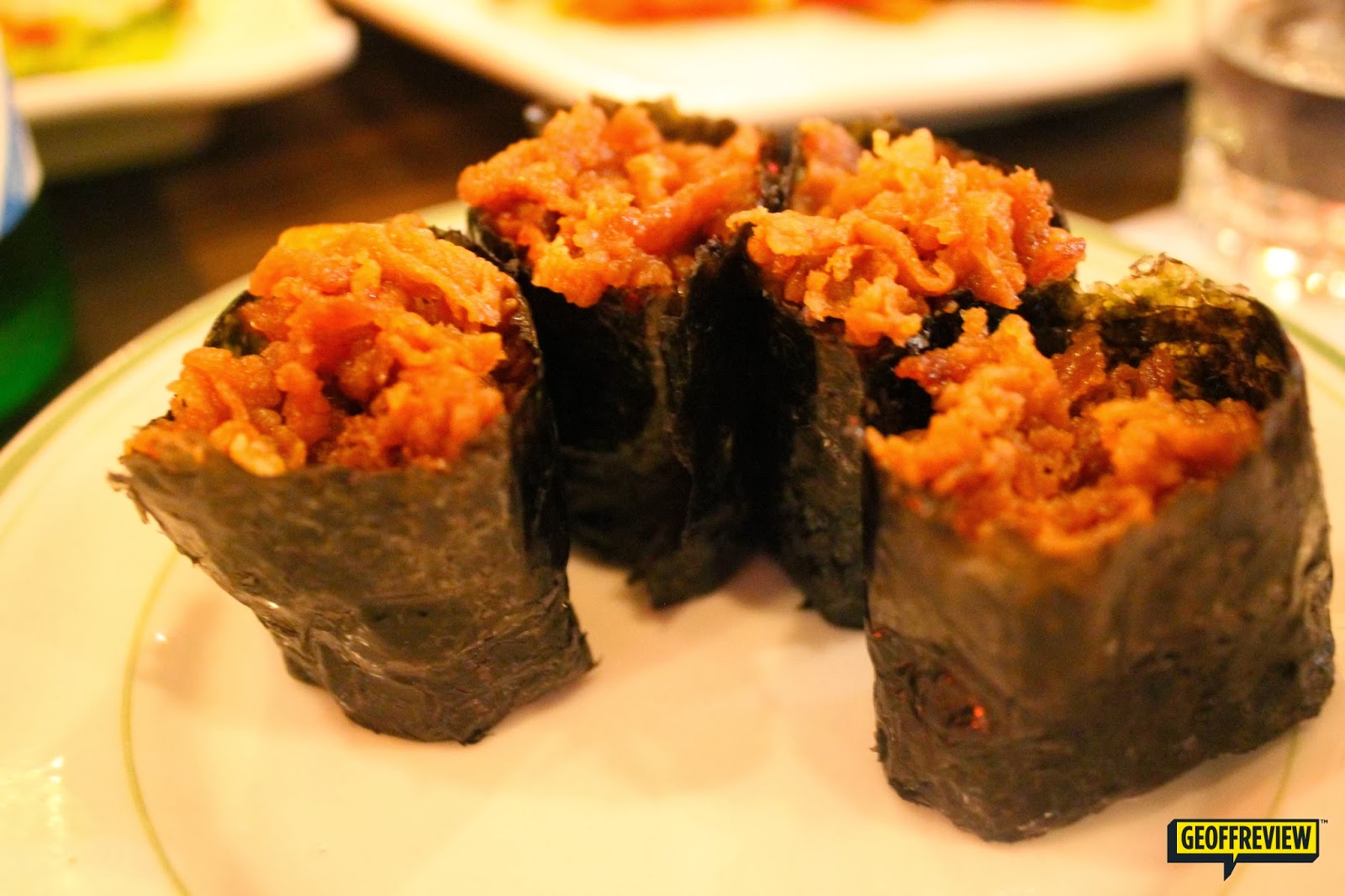 We had so much to eat but there was so much more to experience,  especially with the fact that we get to order whatever we fancied from the menu. In spite of being stuffed with all the sushi and sashmi I’ve eaten, my tummy seemed to make room for more when I found out that one of my personal favorites is in the menu – Uni Sushi! Uni is basically sea urchin, and this sushi serves Uni on top of rice and wrapped with nori. The Uni was of good quality – it was creamy and tasted like the ocean (sorry for trying to sound dramatic), and didn’t smell too strong. 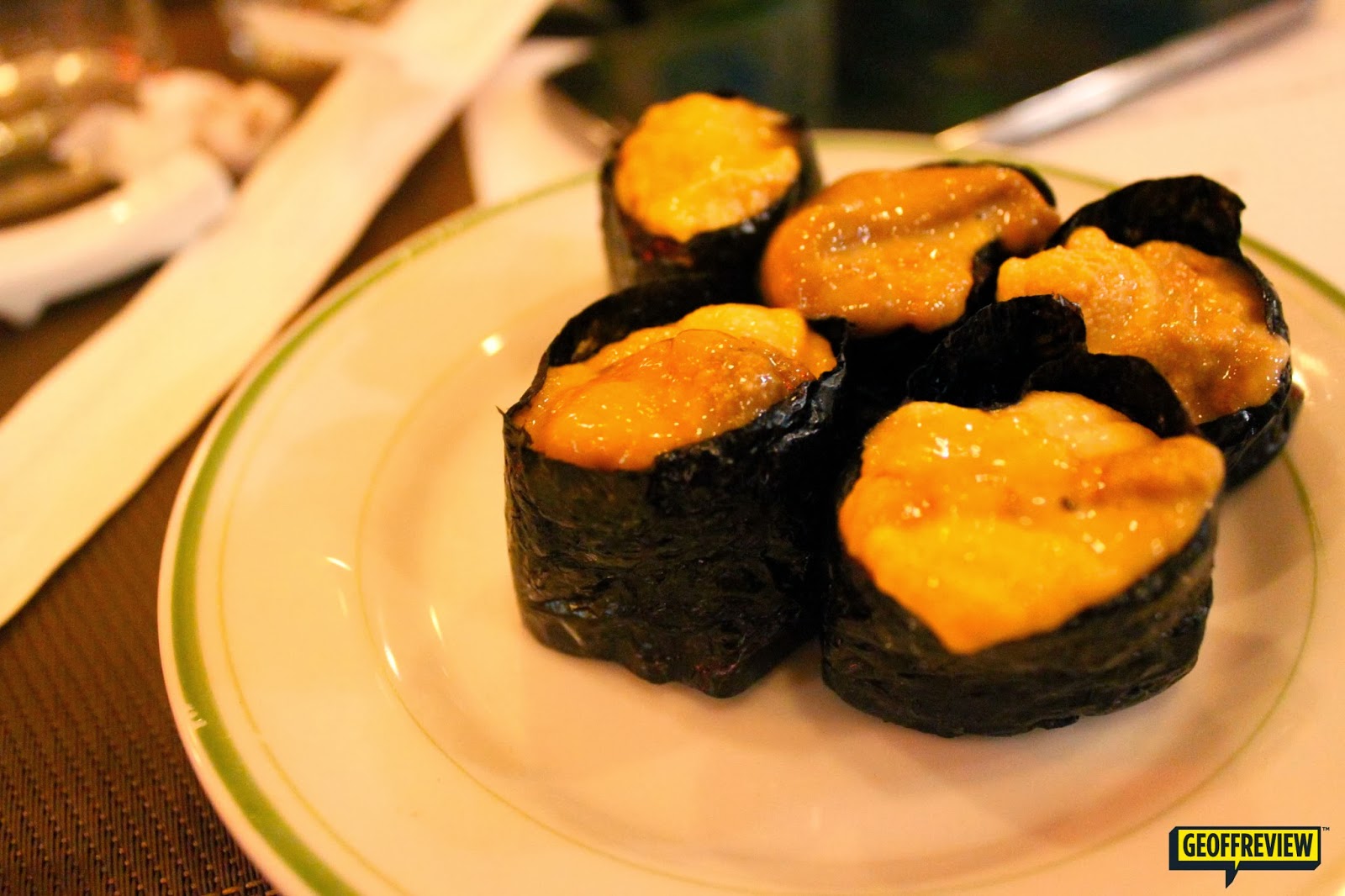 Among all the tasty delicacies we were offered that night, one dish in particular stood out – the star of the night – the Spam Sushi! The group kept ordering this one that I lost track how many orders we’ve had. When I tried it, I thought that it was like a refined version of the Musubi (Don’t worry, Hawaii, I like your version too). We kept popping this sushi over and over again! The rice mellowed down the saltiness of the Spam. It’s really addictive because hey, it’s spam. 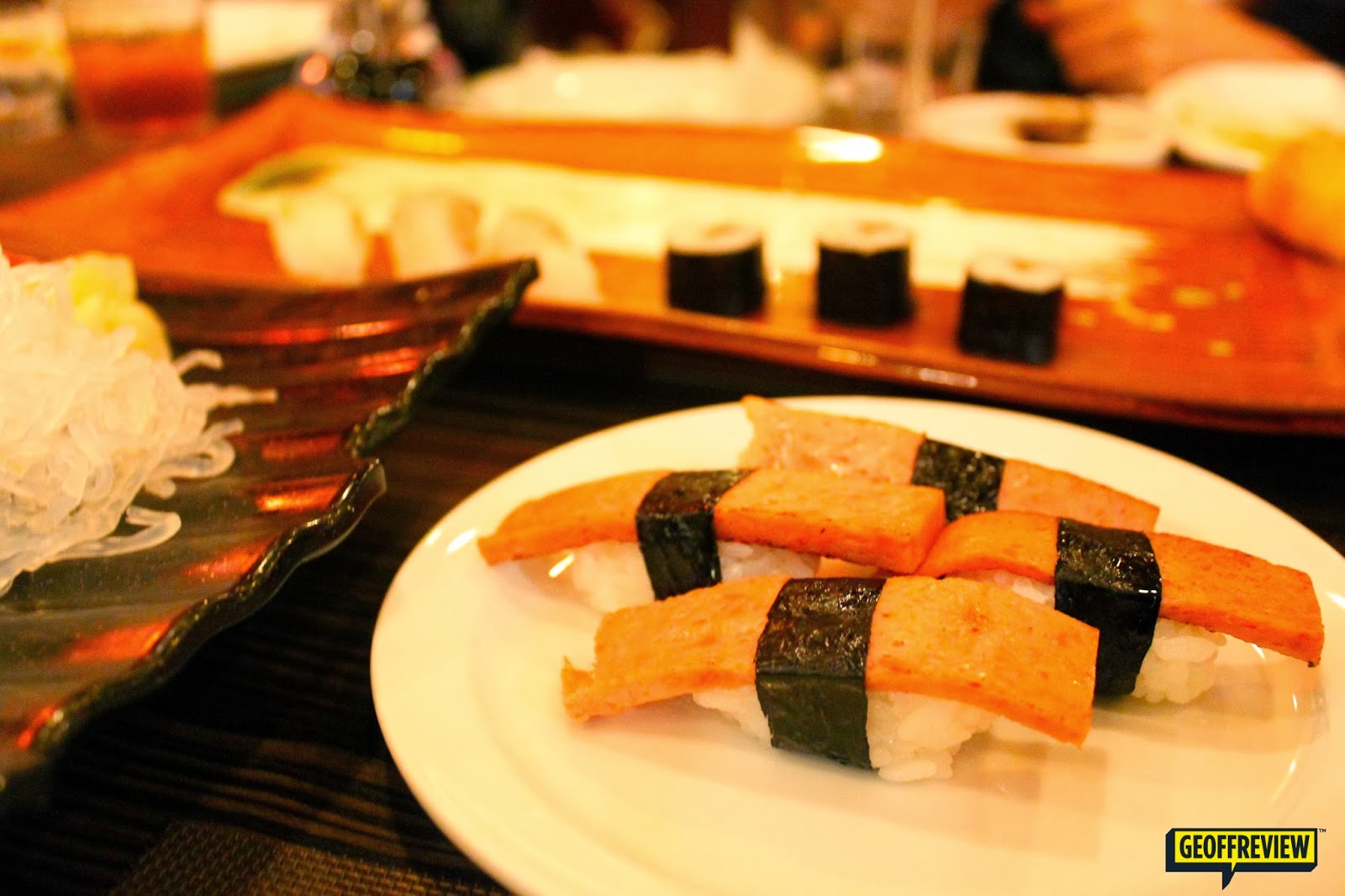 Okay I’m sure that right now it’s pretty obvious that I’m a huge sucker for Japanese food. I particularly loved Genji M because of their innovative dishes and the playfulness and creativity that they invested when preparing their menu. I’m definitely going to be back soon for more.
Genji M is located in Kalayaan Ave. near Makati Ave. beside St. Giles Hotel. 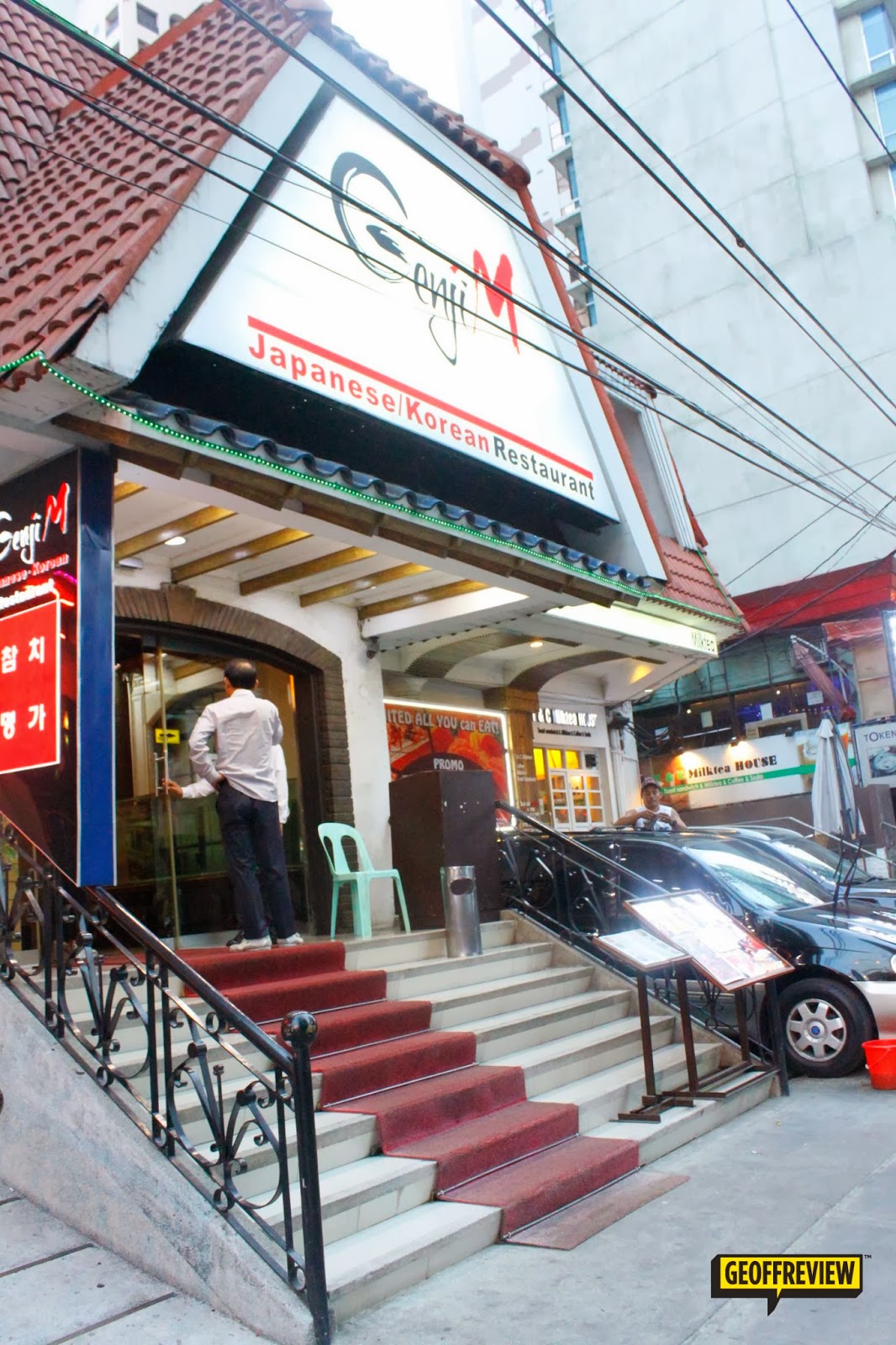 Because we’d also like you to have a taste of the awesome Asian experience we had at Genji M, we’re giving away 2 Genji coupons worth Php 250.00 each to one lucky reader! Joining is easy! Simply get your entries through the Rafflecopter widget below (please be a bit patient as it may take some time to load):
a Rafflecopter giveaway
Contest ends on March 19, 2014. Share away! 😀