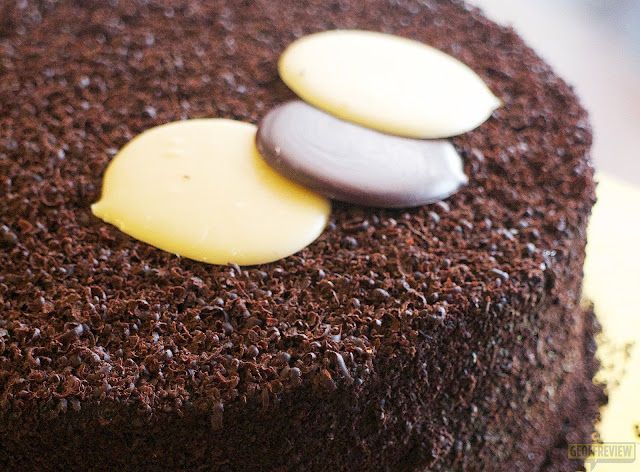 By now you’ve probably heard of the 5 Million worth of cakes that a quaint bakeshop in Quezon City promised to give away for free if ever Mayor Rodrigo Duterte wins the Presidential race. If you don’t know what I’m talking about, you can check out the image below: 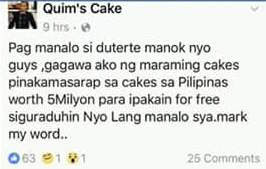 Since it’s apparent the Digong would be the next Philippine president, his supporters remembered Chef Jake Labang’s promise and asked for the free goodies. Surprisingly, Quim’s Cake released a statement saying they’ll keep their end of the bargain, and now the humble bakeshop has gained popularity online, with their Facebook Likes jumping from a few hundreds to an astounding 30K+ in just a matter of days! And that’s without any form of paid Facebook advertising!
Quim’s Cake has been the talk of the town, which is why when I had the chance to get a taste of what they have to offer to offer, I eagerly said yes!
Tucked along Tomas Morato in Quezon City, Quim’s Cake also used to offer baking classes and baking supplies, and slowly evolved into a full-fledged restaurant when the owners realized that there’s more demand for dine-in orders. You see, Quim’s Cake doesn’t only serve cakes, but a wide range of specialty dishes as well. Here are some of the one we tried during our visit. 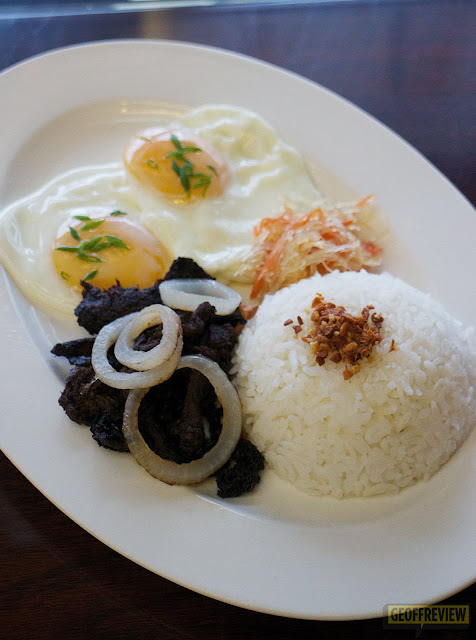 This isn’t your usual tapa, as this is also Chef Jhollow’s own version of Pangasinan’s Pigar Pigar – a dish made up of thin slices of marinated beef, which are then sautéed or deep-fried with white onion. Pretty much like the Pinoy bistek if you ask me.

When it was served, I didn’t have the impression that this dish was supposed to be sinigang because the broth was served separately from the fish. It all made sense when the chef started pouring the mango-infused sabaw into the bowl with the fish and veggies. 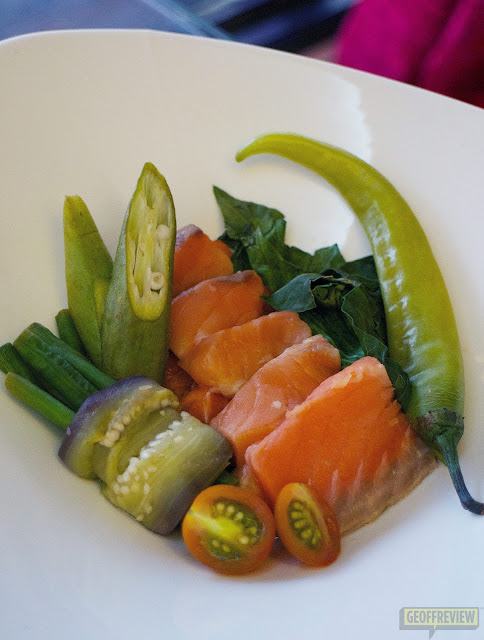 But that’s not the only curious thing about this dish. Instead of the usual fish, you’ll have salmon sashimi with your sinigang, which you can eat on its own (hence it’s separated from the broth) or mix with the sabaw. It confused my palate when I ate it because I’m unfamiliar with the taste of cold, raw fish on sinigang. It’s an interesting mix of Pinoy and Japanese favorites. 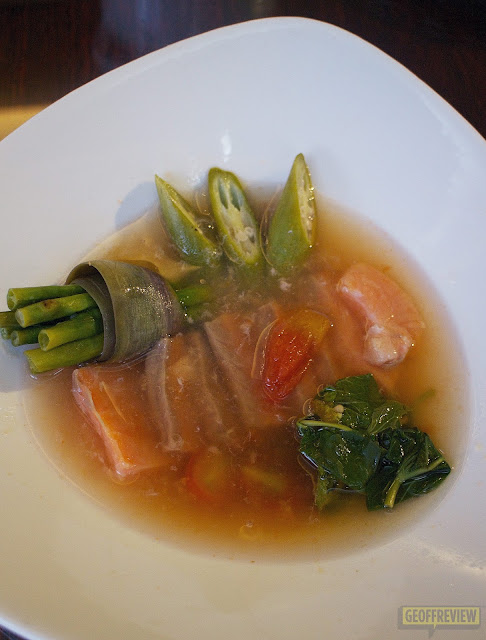 We knew we just had to ask for rice when the roasted pork belly was served. Thick slices of pork belly were roasted to a delightful crisp and served on top of a bagoong-chocolate mixture. Chocolate and pork are some of my favorite foods, so this should be great! 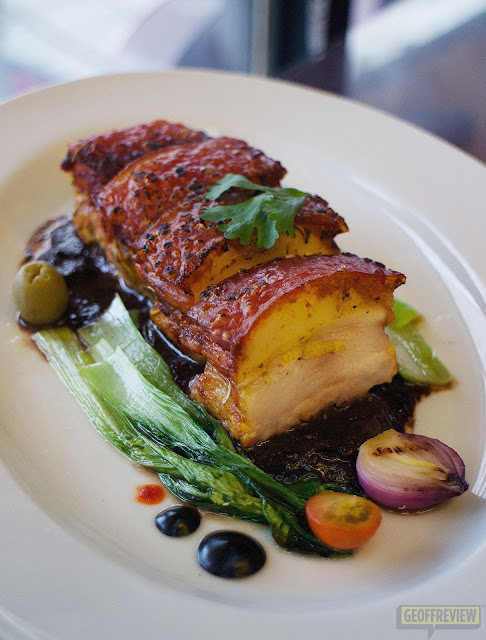 The meat was tender and the skin had a decent crisp, but the real charm of the dish comes from the mixture of chocolate and bagoong sauce. The saltiness of the bagoong complements the sweetness of the chocolate, although personally I would have preferred more chocolate in the mix. I’m a sweet-tooth after all.

Aside from their Savory Meals, Quim’s Cake also takes pride in their pasta, with their bestsellers being the Hondashi and the Heartbreaker. 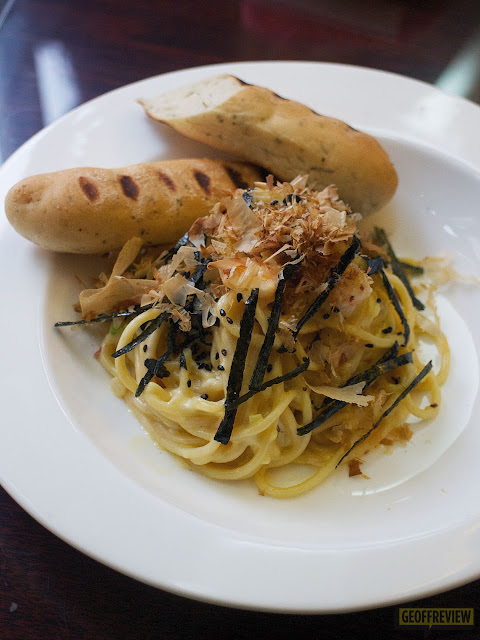 You can tell the Chef Jhollow likes experimenting, as the Hondashi is another unqiue fusion of ingredients from different cultures. Japanese ingredients like the Hondashi and bonito flakes are used in this pasta recipe. It makes me think of  seafood carbonara, only this one has a Japanese twist to it. 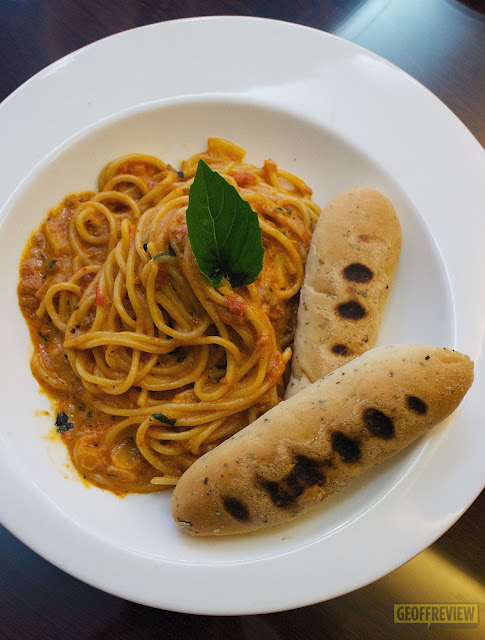 The Heartbreaker on the other hand, got its name because of the sinfully delicious aligue as its main ingredient. Eat in moderation as the heart can only take too much!

These burgers are overwhelmingly huge, that even with an appetite like mine, I had to find someone to share them with. 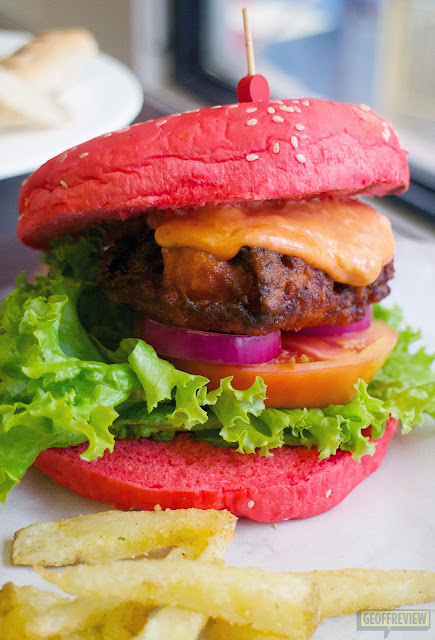 The Red Hot Dory Burger was a real eye-catcher, primarily because of its bright red bun. But don’t be intimidated by the fiery color – it only had a mild spiciness that still let’s you enjoy the patty that’s made of crispy dory wrapped in bacon. 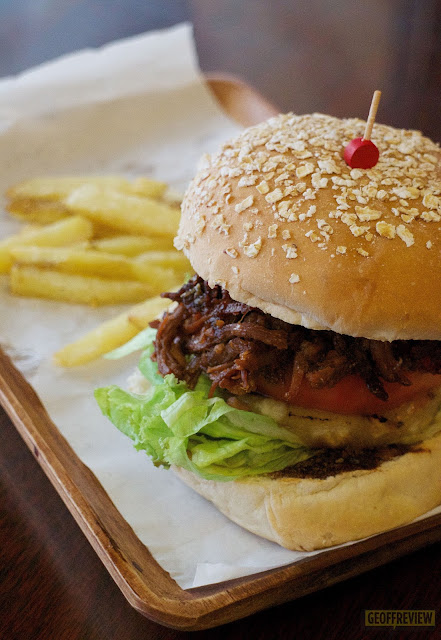 The Pulled-Pork Burger also did not disappoint. The flavorful pork strips went so well with the smoked barbecue sauce, that I was tempted to ask for kanin.

And now on to the highlight of the meal. I have been eagerly anticipating the confidential cakes which landed Quim’s Cake in Rappler, GMA News, and even BBC! 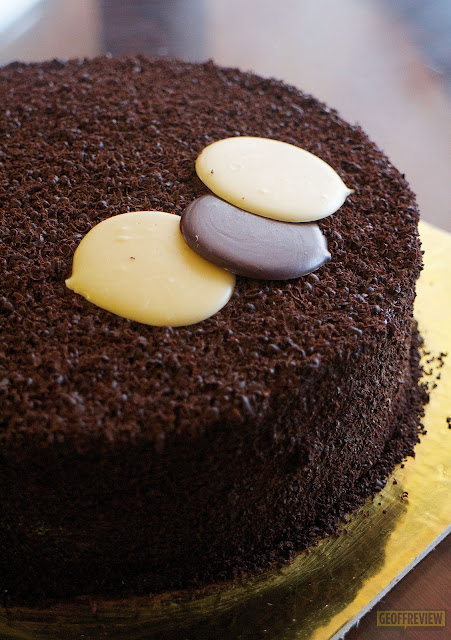 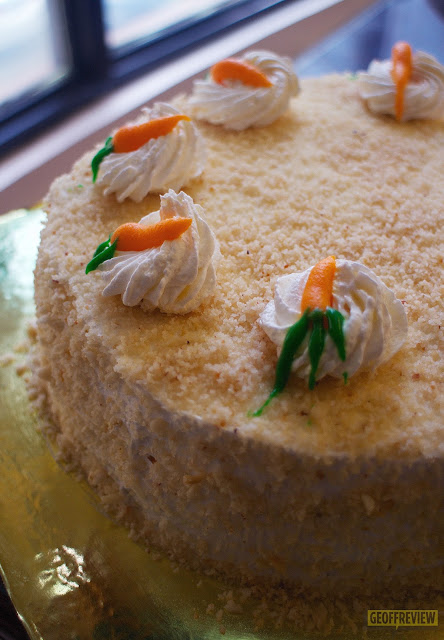 The Chocolate Moist Cake was a truly decadent treat, and definitely justified the “moist” part of its name. No wonder this easily ended up as one of the favorites. Personally though, I liked the Chunky Carrot Cake better, as it has just the right amount of sweetness to neutralize the satiation from a full meal.

If you wish to also have a taste of these cakes, worry not since as mentioned, Quim’s Cake will keep its promised and give away free 5 Million worth of cake samples. To do so, you simply have to pre-register in their Facebook page. Giving away of the free cake slices will be done in several phases, and you have to be one of the first 50 to pre-register in each phase to qualify.
If you’re one of the lucky ones, let me know what you think of the cakes, yeah?

Check out the Quim’s Cake Facebook Page for more announcements.