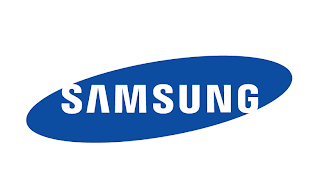 I know a few friends who have been itching to buy a new phone but were patiently waiting for the release of the Samsung Galaxy S4. If you’re like them, and asking “when is the Samsung Galaxy S4 coming out“, I have good news for you. You’ll now know until when you’ll have to wait as Samsung confirms to launch the much anticipated successor of the Galaxy S franchise on March 14, 2013.
Invitations are set to be sent out for “Samsung Upacked”, an event in New York where according to CNET, would be where the S4 will be introduced.
I’m not particularly excited about this one since I just got my Note II last year (and I’m really happy with it), and I don’t think I’m going to be changing my phone soon. What I’m looking forward to is finding out how this will tip the scales in the tough smartphone competition, and how it will put pressure on the smartphone manufacturers to be more creative in terms of innovation *cough Apple cough*.

Here are the rumoured specifications of the Galaxy S4 for you to drool over:
It is also reported that the S4 may be sporting Knox, a new security software which provides secured encryption of your data and apps. If I understood it right, Knox works like a container that’s separate from the rest of your phone, which could probably be useful when you’re trying to separate your personal files from your work-related ones. You wouldn’t want to send that file for your girlfriend to your client would you?
Let’s just cross our fingers and hope that the price is also something to be excited about.
See also

Sony Xperia XZ2 is the Perfect Partner for your next Adventure

Image credits go to the Samsung Philippines Facebook page. I do not own these images. No copyright infringement intended.