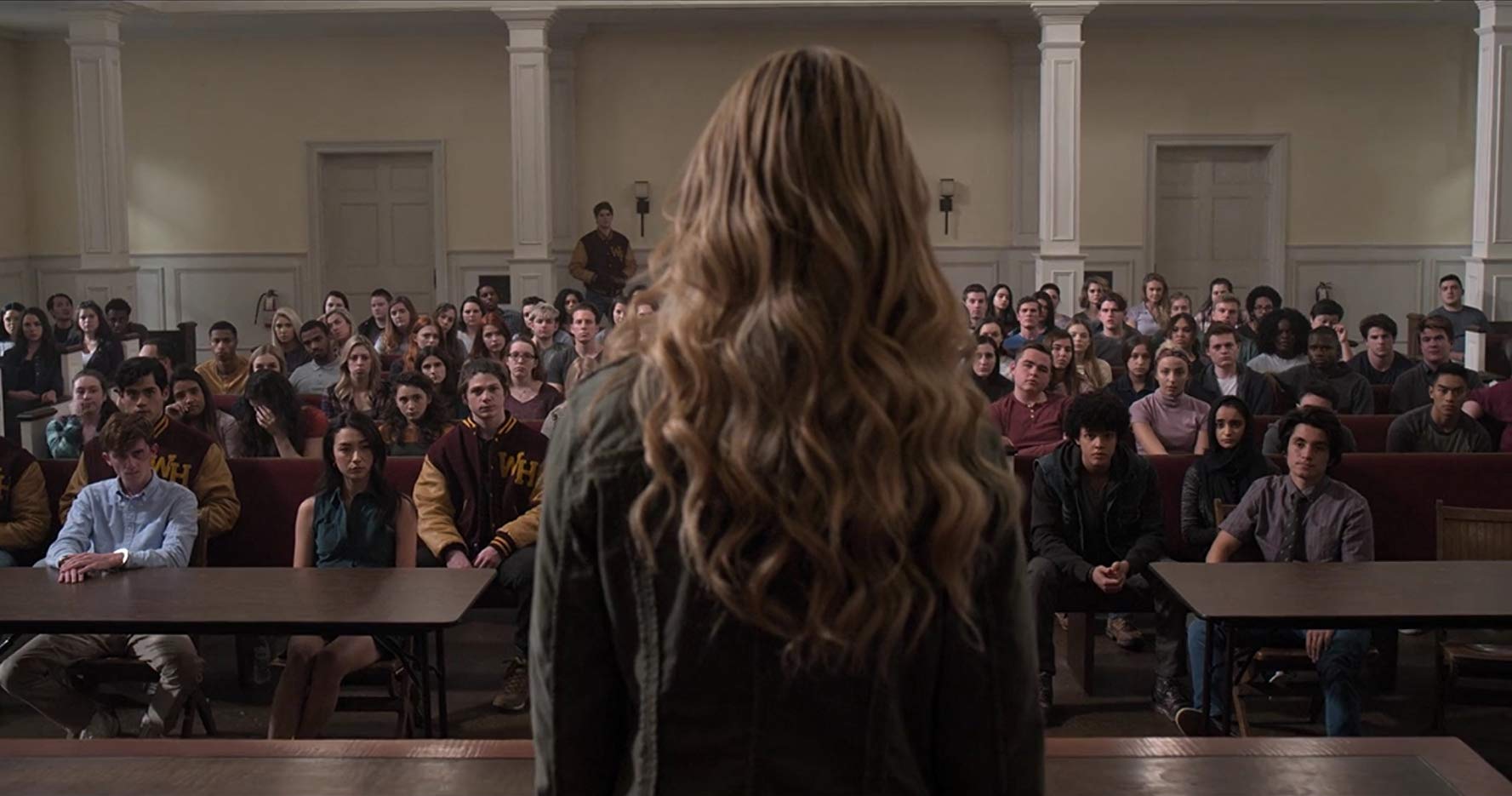 The younger generation, particularly the Millennials, have been stereotyped as lazy, entitled snowflakes. Being a part of the “iGeneration” often comes with a preconceived impression of knowing nothing but memes, Snapchat filters, or whatever’s trending on Twitter. However, it can also be argued that the older generation is also at fault why Millennials are screwed. We came into a world that’s on the verge of environmental collapse and a widening social gap. Greed is the primary currency of the society that we live in, and now the youth is struggling to create positive change in this generation.

But what if our generation gets the chance to start over? What if we could reset the world and run things the way we want, without the influences of our reality. Would we do a better job than our predecessors? Or would we turn out to be the clueless, carefree kids that we were always stereotyped to be.

Netflix’ The Society explores this kind of world. When a group of high-school teenagers leave to go on a school trip, they are mysteriously transported into a parallel dimension that looks like an exact replica of their wealthy New England town of West Ham. The difference is that their parents and all the other residents are gone, and they are literally the only humans left. The whole town is surrounded by a dense, dangerous forest. They figure that they are either cut off from the rest of the world, or they’re in an entirely new one.

As they struggle to uncover the mystery of what happened to them, where they are, and how they can get back home, they must establish an organized society to avoid chaos, having nothing but trust as the foundation. But as the long days go on, personal interests arise, and the trust that they have on one another slowly crumbles.

Netflix’ teen-oriented shows like Sex Education and 13 Reasons Why have been huge hits, and it appears that Christopher Keyser’s The Society would be the latest addition to the catalog. However, this is not your typical Riverdale teen drama. It’s best described as Lord of the Flies meets Lost, where we explore themes of power struggle, morality, fear, and democracy – pretty much a normal day in the capitalist world that we live in.

The mystery in the plot is what reels you in at first, but as you go deeper into the season, it becomes less about the supernatural themes, and more of the personal and social struggles of the characters, which to be honest is more entertaining to watch. Even the characters themselves seem to have cared less about whatever power trapped them in this doomed world, and more about who holds the power in their makeshift society. It’s interesting to see how these privileged kids are forced to take on roles in order to survive – the jocks become the guards, the religious becomes a church leader, and friends become advisors. Talk about next-level adulting.

The show is rich with characters that you will both love and hate. Most remarkable is Toby Wallace’ performance as the manipulative and scheming social outcast, Campbell Elliot. Despite knowing that he’s a psychopath, you can’t deny Campbell’s oozing charm, and there’s something about that creepy smile that makes you gravitate towards the character. Jack Mulhern’s Grizz is also one of my favorites primarily because the character has a lot of layers that we unpack as we go through the episodes. Like his character, Jack himself is also a mystery, as he has no social media footprint whatsoever, aside from his recently-created Instagram account (which fans had to petition for him to make). Kathryn Newton does a convincing performance as Allie Pressman. She did well to redeem herself in this show, coming from her one-note portrayal of Lucy in Pokemon Detective Pikachu.

I’m officially invested in The Society, and I’d even go far to say that this is probably the best teen-oriented show that Netflix has created so far. Can’t wait for Season 2!

The Society Season 1
Takeaway
The Society is not your typical Riverdale teen drama. It’s best described as Lord of the Flies meets Lost, where we explore themes of power struggle, democracy, fear, and morality. Can't wait for Season 2!
4