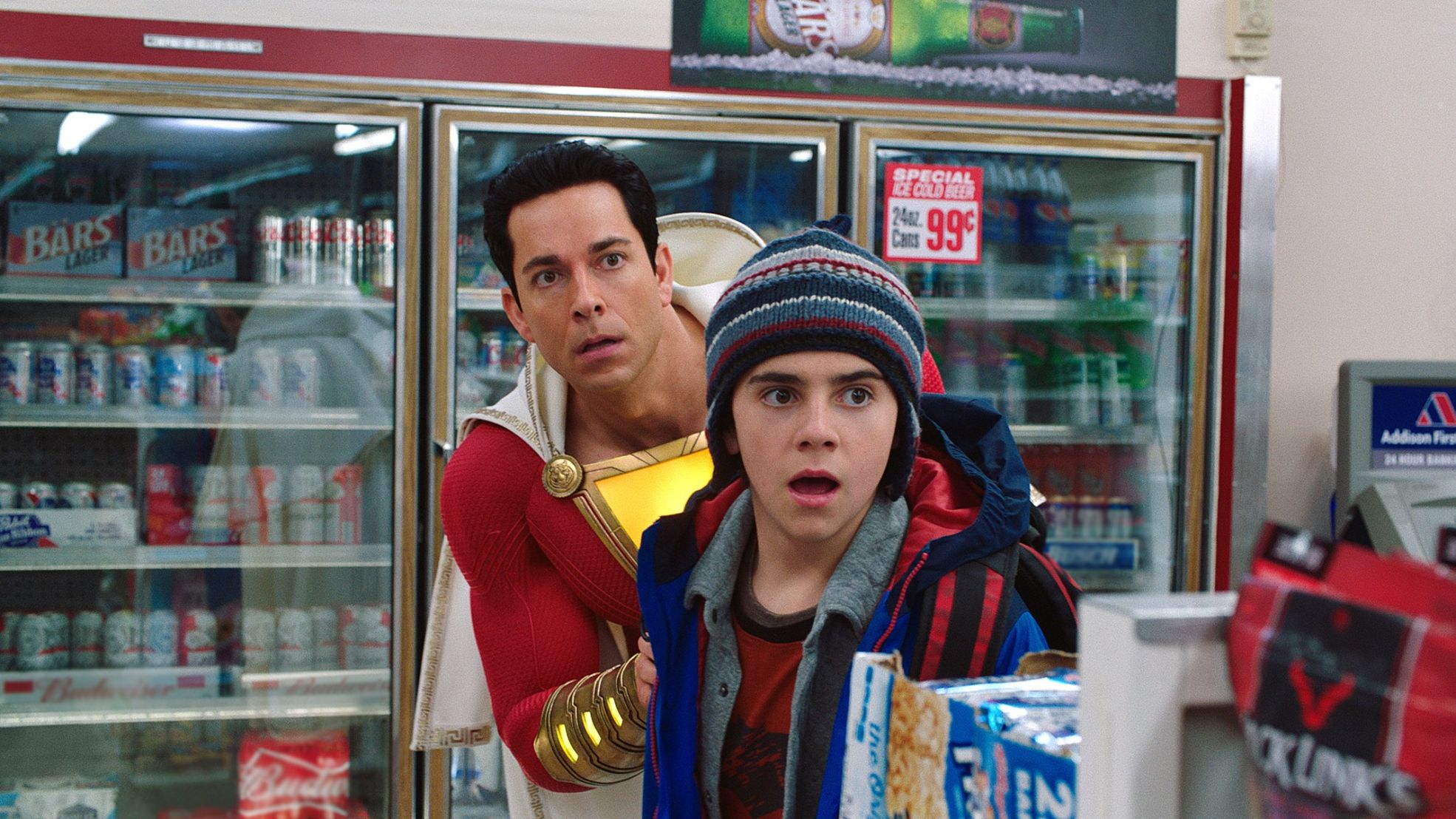 The DCEU has finally found its footing. Coming from the refreshingly fun “Aquaman”, DC has continued to amp up its humor meter with David F. Sandberg’s “Shazam!”. The film takes me back to how I used to enjoy superhero TV shows as a kid – through pure fun and action brought by classic and sometimes even campy hero VS. villain dynamics. The perfect casting, heartfelt storyline, and genuinely funny meta humor makes “Shazam!” arguably one of the most entertaining DCEU movies so far.

Taking place after the events of 2017’s “Justice League”, “Shazam!” introduces us Billy Batson (Asher Angel), a 14-year old orphan who meets an ancient wizard named Shazam (Djimon Hounsou). Shazam grants Billy magical powers, so that when he says the Wizard’s name, he transforms into an adult superhero who has the wisdom of Solomon, the strength of Hercules, the stamina of Atlas; the powers of Zeus, the courage of Achilles, and the speed of Mercury (“S.H.A.Z.A.M”. Get it?). Knowing nothing about being a superhero, Billy gets the help of his new foster brother Freddy Freeman (Jack Dylan Grazer) to figure out this “cape crusader stuff”.

Billy uses his newfound powers just as how any 14 year old would – to have some fun! However, for every superhero, there is a supervillain, and it turns out that Billy isn’t the only one who gained magical powers. Dr. Thaddeus Sivana (Mark Strong), a physicist who has been seeking Shazam’s power, has been granted the powers of the Seven Deadly Sins – ancient evils who have been trapped by the very same Wizard that Billy encountered. Now Billy must put his powers to good use and battle Dr. Sivana to save his family.

Many of the superhero films we’ve been having lately throws the audience to new worlds, unknown realms, and battles of epic proportions. “Shazam!” pulls us back into Earth and anchors on a story about how heroism can come from anyone and anywhere, even from your home. Unlike the massive world-building of recent superhero movies like “Aquaman”, “Black Panther“, or “Avengers: Infinity War”, “Shazam!’s” story is more grounded and digestible. It zooms in to the family unit as a source of defiant good-heartedness and the desire to show up for people. Billy Batson’s primary motivation for fighting evil isn’t necessarily because the world is at stake – he’s doing it because he wants to save his family – even if they’re not his own blood.

The best thing about “Shazam!” though, is how it is confident enough to make fun of itself and it’s fellow DCEU movies. It’s a delight to discover that David S. Sandberg is prolific in comedy as much as he a genius in horror. “Shazam!” is genuinely funny, and I dare say that it feels like DC’s PG-13 answer to Marvel’s Deadpool. The film understands what a bunch of teenagers would realistically do when they’re suddenly granted superhuman powers, and it’s funny because I would have probably done the same!

The occasional jabs at the Justice League is hilarious – even the animated credits sequence featuring members of the League is worth staying in your seats for a few good laughs. Zachary Levi is adorably playful as Shazam, owning the character like he really is a fourteen-year old trapped in an adult man’s body. The film’s humor worked because Levi has amazing dynamics with Jack Dylan Grazer as the adorkable and charming Freddy Freeman.

In certain scenes though, the CGI gets a bit messy, which is disappointing given the visual sorcery that DC did with James Wan’s “Aquaman”. Sadly, Shazam’s CGI brought me back to that weird Superman mustache fiasco.

Side note: I’m not saying that there will be a cameo by a certain son of Krypton but that would be super cool, don’t you think? wink wink

Oh and don’t leave your seats as the credits start rolling. “Shazam!” is pulling of an MCU here with 2 after-credits scenes. The first one appears just right after the animated post-credits, teasing a potential sequel with a another new villain. The second one is a cute gag that appears much later.