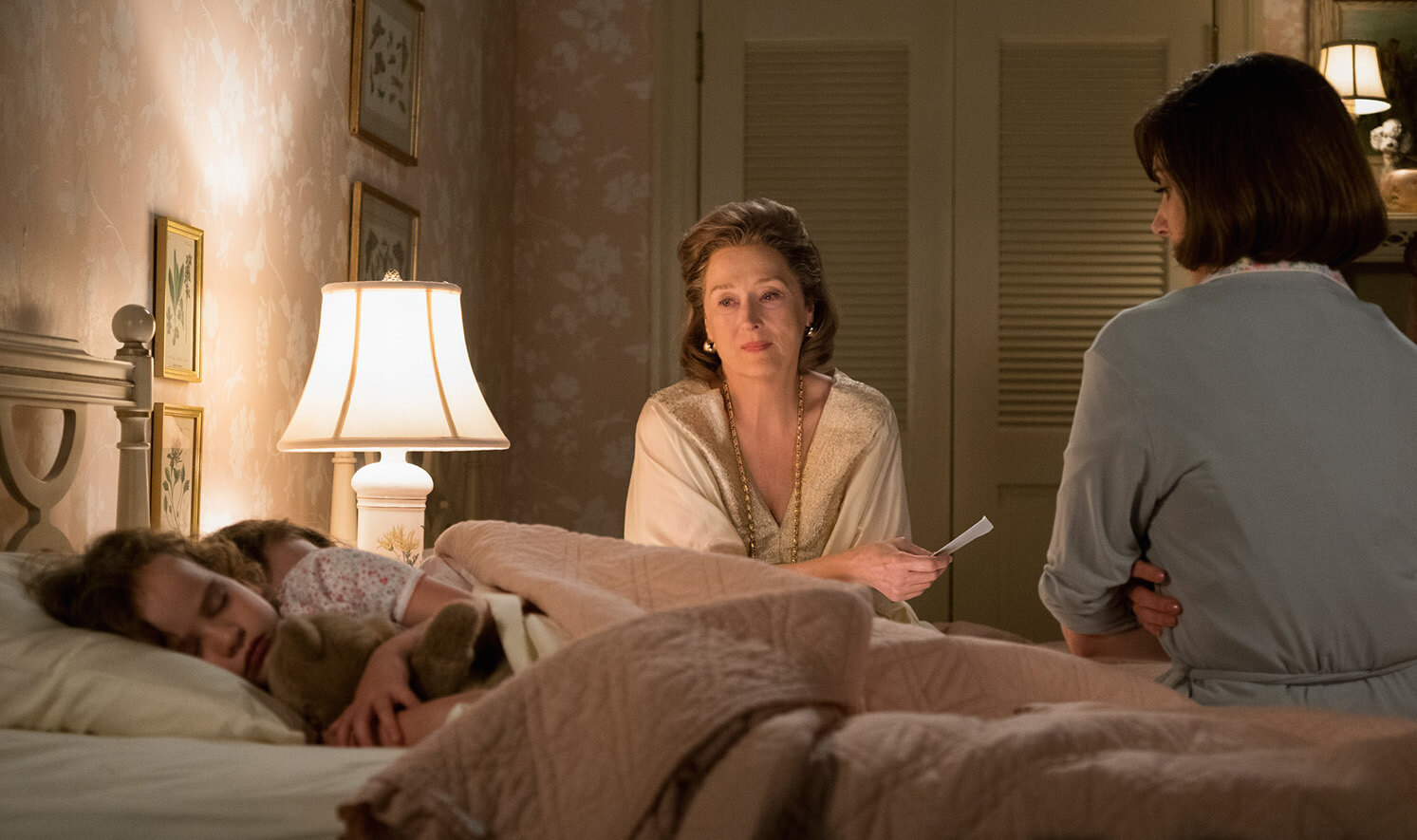 The Post Full Movie Review: Steven Spielberg’s “The Post” couldn’t have been timelier. Despite being set in the early 1970s, the events in the film are sadly still relatable and relevant today, especially with how leaders in different parts of the world are suppressing press freedom. In the Philippines, the Government revoked the license to operate of one the country’s leading news sites, which also happen to be critical of the President’s war or drugs. US President Trump has continuously called CNN, NBC, and Washington Post as “Fake News” in Twitter, all while posting his own biased and irresponsible tweets at the same time. One of my takeaways from this movie is that we haven’t really gone far in the fight to defend press freedom. If anything, we may even be in a worse position than before.

Starring Meryl Streep as The Washington Post owner and publisher Katherine Graham, and Tom Hanks as the publication’s unstoppable editor-in-chief Ben Bradlee, “The Post” takes us to the 1971 Pentagon Papers exposé, and the true story of the journalists who bravely published the documents. The Papers reveal how the US Government has been lying to the public about the Vietnam War, and the fact that the cover-up has been going on for four successive administrations. Ben gets his hands on the papers and wants to publish them, but with increased pressure from the investors and the possibility of being charged with contempt, Katherine must decide between protecting her family’s legacy, or to protect the right to publish.

While it may take some time to simmer, Steven Spielberg masterfully maneuvers the film’s storyline to make this historical drama engaging and intense. From the outset, the “The Post” takes the mold of an Oscar-winning drama, casting awards mainstays as key figures at the center of such a crucial time in history. Considering the cast, plot, and director, it feels as if this movie was put together for the purpose of winning an award. And it works! 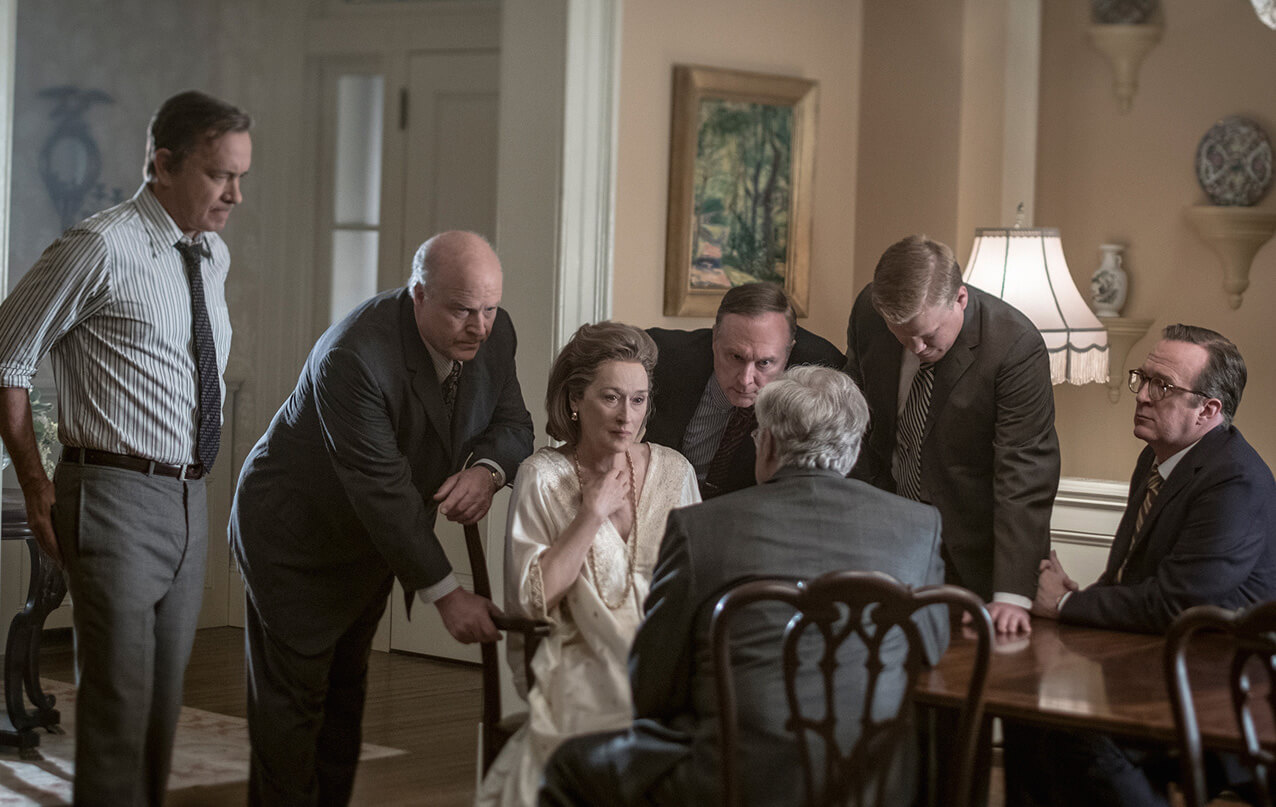 Meryl Streep shines the brightest in the film. Her performance is subtle yet moving, like she savors the weight of every word in her lines. The character she portrays, Katherine Graham, fights her own battles in living up to the legacy left by her husband. Despite being the proprietor of The Washington Post, she struggles to have her own voice in the dominantly male business, and this is where Meryl Streep’s timeless brilliance comes in. There is tension even in her silence, and there is victory felt when the character gets the courage to speak for herself. 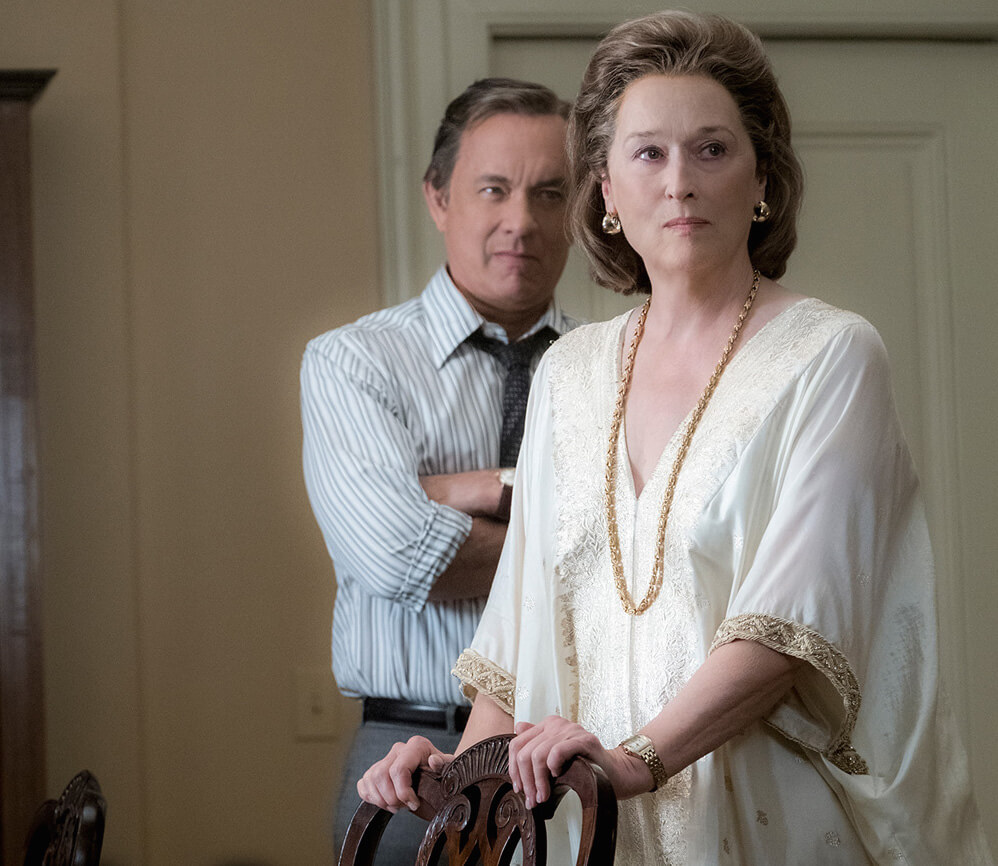 Not to be upstaged, Tom Hank’s energetic performance perfectly matches Streep’s subtlety. He emulates a brave, no-nonsense editor, who may just as well be an activist as he is a journalist. “We cannot let the administration dictate what we can and cannot print” is one of his memorable declarations in the film. In essence, he represents the struggle for press freedom itself.

At a time when world leaders are publicly discrediting and suppressing the media, “The Post” is a gentle reminder that the truth is worth taking risks for. As said in the film, the free press must fulfill its essential role to “serve the governed, not the governors”.