Magic and Music: An Into the Woods Review 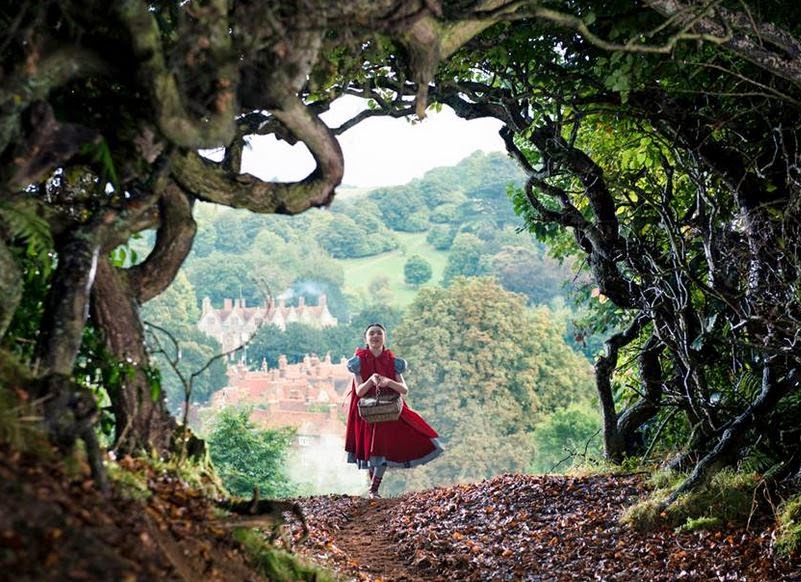 Everybody who asked me the past days if I’ve seen Into the Woods got screamed at as I yell to their faces how it’s a must-see movie. Right on the first scene and on the first song I already knew I’m going to love this film. I couldn’t even start at how catchy the songs were!
Out of all the relatively recent big screen adaptations of the fairy tales we grew up with, and the twists that the movie makers did to their plots to make them you know, a whole lot less predictable (Hansel and Gretel as witch hunters, Maleficent being a fairy, Red Riding Hood flirting with boys, etc.), Into the Woods would have to be the best one.
The whole movie is basically a creative crossover of our favorite fairytales. It makes you realize that a lot of our bedtime stories are set in the woods, and the movie plays with the idea that this may be one huge setting where our lovely characters from different stories may have met each other at some point.

Storytelling in the Screen

The film stays true to the storytelling nature of its plot – we even got a narrator recounting the events of the movie as they happen. Seeing the movie was reminiscent of being told a bedtime story and memories of flipping through the pages of my Treasury of Fairytales book immediately flashed on my mind. 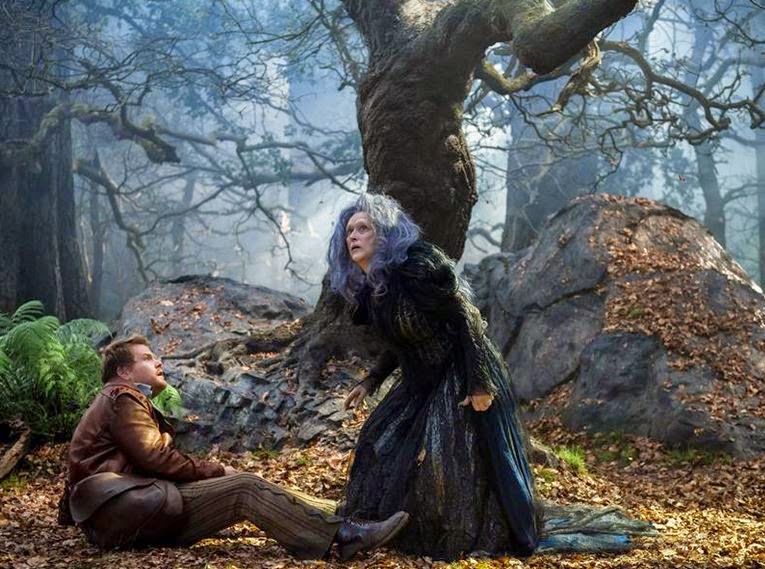 The whole thing was theatrical, and the movie felt like a stage play was unfolding in front of you. It’s easy to imagine the scenes happening on stage and yet, in spite of the seemingly artificial look of the different settings, the movie felt genuine, primarily because of the outstanding performance of the lead cast.

I’m sure more than a few people would agree with me when I say that Meryl Streep delivered the best performance in this film. It’s amazing how she transitions from being an evil witch to a loving “mother”, all while keeping the comical nature of her character. We see her appearing out of nowhere, having tantrums and yelling at the protagonists, being the crazy witch that her character was. Yet, in spite of being the bad guy, you may sympathize with her, and at some point Meryl Streep’s performance makes the witch the most lovable character in the movie. 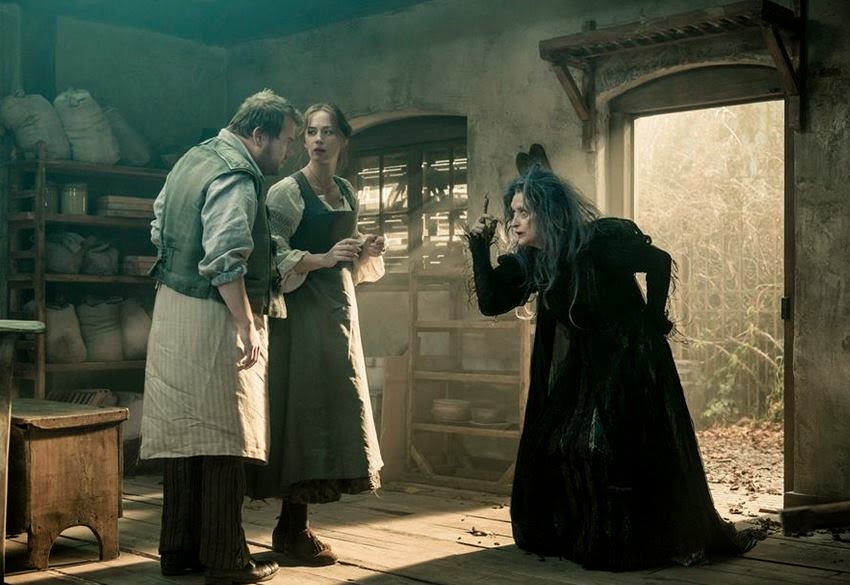 We see her demonstrate her flexibility as an actress, and while she does you wonder if anybody could have done the job better.
I’m not saying though that the rest of the powerhouse cast were upstaged. Johnny Depp for example, in spite of his brief screen time, was still memorable – especially because his character seemed to be walking a fine line between being a personification of a wolf, or being a totally different (sexual?) predator whose got a taste for young kids, luring them with sweet words and tempting treats.

Wishes in the Woods

As the central element of the movie, and the fact that the Woods give an impression that there’s more to it than meets the eye, I somehow get the feeling that its function goes beyond being just one of the settings in the story.
The film starts out with all our central characters singing about their wishes. From here, you may be able to tell that a huge chunk of the plot would be revolving around the journey towards the fulfilment of these desires, and this is where the Woods come in. It has become a means for our characters to make their wishes come true. And even though the Woods is (seemingly) not magical in itself, it feels like a different world whenever they are inside, and everyone is drawn towards it even when they try to get out. 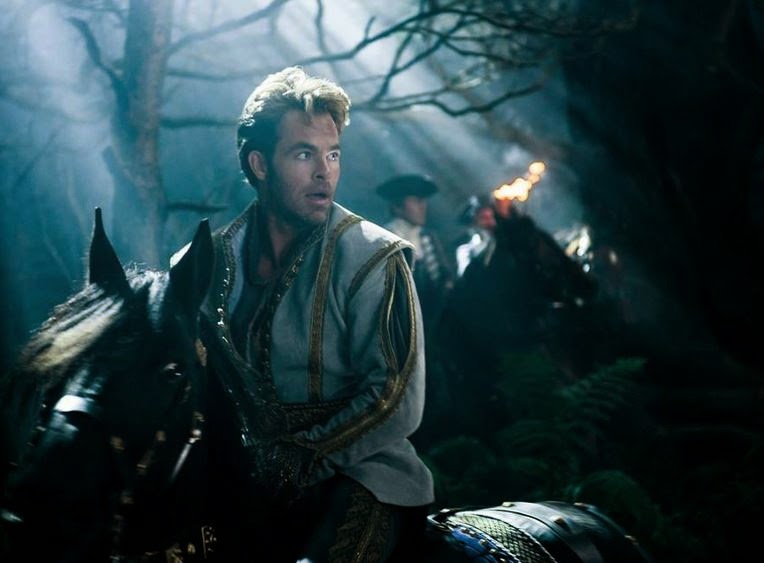 Each of our characters has their own wishes and at some point, these wishes become fulfilled in the woods, although the circumstances leading to it may not be exactly how they expected or preferred. Much more than the witch, or Cinderella’s dead mother, it is the woods that became the “fairy godmother” – an unlikely character that grants the wishes of those who are brave (or foolish?) enough to heed its calls. 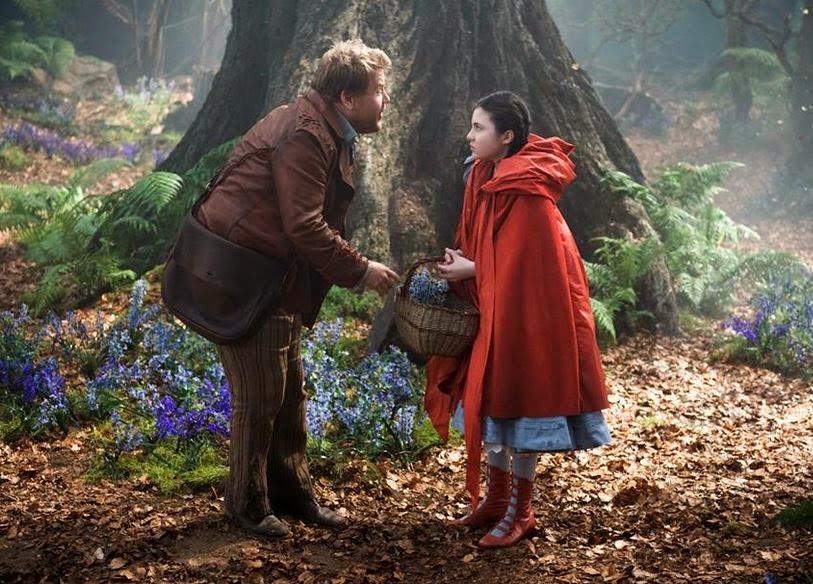 I have to give it to Disney for always hitting the right spot in tickling our sense of wonder – both for kids and kids-at-heart. Into the Woods is easily my favorite film this month, and Meryl Streep my favorite actress. I won’t feel bad about yelling at more people just to emphasize my love for it.
A special shoutout to PLDT Home FAM CAM for our free Into the Woods movie tickets. You can know more about it here.

Credits to the images, videos, and materials  used in this post go to “Into The Woods” and/or to their respective owners. .I do not own these materials. No copyright infringement intended.