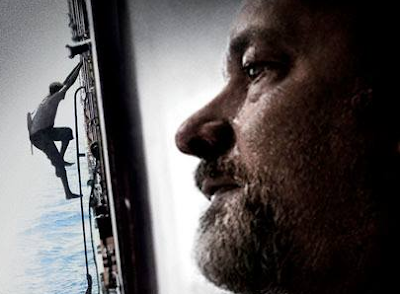 Tom Hanks alone is already enough reason to watch this film. C’mon I know you love Tom Hanks. Who doesn’t, right?
Based on true events and upon the book, “A Captain’s Duty: Somali Pirates, Navy SEALs, and Dangerous Days at Sea” by Richard Phillips with Stephan Talty, “Captain Phillips” tells us what happened to real life Captain Richard Phillips when his ship, the Maersk Alabama, was hijacked by Somali pirates. Protecting the ship was one thing, but Captain Phillips was pushed to the edge when the pirates decide to take him as hostage instead.

The movie started out well, investing as much time on the pirates as with Captain Phillips’ crew. The first part of the movie was gripping and smart, demonstrating Phillips’ leadership as the captain of Maersk Alabama as he tries to outrun the pirates who were about to hijack his ship. This part of the film was riveting and intense, and you’ll be holding on to your seats as the Maersk Alabama crew tries to outwit and defend themselves against the hijackers. 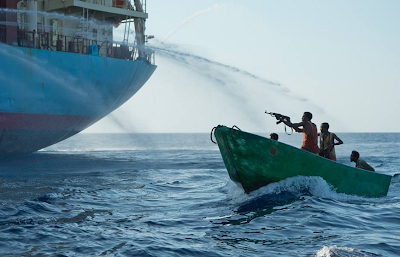 When we get to the part though where Captain Phillips is taken hostage, the focal point of the film seemed to focus less on the Captain and the Pirates’ struggle, and from then on it’s just a showcase of what America’s Navy and Seal can do. It felt like a huge show-off of America’s military, as if the movie was telling everyone else in the world that you don’t mess with the US of A. It was too much really – the way that US battleships, aircraft and Seals all rounded up a single lifeboat –  to the point where it became less believable, thus losing the magical feeling of knowing that what you’re seeing on the screen may have actually happened in real life. 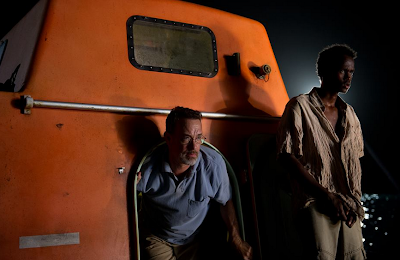 One of the best things though about the movie is that it makes you empathize with the bad guys as much as the good ones. A good amount of time was reserved for the character establishment and development of the main antagonist. The film conditions the audience to feel for the antagonist – showing  them his background, his internal conflict, his struggle with his own crew – to the point where his role as one of the bad guys becomes blurred, making it harder for you in the end to take sides and even hoping that there would be some kind of redemption for him in the end.
Speaking of the bad guys, Barkhad Abdi’s performance as the pirate leader Abduwali Muse was very notable, not because he delivered an awe-inspiring performance, but simply because he fit the part so much and he was such a natural that it’s actually not hard to believe that he’s the real deal. He was able to communicate to the audience so much about the character without even talking that much.
Tom Hanks on the other hand, was brilliant as usual. It’s already a given actually that he’d do well in his film, making it hard for me to imagine if we would be getting the same impact from the character if somebody else took on the role.
This movie though, does not go without controversy. Apparently, there have been complaints from the original crew of Maersk Alabama, about how Captain Phillips was shown as a hero in the movie, when (according to them), it’s completely different in real life. It was said that he does not really have much compassion and concern for his crew (as opposed to what was shown in the movie) and it was his recklessness in fact that had them end up in pirate waters in the first place.
Captain Phillips’ charm comes from the fact that it’s Tom Hanks at the helm, and knowing that this movie was based on true events. Although there were parts of the movie where we were given too much of some elements, the movie still turned out well – primarily because of the outstanding performances of the leads.

Credits to the images and videos used in this post go to “Captain Phillips” and/or to their respective owners. I do not own these materials. No copyright infringement intended.