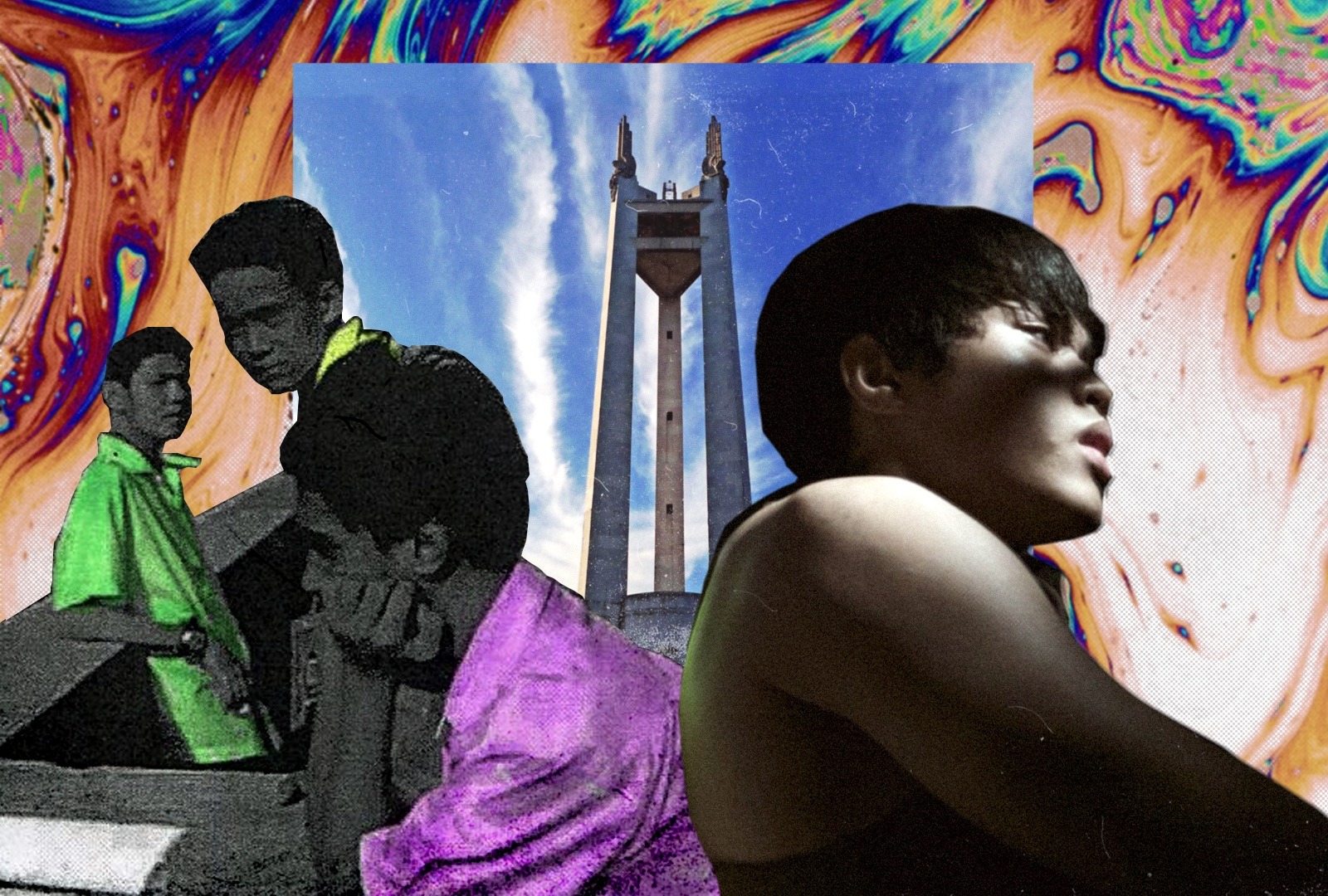 Welcome to our QCinema 2019 Festival Guide! This is your one-page overview of the QCinema International Film Festival, complete with trailers, screening schedules, event guides, ticket information, and more.

QCinema is back, baby. And if you’re like me, you’d be up on your feet, giddy like a kid on Christmas Day.

You see, the film fest season kinda is like Christmas. And each film is a gift you unwrap with wide-eyed excitement and joy.

And though it’s not S.O.P. that the festival only has three new Filipino films, it excites me that QCinema’s programming goes beyond the box. I’m curious to see where fest director Ed Lejano and the team are able to take this.

This year’s theme is “A Rising Wave”, which points to the progressive trend seen in Asian cinema, such as the many filmmaking strides we’ve seen, better queer visibility, and an increasing number of women joining the industry’s workforce.

In this festival guide, we are going over everything you need to know about what’s going down during the fest. That includes screening schedules, ticket information, event guides, and more.

This year, QCinema has two competition categories: the Asian Next Wave and QC Shorts.

Replacing the Circle Competition, the Asian Next Wave has been relaunched as the main competition category for QCinema. This year, three Filipino films will premiere alongside other Asian films. The Filipino films received PHP 1.5M each.

Here are the entries for the Asian Next Wave.

The plot tells the forbidden romance of Sister Maryam and Father Yosef, who have both promised abstinence in fulfilling their vows. When love takes over, both nun and priest have to confront their faith and emotions for one another.

Babae at Baril (The Girl and the Gun)

The protagonist is a saleslady in a local department store. Her everyday life is composed of an exhausting commute home. She deals with the manager who always seems to have something to say about her physical state; her co-worker, Ted who is obviously interested in her but can’t take a hint; and from the catcallers near where she lives. When she finally gets home, there’s no one there but her roommate who couldn’t care less about her. All that is about to change when she reaches the gate to her boarding house and finds a peculiar looking gun right on her doorstep. Suddenly, she can do anything she wants, talk back to whoever she wants, and even hurt anyone she wants.

Cleaners is a coming-of-age anthology film about high school classroom cleaners for the school year 2007-2008. Set in the backdrop of a Catholic school in Tuguegarao City, the characters deal with different pressures of being clean, proper and pure while slowly discovering that the world is dirty and superficial to begin with. The different stories range from the taboo of shitting in school to navigating local political dynasties.

In the colorful underworld of Kuala Lumpur crime, Tai Lo likes to keep things low-key — from the taxi he drives to the extortion ring he runs. When Sai Lo, his wild card younger brother, unleashes a trail of destruction that involves everyone from the triads to the cops, Tai Lo goes for broke to pull of this one last heist.

Lieutenant Raiza Umali was assigned to a team protecting a mysterious businessman in hiding. When they subdue his attackers, a New People’s Army squad, she finds out one of its leaders, Ka Lai, resembles her.

Raiza learns they are protecting General Rapatan, an officer in hiding for the murder of activists. She questions her superiors, at the same time doubting her past. A DNA test shows Raiza and Lai are siblings. Her superior think of a mission to have Raiza switch places to infiltrate the NPA. But Raiza makes a choice with fatal consequences.

After being away from home for five years, Aoey comes back to Nakorn Sawan with her family after the recent death of a loved one.

That morning, she boards the same boat along the river with her family, her father, her old friend, herself, and even her past. They traversed Pak Nam Po, the river in the city, to send her mother’s remains to the afterlife– the heaven, they say. Until the end of the day, fiction and documentary drift along the river endlessly.

Some ground subsidence has occurred in a suburban area and a team of engineers, including Hao, is dispatched to investigate the cause. After days of wandering around in the empty suburb looking for answers and carrying his heavy gear, Hao walks into a primary school where he finds a diary chronicling the story of a boy and the separation of what seems to be an intimate group. As the investigation keeps going, Hao discovers that this diary might contain prophecies about his own life.

Directed by: Mattie Do
(Laos)

When an old man learns that the girl’s spirit, which he befriended as a child, can take him back to the months before his mother’s death, he trespasses into his own past to correct his mistakes. As her condition worsens, the old man sets in motion a final plan to convince his younger self to poison his mother in order to preempt her painful death. But he is unaware of the dire consequences his actions will have on the future.

This year’s QC Shorts is comprised of six Filipino short films. Each film has been granted a PHP 200,000 budget. Here are this year’s QCShorts entries.

In Excuse Me Miss, Miss, Miss, Sonny Calvento tells the story of a salesgirl who discovers the ultimate secret to regularization.

Years after mining operations began, a once rugged and undisturbed town changed drastically. Koi, a fresh graduate in his early 20s, returns home with a left ear infection after more than two years of being away. Koi accompanies his mother Tonet in waiting for the former’s father, both of them clueless as to whether he could make it home alive after an accident in the extraction tunnel.

101-year old pious and pragmatic Lola Perla uses her 100,000-peso government reward for centenaries for one last chance at love.

Set in the early 2000s, Judy Free tells the story of Judy, a young girl whose reality is intruded when her father, an overseas Filipino worker, suddenly comes home as an animated doodle figure after years of being away.

In the midst of a global epidemic that causes a delay of sight from sound, a retiring hitman must honor one last mission: eliminate the city’s biggest supplier of “spid”, a potent drug that synchs one’s senses.

As Limmayug carries firewood back to his home village, something falls from the sky: a 1950s television, with a hysterical showbiz star trapped inside it. She is Laura Blancaflor. The frightened man saves the television — nay, saves Laura — from the flames of the impact. Worlds apart in their language and methods, the two try their best to engage each other. But for Limmayug, a citizen of an off-the-grid mountain town, Laura’s TV talk seems too contrived and, alas, during commercial breaks, uncontrollably tactless as well.

In addition to competing films, QCinema is also hosting special screenings for films across the globe. They are sorted per category below.

This year’s DocQC has six films in total. Three of the documentaries are from Filipino filmmakers, who each have received a grant of PHP 500,000. While the other three are works from filmmakers from all over the world.

Here are the entries:

A is for Agustin

In a remote mountainous region of the northern Philippines, an illiterate indigenous man decides to go back to school. With the goal of making a better life for himself, 40-year old Agustin starts learning his ABCs.

For My Alien Friend

A lone stranger broadcasts fragments of life he has experienced from different time and space, hoping to make a connection and communicate with other beings of life. Like a time capsule, the documentary contains artifacts of the first Filipinos, a family, a political upheaval, and the existence/non-existence of God.

Kabul, City in the Wind

A city is an orchestration of its inhabitants. The film portraits the city Kabul through daily details of two kids and a bus driver, set against the background of a city destroyed by politics and religious powers.

Spring by the Sea

A film student visits her family and parents who are Overseas Filipino Workers in Yanbu Saudi Arabia—where she used to live for 8 years. The film shows how the filmmaker accept her situation when time, space, memory, the self, family and home are in a state of flux.

Four older Sudanese filmmakers with passion for film battle to bring cinema-going back to Sudan, not without resistance. Their ‘Sudanese Film Club’ have decided to revive an old cinema, and again draw attention to Sudanese film history.

The Future Cries Beneath Our Soil

Surrounded by the surreal landscape of Quang Tri province, four men live their lives inseparably from each other. The rhythm of their everyday lives is defined by moments of togetherness in a house with no doors where they all come to drink, smoke, play guitar and sing songs about love and the revolution of the past.

Opening QCinema 2019 is Sigrid Adrea P. Bernardo’s UnTrue, a he-said-she-said thriller following a couple with a dark, complicated past. Anthony Chen’s Wet Season, meanwhile, will close out the festival.

Candies and Crossbows: A Hansel and Gretel: Witch Hunters Review

Watch the trailers for the films below.

In the Screen International category, awarded titles from Cannes and Berlin will receive their Philippine premieres.

The entries for this category are:

Watch the trailers for Screen International films below:

The Special Screenings section will showcase riveting imports from a wide cast of festivals and international movie scene.

The entries are listed as follows:

Watch the trailers below:

QCinema 2019 debuts a whole new category called New Horizons. Here, the festival offers up a platform for debut films or second features from around the world. It aims to explore a range of genres as well.

Here are its entries:

Watch the trailers for New Horizons entries below.

RainbowQC—QCinema’s section dedicated to promoting LGBTQIA+ visibility and representation—is back. This year’s entries come from all over, such as:

Watch the trailers for RainbowQC entries below.

As part of the centennial celebration of Philippine Cinema, QCinema hosts two new categories this year: Centennial and Viva Classics.

QCinema will have screenings of:

Watch trailers for the above movies here:

In addition to Centennial Classics, QCinema will also present Viva Classics, a new section presented in recognition of Vicente del Rosario Jr.’s contributions to Philippine cinema as one of the founding figures of Viva Entertainment. He is also to receive a Special Life Achievement Award.

Here are the screenings under Viva Classics:

Check out the trailers for movies screened under Viva Classics:

The official screening schedules for QCinema 2019 has yet to release. Rest assured we’ll update this article once information becomes available.

What we do know are the venues of the screenings. As has been the S.O.P. in previous years, QCinema has partnered with cinemas all over Quezon City. This year, the list of cinemas include:

There’s no word yet regarding the pricing for tickets, but it’s safe to assume that it will be around the ballpark of last year’s, which is around PHP 200.

It has been confirmed that festival passes will be available, too. Last year’s passes were priced at PHP 1,5000 for 10 screenings.

We will update this article once new information comes up. You may also refer to the QCinema website for more details.