MMFF 2017 Haunted Forest Review: Being the only horror film entry in this year’s Metro Manila Film Festival, Ian Lorenos’ “Haunted Forest” has the advantage of catering to a certain niche of moviegoers. With this would naturally come the expectation to rake in millions of earnings, and yet all that Regal Films could offer us in this film is a hodgepodge of Pinoy horror movie tropes and devices, awkwardly assembled to come up with something that technically falls within the horror genre, but is nowhere near scary.

Watching Haunted Forest feels like listening to a poorly prepared sales pitch. There was no active effort in mapping out a cohesive and sound storyline but rather, we were offered a Frankenstein monster of tropes stitched together for the sake of having the film pass as horror. Sadly, the plot isn’t cohesive, and events happen conveniently, accentuating the silliness of the confusing premise.

The characters are cardboard cutouts whose sole purpose is to usher the story from point A to point B. Several arcs were established but not developed, like how the resolution in the complicated father-daughter relationship of Aris (Raymart Santiago) and Nica (Jane Oineza) was conveniently rushed. The dynamics between Aris and Nardo (Joey Marquez) didn’t work out either, primarily because their arc has been abruptly cut. There’s also a teen romance going on which frankly, only works because of Jameson Blake’s dimples, and Maris Racal’s charm. The film asks you to invest in several scattered elements, but leaves you hanging in each one. 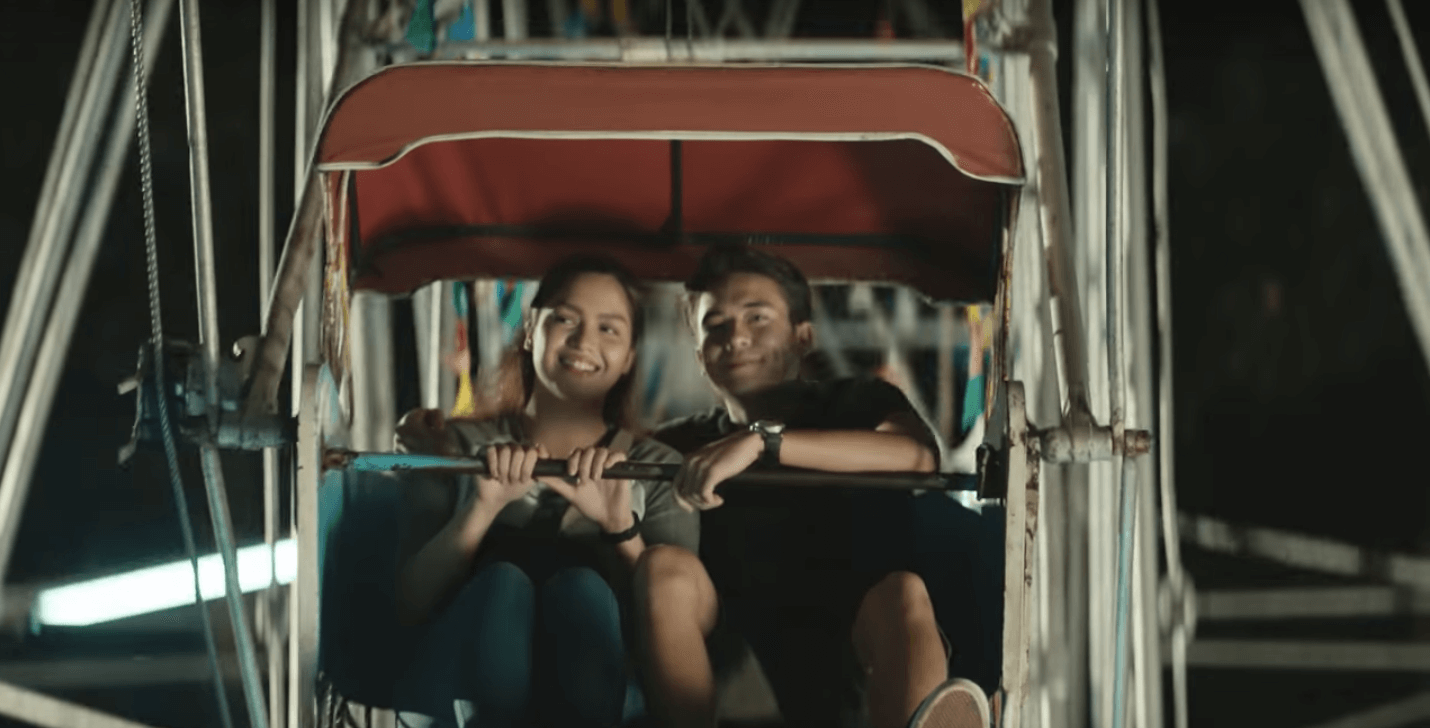 The idea of the Sitsit as an evil elemental that takes young women as its victims would have had so much potential. The Sitsit tries to get the attention of its victims through “paninitsit” (hence the name). If only the story was more creative in utilizing this uniqueness, we could have had an iconic cinematic monster along the lines of the Halimaw sa Banga, Tiyanaks, and Manananggals. Sadly, making the Sitsit a plot device with no motivation or reason wasted all this potential. It’s just plain evil for the sake of having something evil in the movie.

Technicalities, which should have been basic were also messy. I don’t know if it’s because of the cinema we watched it in, but the sound was muddled and unimaginative. It feels like the filmmakers just pooled sound effects from a certain library and overused it in the movie. And don’t even get us started with the inconsistent color grading.

Haunted Forest exists on the same plane as Pwera Usog and Bloody Crayons – films that technically can be categorized as horror, but don’t really make an effort to be good ones. At least Badly Crayons was so bad it was fun and its story was consistent. Haunted Forest is just downright silly and all over the place.