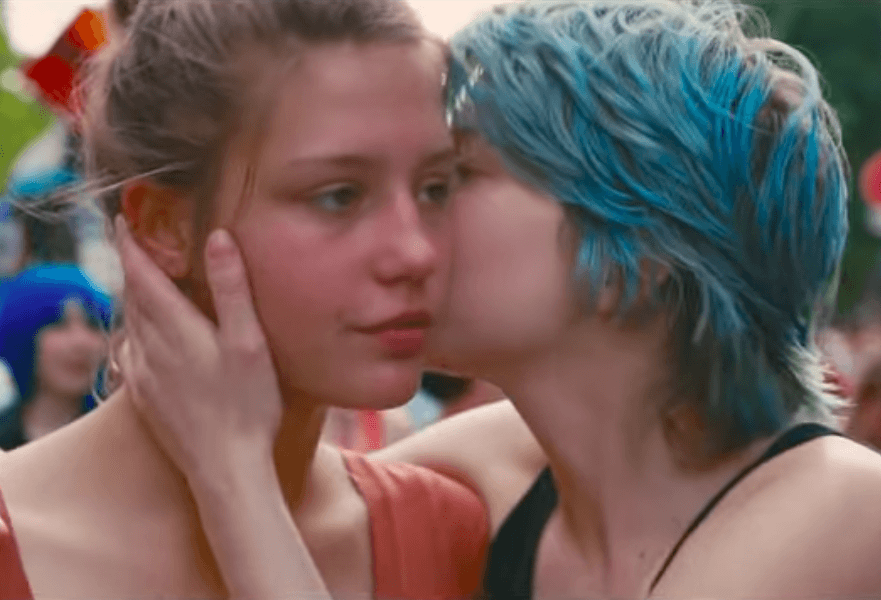 In this continuation of our list, we honor the international Queer Cinema that inspired both local and international cinema’s queer filmmakers and also the state of the LGBTQIA+++ community around the world.

The times have been both kind and unkind to the LGBTQIA++ Community. While majority of the imperial States have legalized same sex marriage, Russia continues enforcement of its anti-gay policies. Taiwan broke records as the first Asian country to embrace same-sex marriage in its government. A few miles away, an Indonesian province went viral because of its public shaming of two homosexual partners. The Philippines was named among the most gay-friendly countries in the world, and while its Communist party is known for its revolutionary marriages of all sexes, the Duterte administration stood firm in its stand of rejection as both the Church and a Civil Code hold as evidence to the “sin” that is homosexual union.

In the long run, it is not just about marriage but visibility and acceptance. Of normalizing what was centuries long considered as a taboo. The community has long reserved itself into hiding – relying on private underground parties and meetings, and in public exhibiting coded signals and innuendo. Beginning with the Stonewall Riots of the 1960s, the community has asserted itself and thanks to almost 5 decades of its neverending battle, LGBTQIA+++ rights are finally considered as human rights.

When gay icon Judy Garland sang “somewhere over the rainbow way up high”, birds flew over an ideal world that was projected on a screen. The community relied on representation in the most popular of art forms still beloved by the masses – the cinema. Vito Russo’s THE CELLULOID CLOSET (1995) documented the coded homosexual undertones of Classical Hollywood, especially with film noir and women’s pictures. But the documentary also signaled the most important era of queer filmmaking – the New Queer Cinema.

The New Queer Cinema of the 1990s to the 2000s was a monumental kickstarter of a spectacular number of queer images that defied standards, offed the conservatives and have continually sparked conversation. From the independent scene came Todd Haynes’ POISON and Gregg Araki’s MYSTERIOUS SKIN, while documentaries tackled black and Latino gays and transsexuals in Jennie Livingston’s PARIS IS BURNING and Marlon Riggs’ TONGUES UNTIED. Then-emerging Hollywood import Ang Lee directed the transnational THE WEDDING BANQUET and the hit BROKEBACK MOUNTAIN as veterans Jonathan Demme tackled HIV/AIDS in PHILADELPHIA and Mike Nichols adapted THE BIRDCAGE from the hit Broadway stageplay. From across the globe came Apichatpong Weerasethakul’s TROPICAL MALADY, and in Europe Bruce LaBruce did HUSTLER WHITE and RASPBERRY REICH. This exciting production of films came flourishing from every direction, country, genre, whether feature length or short form. Film festivals soon took notice, as Cannes Film Festival created the “Queer Palm” award along with the Berlinale’s “Teddy Award”. The not-so-surprising number of queer filmmakers also inspired the mounting of LGBT film festivals around the world.

The struggle lingers on, and while the LGBTQIA+++ establishes itself among the movements of race, class and cultural identity, the current state of queer struggle proves that the fight for LGBTQIA+++ rights will never be separate from its socio-political background, and this list (in no particular order) shall serve as the community’s own time capsules of a continuing progressive struggle for freedom and equality. – Gio Potes

Madonna’s hit song “Vogue” was like a storm of uplifting gayness that helped usher a decade of new understanding towards the homosexual urbanites of New York. But voguing really began as an underground movement of Latino and black gay men and their witty attempts of white appropriation. That gay Madonna moment eclipsed Livingston’s PARIS IS BURNING, a remarkable documentary that featured the ball craze of the New York underground where queens established reading, shading and yes voguing to project a diva off that symbolized their aspirations of being accepted.

That’s just the tip of the iceberg in this collage of spectacular accounts around a dying subculture that undoubtedly gave birth to the commercial ventures of RuPaul, while also working as a throwback to the many gay idols that helped establish this short-lived empire right before its ritual was blown up by American pop culture. (Gio Potes)

Undoubtedly, one of the most well-known gay-themed movies of its decade, Ang Lee presents the deeply emotional, yet to some degree also frustrating, relationship between two gay men. Set in the 1960s, we follow Ennis (Heath Ledger) and Jack (Jake Gyllenhaal), who develop a romantic relationship after being hired together to herd sheep in the Wyoming mountains.

Praised by many critics, Brokeback Mountain is notable for the remarkable performances of Ledger and Gyllenhaal, whose charisma and talent breathed life into the complexity of the main characters. It is a story that is both devastatingly sad, yet beautiful and revealing at the same time. (Geoff Ledesma)

In Moonlight, we follow the story of Chiron, an African-American man, across three different stages of his life (each stage is played by different actors). In each stage – childhood, adolescence, and adulthood – audiences follow as Chiron tries to survive, find love, and come to terms with his queer sexuality.

The Handmaiden is a thriller-erotica masterclass you end up liking so much you wish you had watched it sooner. The cinematography is breath-taking, alternating between wide, panning, and overhead shots of lush forests colored in the plumage of spring, and sudden close-ups of dilating eyes, twitching moustaches, and arcane bourgeois possessions like nooses and snake sculptures that convey the absurd excesses of human behavior.

The plot centers on the relationship between Lady Hideko (Min-hee Kim), heir to a fortune, and Sook-hee (Tae-ri Kim), a professional thief who becomes the Lady’s personal aide. In the first part, Sook-hee secretly conspires with the fake Count Fujiwara (Jung Woo-ha) to steal the Lady’s fortune by persuading her to marry the count, who then plans on throwing the Lady into a madhouse and splitting his fortune with Sook-hee. However, as parts two and three reveal, the Lady has hatched her own plan to use Sook-hee to escape her sadistic uncle who raised her for the purpose of reading pornographic books that he sells to other rich Japanese men in annexed Korea. (Kyle Cruz)

Initial promotions for the Love of Siam suggested it was a coming-of-age movie with boys discovering “young love” with female counterparts. Smooth move from marketing, but it was unnecessary to hide it. The movie displayed maturity in handling the topic of family, friendship, sexuality at a young age, friendship, and acceptance. It made Mario Maurer a household name, even in overseas countries.

The Love of Siam is about childhood friends, Tong (Mario Maurer) and Mew (Witwisit Hiranyawongkul), after a long separation, was able to meet again. Burdened by their own family problems, they suffer life’s unexpected turns, and realizing that they see each other as more than friends. (Celine Rojas)

“Lesbians and Gays Support the Miners!” Where else will you ever hear a chant like that? A common cause brings two worlds together as two groups (LGBT and the Miners) had trouble having their voices heard by the government. Pride is based on a true story of the LGBT community in the UK who raised money for those affected by the miner’s strike in the 80’s. Things don’t go smoothly as some small town citizens are not comfortable with being associated with the LGBT. More hostility starts with an epidemic on the rise.

Pride presents political and social issues directly, but with genuine laughs that leaves audiences with compassion towards their neighbors. Everyone might be equal after all. (Celine Rojas)

Blue is the Warmest Color opens with a school setting – a scene that foreshadows the uncertainties of how a woman identifies herself. As their analysis of a novel continues on, the plot and ending identify themselves – discovery and regret.

Adele felt their was something missing in her life. She starts questioning her sexuality when she fantasizes about the girl with the blue hair, Emma. Both got into a relationship with each other despite many obstacles. The color blue represents Emma as a symbol of exploration and warmth, but it ends with blue referring to somberness. Most of the time, there’s no happy ending with young love, but Blue is the Warmest Color gave spotlight on lesbian relationships and their struggles. (Celine Rojas)

Hate crimes know no gender. In 1993, one trans man was abused and murdered for being who he is.

“Boys Don’t Cry,” a directorial debut film for Kimberly Peirce, is based on the life of Brandon Teena (Hillary Swank), who was born as a woman named Teena Brandon and chose to live a life of a young man. The drama film shows a raw and unabashed portrayal of Brandon, who was savoring his new-found freedom of being a trans man, until his life was put to an end.

“Boys Don’t Cry” is both beautiful and painful. It leaves you feeling devastated for someone’s fate was determined by members of society who refuse to accept people for who they are. (Jona Atienza)

40 years ago, the state of California elected its first openly gay man to public office. His name was Harvey Milk.

In Gus Van Sant’s, “Milk,” Sean Penn played the role of the charismatic and resolute gay political activist, fighting for equality for the gay community in 1970 America. Penn’s remarkable portrayal of Harvey Milk won him an Academy Award for Best Actor.

The biopic is empowering, as much as it is inspiring. It is a story of hope foretold – not only for the gay community, but for any individual fighting for his right in this world. (Jona Atienza)

Well first of all, Carol, while only available in selected cinemas, was released in mainstream with A-lister actors such as Cate Blanchett and Rooney Mara bringing the film to life. It was not meant to be consumed by lesbians alone but the general audiences. The male characters were depicted as secondary parts in the story as a direct opposition to heteronormative plots.

What makes it good is that it ended happily, a rare conclusion for lesbian films and lesbian storylines depicted on television.And for a film that was set in the 50s it did not shy away from showing sex scenes but careful enough not to cater for the male gaze. The lesbian characters were unapologetic in who they are, as delivered in Rooney’s charater who then was just coming in to terms with her sexuality.

The only conflict related to their sexualities was brought about by external factors and deviated from the usual inner turmoil and stages of confusion confronting homosexual women. It is a romantic film that tries to normalize the viewer that even lesbians are no different from anyone falling in love. Precisely, the kind of stories we are missing in the movie industry. (Justin Macata)

The films mentioned above are the shortlisted entries from the recommendations of the whole Geoffreview team. For your reference, below are all of our film recommendations, including the ones that didn’t make it to the Top 10.