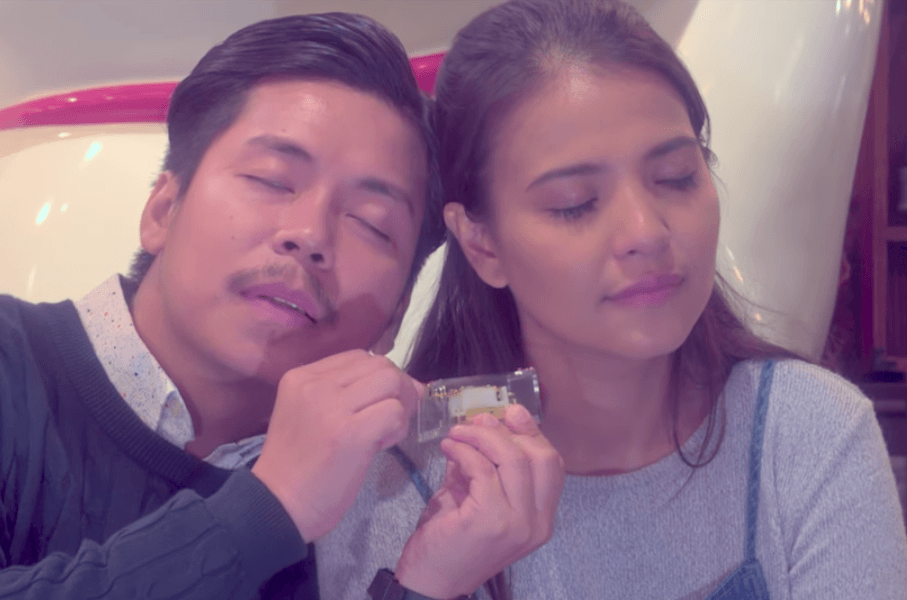 Watch: KITA KITA Full Movie Review (Kita Kita Online Review): Some things aren’t for the bitter heart, and KITA KITA is child’s play in the heels of local cinema’s more matured romantic comedies and dramas. If it weren’t for the onscreen chemistry, comedic timing and the combined strength of its performances, KITA KITA may have fallen to silly teen-oriented fare. Nothing new – you just delve into the almost impossible premise of a blind girl living in a rarely seen Japanese setting.

But at first, it definitely didn’t seem like it at all. Its engaging introduction of a working Filipina in a foreign country sets up what could’ve been a heartfelt OFW story, or a romantic dramedy at par with Sofia Coppola’s LOST IN TRANSLATION. Instead we are led to an incoherent, predictable and silly romantic comedy that’ll probably be stuff of memes at least, or a welcome entrance onto the higher echelons of the industry at most. With its quirky quality bordering to silliness, and its “Count 1-10” Monologues attributed to the spoken word poetry scene, KITA KITA is the latest contribution to the “hugot” circle. No doubt that Sapporo will be a new Pinoy tourist destination in a way that its distant “hugot” sister THAT THING CALLED TADHANA boosted Sagada. The beauty of the shots in Sapporo should be attributed to the stylishly appealing design of Thesa Tang, whose colors and arrangements make every frame worth a screencap to remember.

There’s already buzz on KITA KITA’s unsettling treatment of stalker culture, and too little said about its too-convenient extended reveal wedging the first and second half as individual episodes for the two leads to shine. The filmmakers can do so much as to avoid a whole big chunk of time in revealing what it cleverly disguised, but it rather chose not to – perhaps they remembered they were making a feature-length film after all.

Should You See Avengers Infinity War in IMAX 3D?

All of the film’s faults would have glared if it weren’t for the worthy onscreen players Alessandra De Rossi and Empoy Marquez. Particularly the latter, whose improvisations with De Rossi are warm digressions from the contrived narrative. In their unconventional pairing, the cheesiness of the story and dialogue allowed them to comfortably play around the hilarious sequences while also delivering bittersweet moments of loneliness at the end of each montage. The film works best in the scenes of De Rossi as a convincing temporarily-blind woman, and the spontaneity of Empoy Marquez’s performance whose stalking antics would soon unravel a man looking for connection (a “Kabayan”) to share the joys of being in an overwhelmingly radiant and quirky city.