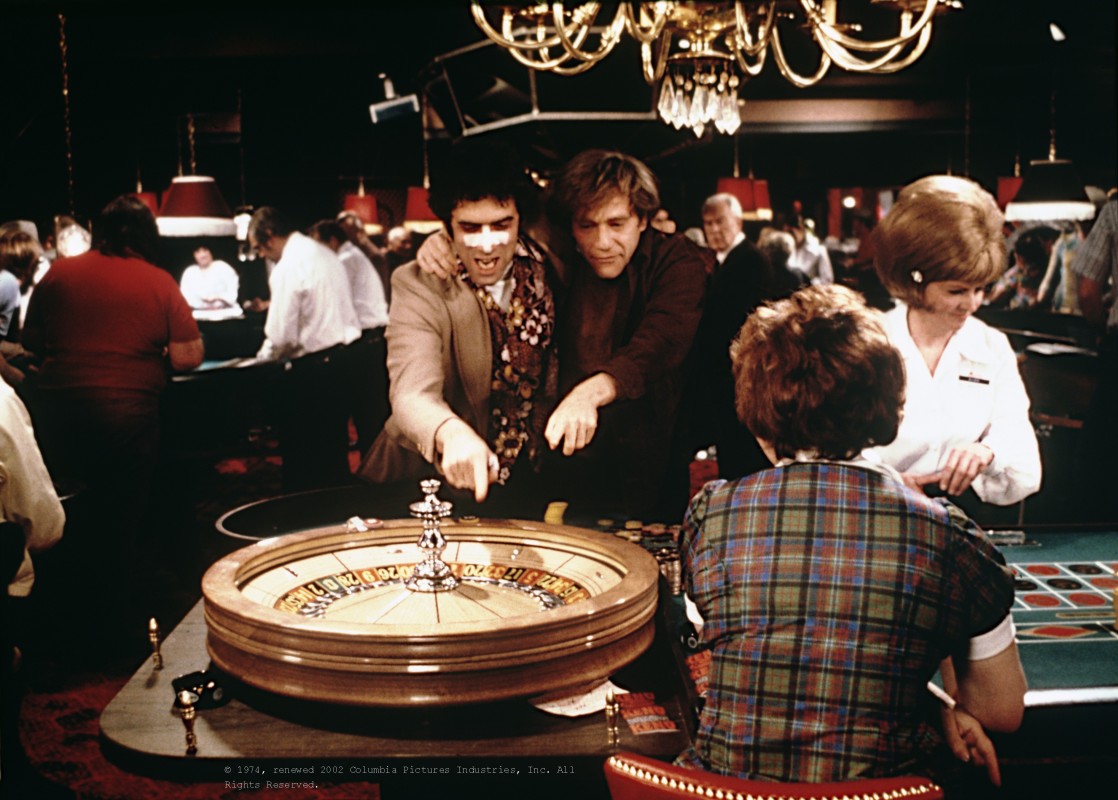 Of all the casino games that are featured in movies, roulette wheels appear to be the most popular and it’s not surprising, considering millions of people play it every day. It’s one of the few games that requires little skill as a lot of it is down to luck, and it’s also an easy game to pick-up, too (if you think lady luck is on your side, you can play the roulette here: https://casino.betfair.com/c/roulette). In this article, we listed down four of the best movies to have featured roulette wheels.

In the iconic scene, Rick (played by Humphrey Bogart) enters the room at the back of the café, where a roulette table is present. The table is fixed and as the owner of the café, Rick knows that 22 features more than any other number. Jan is at the table and is despondent, as he’s down to his final chips, but needs the money to flee from Casablanca to America, via Lisbon. Rick asks Jan if he’s tried 22 tonight; Jan puts his last three chips on 22; the croupier spins the wheel and he’s a winner.

Jan and his wife Annina, who had come to Casablanca from Bulgaria managed to summon the money for their exit visas and it was all thanks to the great game of roulette.

Casinos and gambling are often featured in James Bond films, after all, author Ian Fleming was a keen gambler and even devised a roulette strategy. Although in the novels, 007 was a very successful roulette player, in the film franchise, his table game of choice appears to be baccarat.

However, in Diamonds are Forever, Bond finds himself in a Las Vegas casino and cannot resist the lure of the roulette wheel. Betting on number 17, the hero (played by Sean Connery) wins big, before moving on to the craps table.

Funnily enough, just a couple of years later, Connery frequented an Italian casino and placed a straight-up wager on 17 on the roulette table. Even though his first two bets didn’t come in, the third did – so he tried again with another two spins, both of which were successful. Understandably, he then called it a day.

California Split focuses solely on gambling and the main two characters Bill and Charlie (played by George Segal and Elliott Gould) bond after being accused of forming a collusion in a poker game. From here, they stick together and win more together, playing poker, craps and roulette. Charlie is an experienced gambler, while Bill isn’t as committed and has a job of his own during the day. After winning $82,000, the players split their earnings and eventually Bill explains he’s quitting, having felt so apathetic and the two go their separate ways.

With a title like Croupier, you’d expect to see a scene or two at a casino with the roulette table a prominent feature, and you’d be right. The film stars Clive Owen, who is an amateur writer but struggles to finish his book, so instead decides to make his living as a casino croupier. Owen’s character experiences the highs and lows of the industry and the film is from his perspective, as he goes in search of material to write about.

Did we miss anything in our list? Let us know in the comments below! In the meantime, try your luck on this roulette game.