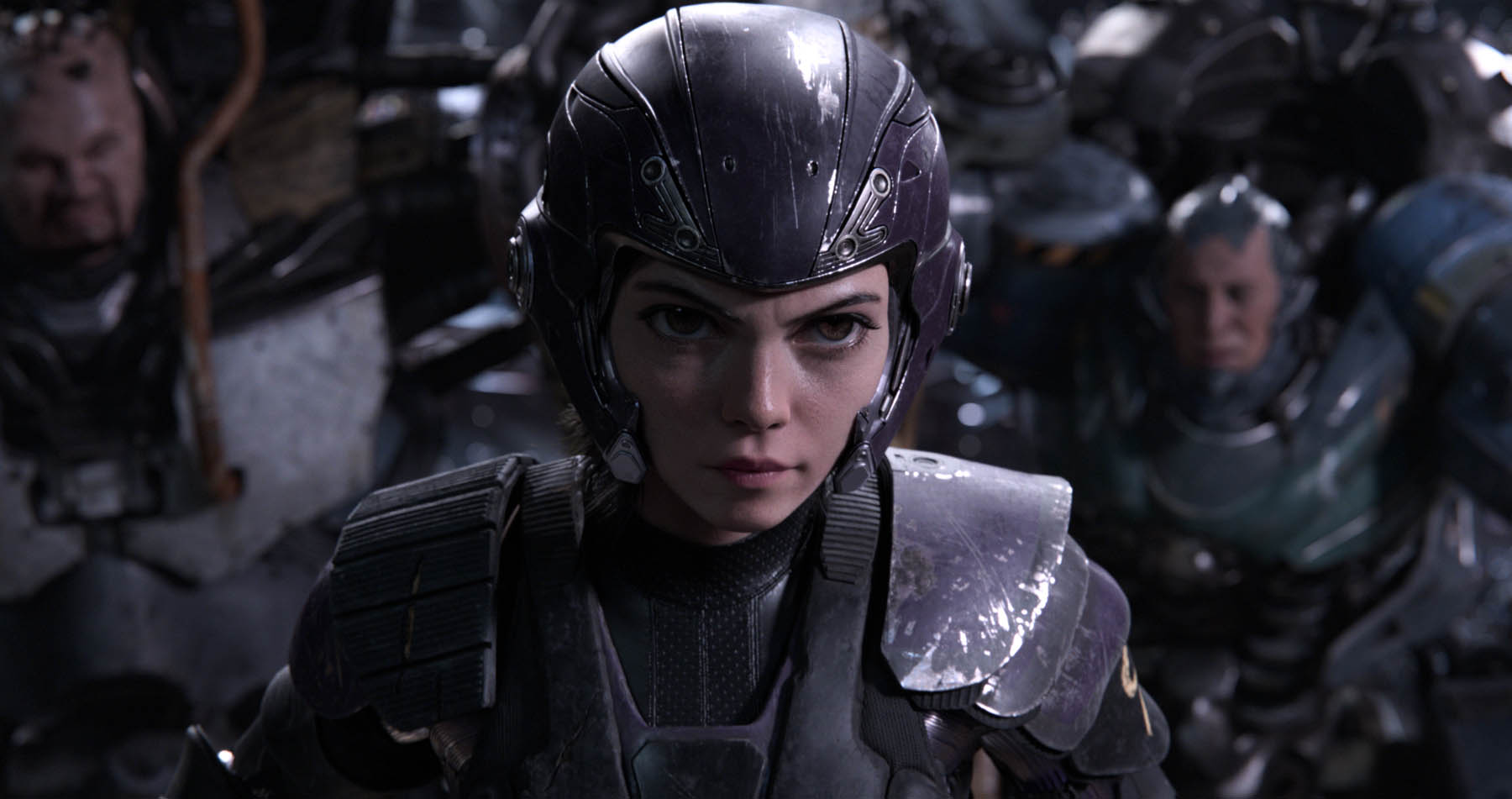 Robert Rodriguez’ “Alita: Battle Angel” is a spectacular visual adventure, offering lifelike CGI and gripping action set against an immersive, steampunk dystopia. Just a few minutes into the film and my eyes widened like Alita’s own anime eyes, pulling me into this fully realized world that fits somewhere between “Ghost in the Shell” and “Ready Player One”.

|| Related: Does “Alita: Battle Angel” Have a Post-Credits Scene?

Based on Yukito Kishiro’s manga “Battle Angel Alita”, Robert Rodriguez “Alita: Battle Angel” takes us to a dystopian, post-war Earth, where the world’s upper-class is literally above everyone else, looking down from the floating city of Zalem. Those who are on the surface must make a living out of the garbage that Zalem disposes down to Iron City. When cyborg scientist Dr. Dyson Ido (Christoph Waltz) is scavenging at Iron City’s junkyard, he discovers the frame of a mechanoid young woman with an intact human brain. Dr. Ido repairs the cyborg and calls her Alita (Rosa Salazar), committed to protecting her and becoming her father figure.

Alita has no memory of who she was or how the world around her works. She meets a teenage boy named Hugo (Keaan Johnson) who teaches her the realities of the new world, and helps her remember past. When Alita finally discovers her true purpose, she realizes that she’s one of a kind, and that she may be the only one who can bring back the balance to their unjust society.

Robert Rodriguez and James Cameron have done masterful work with the film’s CGI. Most notable is Alita’s hyper-realistic features that tread on uncanny valley territory. Alita looks expressive enough to blend well with the human characters, yet artificial enough to remind you that she’s a cyborg after all. The incredible world-building is immersive, as if you’re discovering this new world through Alita’s own eyes.

The gripping action is also a visual treat. The fighting sequences between the cyborgs and the intense “Motorball” games would keep you holding on to your seats, although I say I probably enjoyed those scenes more because of IMAX’ large screen. Some fighting scenes though can get pretty violent for the kids – we get to see heads get smashed into walls, a disembodied torso punches someone through the eye, and a baddie gets crushed mercilessly by a grinder. Think less “Astro Boy” but more “Ghost in the Shell”.

But the film is not all visual spectacle. It also offers a heart that beats with family drama, romance, and a bit of vengeance. The movie lures you in with the fancy visuals, but it’s really the emotional weight that keeps you wanting more.