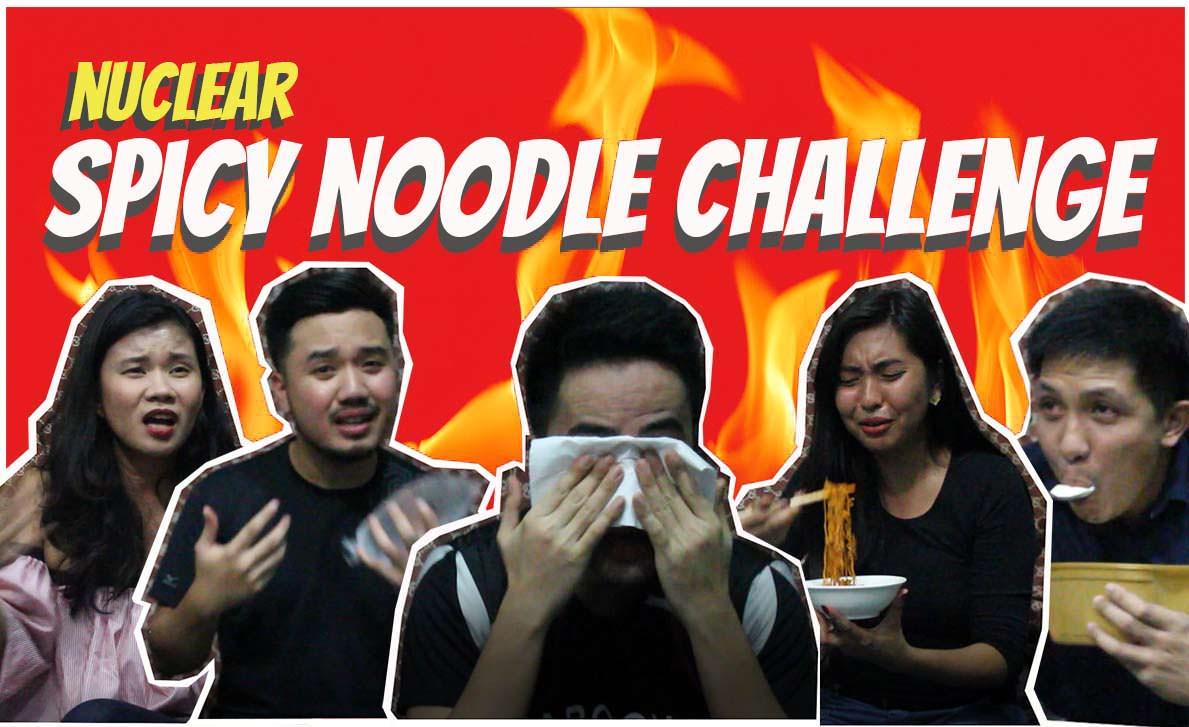 Korean Spicy Noodle Challenge Philippines: We’ve been seeing a lot of these Nuclear Fire Noodle Challenges online lately, and so we got curious about how hot these infamous Korean spicy noodles really are. We did a bit of research and apparently, these noodles that have become viral lately are made by Samyang Food, a well-know food manufacturer in Korea.

The Fire Noodle Challenge first became popular with the Buldak Bokkeum Myeon variety (the black one), where people would document themselves doing a challenge to finish one whole pack of the Fire Noodles within the shortest time. However, Samyang now has a spicy noodle variety that’s 2x the spiciness of the Buldak Bookeum Myeon. I present to you, the Samyang 2x Spicy Haek Buldak Bokkeummyun, also known as Nuclear Chicken Spicy Noodles.

Where to Buy Korean Spicy Noodle

We made our own version of the Fire Spicy Noodle Challenge, since a lot of Youtubers and online personalities have already done the challenge as well. Our version would be similar to Chubby Bunny. Only this time, we eat the Samyang 2x Spicy Noodles instead of marshmallows. And instead of “Chubby Bunny”, we would say a tongue twister. Trust me, it’s easier said than done! Check out the video above to see how it went.

When I first had a taste of the Samyang 2x Nuclear Spicy Noodles, I thought that’s tolerable and something that I can handle. However, a few moments after it touches my taste buds, the spiciness would start kicking in, and escalated to a level of heat I HAVE NEVER experienced before. It stings from my tongue, down through my throat, and even up through my nostrils. Don’t make the same mistake as I did where a lot of the hot sauce ended up on my lips. My lips started burning so hot and so red, Snow White would be shookt. 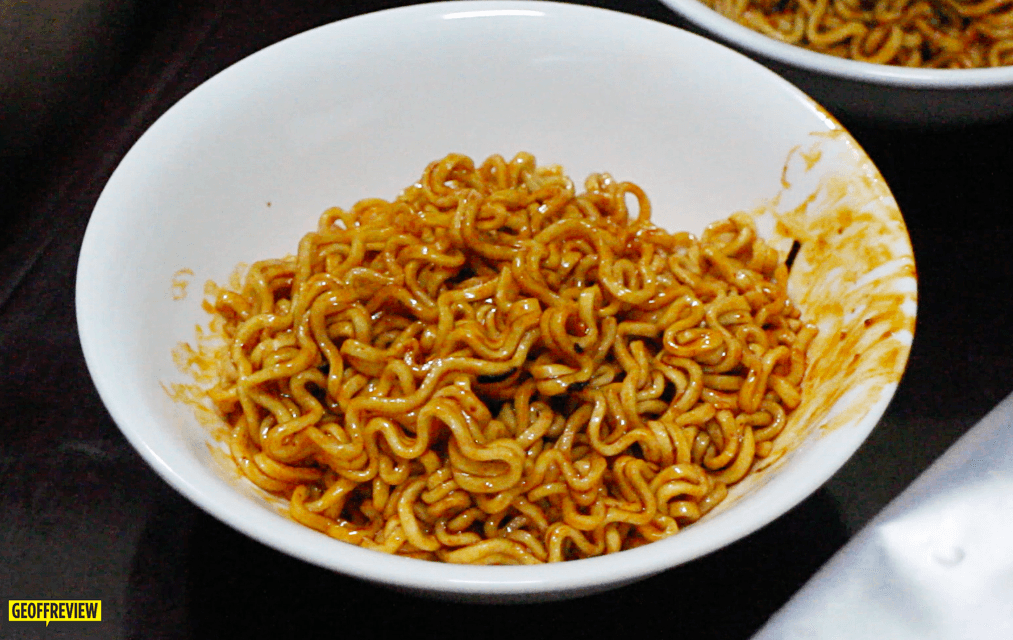 Needless to say, I failed the Samyang Korean Spicy Noodle Challenge Philippines. Damn those noodles are so hot, I wondered why they even bothered to put chicken flavor on it, when your taste buds go all numb from the heat!

I have learned from a few friends who have also taken the Samyang 2x Korean Spicy Noodle Challenge, that the trick for you to be able to enjoy the noodles, is to have a glass of milk by your side, and drinking after every slurp on the noodles. In our case, we had vanilla ice cream prepared, and it works wonders on the heat. For the sake of the challenge though, we only ate the ice cream after the Spicy Noodles Challenge is over, or if somebody gives up.

Would I ever take the Korean Spicy Noodle Challenge Philippines again? Maybe not. I’d stick to my Lucky Me Sweet and Spicy Pansit Canton, thank you!