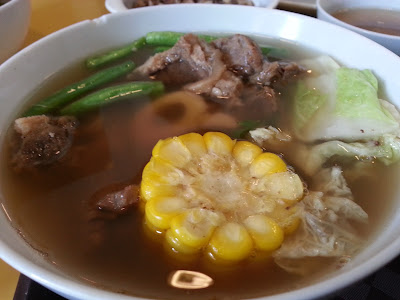 In case you haven’t checked out my previous posts yet, my friends and I went on a food trip and explored the foodie heaven that is Maginhawa Street at Teacher’s Village, Quezon City. Our first stop was Jek’s Ku-bo: Bulalo at Ulo-ulo for our lunch. Ku-bo is pretty new actually, it has just opened some time on May last year (2012) and since then, I have always wanted to try it as I always pass by the place on my way to our apartment on Teacher’s VIllage. For a place that claims to serve the best Bulalo in Quezon City, this should be good, right? 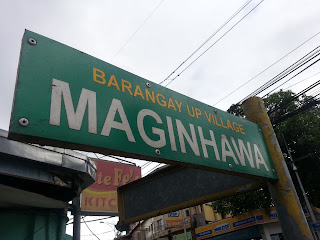 A LITTLE TRIVIA: Wonder why there’s a dash in the restaurant’s name, “Ku-bo”? It doesn’t really stand for the Nipa Hut that we know here in the Philippines (come to think of it, the place doesn’t even look like a Kubo). It’s a play of the name “Kuya Boy” who, together with Jek, put up the said food establishment. Wonder how I knew about this? Our orders were taken by Jek’s daughter herself. Wasn’t able to take a picture of her though. 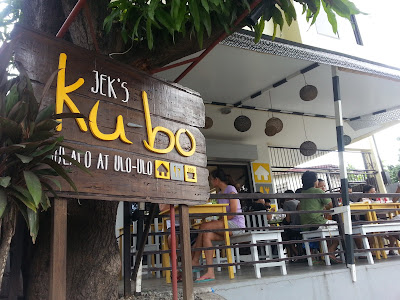 From the establishment’s name itself, you can already tell that their specialty is Bulalo (Php 135.00) and Ulo-ulo(Php 120.00), so that’s what we ordered. I’m telling you, you’ve got to try these specialties. I especially loved the Bulalo. I haven’t had a good one for a long time and it was a good thing that I had it again here at Ku-bo. The meat is soft, the soup tasty, and the veggies are crunchy! This time when I crave for Bulalo, Ku-bo will be the one to pop into my mind. 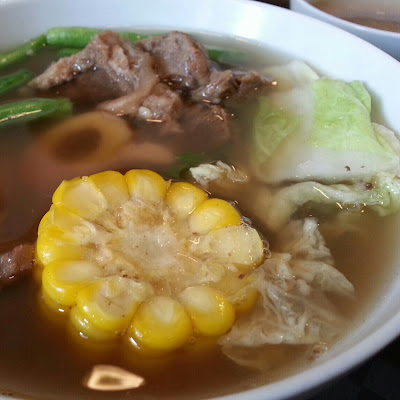 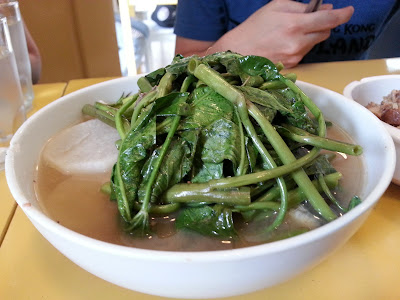 The serving is generous too. One order of Bulalo can be good for two people, but one person won’t really have a hard time finishing one order on his own. There’s corn and veggies, just like how Bulalo should be, unlike some others I’ve tried before that’s nothing but meat and soup. The Ulo-ulo may not be enough for two people though as only half of the pink salmon’s head is served. 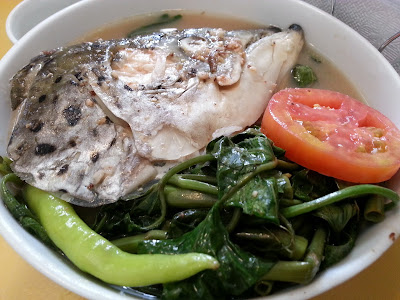 Other than the Bulalo and Ulo-ulo, their other must-trys are the sisigand fish fillet. We tried the sisig since we already had beef and fish. It was good, but it would’ve been better if it was served to us sizzling.
See also 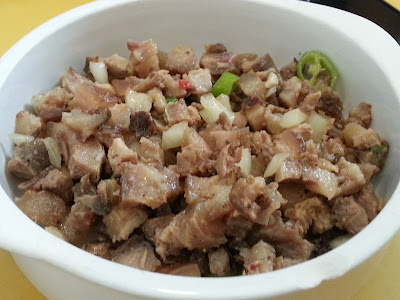 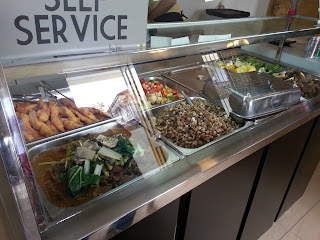 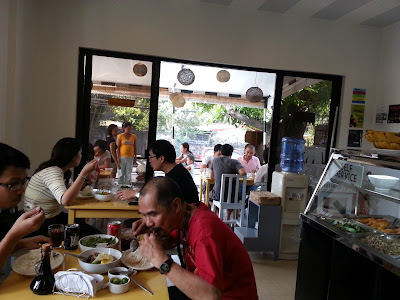 The place was bright and fresh. It’s open-air and somehow it gives me the feeling that I’m having my lunch at Tagaytay. Imagine a high-end carinderia. It’s not big actually, just enough to cater to around a dozen tables. More reason why you should be there early. 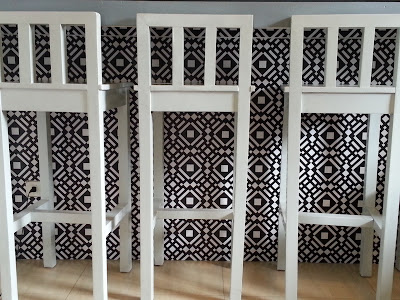