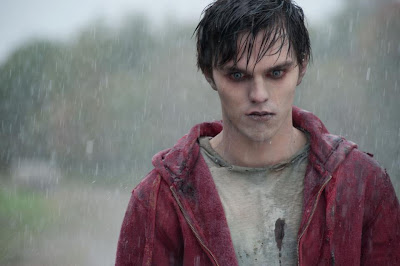 I actually rolled my eyes several times when I watched this film.
Please let me explain why I watched it in the first place.  When I first knew about Warm Bodies some time last year, I thought that this should be one of the lamest ideas for a movie. A zombie-human love story? This has got to be the worst (and most stupid) case of necrophilia and Stockholm syndrome there is. As if falling in love with vampires and werewolves weren’t enough. The writers probably thought, “Okay, zombies are in. And falling in love with predators is in. So let’s create a zombie love story!” The Heck.
But when I watched the trailer, the movie felt like a fun parody so I considered seeing it. Think of Zombieland and  Kick Ass, something to that effect. Unfortunately though, I should have trusted my first instinct.
Based on Isaac Marion’s novel of the same name, Warm Bodies is a story of R (Nicholas Hoult), a zombie who apparently still had the capacity to think and feel. R becomes attracted to Julie Grigio (Teresa Palmer) when he ate the brains of her boyfriend and gained his memories. R and Julie’s so called “relationship” eventually triggers something in the rest of zombie population which seems to cure them and bring them back to life. The Bonies however, zombies who have already lost all traces of humanity in them, cannot be cured and are now after the living human population and the rest of the zombies who have started having heartbeats. The humans and the good zombies now then team together against the Bonies aaaand I’m going to stop spoiling you and not tell you the ending.
I guess I didn’t like the movie because it ignored almost all forms of logic that I know of. I know we have a lot of bizarre movies out there which are actually good, but my head aches whenever I try to make sense out of this one. Okay, maybe getting attracted to a zombie can still pass if you push it hard enough, but please, a talking, thinking, driving, and at some point, horny zombie? I’m not buying it. And the idea of zombies coming back as humans doesn’t go well with me either. What about the zombie’s punctured lungs? The dried up organs? Surely, that should be considered when you’re thinking of going back to life right?
See also

To be fair with Nicholas Hoult, he played his part well. Sure, he’s not like one of those zombies in The Walking Dead, but he is able to make you believe that he is a zombie, and that he is in love at the same time. And let’s give him credit for accepting one of the most unflattering roles there are. Teresa Palmer however, failed to deliver. Her acting is as lame as her character and the whole movie’s script. 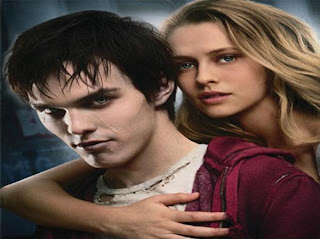 Warm Bodies would have worked out a whole lot better if it was showcased more of a comedy than a love story. Sure, there were more than a few funny and giggly parts, but focus was still on the love story of R and Julie (which is a reference to Romeo and Juliet by the way). If you would think of it as a parody of the whole zombie craze going on, it would have probably scored better in the enjoyment meter. I’m not sure if zombie fans would love it because of its fresh take on zombies, but personally I think the movie was blasphemy to the whole zombie apocalypse genre.
Well, at least this is the first zombie film I’ve seen that actually says there is still hope for the dead, so I’ll give them credit for that.
Image credits to the Warm Bodies Facebook pages. Image of Bonies credits goes to turntherightcorner.com. I do not own these images. No copyright infringement intended.