Why All the Hate?: A Batman V Superman: Dawn of Justice Review

Critics and regular viewers are divided about Batman V Superman. As of writing, critics gave the film a 29% rating on Rotten Tomatoes, slamming it for “thematic carelessness”, “a jumbled storyline”, and “exaggerated visual effects”. Regular moviegoers on the other hand, gave a more positive feedback, with a 73% rating on the same review aggregator site. I guess I really am more of a regular moviegoer than a critic, because I’m with the general audience on this one. 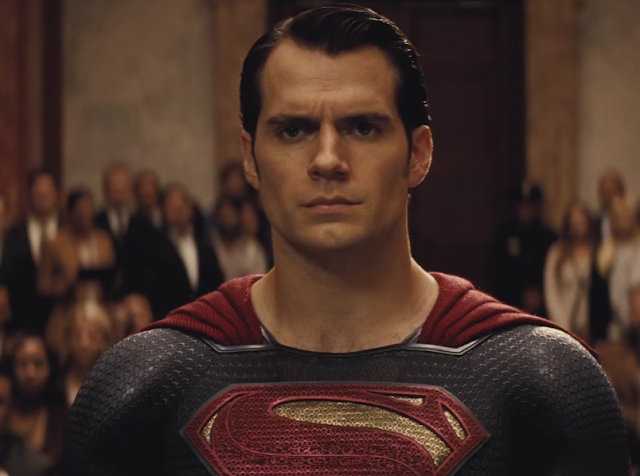 Batman V Superman brings us to a post – Man of Steel universe, where Superman (Cavill) has been glorified as a god and feared as a Kryptonian at the same time. With Superman struggling with the laws and morals set by his foster planet, Batman (Affleck) sees him as a potential threat to humanity and prepares for the possibility of engaging him in battle. As tension rises between the Son of Krypton and Bat of Gotham, Lex Luthor (Esienberg) studies the existence of “Metahumans”, and experiments with Kryptonian technology creating a global threat right under everyone’s noses.

In spite of the harsh reviews of film critics, Batman V Superman worked well for me as a Man of Steel sequel, and prelude to future Justice League films – it is about the “Dawn of Justice” after all. Although the decision to turn Man of Steel’s sequel into a Justice League intro allegedly wasn’t in the original plan, the film still managed to seamlessly insert this subplot into the storyline, teasing us with cameos of League members and Bruce Wayne openly suggesting to form a team of Metahumans to protect the world in Superman’s absence. Not to mention the obvious signs of Darkseid being a prominent villain in the DC Extended Universe, as suggested in Batman’s post-apocalyptic “Knightmare”.

The film still follows the darker, more mature tone of its predecessor, in contrast to the humorous, kid-friendlier orientation of Marvel films.  Come to think of it, Batman V Superman’s suitability to a younger audience is questionable, given the fact that it leans towards being brutally violent – with scenes of point-blank shooting, emphasis on collateral damage, and even themes of sex slavery. We also brush lightly on mythology, morality, and religion, and I may even go so far as to say that the depiction of Superman’s godlike status may have taken inspiration from Roman Catholicism, whose saviour also rises back from the dead after sacrificing himself to save humanity.

The film is a visual spectacle, and it exudes an aura of largeness, which makes me think that it may be appreciated best when seen on IMAX. The cinematography is poetic, almost theatrical, and there is a recognizable contrast between the dark and gloomy scenes featuring Batman versus the slightly warmer sequences of Superman. We’re essentially following two narratives in one film, and I guess this is also one of the reasons why some critics thought that the movie had a jumbled storyline riddled with confusing subplots.

But then again, in spite of me siding with the 73% who liked Batman V Superman, the film is far from perfect and there really are some elements, which could have been done better. The political and moral debate on Superman’s presence on Earth for example, could have had more emphasis and would have been an effective dilemma for the audience to anchor on and spark discussion. Batman on the other hand, needed more character development. Unlike Christian Bale’s multi-dimensional Dark Knight who was also a womanizing, splurging billionaire with mommy and daddy issues, Affleck’s Batman was a one-dimensional cardboard cutout, presented only as a sulking, Superman-obsessed vigilante. It’s true that this is still essentially a Superman sequel, but maybe we can give more depth to Batman’s motivations, given that he’s one of the titular characters.

And then there’s Jesse Eisenberg. I know that we’re supposed to hate Lex Luthor because he’s the bad guy but I hated Eisenberg’s portrayal even more. The mumbling, jangled Lex Luthor that he gave us felt like a messy Mark Zuckerberg – Riddler hybrid, which to me didn’t feel compelling enough to be the primary source of conflict in the film. Maybe he would have been better off if Zack Snyder decided to stick to his original plan of having Eisenberg portray photographer Jimmy Olsen (who gets killed off a few minutes into the film), and have Breaking Bad star Bryan Cranston bring Lex Luthor to life instead. It would have been a totally different experience, if you ask me.

If anything, Batman V Superman did well in hyping me up for future DC movies. I can already tell that Gal Gadot would give Wonder Woman justice (yep, pun intended), and I’m looking forward to how Cyborg, The Flash, and Aquaman would come into play. Darkseid would definitely be a fitting answer to Marvel’s Thanos and a valid reason to bring the Justice League together. It’s probably safe to tell that competition between Marvel and DC’s cinematic universes is going to be tough – and I’m happy about it.

Credits to the images and videos used in this post go to “Batman v Superman”, “DC Comics” and/or to their respective owners. I do not own these materials. No copyright infringement intended.