Where’s the Wonder? An “Alice Through The Looking Glass” Review

When a film is marketed as one that stars Johnny Depp, Helena Bonham Carter, Anne Hathaway, and Sacha Baron Cohen – not to mention it being a dedication to Alan Rickman’s memory – you won’t be able to hold back the itchiness to see it the moment it comes out in theaters. Naturally, I came to see Alice Through the Looking Glass on the first day that it was released in Philippine cinemas, thanks to the awesome guys from Globe Telecom who held a movie screening. 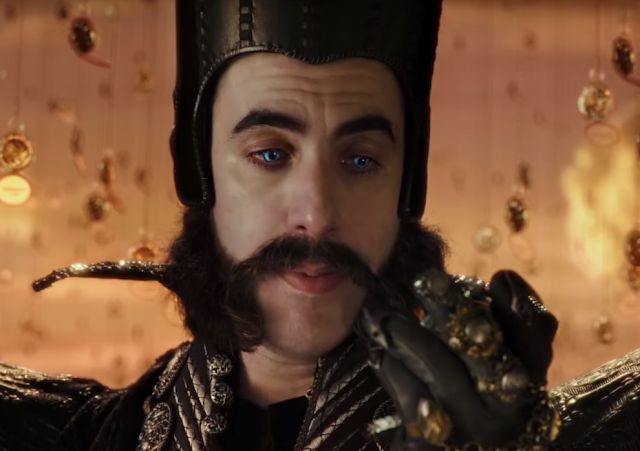 In this James Bobin sequel to Tim Burton’s Alice in Wonderland (2010), Alice Kingsleigh goes back to Underland where she eventually meets the personification of Time, who manages the time (duh) and lives of Underlandians. Alice asks for Time’s help in going back to the past to save the Mad Hatter’s family from the Jabberwocky. After finding out that the Red Queen and Time are acquainted, Alice steals the chronosphere and travels to the past to help the Mad Hatter. However, changing the course of history has its consequences, and Alice later on learns that even though she cannot change the past, she can learn from it.

Alice Through the Looking Glass Trailer

Alice Through the Looking Glass is just as visually stimulating as its predecessor, with undoubtedly expensive CGI, eye-popping colors, and peculiar characters all contributing to this spectacle of a mash-up that’s best appreciated in 3D.  The sequences felt like flipping through the pages of a colorful children’s book, and as I allowed myself to delve into the chaos and crazy of the visual deign, I’d say it’s pretty much how I imagined Alice’s Wonderland would look like.
However, what makes a good children’s book, is not just the visual design but also the storytelling itself. Alice Through the Looking Glass may have excelled in the CGI department, but sadly, I cannot say the same for its storyline. First of all, the closest that the film ventured into Lewis Carroll’s 1871 novel Through the Looking-Glass, and What Alice Found There, is a short chessboard scene where we are demonstrated a re-enactment of the Humpty Dumpty nursery rhyme. After that, it’s a completely different story altogether, and if it wasn’t for the familiar characters, there won’t be anything else that’s Lewis Carroll about this movie. 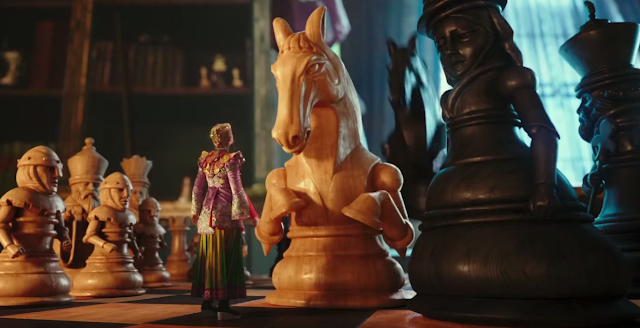 A realization struck me when I was halfway through the film. Alice Through the Looking Glass, it turns out, is an origin film of sorts. The movie shows us how the Mad Hatter came to be the hatter that he is, how the rift between the Red and White Queens began, as well as a glimpse of the childhood of the rest of the quirky characters.
Now I believe this is where the film started to lose its charm. The “origin story” approach has somehow humanized the characters, providing logic and explanation to their identities, which is not aligned with the crazy and chaos that Wonderland was supposed to be. The storyline gave some “sense” to Wonderland, which is problematic because the senselessness of the place is what makes it fascinating in the first place. Alice Through the Looking Glass’ plot ruined this fascination by injecting logic into the wonder.
I remember when I was smaller, I was captivated by the dreamlike randomness of the Alice in Wonderland cartoon classic. It was like a psychedelic movie for kids, and I loved how the scenes became “curioser and curioser” so to speak, especially with the absurdity and ridiculousness of the characters, who may not seem to make sense on the surface but perfectly captures what fun and enjoyment is for children.
This sense of wonder was lost when Alice Through the Looking Glass started presenting the Mad Hatter as a child who had daddy issues, when we see that the Red and White Queens were once simple village girls, and when it was shown that all that sibling rivalry was all because of a childhood lie over tarts. Alice in Wonderland was supposed to be random, illogical, and unreasonable – just like the answer to the Mad Hatter’s riddle, “why is a raven like a writing desk?” Why did this film try to make literal explanations to a perfectly imaginative and dreamlike world?
See also
geoffreview·
Movies
·September 2, 2014

If anything, I did let out a few chuckles at several points in the movie, especially with the puns about Time personified. The Cheshire Cat saying that he was “right on Time” and sitting on Sacha Baron Cohen’s character was hilarious! You can imagine what happened when they played with the phrases “Time flies”, “Time to Go”, and most especially when the Mad Hatter asked, “when exactly is ‘soon’?”
Alice Through the Looking Glass had so much potential especially with its stellar cast, but all those were put to waste by a plot that doesn’t seem to fully understand its source material. If time was money, I say it won’t be well spent on this movie.

Credits to the images and videos used in this post go to “Alice Through The Looking Glass” and/or to their respective owners. We do not own these materials. No copyright infringement intended.