When Food is Rude: A “Sausage Party” Review

Just when I thought The Simpsons and Family Guy have already prepared me for the worst (or best?) kind of profanity in animated films and TV shows, Sausage Party comes along and smashes expectations. In what is essentially a Disney and Pixar parody, you’ll get all sorts of drugs, sex, racial, and even religious references you never thought of seeing in an animated film. 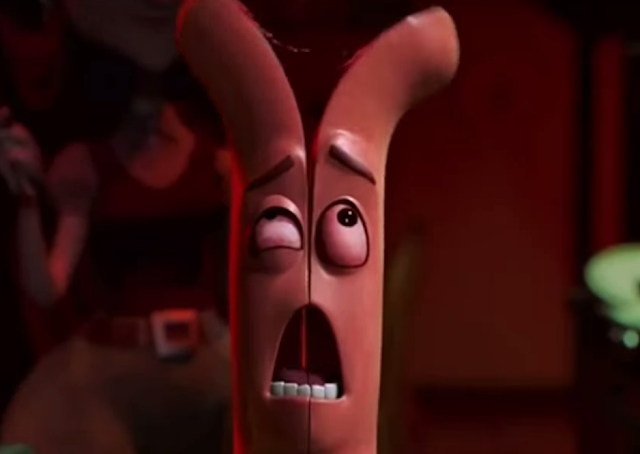 Frank is a sausage (yes, A SAUSAGE!) being sold at a supermarket called Shopwell’s, who dreams of finally being bought by humans who they consider as gods. Just like the other grocery items in the store, Frank believes that being picked by the gods will mean that they will get to the Great Beyond, which is the foodstuff’s own version of heaven. However, when a Honey Mustard sauce who was previously purchased and returned to the shelf, claims that the Great Beyond isn’t the paradise that they thought it is, the supermarket briefly plunges into panic. Now Frank is determined to find out the truth, and he embarks on a journey along the shelves and the aisles to uncover what fate lies before them in the hands of the gods.

Don’t be fooled by the colorful animation and the seemingly harmless characters – Sausage Party is definitely not a movie you’d want to watch with your parents or kids. Just a few minutes into the film and you’d already be thrown into a barrage of profanity, which to be honest still caught me off guard despite already expecting such from this film. I guess it’s just strange to hear animated characters telling each other to f*ck off but frankly, that’s part of what makes Sausage Party interesting.

The bad language though, is only the tip of the iceberg. As the storyline progresses you’ll be treated to sexual innuendos (the lead character is a sausage who wants to get inside his bun-girlfriend), racial stereotypes (Nazi sauerkrauts wanting to get rid of the “juice”), covert religious references, and even actual use of illegal drugs. At some point, I’m confused whether I was feeling disgusted, amused, or maybe a mix of both because apparently, I’m part of the Sausage Party’s niche target audience who, despite the offensiveness, would still find the film to be loads of fun.

Fight and Flight: A ” Pan ” Review 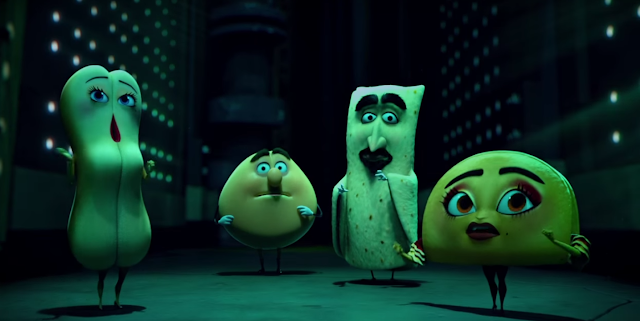 One the surface, it may look like a stupid stoner film but I actually found Sausage Party to be surprisingly smart and creative. Not only is the script riddled with witty food puns, there is also an underlying subversive theme in the storyline that throws jabs at how some people blindly follow beliefs set by established institutions. At some point in the film, the reality of the Great Beyond has been revealed to the grocery items in the supermarket, yet despite the having the truth right in their faces, they still chose to believe in the lies taught to them, simply because the truth is too hard to swallow and too inconvenient to consider. 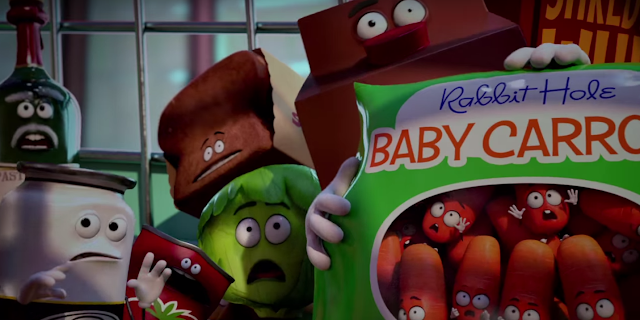 Sausage Party is a fun ride but only to a certain mature audience. Nope, despite being an animation this one’s not for the kids, but is actually something I would watch with my group of friends. Try to keep an open mind and you may actually end up loving this film like I did!

Credits to the images and videos used in this post go to “Sausage Party” and/or to their respective owners. We do not own these materials. No copyright infringement intended.