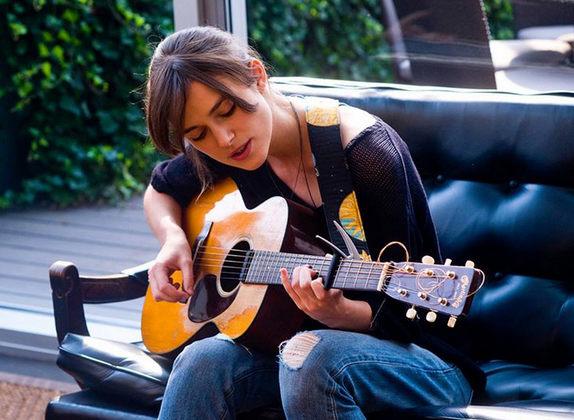 You ever felt like you ought to be somewhere else? For example, you know that you could be a really good dancer, but right now you’re in a cramped-up office cubicle receiving phone calls. Or maybe you have a passion for painting, but you ended up managing your family’s business that you totally have no interest in. Ever felt that way?
I have had similar thoughts and even though I’m very much thankful for where I am right now, there’s this small voice inside of me telling me to do something else. I didn’t mind this voice very much, until last week, when I went to see movies and finish a book.

Step Out of your Comfort Zone

So I went to the cinemas to see Step Up All In (Thank you GMovies for the FREE passes!) with a good friend that I used to dance with back in High School. Remember those dancing competitions you used to have during Nutrition Month, or those inter-school competitions your PE teacher made you join? Yeah, we were a part of those every year, and we thought that Step Up may be a good movie to make us reminisce. 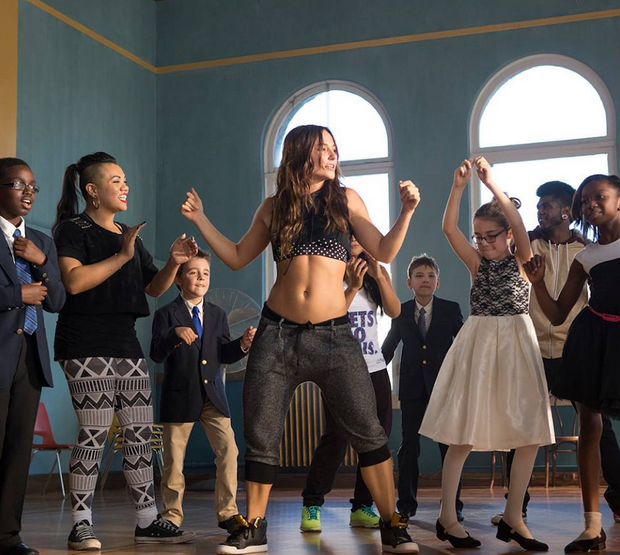 Step Up All In is basically about a dance crew made up of previous Step Up stars training to win a contest in Las Vegas. The movie used the same formula as the other Step Up movies: the crew gets formed, they start to have internal issues, they reconcile, then it’s a happy ending – with awesome dance routines all throughout.

Now this latest installment of Step Up comes with a moral story. You see, the crew members had to face the reality that dancing isn’t going to pay the bills, make them warm food, or buy them new clothes. When you’re a start-up crew, it’s usually endless auditions and crappy pay until you get a big break  – and that’s if you’re lucky.
However, in spite of these harsh truths, most of the crew didn’t have second thoughts about leaving their boring day jobs so they can join a dance competition. If they win, they’ll get a big break, but if they don’t, life could be worse for all of them. It was a huge risk to take but everybody probably just thought, “the heck, this I what I love, and this is what I wanna do!” They pursued their passion, and that made them happy.
I slept that night wishing that I could do the same thing.

Don’t be afraid to Begin Again

The next day, I was in the cinemas again (because hey, thank you GMovies for the FREE passes!) to mark another must-watch movie off my checklist: Begin Again.
Begin Again tells us about Dan, a run-down music producer who just got fired from his own company because apparently, his passion for music is far greater than generating sales. This led him to a drinking binge where he meets Greta, and finding that they have the same love for music, they decide to make a record showcasing New York. 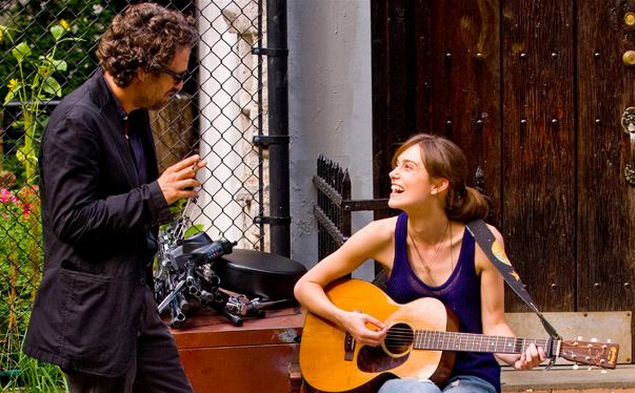 Both of these characters went through the toughest trials in their lives. Dan is practically homeless after he gets kicked-out of the company he himself built, while Greta is going through depression after finding out his fame-whore boyfriend cheated on her. In spite of these challenges, they discovered love in each other through music, and support in their mutual passion for the arts. Following their dreams have been a tough choice and it took its toll on them, but they weren’t afraid to let go of what they have and begin again.
So this is another movie which tells us that you can only be truly happy if you’re doing what you love (or who you love? LOL kidding). These movies have been encouraging that voice inside of me to yell louder.

The Witch of Portobello Asks, “What would you be?”

It has been a part of my morning routine to read a book when I’m having my breakfast. For the past weeks, it has been Paulo Coelho’s “The Witch of Portobello”. It’s “the story of a mysterious woman named Athena, told by the many who knew her – or hardly at all.” 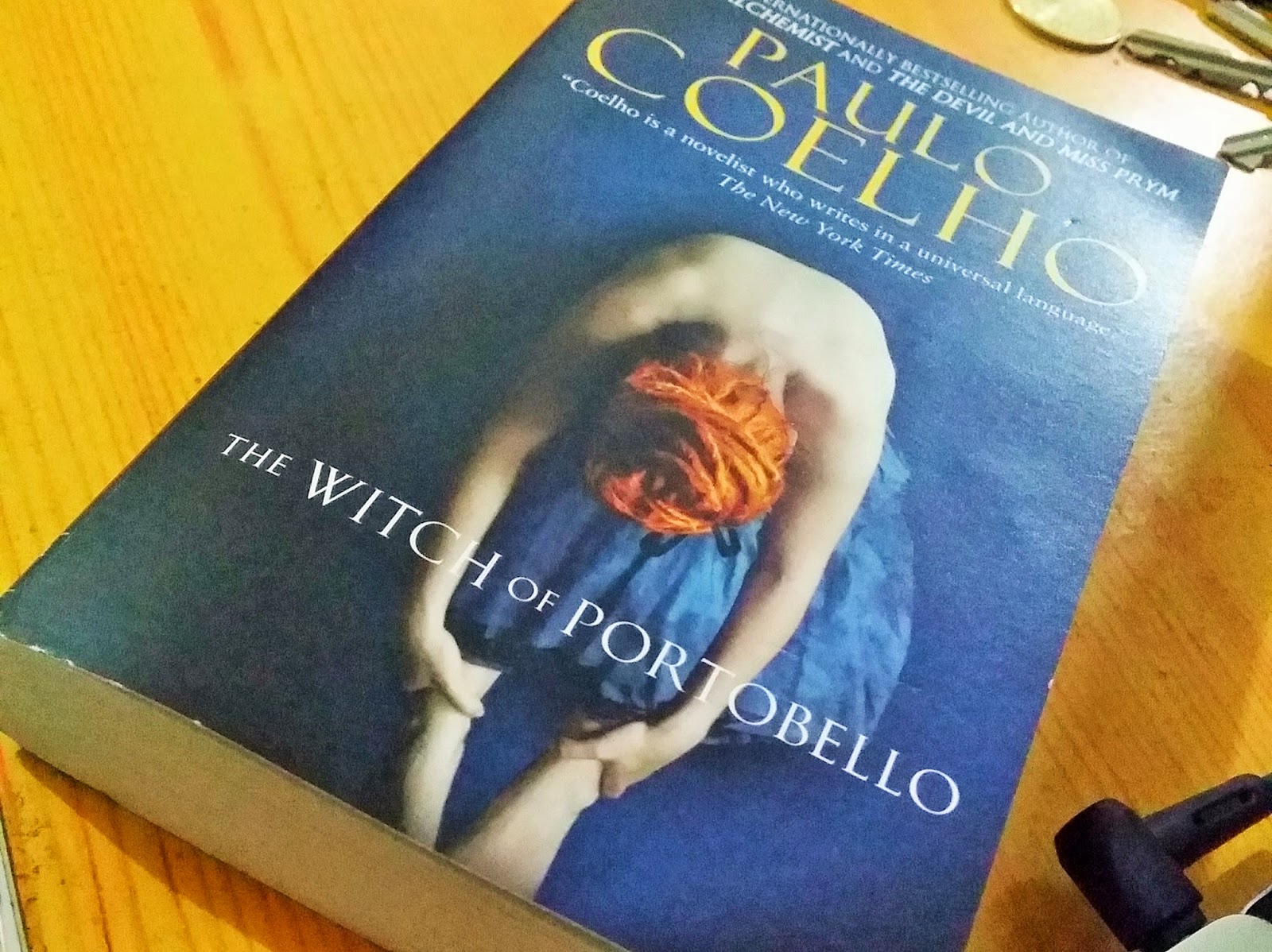 I was sipping on my Swiss Miss one morning when I came upon this part of the book:
“My protector then asked: ‘If you weren’t a biologist, what would you be?’ I said: “A blacksmith, but they don’t earn enough money.’ And he replied: ‘Well, when you go tired of being what you’re not, do and have fun and celebrate life, hammering metal into shape. In time, you’ll discover that it will give you more than pleasure, it will give you meaning.’”
Now this was spot-on! I actually felt like the book was speaking to me through Athena’s story. Are these signs I am seeing?

Go where the magic happens

I asked myself the same thing. If I wasn’t an account manager, what would I be? It didn’t take me long to realize that I would probably be an actor. I can imagine myself in a small theater, performing in front of an intimate audience. Or maybe I can be a movie actor? After all, I love movies, so why not entertain the idea of being in one? 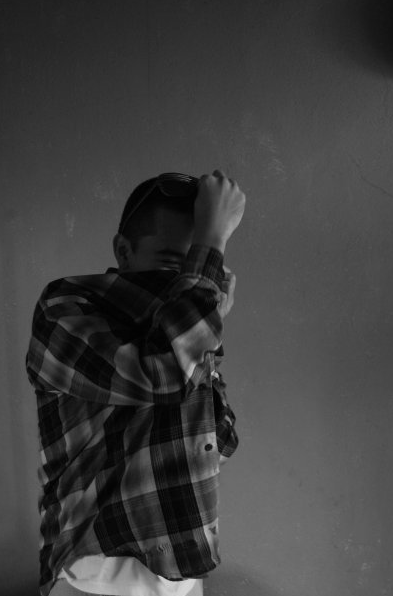 But just like in the excerpt of The Witch of Portobello, I’m not sure if being an actor would earn me enough money for a comfortable life. I don’t have the guts of the guys from Step Up All In, and actually pursue what I wanted to do. If I chase my dreams, I would have to begin again, and I’m not sure if I can do it right.
I can hear the message to take risks, to go out of my comfort zone, to have the courage to start all over again because I’m tired of being what I’m not. If I wanted to be an actor, then I should go ahead and audition for roles. If dancing is my calling, then I should start rehearsing. Lately the world seems to be telling me to pursue my love for the arts. But I’ve been too deep into the system already that it’s hard to let go of what I have right now.
See also

Don’t get me wrong, I’m not complaining, because I have a very comfortable life and I’m definitely luckier than a lot of people around me. But what if I’m a biologist, who deep inside, really wanted to become a blacksmith?

I hope I find the courage I needed soon. I hope I find the resolve of the crew in Step Up All In, who didn’t have second thoughts about doing what they love. I hope that I soon lose my fear of beginning again, of losing what I already possess to get what I really wanted to have. I hope that in time, I will discover that being myself will give not just pleasure, but also meaning.
I hope that I soon find the courage to step out of my comfort zone. Because it’s where the magic happens.

Credits to the images and videos used in this post go to “Step Up All In”, “Begin Again”, “The Witch of Portobello” and/or to their respective owners. I do not own these materials. No copyright infringement intended.