You know those movies that you are 95% sure would be a disappointment but you still go ahead and see it anyways? Warcraft: The Beginning would be a legit example. 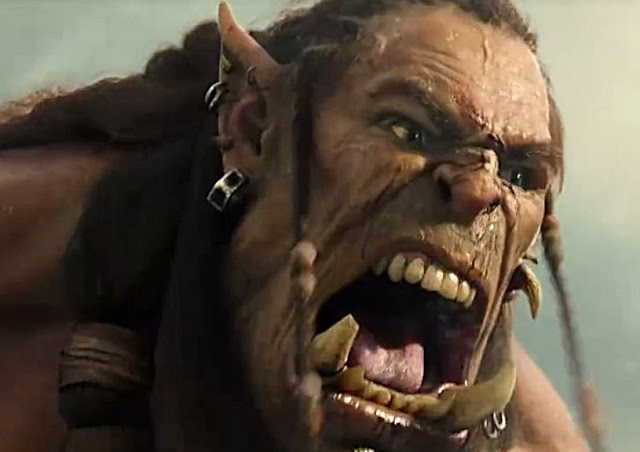 With a plot that seemed to make sense only when you’ve actually played the game, Warcraft: The Beginning takes us to the fantasy world of Azeroth, at a time when it is being ravaged by Orcs whose own world has already died. With the help of the power of the Fel wielded by Gul’dan, the Orcs were able to raid human villages in no time, sacrificing human prisoners to fuel the portal that will bring in the Horde.

However, the Orc Durotan – chieftain of the Frostwolf clan, realizes that Gul’dan’s power brings only death wherever it goes, and he’d know better than to entrust his people to the Fel. Out of desperation, Durotan tries to strike a deal with the humans in order to save both Azeroth and his clan. Little did they know that somebody more sinister is working in the shadows, setting the stage for war.
In spite of the huge investment on heavy CGI,I can’t help but think that Warcraft: The Beginning wasn’t really aiming to go big primarily because it seemed to be targeting Warcraft fans only. I say this because if you haven’t previously played the game or are unfamiliar with its storyline, it would be a challenge to relate with the film, and those who are not accustomed to Warcraft as a game may be alienated from the movie’s story.

If you’re a fan though (or someone who has actually played the game like me), you may be able to appreciate it just for the sole reason that this is an adaptation of one of your favorite childhood computer games. You won’t say that the movie per se is good, but since this is something that’s close to your childhood, you go ahead to see and try to enjoy it anyways. Pretty much like seeing your best friend dancing on stage. He sucks at dancing but you go ahead and cheer for him because hey, he’s your best friend.
To be fair with Warcraft: The Beginning, it is, for the most part, loyal to the game it was based on. The film’s storyline was parallel to the game’s, and its emphasis on detail was noteworthy – the structures, the armor, and clothes of the characters are reminiscent of Warcraft. Game-players would also find amusement in the minor details that mirror the computer game – like how some characters need to go back to their “home base” to recharge mana, hexing enemies to turn them into sheep, and how runes and teleportation are skills that can turn the tide during battle.

Did You Catch That Valak Cameo + Annabelle Creation Review

However, even if you have an innate love for Warcraft, it’s not easy to shake off the film’s lack of star-power, and the virtually unknown cast didn’t help in making the movie appealing to non-fans. It’s like these are the set of actors that you would see from a computer game cut-scene, and not for a high-budgeted Hollywood movie. I guess the CGI ate up most of the budget that there was none left even for just one recognizable face among the cast.
If anything, there’s no doubt that Warcraft: The Beginning was a visual treat. The CGI may not be 100% realistic but it was a spectacle to see, and if there’s any reason why the uninitiated may want to see this movie, it has to be because of the special effects. Best appreciated in 3D.
Warcraft: The Beginning is definitely not for everyone, as those who may find joy in it are only those who are already familiar with Warcraft. To those who have played the game – this is an enjoyable chance to reminisce and see the characters you once played for come to life. But for the rest, it may feel like a lamer version of The Lord of the Rings.

Credits to the images and videos used in this post go to “Warcraft: The Beginning” and/or to their respective owners. We do not own these materials. No copyright infringement intended.