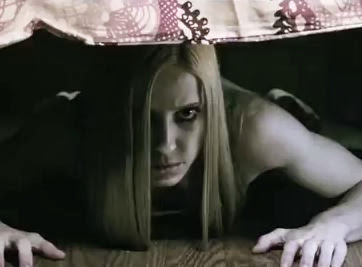 I didn’t want to sound pessimistic by kicking the year off with a “Wort Movies” post, but I’ve been seeing a lot of Best “Whatever” of 2013 posts already so imma give you a break and be a little bit different.  Let’s just say I’ll be doing you a favour by letting you know which movies to avoid in case you haven’t seen some of these yet. Shall we?

“I actually rolled my eyes several times when I watched this film… A zombie-human love story? This has got to be the worst (and most stupid) case of necrophilia and Stockholm syndrome there is. As if falling in love with vampires and werewolves weren’t enough. The writers probably thought, “Okay, zombies are in. And falling in love with predators is in. So let’s create a zombie love story!” The Heck.”

“The film relies heavily on startling the audience instead of actually scaring them. You know those scenes where someone or something suddenly appears on the screen and your heart skips a beat, only to find out it’s just the pet cat trolling the main character? This is what the movie does. Getting actually scared is different. It is when you’re disturbed and the scene haunts you even after you leave the cinema.

“I couldn’t find any element of the movie that I liked. The script was very poor (it’s actually the first thing I wrote on my notes), the acting was amateur, and the plot was not something we haven’t heard of before. The only time that I tried to focus on the movie was when there was a sex scene (ahem), but even that was poorly executed and not sexy at all even for sex scene standards.”

“What started out as what seemed to be a disaster movie, eventually became frenzied gore-porn, which then transformed into a suspense thriller, and finally concluded in what could be one of the lamest endings there are. It didn’t focus on one genre but instead, became a half-cooked mash-up of different varieties. The film’s emphasis at gore-porn just made it worse, to the point that I wished for the movie to end right away so I can leave the cinema asap, rush to the refuge of my bed covers, and try to start moving on from the trauma this film has caused me.”

The Diplomat Hotel – Check out my full review here

“What would have made this movie stand-out, is the fact that it is shot within a real-life haunted place, adding some hint of truth and authenticity to what goes on in the film. However, the movie was not able to fully exploit this potential and the “given” fear that was supposed to be already provided by the setting itself, gets lost because of the weak script and poor acting performance.’
I don’t want to give the impression though that 2013 has been a year of bad films. There are lots actually that I loved, although I have to admit that I wasn’t able to see every one that was worth seeing (or not). How about you, what movies last year made you pull your hair?

Credits to the images, videos, and materials used in this post go to  their respective owners. I do not own these materials. No copyright infringement intended.