Titanic Disappointment: A “Shingeki no Kyojin: Attack on Titan” Review 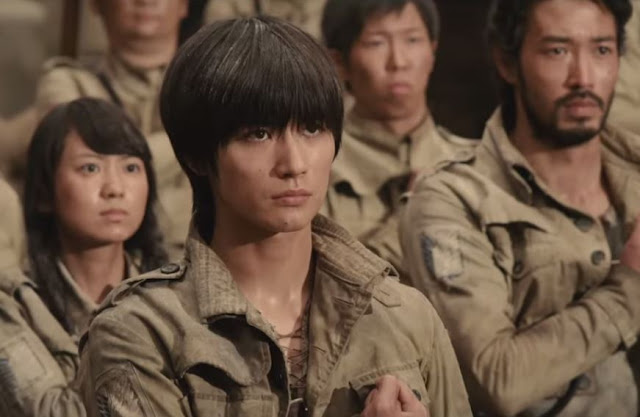 Is it just me or is this week starting to be a collection of cinematic disappointments? I just saw Fantastic Four 2 days ago and I’m telling you it sucked so bad that at some point it was actually ridiculous. You can just imagine my frustration when fresh from that failure, I was propelled into a bigger disappointment when I went to see Attack on Titan. To me it feels a whole lot worse because I was actually looking forward to this live-action adaptation, and I’m huge a fan of the anime. The success of Rurouni Kenshin and the beauty of the material that the filmmakers had to work with, gave me high hopes for the movie, but it only got me high enough for it to let me free fall down harder.

So what makes the live-action version of Shingeki no Kyojin: Attack on Titan one titanic fail? Oh god I don’t even know where to begin.

The Plot is significantly different from that of the Anime

The movie basically worked on the same premise as the anime, but the filmmakers probably used too much of their artistic freedom, and deviated unreasonably far from the original story. Admittedly, I wasn’t able to read the manga but I religiously watched the anime (even the OVAs), and I know enough to be able to tell that we were following an entirely different plot in the movie. I wouldn’t want to tread too far on to spoiler-zone but to give you an idea, in the movie we see Mikasa getting separated from Eren and Armin, and she wasn’t with them during their training.

Significant elements in the Anime were ignored by the film

The best example would be that in the Anime, humanity has never seen a female Titan, that is until an incident where one mysteriously appeared out of nowhere (which was a big deal when it happened). In the movie however, we see a lot of Titans with female features. Now the movie does not blatantly describe them as “females” but the feminine features are strong suggestions. We also didn’t get to see the Armored Titan, which supposedly made an appearance shortly after the attack of the Colossal Titan. 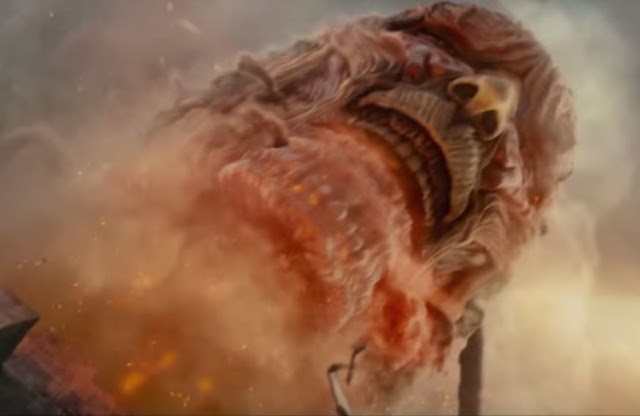 This may not be considered as “significant”, but I know that there’s some confusion with Armin’s gender when manga creator Hajime Isayama indirectly referred to him (or her?) as a woman. The movie clearly portrayed Armin as a guy, so maybe this is an informal announcement that Armin is a man after all? Either that, or somebody didn’t do their research.

All the characters in the movie look Asian

Not that I have a problem with the movie having Japanese actors, but don’t you think the names “Jaeger” and “Armin” sounded a bit more European than Asian? Now I’m not claiming to know all the nationalities of the Attack on Titan characters, but those names should have been clues that not everyone’s supposed to be 100% Japanese, don’t you think? But then again, it’s no big deal to me.

CGI was crappy, and the action so-so

Here we go again with half-baked CGI. One of the things I hate the most in some films is when it is evident that the background is merely just a green screen. You know, when the edges of the characters are blurry and they seem to be just embossed on top of a flat background.  I hate it when this happens because it breaks the illusion and ruins the moment. CGI would have been one of the most critical elements in Shingeki no Kyojin, especially with the Titans running around and making a buffet out of humanity. Sadly, these monsters looked fake and they felt to be in an entirely different dimension. The basic brief would have been to make the audience feel so small when they see the Titans but nope, never felt that way.

The action was also one of the things I was looking forward to. I was hoping to see unique action sequences and choreography, especially that the fighting style that we see in Shingeki no Kyojin is also one of a kind given the use of the 3D Maneuver Gear. What I saw in the cinema though were dull and uninspired. No adrenaline pumping moments for me back there.

The live-action characters were inconsistent with the anime counterparts

One of the reasons why the live-action Rurouni Kenshin was such a hit to fans was that the portrayal of the characters in the movie was loyal to the ones they see in the anime and manga. Casting was done in a way that the actors closely resemble their anime counterparts, and rightly so because this is an adaptation after all. And I’m not just talking about looks here. The personalities and event he mannerisms of the characters were consistent.

As you may have guessed, the opposite is true for Shingeki no Kyojin. Although the looks may be close for some  characters, the personalities for most of them were a bit off, even for the lead characters. There are also some characters in the movie who I don’t remember seeing in the anime.
***
I’m sorry I didn’t mean for this review to become a rant, but it’s just disheartening when you’re a fan and you don’t get what you were expecting. Don’t get me wrong though, I’m all for making changes to the original material for it to be applicable for the big screen, but these changes have to be done to improve the entertainment, not ruin it.

Oh well, I guess I can hope that the second part of the movie that’s coming this September would be an improvement. Although let’s not get our hopes too high up again.

Credits to the images and videos used in this post go to “Shingeki no Kyojin: Attack on Titan” and/or to their respective owners. I do not own these materials. No copyright infringement intended.