Total
0
Shares
0
0
0
I know some of you are probably busy taking online quizzes to know “Which Inside Out Character are you?”  (I haven’t taken any coz’ I’m pretty sure that I’d be Anger), but I think you’ll want to make some time for these “shorts” from the Inside-Out movie.
Part of the film’s charm and humor comes from the fact that we also get a glimpse of the Emotions inside other people’s heads aside from Riley. We get more of this fun during the post-credits, where we see the Emotions in people (and even animals) in the neighbourhood, including some boy that Riley meets in one of her Hockey matches. 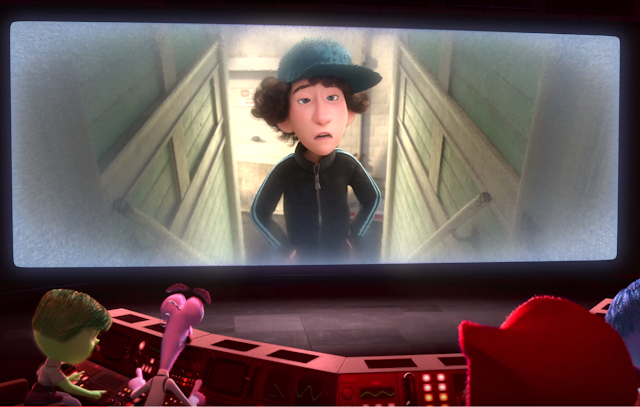 Turns out that that wouldn’t be their last meeting! Apparently, the boy pays Riley a visit in her house. Are they going out for a date?? If so, how are Riley’s parents  – specifically their emotions – going to feel about this (it’s weird how Emotions have feelings but whatever)?
Now we know by now that Riley’s terrified of Jangles the Clown. But what else could she be afraid of? Possessed shoes it would seem.

Other than Jangles the Clown, Riley’s  Subconscious is filled with other terrifying things – like broccoli. But what do you think would be more disgusting for Disgust: Brocolli or a piece of grape that fell on the floor? Oh well, good thing we have the 5-second rule to back us up.

Given how these shorts can be pretty amusing on their own, an Inside Out cartoon series won’t be too bad, don’t you think?

Credits to the images and videos used in this post go to their respective owners (including, but not limited to Inside-Out, Disney UK, CBR Trailer, Monde Animation). I do not own these materials. No copyright infringement intended.